LATEST NEWS
Home Who We Are

Nenagh Éire Óg (Éire Óg An tAonach) play in navy blue and sky blue and field teams in hurling, Gaelic football and Camogie while the handball arm of the club is growing fast. Éire Óg are nicknamed the Blues and the club’s home field can be found at MacDonagh Park on St Conlon’s Road, Nenagh.

Crucially, however, we are not simply interested in developing our playing population. We are also interested in attracting volunteers who are interested in becoming coaches with the club and administrators of the club.

There are plenty of very practical ways in which you can help your club.

So, if you are interested in lending a hand drop us a line.

The Nenagh Éire Óg Code of Ethics, Conduct & Practice can be accessed here. 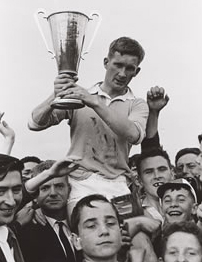 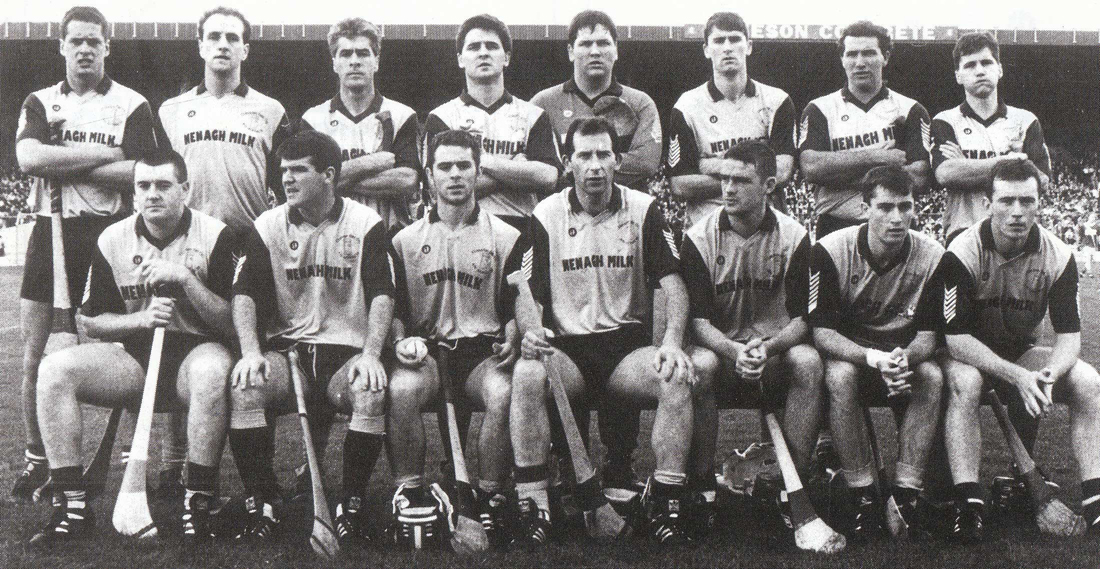 The redeveloped Éire Óg complex was unveiled in 1989.

The club grounds at MacDonagh Park have undergone a long history of development to arrive at what today is a sports and leisure complex that club members and the community generally can be proud of. Indeed, Sunday, September 27th 1942 saw the fulfillment of the hopes and dreams of a number of staunch GAA people in Nenagh and throughout north Tipperary when the club grounds situated at MacDonagh Park, Nenagh were officially opened. The whole project cost £2,510 at that time. The first committee were: Chairman Frank McGrath, Vice-Chairman Tomas Cleary, Secretary Martin Gleeson, Treasurer Patrick McGrath. Committee: Patrick Hackett, Matt Hogan, Pat Crowe, Michael Brennan, James Mackey, Dan O’Keeffe, John Dwyer, Con Cleary, WJ Chadwick, James O’Sullivan, Tomas Costello, J Rice and Michael Moylan.

In March 1987 a committee under the guidance Ger Gavin and other club officers including Jimmy Morris (Treasurer) and Jimmy Minogue (Secretary) set out with the aim of building a facility which reached fruition in 1989 when ‘The Complex’ was officially opened by GAA President John Dowling. The committee that made this possible comprised of people from all walks of life within the parish. Their dedication and commitment could not be equaled and they can, without question, take their proud place in the club’s history. In 1997 a magnificent new stand was added and officially opened by GAA President Joe McDonagh. Meanwhile in 2005, a state-of-the-art hurling alley was added to complete what is today a sports and social facility the people of Nenagh and the community at large are very proud of. 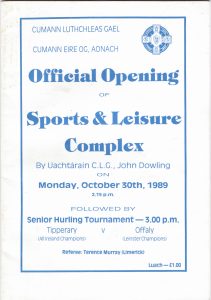 Please click on the following link to download a copy of the match programme from the official opening of the stand in 1997.

Hurling enjoys a storied history in Nenagh. Indeed, the game was played in the town long before the Gaelic Athletic Association was founded. The first game played under the new rules after the founding of the GAA was between a Nenagh team, John Mitchell’s, and a Lorrha selection. However we have to wait until 1915 for Nenagh to win its first senior title (North Tipperary) when they defeated Moneygall in the final. Some of the names to feature on that team were: Frank McGrath, Billy Flannery, Bill Coonan, Mick Egan and Martin Ayres.

Following 1915 and a troubled period in Irish history hurling it was not until 1926, with the emergence of the Red Rovers, that hurling came to the forefront again. This Red Rovers team was drawn from a small area of the town around the Birr Road and the Turnpike. The team was drawn from a small number of families with very many brothers being involved. They subsequently changed their name to Éire Óg. Some of the prominent players from that period were Bobby and Tucker Morgan, Chris Kennedy, Dick Hogan, Paddy Rohan and John ‘Hyder’ Ryan.

The old Nenagh club was still in existence at this time and drawn mainly from around Pound Street. There were many sterling duels between these two teams. It was after witnessing one such duel that a local curate Fr Hayes decided to try to amalgamate the two teams – he succeeded and the clubs were united in 1947 under the name St Mary’s.

The new club had instant success winning the north intermediate title and county junior title in its first year. Some of the people involved in this new St Mary’s team were Jack Nolan, Billy O’Brien, Eddie John McGrath, Tom Brophy, Jimmy Spearman, Toddy Bolger, Chris Kennedy and Bart Coffey. They contested a north senior final in their early years, but success at senior level eluded St Mary’s. There were however many successes at minor level with one particularly noteworthy occasion in the 1950s when St Mary’s won the north minor hurling and football titles on the same day with 11 of the hurlers going straight back onto the field to assist in winning the football final. 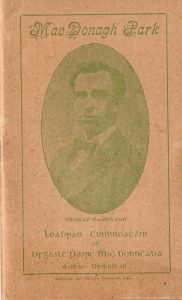 Please click on the download link beside this photograph for a PDF of a booklet published to celebrate the original opening of MacDonagh Park in September, 1942

St Mary’s and Éire Óg have supplied many 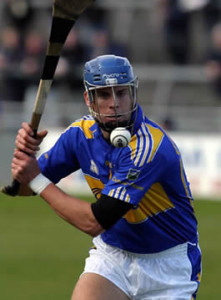 players to Tipperary teams, especially at minor level. It was a common occurrence during the 1940s and 1950s to have two and three players from the club represent Tipperary at minor level and many of these Tipperary teams won All-Irelands. At senior level the most prominent player from the club is of course Mick Burns who holds five All-Ireland senior medals (1958, 1961, 1962, 1964 & 1965) and Johnny McGrath who was a member of the 1958 All-Ireland winning team.
Many other players from the club have played senior with Tipperary down through the years, but 1989 stands out as a milestone for the club with three players – namely John Heffernan, Conor O’Donovan and Michael Cleary – featuring on the Tipperary team that finally bridged an 18-year gap to capture an elusive All-Ireland title.
It is also interesting to note that Kevin Coonan was the first player from Éire Óg to captain an All-Ireland winning football team when he captained the Tipperary junior football team to success in 1998. The club were also represented on this team by Chris Bonnar and Jim McAuliffe while Martin Healy was a selector.
In 2010 Éire Óg’s Hugh Maloney and Michael Heffernan were members of the Tipperary panel which so famously dethroned Kilkenny in the All-Ireland final.
In 2016, Éire Og were represented on the Munster and All-Ireland winning Tipperary Senior Panel by Barry Heffernan and Daire Quinn. The same year also saw Andrew Coffey claim a spot on the U21 Team of the Year for his performances with Tipperary, and Jake Morris play a leading role with the Tipperary Minor team who won Munster and All-Ireland titles, with Jake winning the man of the match in the Munster final.

Pictured above right is Éire Óg’s Hugh Maloney who has played on
eighteen occasions for the Tipperary senior hurling team.

Great credit is due to Boysie Hogan, Eamon Spillane and Christy Collins for re-organising the handball section of the club and coaching the boys and girls.

The town of Nenagh is renowned for its handball champions. The game flourished and set a high standard particularly during the years 1930 to 1960. Handball in the 1920s was played at the alley in Pidgeon’s Land, Silver Street. Then the Shamrock Club 3 Ball Alley in Silver Street, to which a back wall was added, was the main source of action. Many of the town’s champions sprung from this court. The CBS Alley in John’s Lane was a great nursery and played a big part in developing many of the champions from the ’40s to ’60s.

Due to the lack of a court in Nenagh for a long number of years handball has not been developing as we would wish however Nenagh Éire Óg had the foresight to include a very modem 40 x 20 court in the Complex at MacDonagh Park.

Players who have won All-Ireland medals with Tipperary

North Tipperary Hurlers of the Year

North Tipperary Footballers of the Year

To view the match programme from this game, which was produced by the Éire Óg juvenile club, please click here. 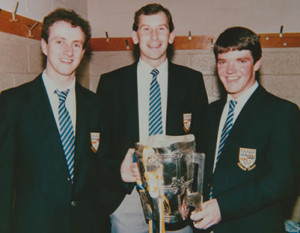 In all, four players from our club have represented Tipperary in All-Ireland football finals. The All-Ireland junior football final of 1998 was when three players were involved. They were captain Kevin Coonan, Jim McAuliffe and Chris Bonar. Mark Sheahan won a senior All-Ireland B medal in 1995. 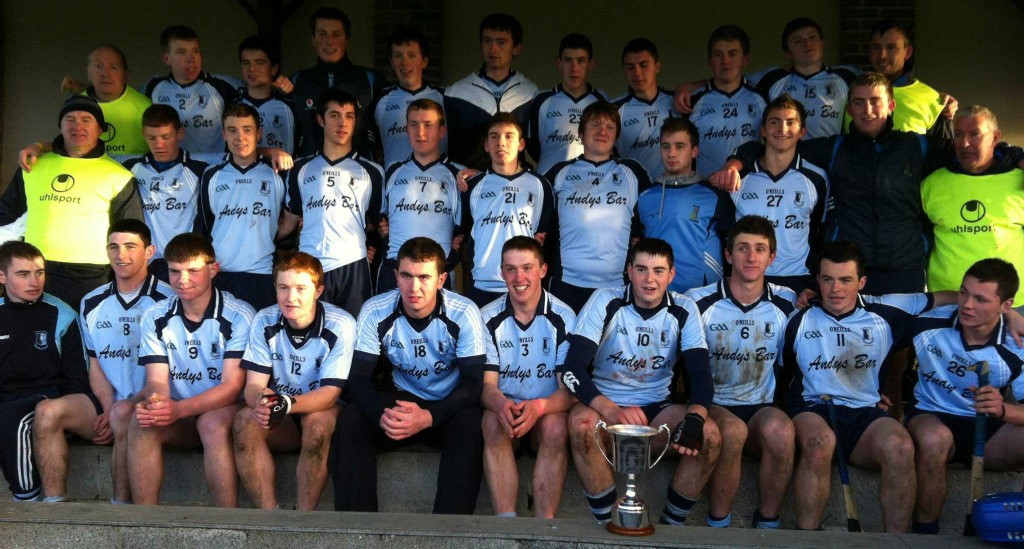 In terms of financing the Éire Óg committee engage in a number of activities. However the two main sources of club funding are membership and the club lotto. Club memberships and the club lotto go a long way toward maintaining the activities of the club which work for the benefit of the local community. In short membership fees and revenue from the club lotto is funneled toward: the maintenance of facilities, playing equipment, affiliation fees, insurance, utility bills, team preparation and other administrative costs.

The weekly club lotto costs just €2. And, you can buy a ticket in a number of the local shops, from a member of our team of lotto sellers or you can consider buying a yearly ticket for €100. Alternatively, of course, you can play the Éire Óg club lotto online – click here!

Éire Óg are, of course, very grateful to our sponsors.

Rody Boland’s, Rathmines, took on Sponsorship of our Senior Hurling Team this year. A great spot to stop in when in Dublin, especially on days when Tipperary are playing in Croke Park. Rody Boland’s is located at 12-14 Upper Rathmines Road, Rathmines, Dublin 6. Phone: 01-4970328. rodybolands.com. The proprietors are former Nenagh man Kieran O’Meara and his son Brian.

Nenagh Éire Óg encourages all members to support the business activities of our club sponsor(s) whenever possible and practical.