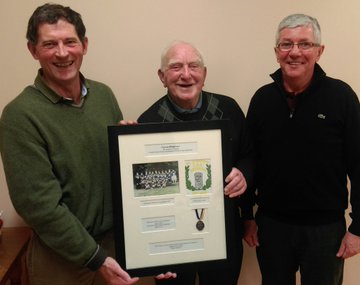 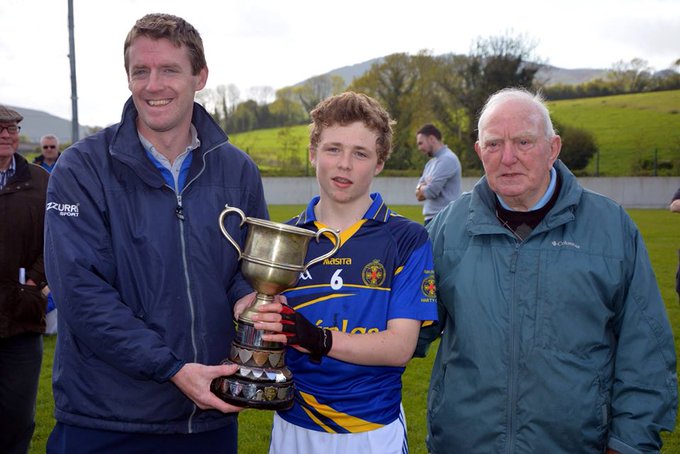 We wish to extend our sympathies to the family and friends of the late Brother O’Connell who has recently passed away. Since 1967, Brother O’Connell worked extremely hard to promote the Rice Cup competition and won it in 1969 when he took charge of Our Lady’s Templemore after they defeated Charleville. He later transferred work to St. Joseph’s CBS, Nenagh and won it for a second time as manager in 1988.

He took on the role of secretary, chairman and president of the Rice Cup committee and coached hurling in Nenagh CBS for many years with countless numbers of our players benefitting from his expertise. In 2017, St. Joseph’s CBS made a presentation to him to thank him for his many years of service to the competition and it was made by former Nenagh Éire Óg player, Mr. Paul Dolan.

Those of us who were taught by Br. O’Connell will remember an enthusiastic, kind-hearted and caring man who always had the interests of the students first. His enthusiasm passed on a love of Science and Religion to all his pupils.

To his brothers Sean and Daniel, sisters-in-law Chrissie and Noreen, his nephews, nieces, Brothers in religion, relatives, the staff and students of Nenagh CBS and his wide circle of friends we offer our sincerest condolences.

His funeral arrangements can be found here.

Mr. Paul Dolan, along with Mr. Paddy Kelly, makes a presentation to Br. O’Connell in 2017.