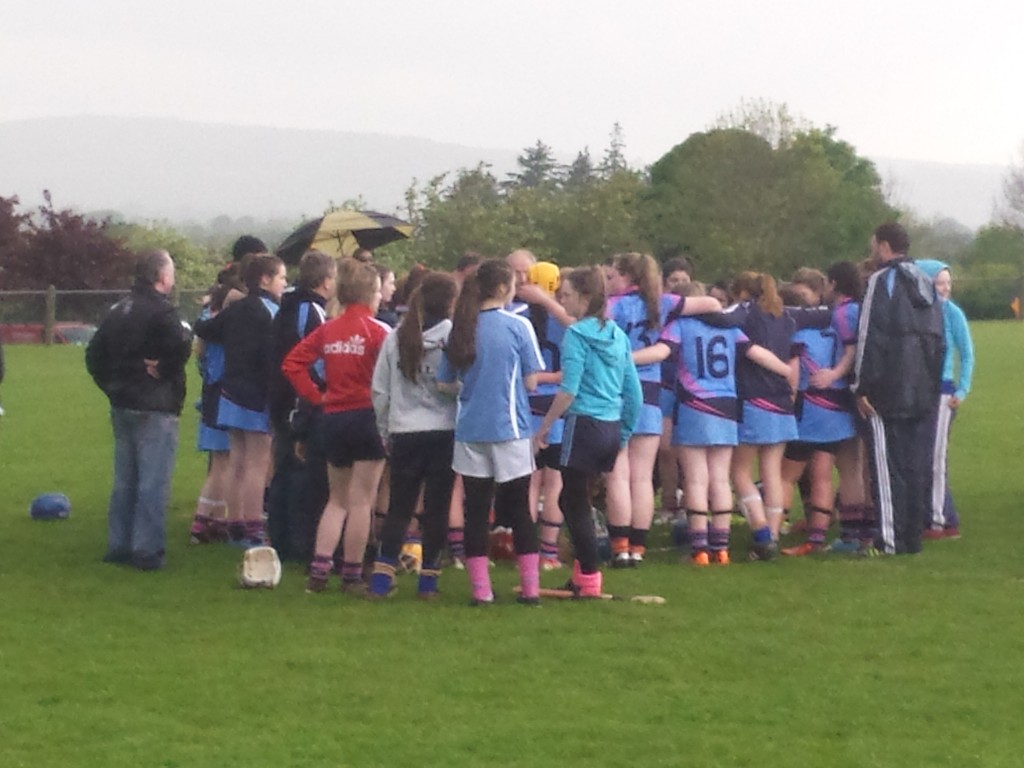 There were tears and broken hearts at The Ragg on Monday when a spirited Nenagh Éire Óg team lost the county under-14A Camogie final to Newport. The Blues gave it their all in an enthralling contest and lost nothing in defeat. Indeed, the girls were a credit to everyone associated with the team.

Entering the game as underdogs Nenagh Éire Óg begun in determined fashion and set the tone when Caroline Brown set up Maeve Hassett for a rousing hand-passed goal as early as the fifth minute.

The Newport goalkeeper made a fine save to deny Maeve Hassett a second goal in the ninth minute before Becky McGrath fired over a great point in the tenth – 1-1 to no-score.

On the counter-attack Newport scored a goal of their own in the 12th minute, but Éire Óg pressed forward with the Newport ‘keeper pulling off a series of fine saves to deny Caroline Brown and Maeve Hassett in the closing minutes of the first half.

Six minutes into the second half a Newport free leveled it up before Ella Carey pulled off a stunning save in the tenth minute to deny Newport a certain goal.

Two points forced Newport two clear with ten minutes to play. Ella Carey saved once more in the 16th minute of the second half, but the Nenagh ‘keeper was beaten a minute later and Newport now led 2-3 to 1-1.

Nenagh Éire Óg poured forward in search of scores and were rewarded for their determination in the first minute of injury time when Caroline Brown buried Maeve Hassett’s clever cross – 2-1 to 2-3.

The Blues pressed hard for another goal, but Newport struck for a third three-pointer on the counter-attack and were crowned county champions.