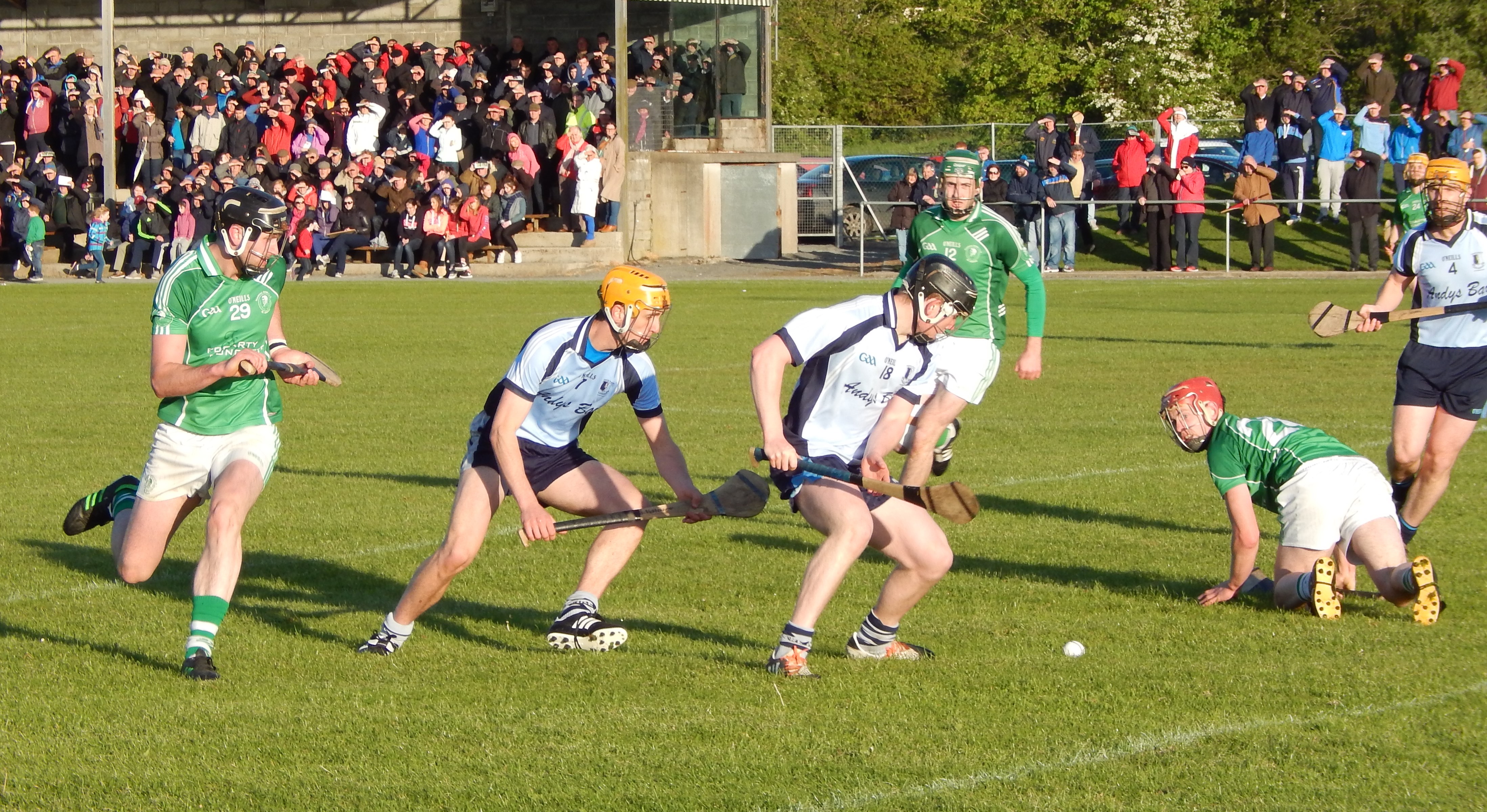 A superb performance from the Templederry Kenyons at Dolla brought the Blues’ reign as north Tipperary senior hurling champions to an end on Sunday evening.

Éire Óg played into a strong wind in the opening half and took the lead in the second minute thanks to a Michael Heffernan point. Templederry hit back with a Pio Kennedy goal before a Donnacha Quinn free in the third minute left one between them (0-2 to 1-0).

Éanna Murray and Donnacha Quinn then traded points before a Donnacha Quinn ’65 tied the game (0-4 to 1-1) in the ninth minute. In the 11th minute Donnacha Quinn’s smartly-taken free found an unmarked Tommy Heffernan and the centre-forward handed Éire Óg a narrow advantage.

To their credit Templederry hit back in great style with points from Éanna Murray (two frees), Brian Stapleton and Adrian Ryan forcing the Kenyons into a 1-5 to 0-5 lead by the 15th minute.

Paddy Murphy and Andrew Coffey responded for Éire Óg to reduce the margin to one while Philip Hickey was left cursing his luck in the 23rd minute when Kenyons ‘keeper Mathew Ryan saved well from the Blues’ corner-forward.

Gearóid Ryan and Michael Heffernan then traded points from play before Michael McNamara got down well to save from the raiding Pádraig O’Leary in the 25th minute. Templederry, however, closed out the half impressively when two Éanna Murray frees helped the Kenyons into a 1-8 to 0-8 interval lead.

Éanna Murray (free) struck once more in the opening minute of the second half and Templederry now led by four. Éire Óg responded through Donnacha Quinn (free), but a series of wides frustrated the efforts of the Blues somewhat.

Adrian Ryan and Michael Heffernan then traded scores and with twenty minutes to play Templederry led by three (1-10 to 0-10).

Entering the final ten minutes Templederry led by four and stretched their advantage to five in the 51st minute when Darragh Carey landed a point from play (1-15 to 0-13).

Points from Michael Heffernan and Donnacha Quinn (free) cut the margin to three before Adrian Ryan hit back with a point from play for Templederry in the 55th minute.

Éire Óg desperately charged forward in search of late scores and found three consecutive points which came courtesy of Tommy Heffernan, Michael Heffernan and Dáire Quinn. With the gap now reduced to one (0-18 to 1-16) the game was up for grabs.

Despite playing into the wind Templederry saw out the game impressively with points from Gearóid Ryan and Darragh Carey preceding an Éanna Murray goal in the first minute of injury time.

The Blues tried to engineer late goals, but Templederry held on for a second successive championship victory over Éire Óg.

The Blues have already qualified for the last sixteen of the Clean Ireland Recycling County Senior Hurling Championship. The concluding stages of the county senior hurling championship will not take place until the respective divisional championships have been played.

Nenagh Éire Óg would like to wish the Templederry Kenyons all the very best in the quarter-finals of the Hibernian Inn North Tipperary Senior Hurling Championship and in their quest to win a first-ever north title.