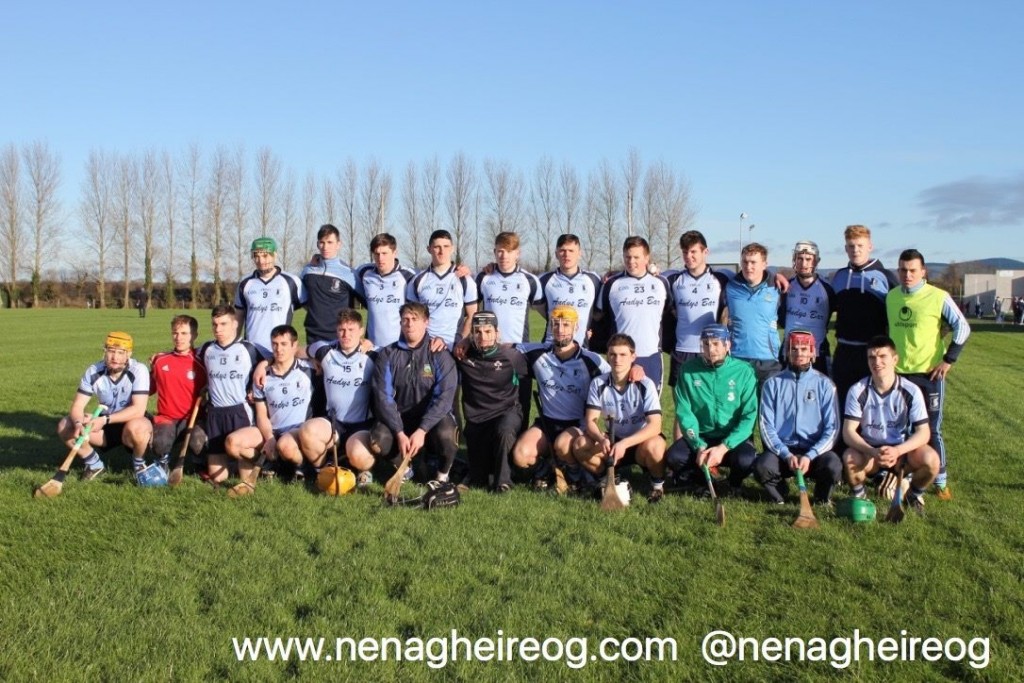 On Sunday last Nenagh Eire Og ended a long wait at this age for a divisional final when the team staged an amazing comeback to seal a memorable victory over a gallant and superb Kildangan side who had deservedly went in at the break seven points to the good having led by nine at one stage.

John Cahalan opened the scoring with a fine long range effort prior to the excellent Jack Loughnane levelling the sides and before Dan O Meara sent a blistering shot into the corner of Daire Gleeson’s goal. A pointed Shane Hennessy free and a fine Andrew Coffey effort reduced the margin to one but it was to be the closest Nenagh came to their opponents during the opening half hour.

Tadhg Gallagher and Loughnane both pointed to open the margin to a goal before James Mackey hit back with one of his own. Kildangan then benefitted from the blinding winters sun shining into the old scoreboard end when Jack Loughnane’s long range effort deceived the unfortunate Daire Gleeson for the champions second goal. The goal lifted Kildangan’s spirits and Gallagher and Johnny Horan both pointed to extend their lead.

Andrew Coffey, who was Nenagh’s best player throughout, pointed to briefly stem the Kildangan tide but full forward Paul Flynn found the unmarked Ciaran Kelly and blasted home their third goal and extend the lead to nine points. Few, if any in the large crowd could see any way back for the Blues’ at this stage. Points from Coffey, Mackey and Hennessy did offer the town side hope at the interval and with Kildangan getting one of their own, left seven between the sides at the break.

If Nenagh were to have any hope of a comeback it was vital that they get the first score of the second half but it was their opponents who struck first through Andrew Loughnane. Hennessy pointed well from a placed ball before scoring another in-between two fine efforts from Andrew Loughnane and Paul Flynn to leave eight between them in the 36th minute.
This Nenagh team have won a lot of championship honours through the age groups and have a resilience that was to stand to them for the remainder of the game. At no stage did they panic or start going for goals, instead they maturely kept picking off their points to get themselves back into contention. Shane Hennessy, Andrew Coffey, Gary Howard and super substitute Bob O Brien all pointed to reduce the margin to five, 0-14 to 3-10.

Kildangan were dealt a massive blow at this point when Tadhg Gallagher, arguable their best player up to this stage, left the field with an injury and three minutes later they received another sucker punch with a brilliant Gary Howard goal following great work from captain Barry Heffernan. Two more points from Hennessy and Coffey levelled the sides and it appeared as if Nenagh were about to, remarkably, pull this game out of the fire.

Six minutes from the end Andrew Coffey, from a tight angle, gave the Blues’ the lead and with two minutes of normal time remaining Philip Hickey doubled the margin much to the delight of their large and vocal supporters.
Kildangan did not go down easy and fought to the bitter end. Flynn reduced the margin to one and the Nenagh backs were under severe pressure but their discipline and determination held firm and time and again they cleared.
There was more drama in the 65th minute when referee Kieran Delaney awarded Kildangan a free 30 meters from goal. With their main free taker side-lined Barry Hogan was summoned from the goal but his effort went agonizingly wide.

Shortly after Delaney signalled full time much to the delight of players and fans of the Blues. 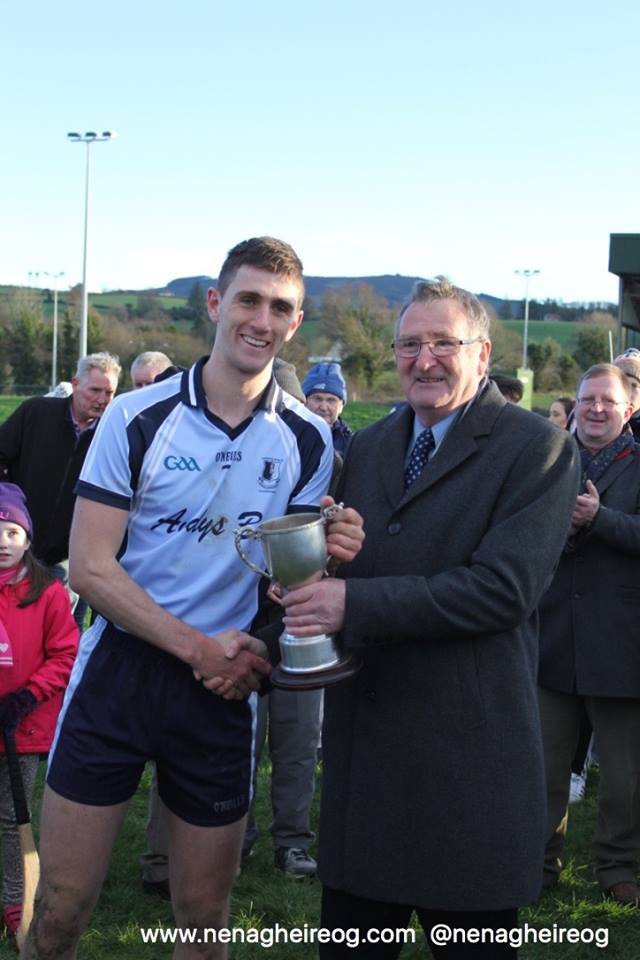