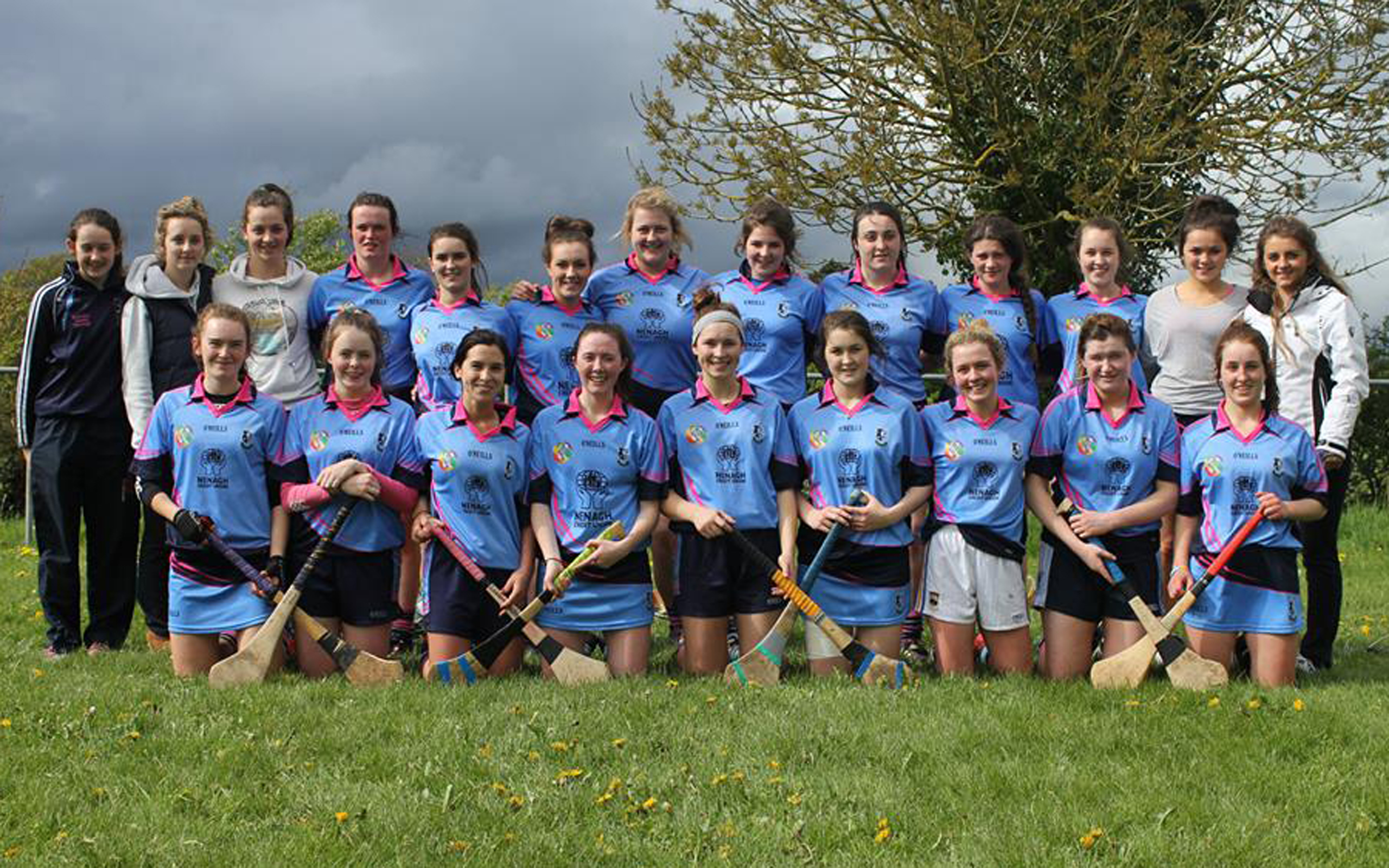 Liam Heffernan’s senior team recorded a big win over Ballina this week while the junior A Camogie made history in qualifying for a first-ever county league final. Meanwhile the under-16A footballers are preparing to take on Inane Rovers in the north final and don’t forget that you can now register for the up-coming Blues 10K. 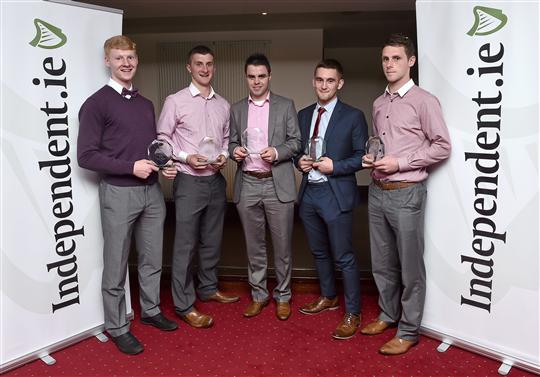 Senior: Nenagh Éire Óg won a one-sided contest with Ballina by twenty-six points at Newport on Sunday evening (1-30 to 0-7). Please note that the Blues’ final group game against Clonoulty-Rossmore is scheduled to take place on Sunday, May 10th in The Ragg at 6.30pm. Entering the final round of games Clonoulty-Rossmore lead the group on four points (+21), Templederry are second on two points (+1), Nenagh Éire Óg are third on two points (+24) and Ballina are fourth on zero (-46). The lads would appreciate your support for this crucial match. To read a match report on the victory over Ballina please see the club website.

The first round of the Hibernian North Tipperary Senior Hurling Championship is scheduled to take place on Sunday, May 17th – Nenagh Éire Óg will face Toomevara in Cloughjordan at 7pm.

Junior A: The Toomevara junior A team proved too strong for the Blues at MacDonagh Park on Friday evening and won with thirteen points to spare (1-13 to 4-17). Nenagh Éire Óg have been drawn in group two of the Watch Centre North Tipperary Junior A Hurling League alongside Borris-Ileigh, Roscrea, Knockshegowna and Toomevara. Group one features Burgess, Silvermines, Templederry Kenyons, Kilruane MacDonagh’s and Kildangan. The Blues have already lost to Roscrea, but have remaining group games against Borris-Ileigh and Knockshegowna to play. The competition will be played on a two-group system with the top two teams in each progressing to the semi-finals. The team are managed by Greg Browne (manager), Con Morris, Michael Ryan and Conor Ryan. For a full match report from Friday night’s game please see the club website.

Junior B: Cian Tucker’s junior B squad recorded their first win of the year following an entertaining clash with Toomevara (0-12 to 0-11) at St Michael’s Park, Toomevara on Sunday afternoon. And, it was no more than the Blues deserved following some tremendous performances in their previous league clashes when a series of brave efforts came up just short. This year’s Watch Centre North Tipperary Junior B Hurling League will be played on a two-group system with the top two teams in each progressing to the semi-finals. Nenagh Éire Óg have just one group game to play against Shannon Rovers. The Nenagh Éire Óg team are managed this year by Cian Tucker (manager), Mark Long, Paddy Flynn and John Paul King. For a full report from Sunday’s game in Toomevara please see the club website. 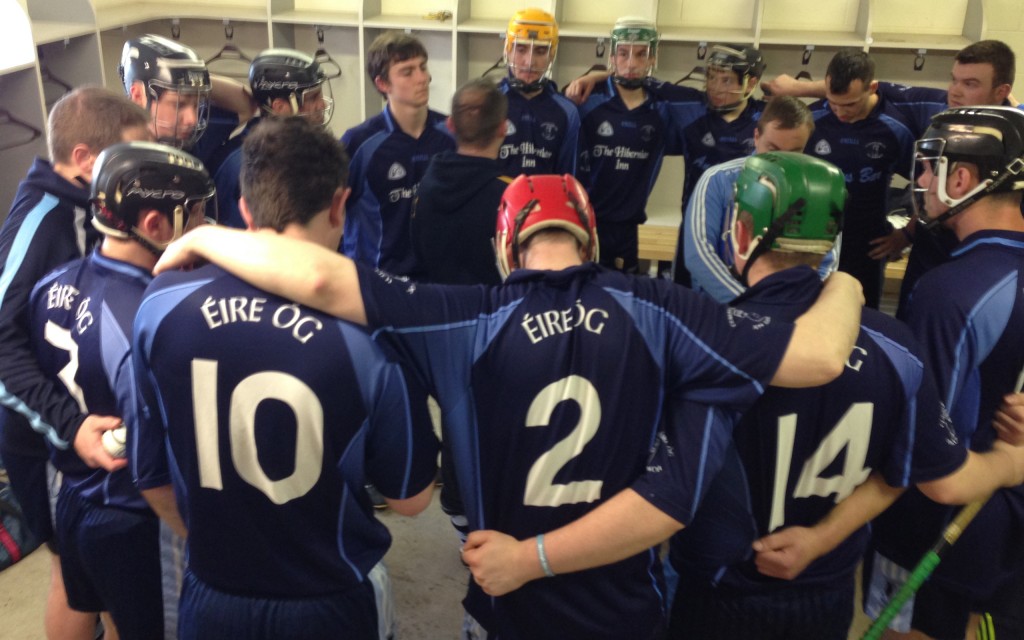 The Éire Óg junior B hurlers pictured moments before taking on Toomevara at St Michael’s Park on Sunday afternoon.

Minor A: The Éire Óg minor A football team lost a north semi-final by four points (0-10 to 3-5) to Kildangan in Puckane on Thursday evening. The Blues would like to wish Kildangan all the very best in the final against Newport Gaels. Although this minor A football campaign ended in disappointment the players worked hard throughout and are now looking forward to a north Tipperary minor A hurling championship which is scheduled to begin in July. For a full report on this semi-final please see the club website. 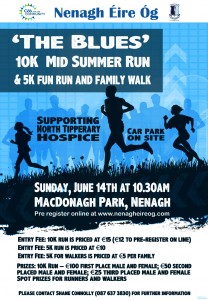 The Blues 10K: The Blues 10K & Fun Run/Walk will return to the streets of Nenagh on Sunday, June 14th (10.30am). The event will be hosted this year in aid of the North Tipperary Hospice. Entry to the 10K run is priced at €15 (€12 pre-registered online), entry to the 5K run is priced at €10 and entry to the 5K for walkers is priced at €5 per family. Prizes: €100 for the first-placed male and female competitor in the 10K, €50 for the second-placed male and female and €25 for the third-placed male and female competitors. There will also be a series of spot prizes for runners and walkers. Please contact Shane Connolly 087 637 3830 for further information. A facility to pre-register online has now been added to the club website. Please check out the club website for more information. You can register for the 10K by clicking here. 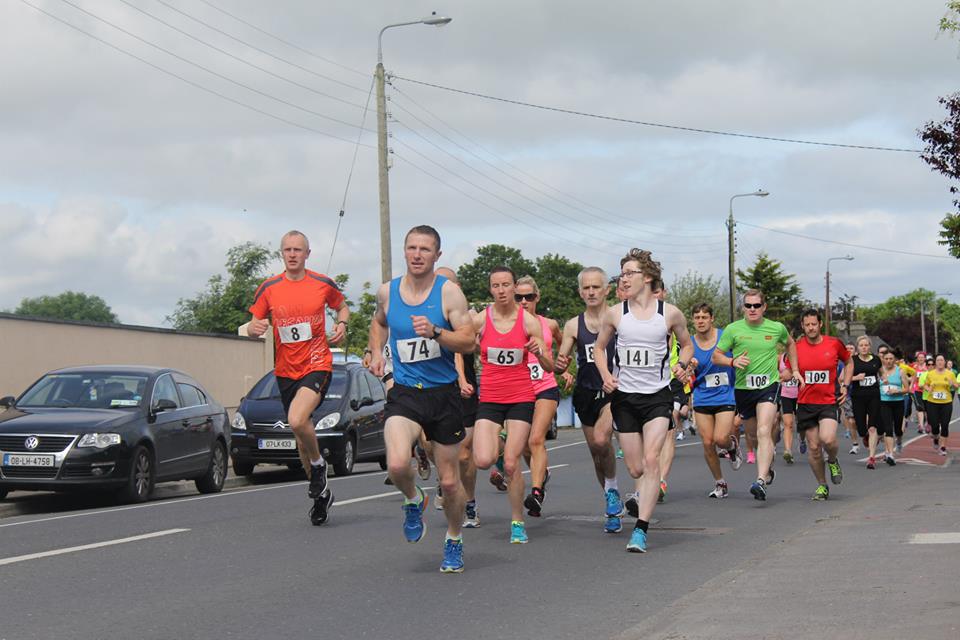 Check out all the photos from last year’s event – click here! 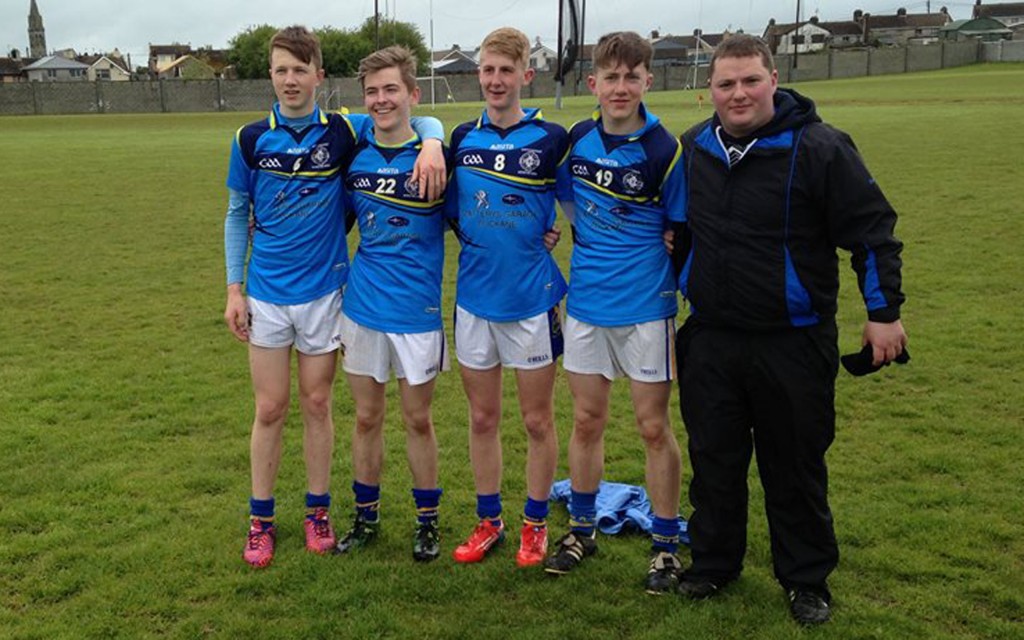 Well done to Jake Morris, Conor Bonar, Mark O’Farrell and Conor McCarthy and mentor David Minogue who were members of the North Tipperary under-16 hurling team who were very unlucky to be beaten in the Munster semi-final on Monday in Mallow with the last puck of the ball, but then progressed to win the Munster shield.

Under-6 and under-8 training continues at the usual times in preparation for up-coming matches.

The third round of the Nenagh Éire Óg Street League continues on Monday at 5.30pm having taken a break for the Bank Holiday. It’s all still to play for!

Our under-14 footballers were defeated by a strong Inane Rovers team in Roscrea on Wednesday last. We play Kilruane in the final round on Wednesday at 6.30pm in Nenagh with a semi-final place at stake.

We wish the best of luck to the under-16 footballers as they contest the north A final on Thursday at 6.15pm in Borrisokane against a strong Inane Rovers team. Come out to support the lads.

Well done to Jake Morris, Conor Bonar, Mark O’Farrell and Conor McCarthy and mentor David Minogue who are part of the North Tipp under-16 team who were very unlucky to be beaten in the Munster semi-final on Monday in Mallow with the last puck of the ball. The team then progressed to win the Munster shield. Well done lads. 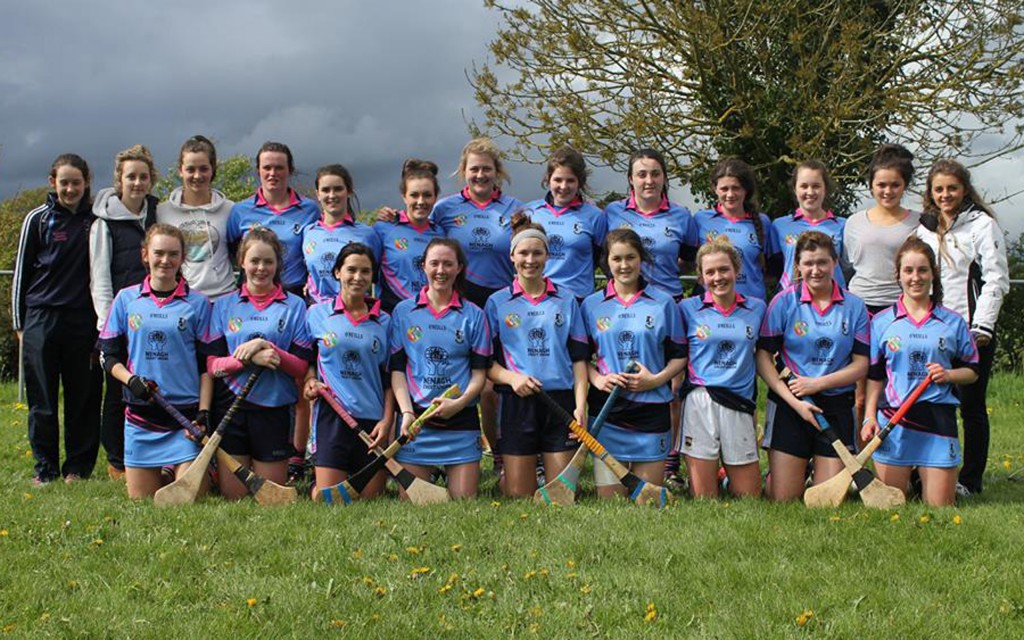 The Nenagh Éire Óg junior A team which enjoyed a four-point win over Cashel Camogie Club in Sunday’s league semi-final. For more photos from this event please click here.

Junior A: Our junior A side qualified for the league final following a 1-8 to 1-4 win over Cashel Camogie Club on Sunday. There are no fixture details yet of the final. Please see the club website for a full report from this encounter.

Under-16: Our under-16s recorded their second win of the championship with a fine 4-10 to 0-1 win over Drom & Inch on Wednesday last in MacDonagh Park. It is highly unlikely that this group will have another match until after the junior certificate.

Tipperary: Commiserations to Grace O’Brien, Rachel Maher, Sarah Quigley, Maeve Coffey and the Tipperary minor team who were defeated by Cork in the Munster final. The four girls have represented the club with great distinction and we are very proud of them. 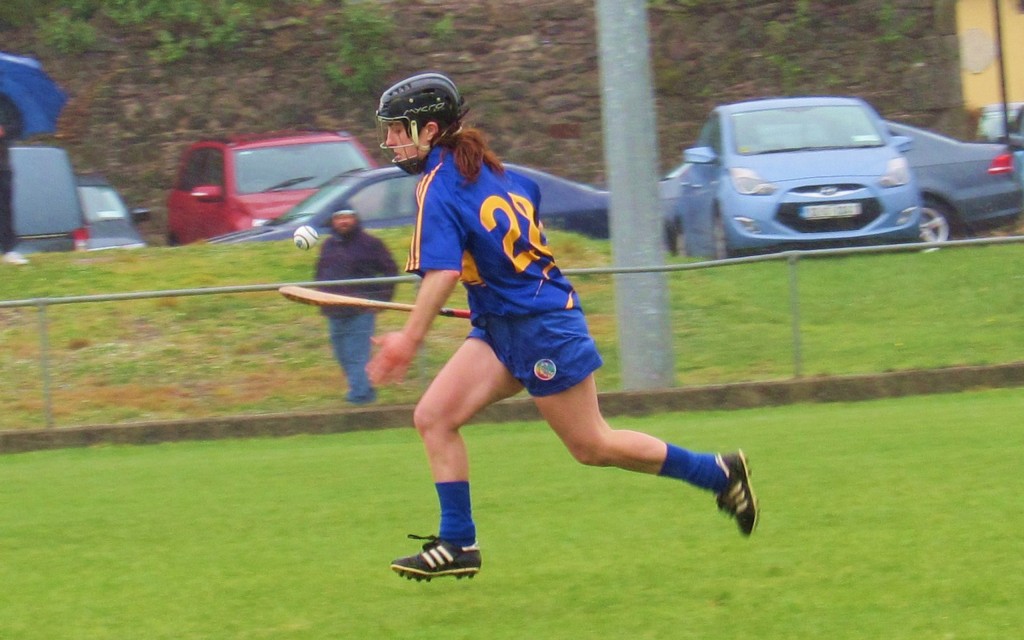