The Blues will take on south Tipperary’s Skeheenarinky in the Clean Ireland Recycling County Junior A Hurling Championship final following a 2-12 to 1-12 win over St Patrick’s at Holycross on Saturday afternoon – Éire Óg recovered a three-point interval deficit to register an encouraging win while in their corresponding semi-final Skeheenarinky required an injury time goal to see off Kildangan on a 1-15 to 0-16 scoreline. 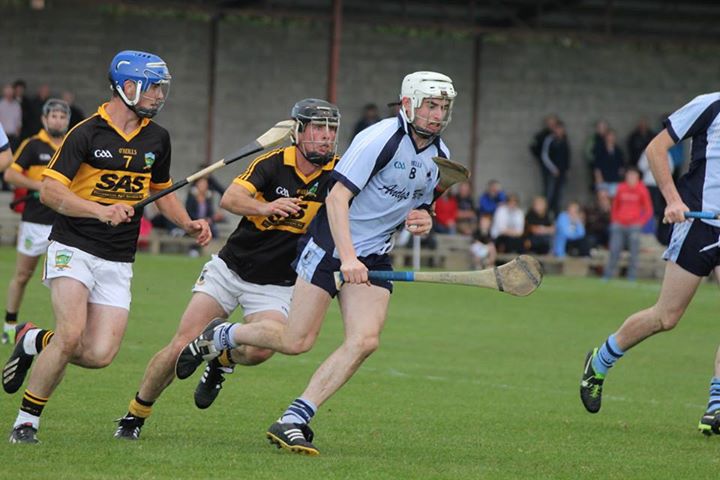 This was an outstanding performance from a Nenagh Éire Óg team which fielded without Alan Kelly, Eoin Fitzgibbon, Donnacha Heffernan and Gary Howard. A series of adjustments were made to the starting team with the superb half-back combination of Darragh Walsh, Niall Madden and Adam Gratton propelling the Blues to a famous win.

Éire Óg started well against the south champions and led 1-4 to 0-2 after seventeen minutes with all of the Blues’ scores coming from play. Éire Óg also hit seven wides during the opening quarter.

David Cleary set up the terrific Bob O’Brien for Éire Óg’s opening point in the third minute and although St Patrick’s hit back with a free in the seventh Niall Madden cracked over a rousing left-handed long-range point in the eighth minute to help the Blues back into the lead.

In the tenth minute St Patrick’s tied the game with a point from play before Adam Gratton won the ball and worked it to Niall Madden. Once more Madden’s distribution caught the eye when the centre-back picked out Philip Hickey who beat his man before firing Éire Óg into a 0-3 to 0-2 lead in the 11th minute.

In the 14th minute the St Patrick’s ‘keeper made a neat save at his near post to deny Richie Flannery a goal and when John Cahalan added a left-handed effort in the 15th minute Ger Tucker’s men led by two.

Éire Óg’s enterprising start to the game was rewarded with a goal in the 17th minute; when Bob O’Brien’s long-range effort fell short David Hickey made a right nuisance of himself and worked hard to turn over the ball before Eddie Tucker blasted a vital goal – 1-4 to 0-2.

To be fair to St Patrick’s they responded brilliantly to the challenge. The south champions held Éire Óg scoreless for the remainder of the half while also firing 1-5 without reply to take a 1-7 to 1-4 interval lead.

A free in the 18th minute set St Patrick’s on their way and a minute later the south men scrambled home a goal to leave a point in it (1-4 to 1-3).

Three points from play and a converted free during the closing ten minutes of the opening half left three between them at the break with Éire Óg cursing eleven first half wides (St Patrick’s eight).

Having failed to score since the 17th minute Éire Óg required a tonic and found one in the 32nd minute when David Hackett smacked over a free following a foul on Richie Flannery.

A converted free in the 36th minute restored St Patrick’s three-point lead. A second David Hackett free in the 37th minute closed the gap to two once more before the Blues struck for their second goal in the 41st. Once more Adam Gratton played a crucial role when breaking up a St Patrick’s attack. The wing-back fired a teasing ball into the full-forward line to where David Hickey battled gamely before David Cleary passed to Eddie Tucker. Eddie’s turn and shot beat the St Patrick’s ‘keeper and Éire Óg led 2-6 to 1-8.

A Philip Hickey point in the 42nd minute helped the Blues into a two-point lead, but St Patrick’s hit back with two converted free to tie the game with fifteen minutes to play (2-7 to 1-10).

In the 47th minute Richie Flannery collected a break from Eddie Tucker and opted to go for the top left-hand corner, but, once more, the St Patrick’s ‘keeper denied Nenagh with another excellent save. David Hackett converted the resultant ’65 and Éire Óg led by the minimum.

David Hackett converted another free in the 48th minute following a foul on Philip Hickey while in the 50th minute Christopher Ryan created a goal-scoring opportunity for David Cleary, but the St Patrick’s ‘keeper saved brilliantly.

In the 52nd minute Darragh Walsh swung over a terrific sideline ball to hand Éire Óg a three-point advantage (2-10 to 1-10) – the quality of that strike was greeted by a warm round of applause from both sets of supporters.

A minute later Bob O’Brien won a free which David Hackett converted and although St Patrick’s hit back almost immediately Eddie Tucker set up David Hackett for a smashing point from play in the 56th to hand Éire Óg a four-point lead (2-12 to 1-11).

In the 59th minute a St Patrick’s free dragged the south champions within striking distance, but referee Philip Ryan only elected to play mere seconds of injury time.

Everyone associated with the team is immensely proud of what this group of players have achieved this year and we would appeal to you to support the lads in the up-coming county final – fixture details to be confirmed. 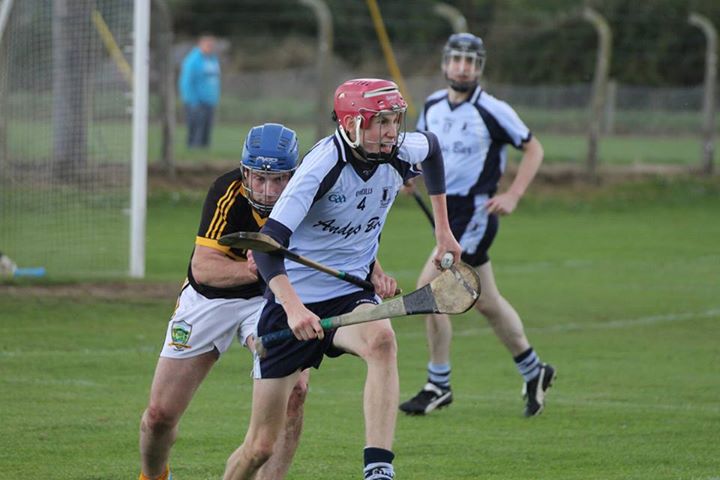