Posted By: adminon: May 18, 2014In: Match Reports, News, Uncategorized 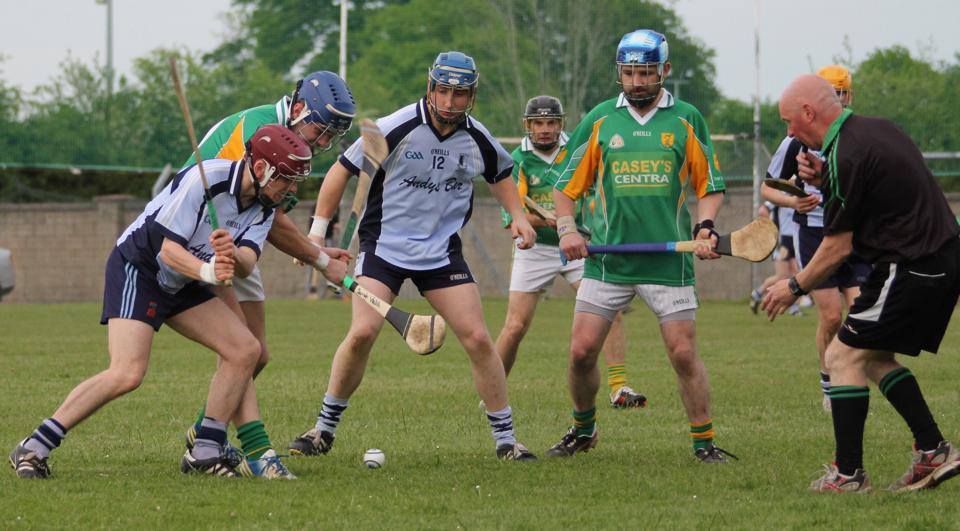 Nenagh Éire Óg qualified for the knockout stages of the junior B league following a 1-17 to 1-11 win over Toomevara in the final game of the round robin series at St Michael’s Park, Toomevara on Saturday evening.

Manager Conor Ryan will be thrilled with his charges as they hurled with confidence and conviction throughout the game never allowed their opponents time to settle on the ball or get into their stride.

Toomevara opened the scoring in the first minute with a well-taken free, but it was to be the only time the hosts enjoyed the led as Darragh Walsh gathered the resulting puck-out and expertly fired over from fifty yards to level.

David Cleary forced the Toomevara goalkeeper into an outstanding save following great work from Anthony Walsh before Darragh Walsh pounced on the clearance to put Éire Óg into the lead. At this stage Darragh was on fire and set up Aidan Healy for a point from forty five yards to double Nenagh’s advantage.

Centre-forward Conor Kirwan was hurling well and forced the Toomevara backs into a foul which Darragh Walsh converted.

Toomevara responded with two points of their own, but Kirwan again was fouled, this time a push in the back under the dropping ball from Brian Darcy’s puck out. Walsh again pointed to open a 0-6 to 0-3 Nenagh lead.

Toomevara pulled the lead back to a point, but that was as close as they were to get.

Darragh Walsh pointed another free after David Cleary was fouled before Cleary himself scored the point of the game. Brian Darcy in the Éire Óg goal gave a pin-point puck out into the hand of Aidan Healy who in turn found David Cleary. Cleary was under pressure beat two men before splitting the posts on the twenty-one yard line right out on the touch line. This left the half time score at Nenagh Éire Óg 0-8 Toomevara 0-5.

Toomevara started the second half brightly with an early pointed free, but Éire Óg full-forward Niall Cahill used all his experience in winning possession and drawing two men before giving an outstanding pass to the unmarked Anthony Walsh who made no mistake in rattling the Toomevara net in the thirty third minute.

Aidan Healy was having an excellent game, working extremely hard and using his pace and fitness to great effect. He played a one-two soccer style with Darragh Walsh before slotting over another point. In the thirty sixth minute Toomevara pulled a point back, but shortly after Aidan Healy was fouled and Darragh Walsh was unerring in his free taking to opening a seven-point gap – 1-11 to 0-7.

Toomevara were not about to lie down and goaled themselves in the forty first minute, but Darragh Walsh collected Darcy’s puck-out to land another point.

Niall Madden advanced from centre-back to pass to Kirwan who returned the favour putting Madden into acres of space and he landed another great point.

Aidan Healy traded two points with the Greyhounds before Healy set off on a menacing solo through the heart of the Toomevara defence. He was fouled and Brian Darcy advanced to take the resultant penalty. The Toomevara trio on the line held their nerve and blocked the shot brilliantly. Niall Cahill and Aidan Healy got two more Nenagh points to cancel two fine efforts from Toomevara.

Nenagh Éire Óg now advance to the semi-finals of the junior B league – a competition the Blues last won in 2011. 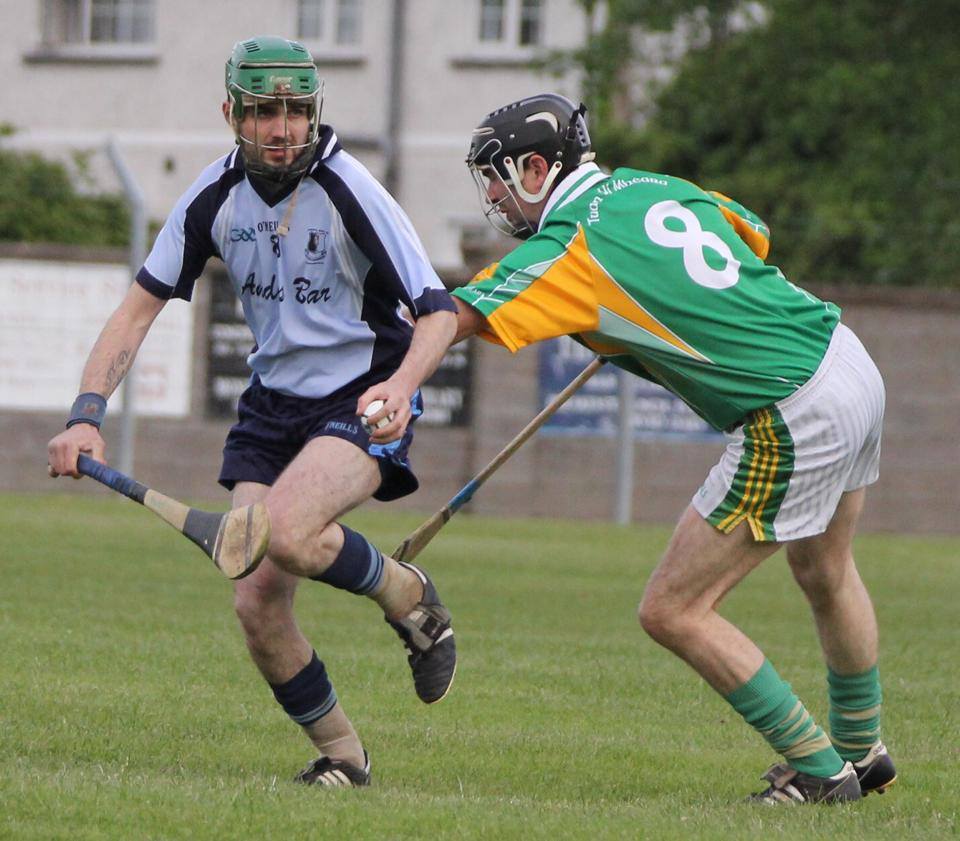