The Nenagh Éire Óg junior B hurlers tasted defeat for the first time in this year’s league when Ballina emerged the victors in an entertaining match played in lovely conditions at MacDonagh Park, Nenagh on Saturday evening. 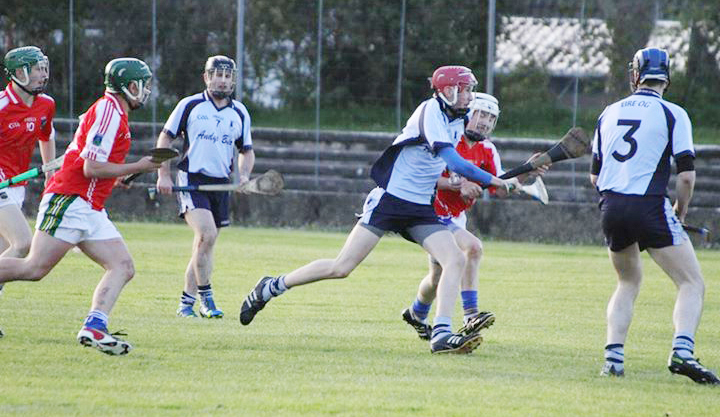 Up-and-coming star Brian Flynn pictured on the ball against Ballina for the Nenagh Éire Óg junior B hurlers at MacDonagh Park, Nenagh on Saturday evening.

Ballina started brightly with a well-taken point, but Ciarán Duffy responded with a great effort from out on the sideline in the fourth minute. David Cleary traded points with Ballina before he added a fine goal from a ground stroke in the 11th minute after Niall Cahill found him in space.

There was little between the sides during the opening half with both scoring five points apiece during the remainder of this period. Conor Kirwan, Anthony Walsh (2) and David Cleary got the Éire Óg scores to leave the interval score reading 1-7 each.

Manager Conor Ryan will be disappointed with Nenagh’s performance in the first fifteen minutes of the second period as Ballina rattled off five unanswered points before Darragh Walsh finally got Éire Óg’s first point of the second half. Ballina, however, remained in control for the remainder of the game and out-scored the Blues by six points to 1-2.

Anthony Walsh scored two wonderful points while deep in injury time Aidan Healy goaled from a ground shot, but unfortunately it was too little too late and Ballina ran out deserving winners.