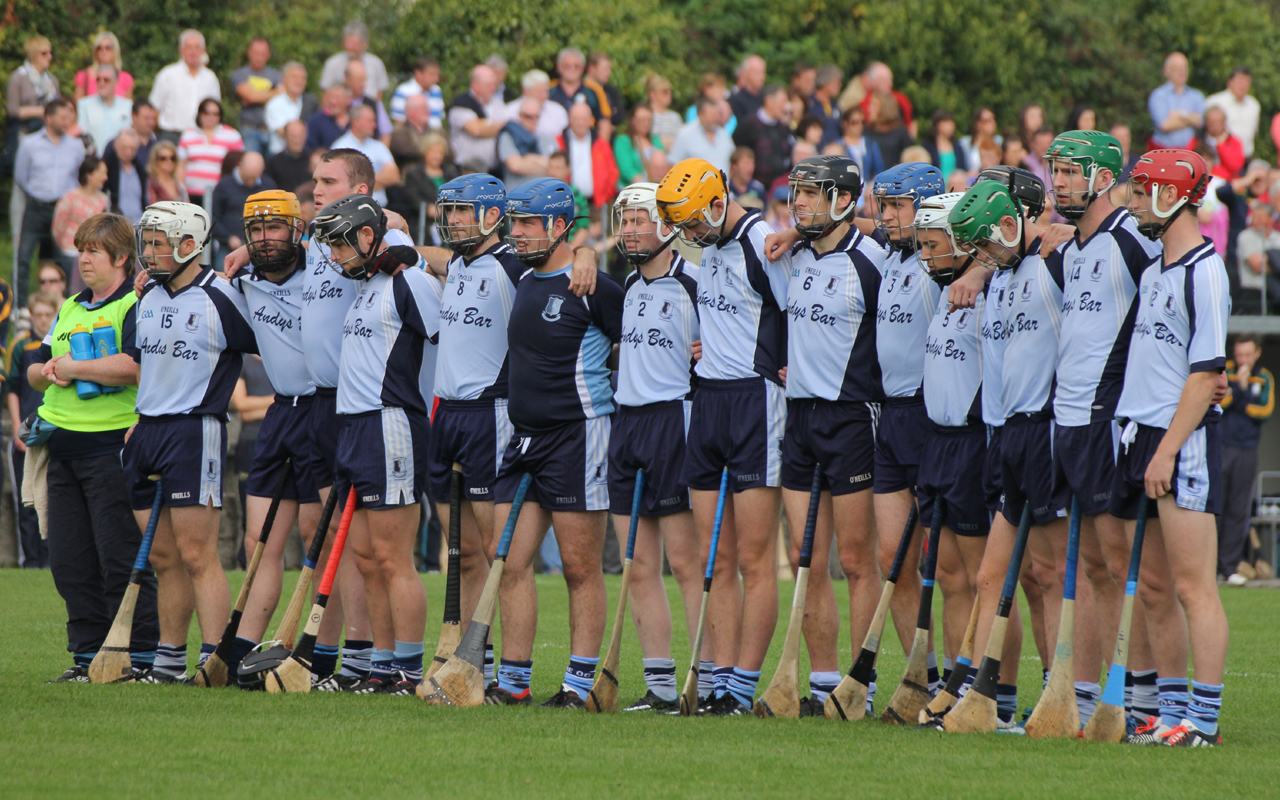 Drom & Inch took an early lead, thanks to points from James Woodlock and Séamus Butler, before Éire Óg responded with two James Mackey frees to tie the game by the seventh minute.

A Paddy Murphy point edged Éire Óg into a narrow advantage before goals from Séamus Callanan (penalty) and David Butler fired Drom & Inch into a 2-2 to 0-3 lead by the 11th minute.

Éire Óg responded with an Andrew Coffey goal in the 15th minute to cut the deficit to two before Séamus Callanan left three between them in the 18th (1-3 to 2-3).

A David Butler point in the 20th minute left Éire Óg trailing by four, but the Blues hit back with two Michael Heffernan frees to drag themselves back into contention. Indeed, Éire Óg created a terrific goal-scoring opportunity in the 23rd minute, but Drom corner-back Jamie Moloney recovered in time to perform a terrific hook on the raiding Tommy Heffernan.

A Johnny Ryan point in the 24th minute helped Drom & Inch into a 2-5 to 1-4 lead, but Éire Óg responded terrifically to the challenge posed and hit four consecutive points to tie the game by the break – Michael Heffernan, Andrew Coffey, Dáire Quinn and Tommy Heffernan were responsible for this scoring surge (at half-time the sides were level: 1-8 to 2-5).

Éire Óg nudged into a narrow lead thanks to a Michael Heffernan free immediately after the break, but Drom & Inch hit back with two Séamus Callanan frees and a David Butler effort from play – the Mid Tipperary men held a 2-8 to 1-9 advantage with thirty-eight minutes played.

The Blues battled their way back into contention thanks to efforts from Michael Heffernan (free) and Tommy Heffernan before Killian Gleeson won a sensational turnover ball in the 46th minute and fired Éire Óg into a rousing lead (1-12 to 2-8).

Drom hit back with a brace of points (Tommy Nolan & Johnny Ryan) to wrestle the initiative away from Nenagh and led 2-10 to 1-12 with ten minutes to play.

Michael Heffernan (free) tied the game in the 55th minute, but Drom & Inch responded almost immediately thanks to some sharp thinking from veteran Eamonn Buckley. There were sighs of relief all around in the 58th minute when ‘keeper Michael McNamara saved brilliantly from the raiding Séamus Callanan.

In the second minute of injury time Killian Gleeson landed an equaliser, but, as late as the 64th minute, Drom & Inch’s David Collins fired his side into a priceless one-point lead (2-12 to 1-14). Éire Óg enjoyed one final chance to force extra-time when Conor Ryan was fouled on the Blues’ 65-yard line. Despite facing into an 85-yard shot Michael Heffernan drilled a magnificent long-range free over the bar.

Drom & Inch were at their industrious best during the opening minutes of extra-time when points from Séamus Callanan (free) and Séamus Butler helped the Liam Sheedy-coached side into a two-point lead (1-15 to 2-14).

We have come to associate a huge spirit with this bunch of Éire Óg hurlers and the lads responded with efforts from Tommy Heffernan and Barry Heffernan to tie the game (1-17 to 2-14) just prior to the break.

A Michael Heffernan free edged Éire Óg into a narrow lead, but Drom & Inch hit back in magnificent style with a brace of points from Johnny Ryan – the second of which was an extraordinary strike from deep inside his own half (1-18 to 2-16).

With a minute to play in extra-time Éire Óg were fast running out of time. The Blues kept their heads, however, and Tommy Heffernan fired over a terrific equaliser in the 80th minute. The fourth official signalled a minute of additional time and Éire Óg poured forward in search of a late winner – wing-back Conor Ryan raced through the heart of the Drom & Inch half-back line before passing to Dáire Quinn who belted over a late, late clinching score.