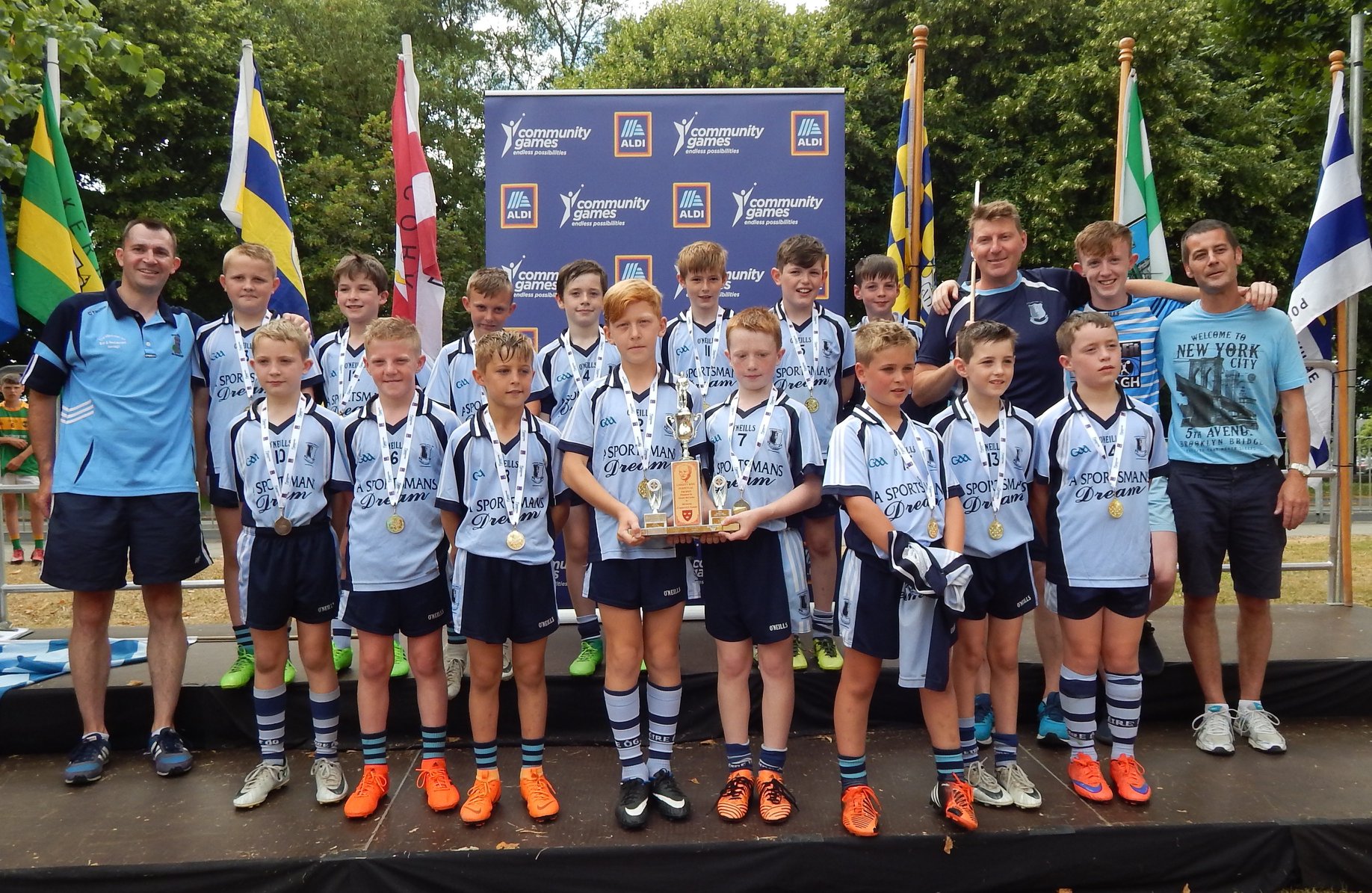 A Munster final won, the seniors win in Down and all the weekly fixtures, once again this week’s notes are packed with news on the Blues 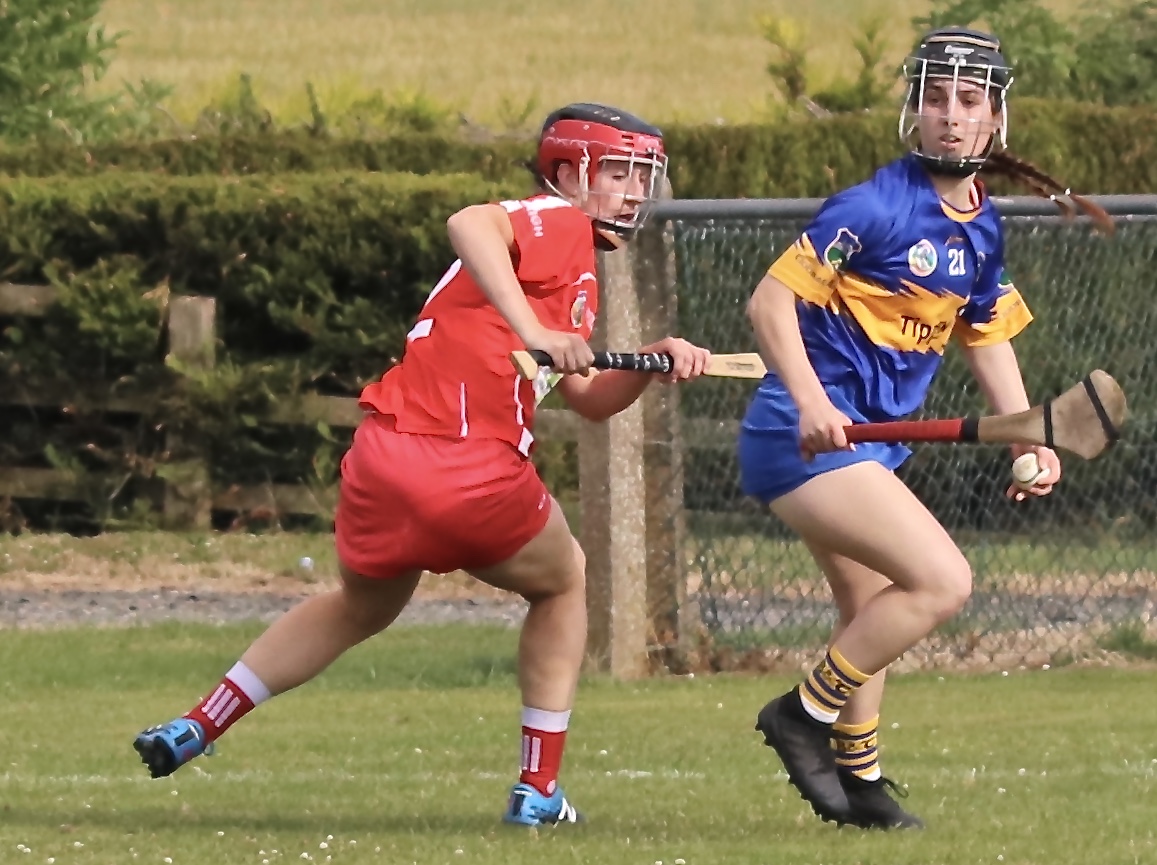 It was not a great week on the inter-county front with both the Tipperary senior camogie team and the under-21 hurling side coming unstuck against Cork.

Grace O’ Brien and Sarah Quigley were part of the Tipperary senior camogie panel that were beaten by Cork on Saturday evening in The Camogie Grounds, The Ragg, 1-27 to 1-12.

On Wednesday evening the county under-21 hurling side were comprehensively beaten by Cork in the Munster final, 2-23 to 1-13. Jake Morris scored a fine second-half point but it wasn’t enough to tame an impressive Rebel side. Tipperary now face Tony Ward’s Galway who scored a dramatic goal in injury time at the end of extra time to overcome the challenge poised by Wexford. 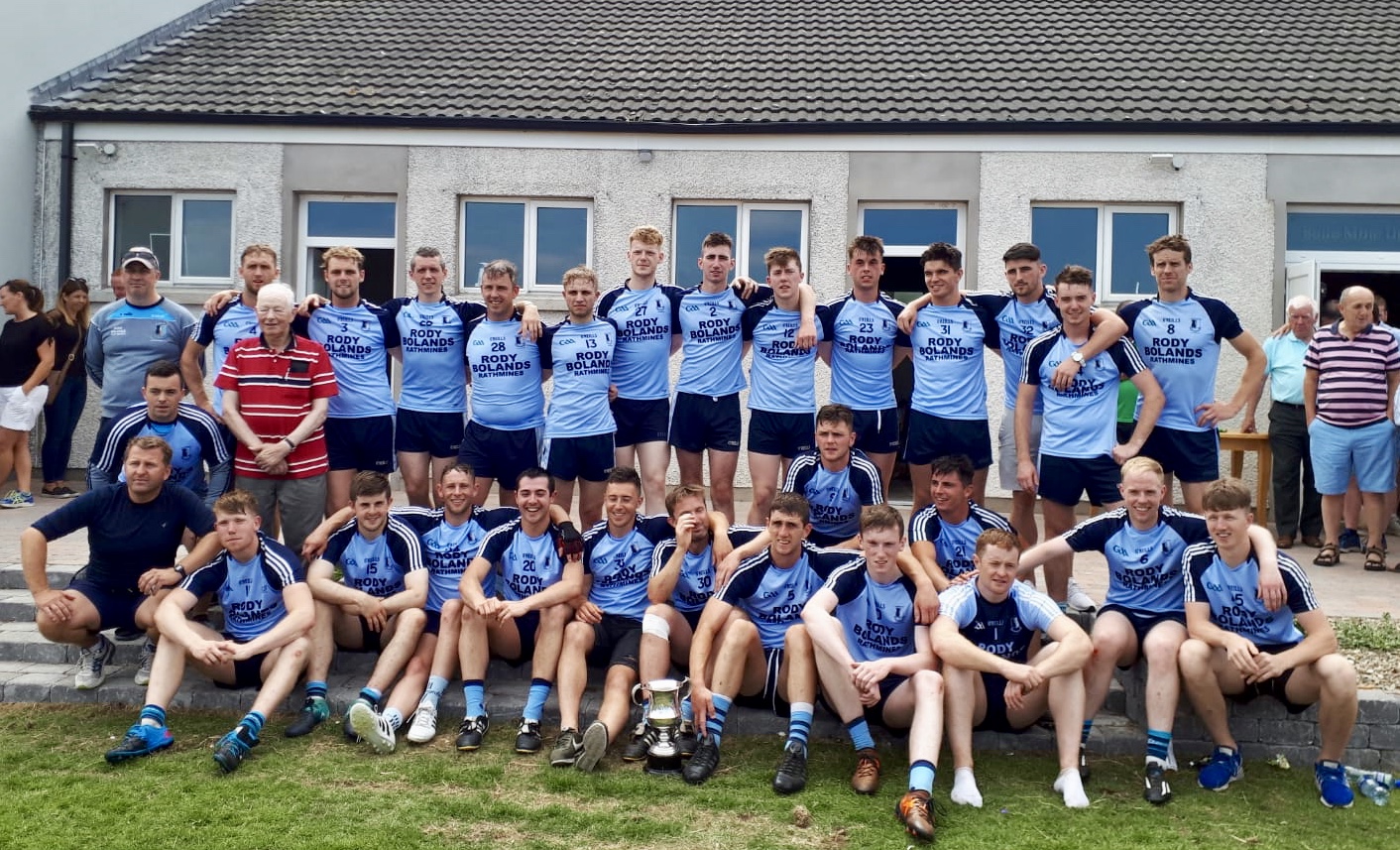 Our senior hurlers travelled to Portaferry, Co. Down over the weekend to take part in a local tournament and came away winners having defeated Portaferry 3-27 to 0-12 and Ballygalget 1-23 to 3-15. The players were blown away by the warm welcome from the locals and many new friendships were made. We were also delighted to be able to stop off in our club sponsor’s premises, Rody Bolands in Rathmines on the way up.

The lads are straight back to serious work as they face Toomevara in St. Michael’s Park, Toomevara this Tuesday evening, July 10th at 8pm. Your support would be appreciated by all the players. 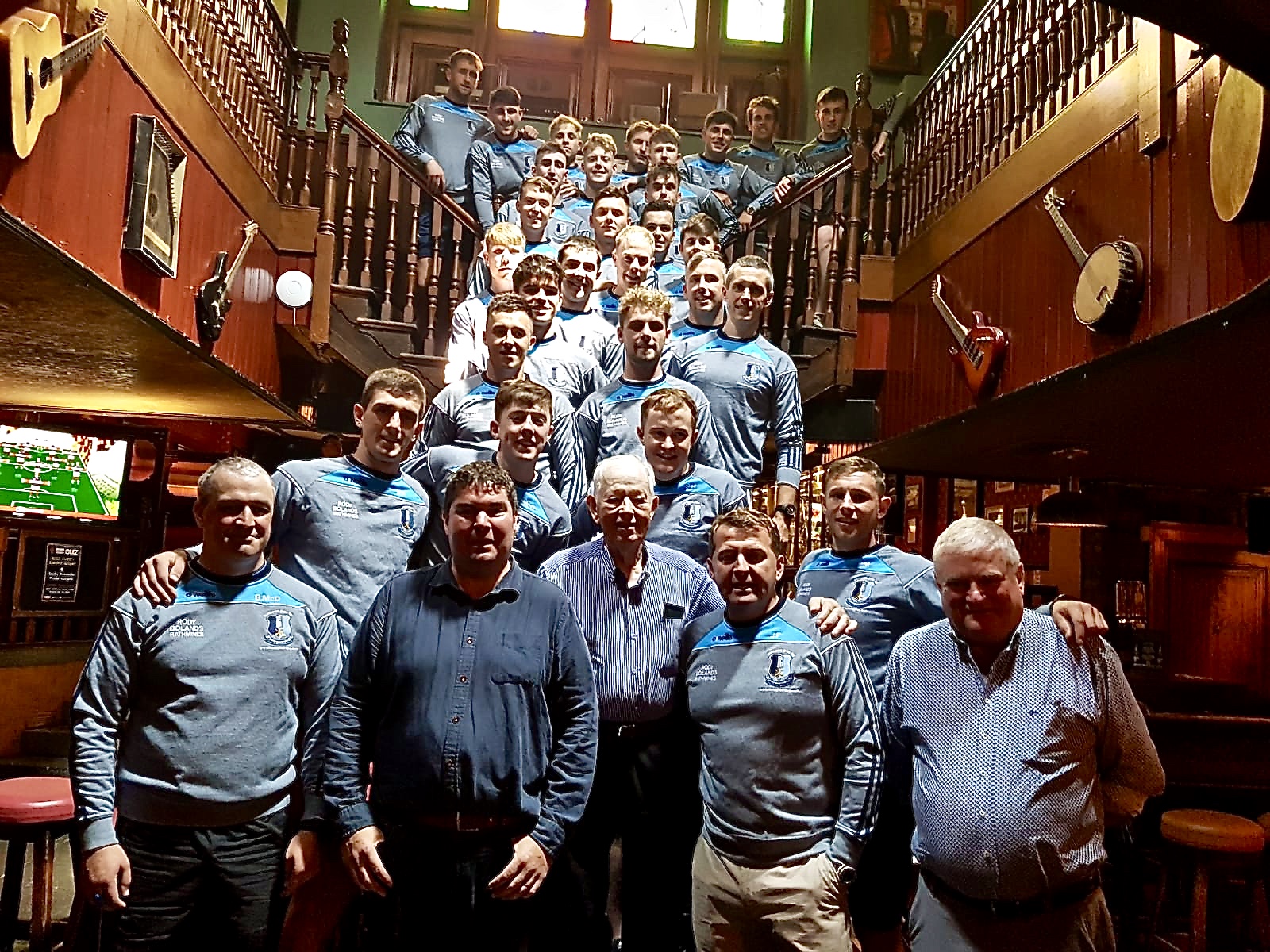 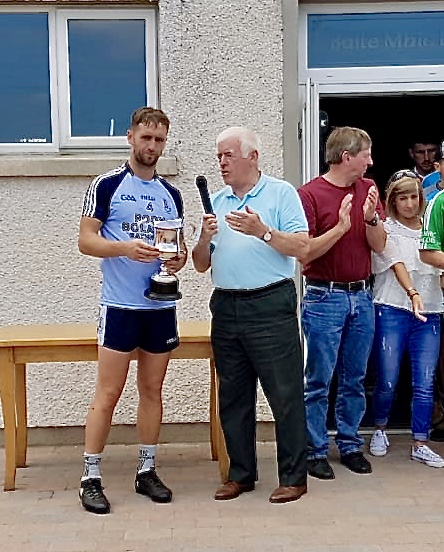 Tournament week came to a close after an entertaining encounter between hosts and @nenagheireog with the visitors running out eventual winners. Huge thanks to everyone who helped in any way-there are too many to mention! CONGRATS to @nenagheireog and thanks for making the trip! pic.twitter.com/aMqVloxwh6

The details of the semi-finals of the Hibernian Inn North Tipperary senior hurling semi-finals have been finalised and Nenagh Éire Óg face Kiladangan on Friday 27th July at 19:15 in Templederry. At the same time Toomevara will play Kilruane MacDonaghs in Dolla in the other semi-final. 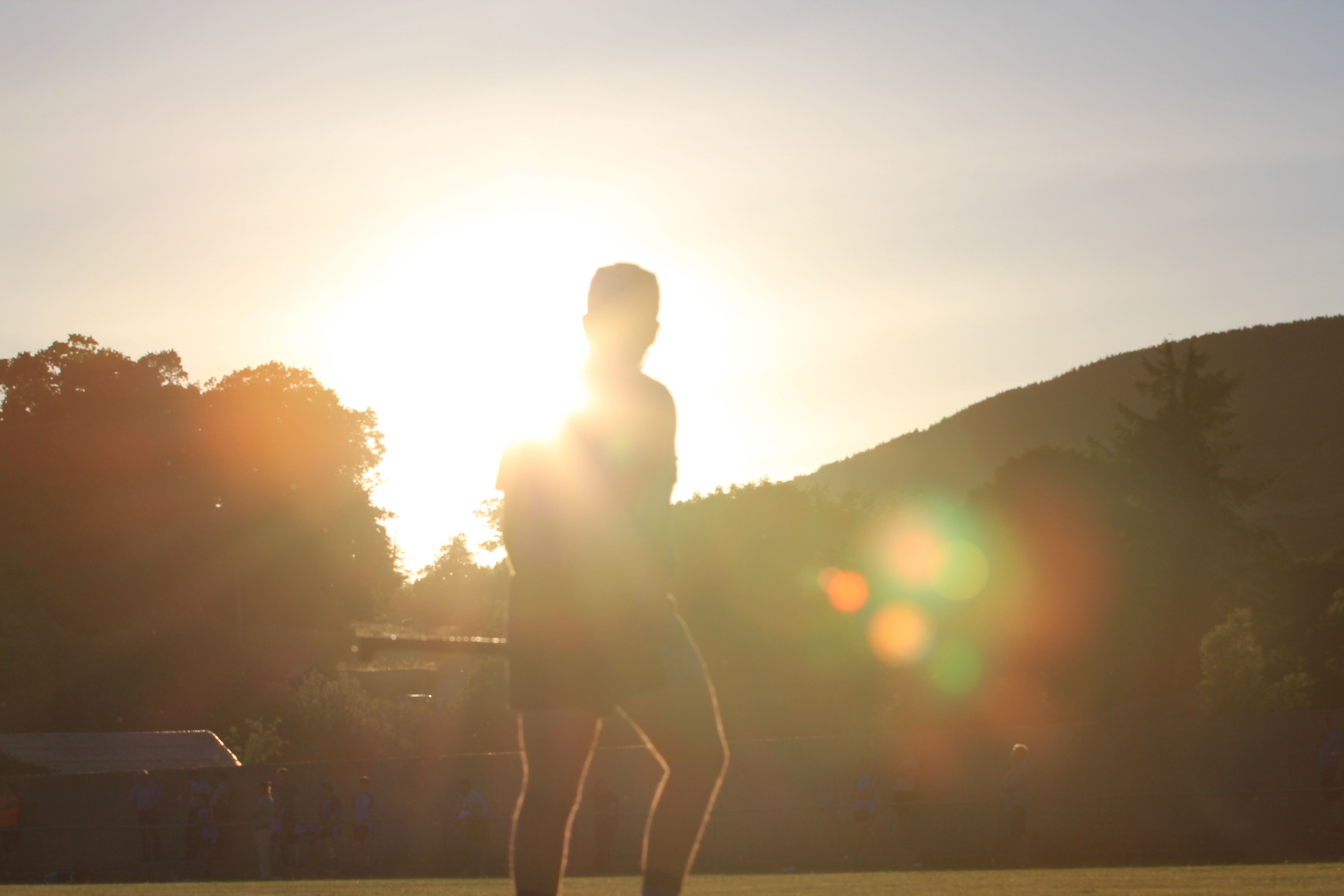 The junior-A side return to action on Sunday evening when they take on Toomevara in Cloughjordan in the next round of the championship. Best of luck to all involved. 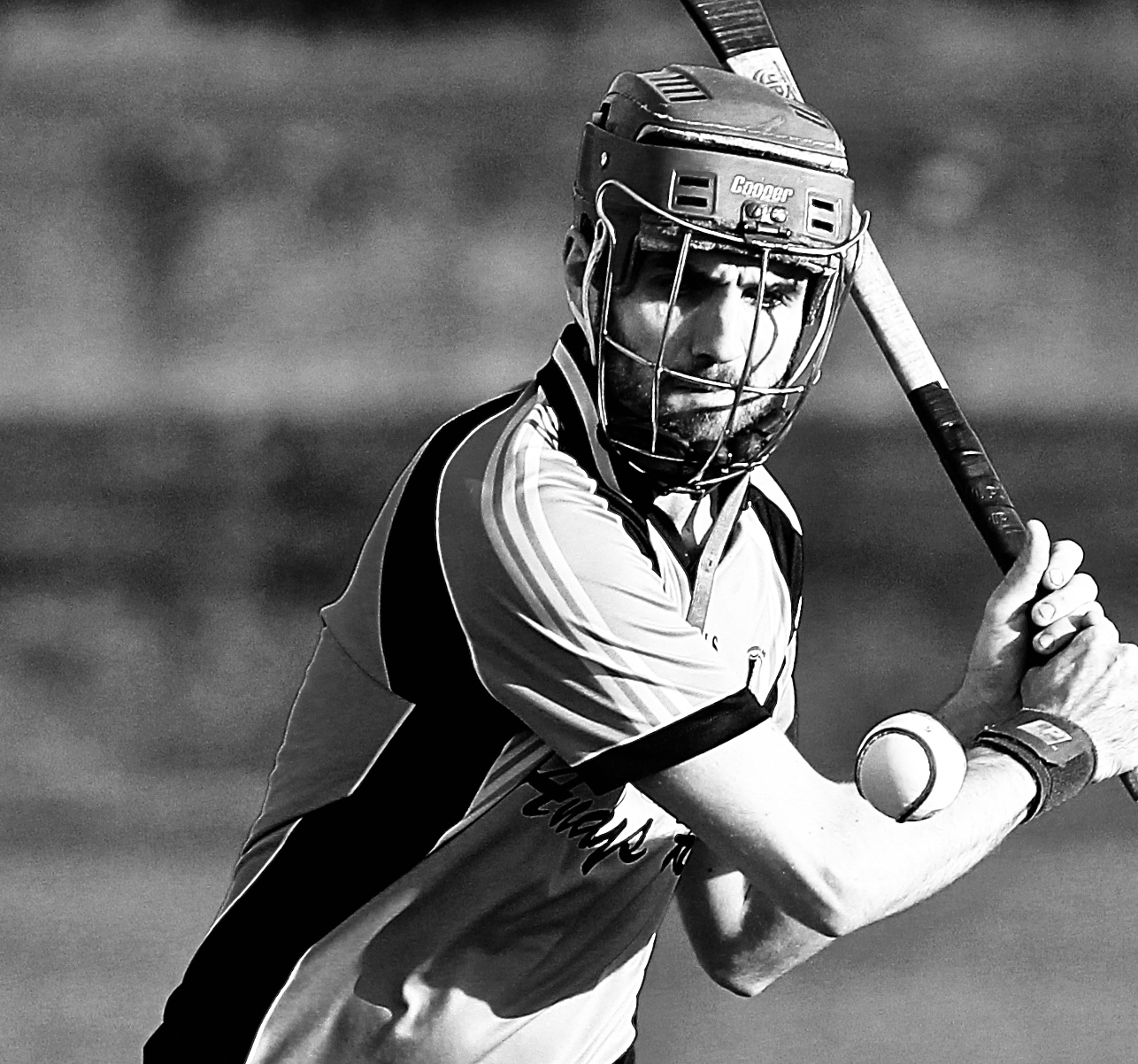 Kieran Duffy sets up another attack against Templederry

Our junior-B side were unfortunately beaten by Templederry in the championship on Saturday evening in MacDonagh Park, 3-15 to 1-9. If ever a result did not reflect the true nature of the game this was it as the Nenagh team put up a tremendous battle in the searing heat with only fifteen players. A number missed scoring opportunities, including some great saves by the Templederry goalkeeper, meant that we lost out but all players should be acknowledged for the effort they put in right up to the full-time whistle. We now face Newport in our final game in two week’s time. 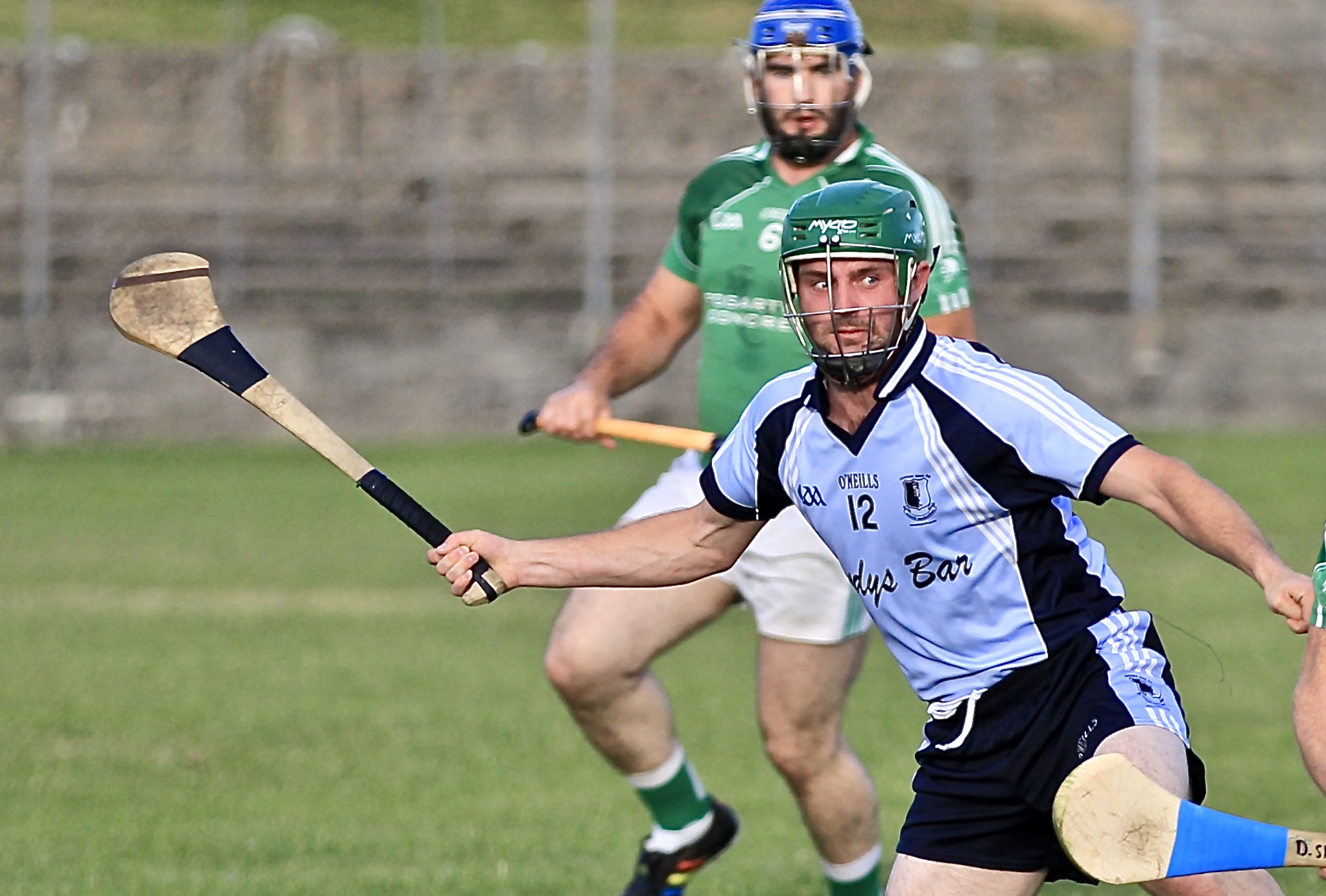 Brian Carr in action against Templederry 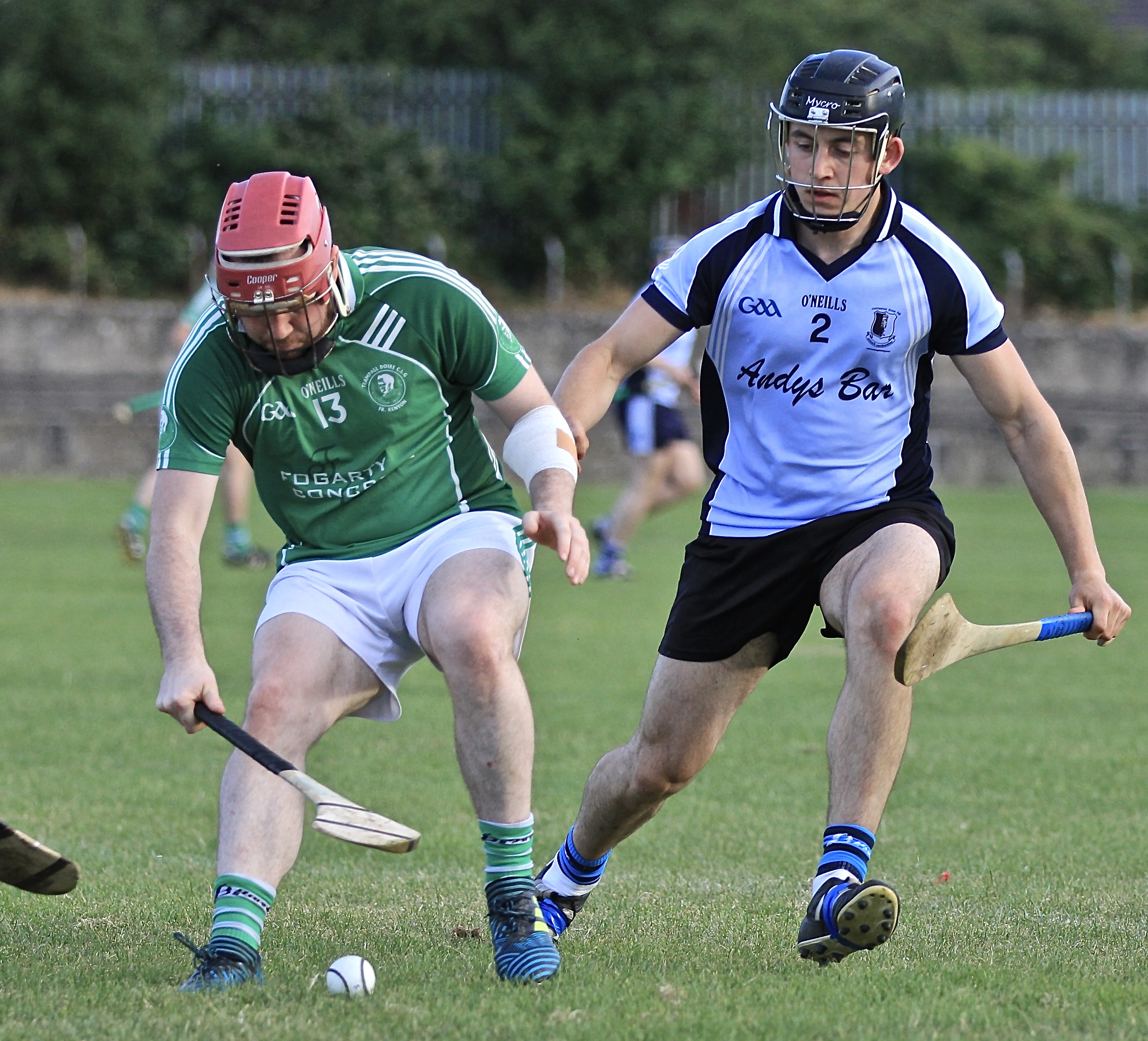 Under 6:
Under-6 training continues on Tuesday at 6pm. There are a number of blitzes planned for the coming Saturdays so please keep practicing at home.
Under 8:
Under-8 training continues this week at the usual times. We welcome Na Piarsaigh of Limerick to the field next Saturday. Mentors will be in touch with the details. 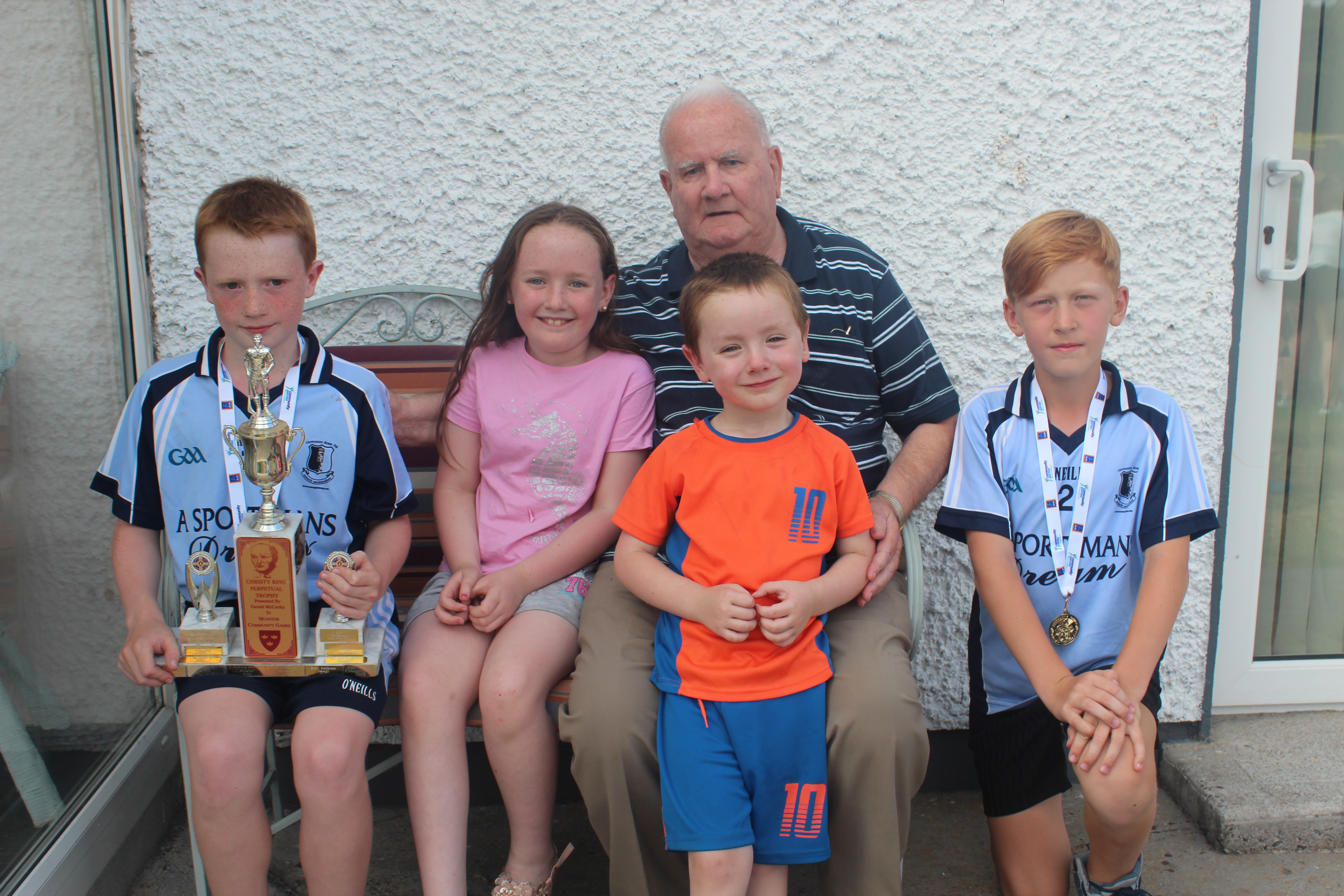 Under 10:
Under-10 training continues as normal on Wednesday evening and Saturday morning.
Under 12: 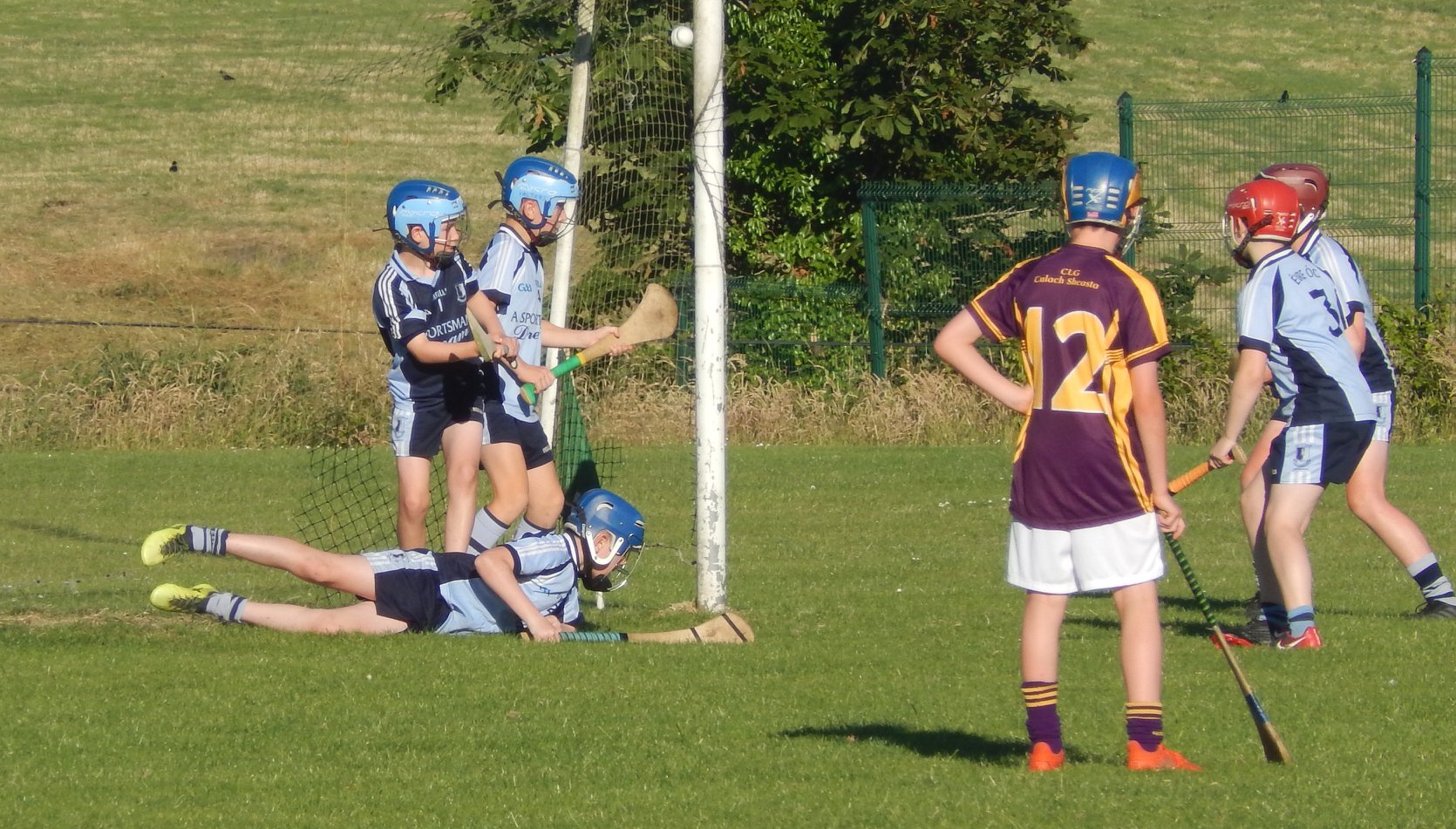 The under-12 D team recorded a victory in Newport last Tuesday evening. We now play Kilruane MacDonaghs and Ballina in the final two group fixtures this week in both A’s and D’s.
Under 14:
The under-14s continue training every Monday and Friday nights at 6.15pm with matches each Wednesday. A much depleted team put up a good performance against Toomevara last Wednesday. This squad continues to improve despite a small panel and management are delighted with their progress.
Community Games:
Our community games team travelled to University of Limerick last Saturday representing Tipperary in the Munster semi-final against the Limerick champions Monaleen. After a great start by the Nenagh boys our lead was reduced to a point at halftime. Very early into the second half Monaleen scored two goals to go five points ahead. A great rally by the boys in blue had scores level and then edged in front by two points with ten minutes to go. A very strong last ten minutes by Nenagh saw them out score their opponents by seven points to qualify for the final on a score line of 5-12 to 5-3. 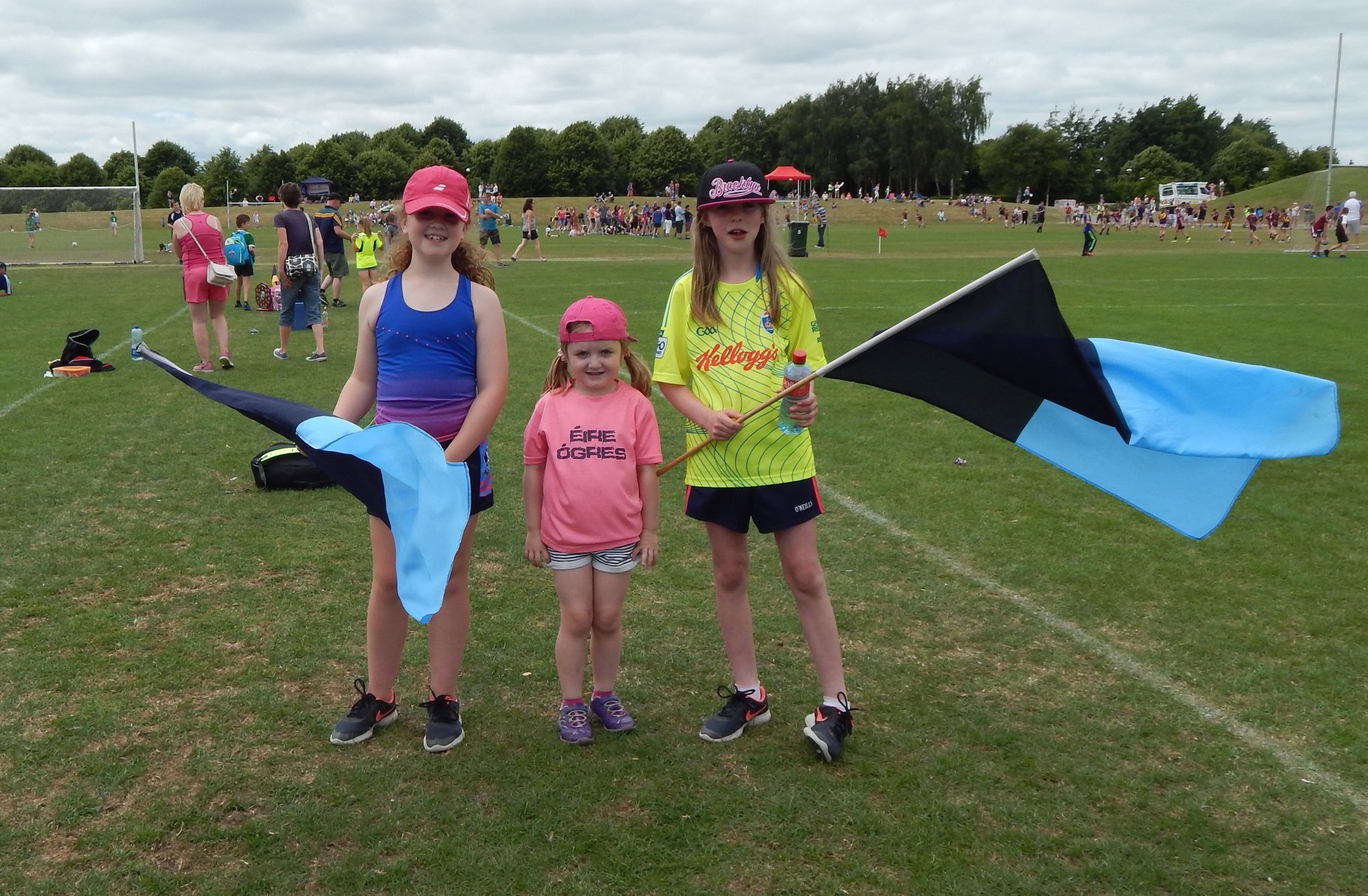 We then played the Kerry champions Kenmare, who had already beaten the Clare and Waterford champions on their route to the final, an hour later. Here Nenagh got off to a great start with four quick goals and never looked back thereafter and ended up with a significant win, 10-6 to 0-1, at the end in which the entire members of the panel all saw game time. Joint captains on the day Valters Janitens and Aodhan Tucker accepted the Christy Ring trophy on behalf of a wonderful group of players. A fantastic day was had by all. Management were thrilled with their performances on the day and were very grateful to all the parents, grandparents and supporters who turned up to support this team. We now move on to the All Ireland in August. 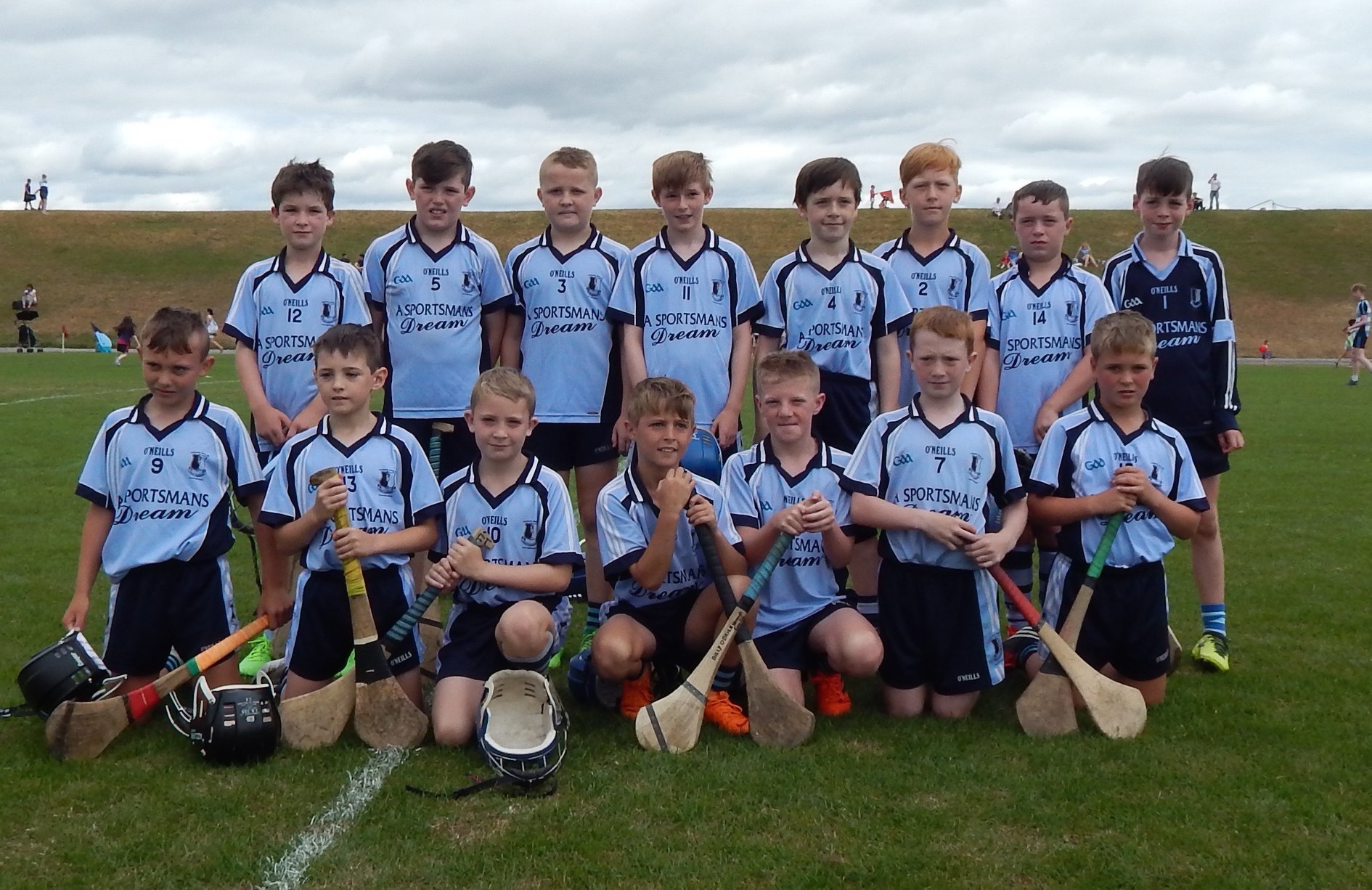 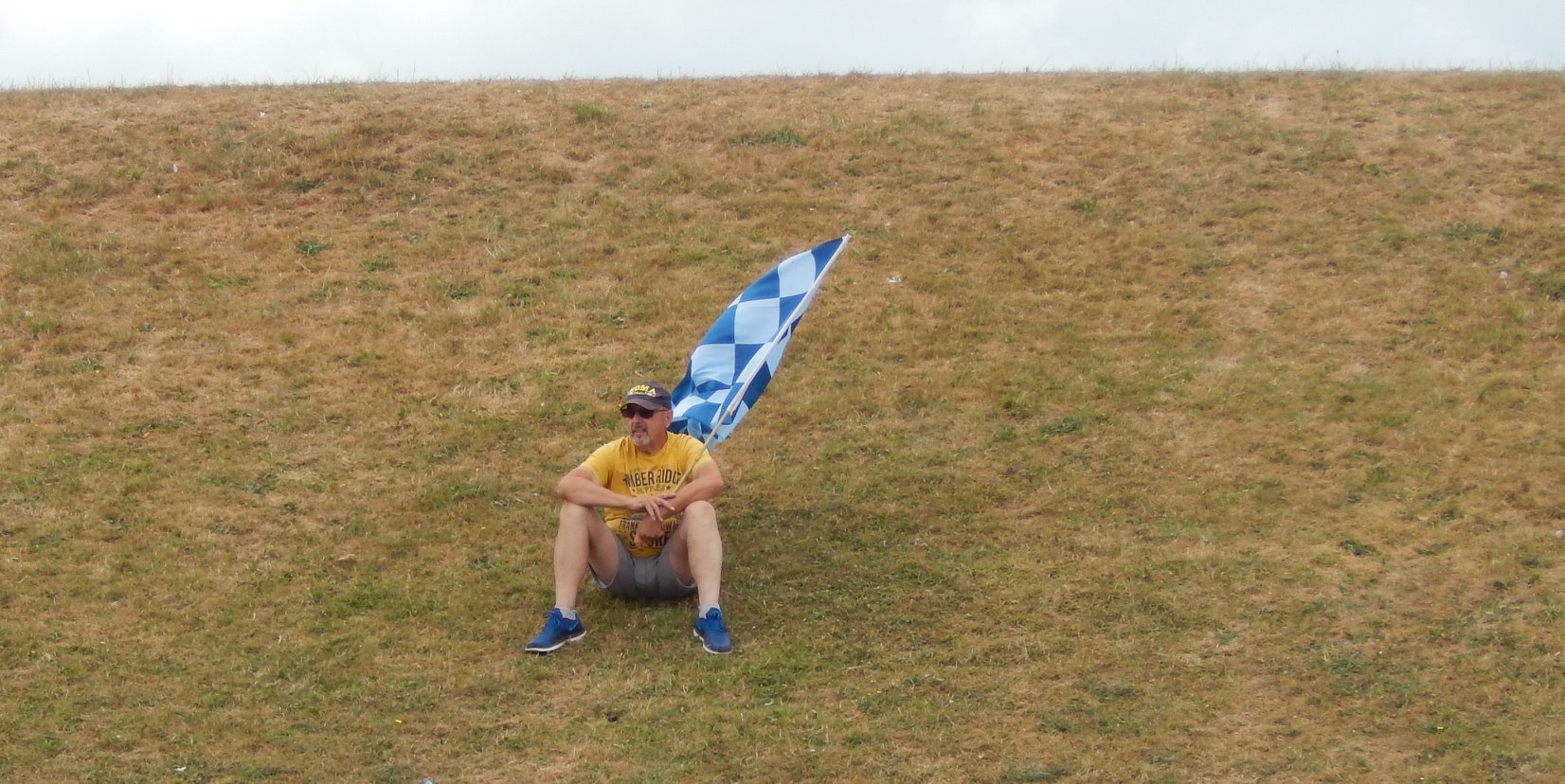 Taff Jones, after deciding to move away from all the Éire Óg supporters, enjoys the view from the bank in University of Limerick

Training for these teams continues at the usual times this week with an under-8 blitz this Saturday in Kilcoleman. Mentors will be in touch with the details.

Training continues as usual for all our other teams and management will confirm the exact dates and times. 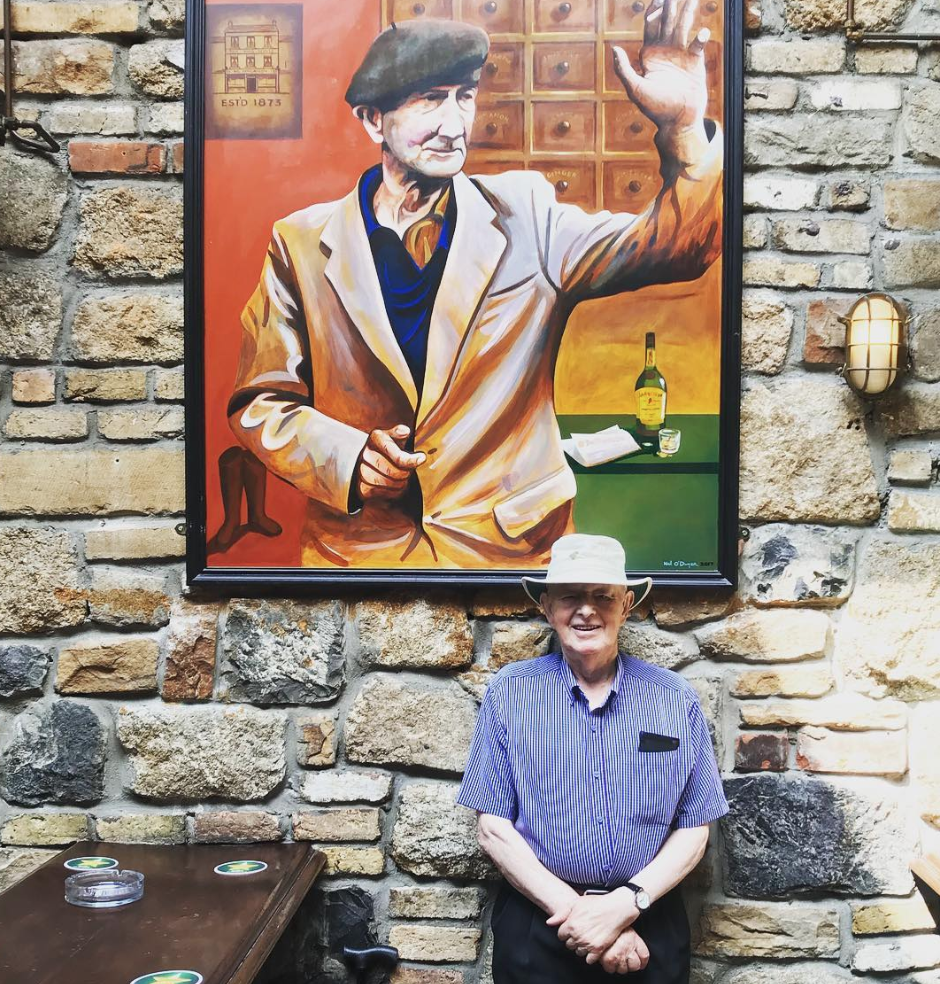 Jimmy Morris under a portrait of Rody Boland 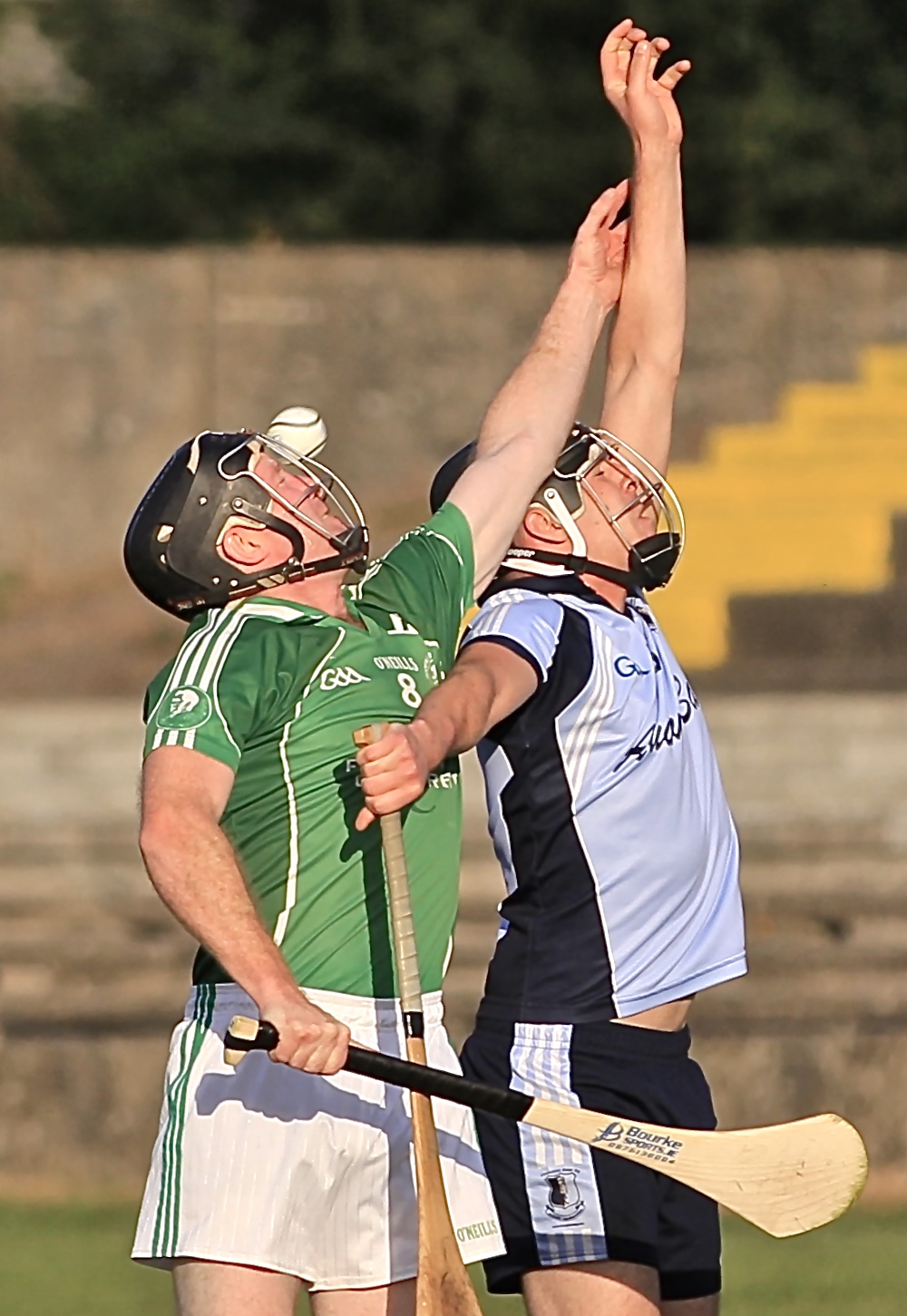 Keep your eyes on the ball at all times. Thomas O’ Brien in action against Templederry