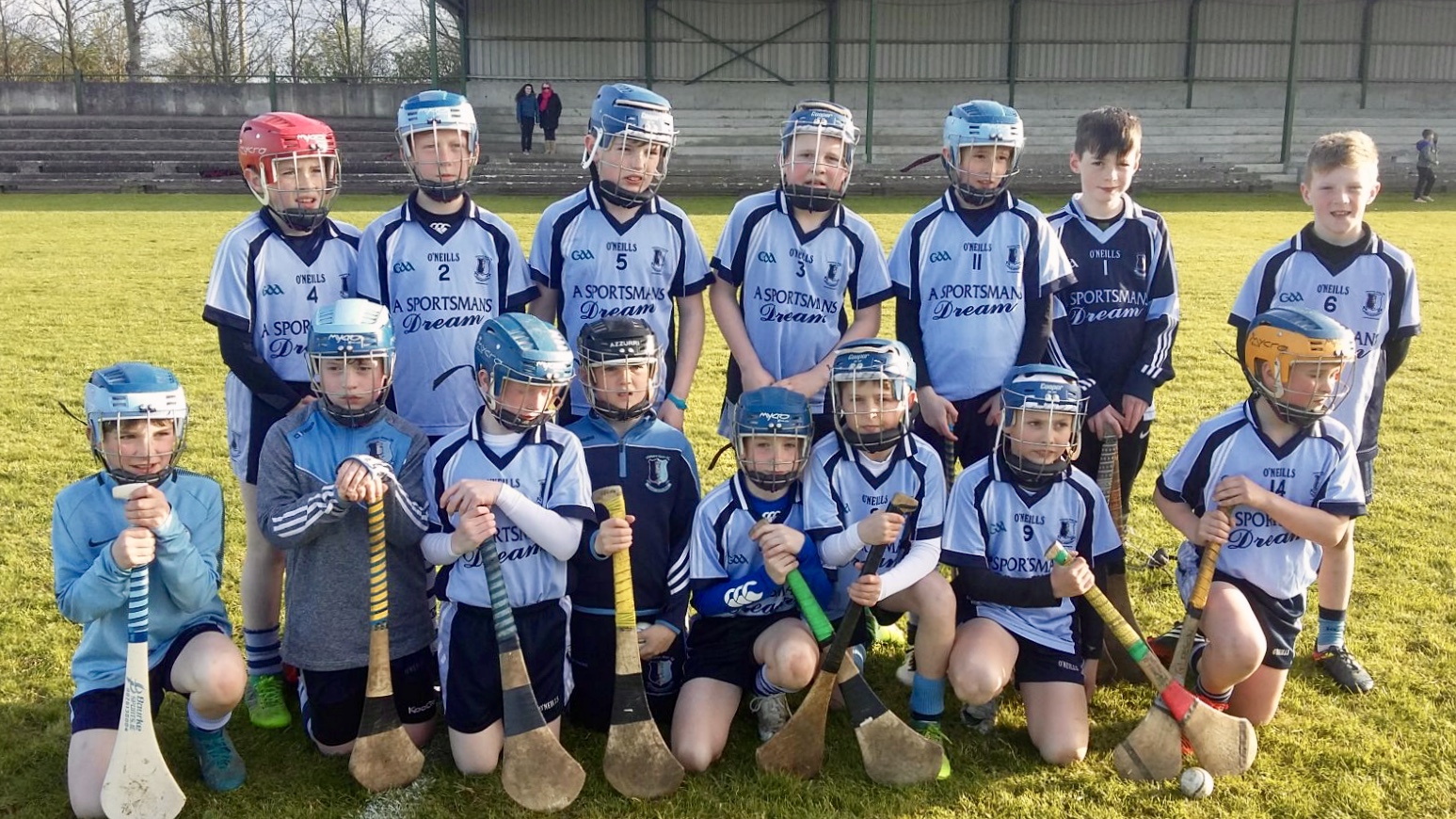 A North title won, a senior inter-county debut and a player of the year accolade, there is plenty of news in this week’s club notes

Congratulations to both Grace O’ Brien and Sarah Quigley who played for the Tipperary senior team yesterday evening in their 1-24 to 1-13 win over Limerick in the Munster semi-final. Indeed, it was a memorable evening for the Nenagh ladies as Grace scored Tipperary’s goal while Sarah was making her senior championship debut. The team now face Cork in the provincial decider and we wish them the very best of luck.

Hard luck to Hazel McAuliffe and Ruth Hassett who were part of the Tipperary intermediate side defeated by Cork in the Munster championship. 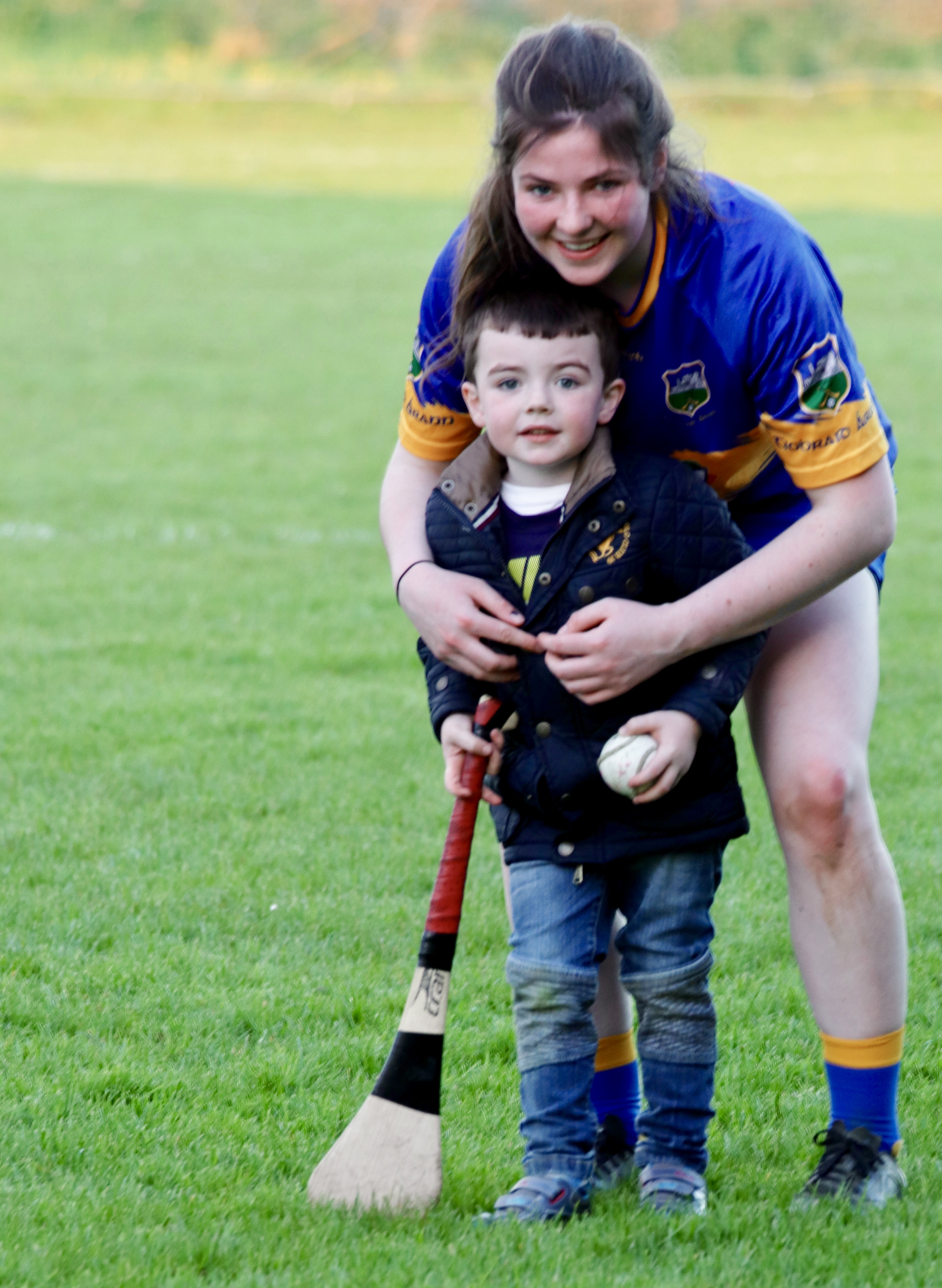 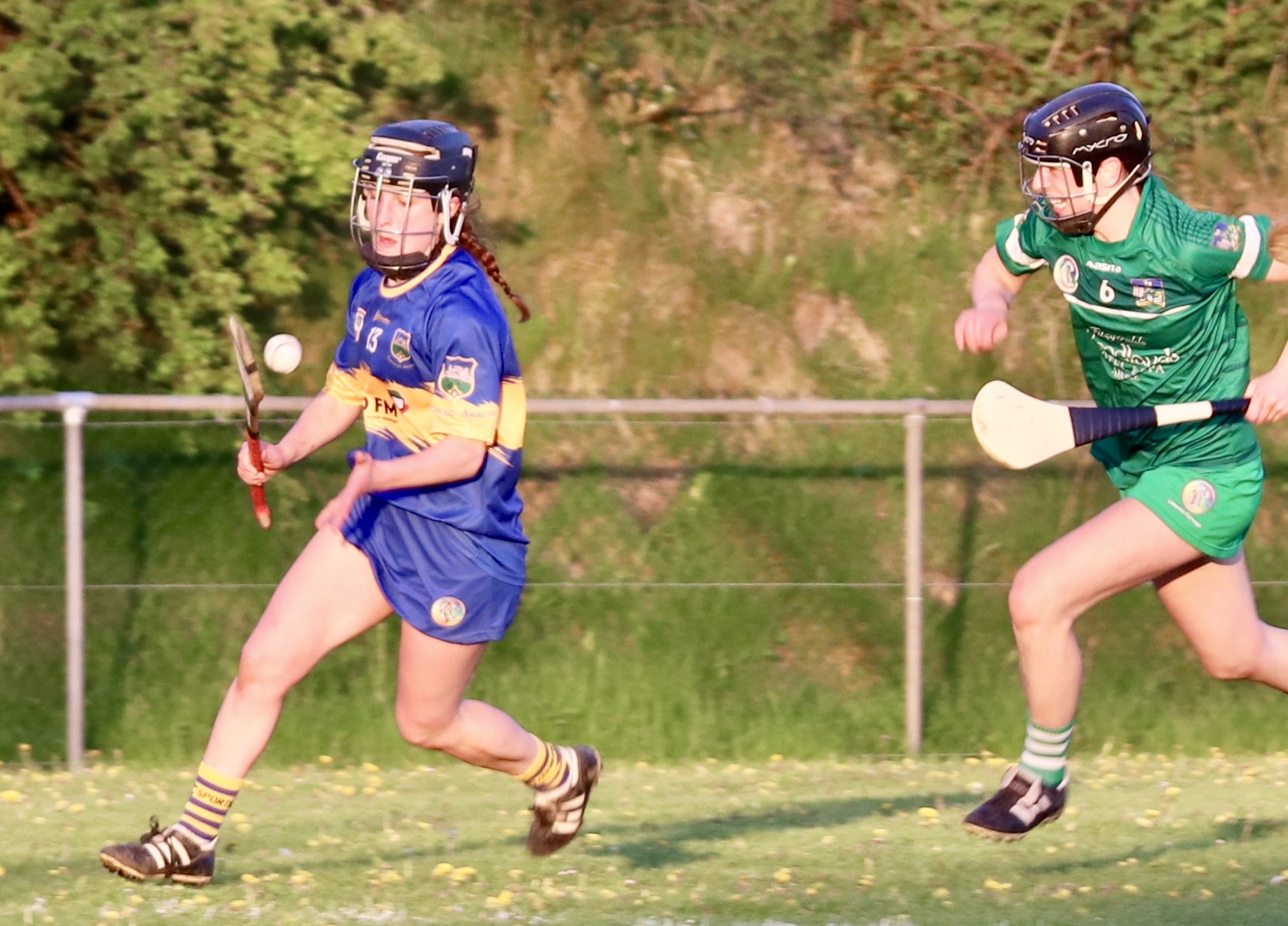 We also extend our best wishes to Callan Scully and the Tipperary minor footballers who face Clare in the Munster semi-final this Tuesday evening in Semple Stadium at 7pm. A Premier win will not only see the team advance to the Munster final but also guarantee football throughout the summer as they will also qualify for the All-Ireland series. Callan has been simply outstanding in his three championship matches to date and it would be fantastic to see a large crowd from the club there to support him this Tuesday. 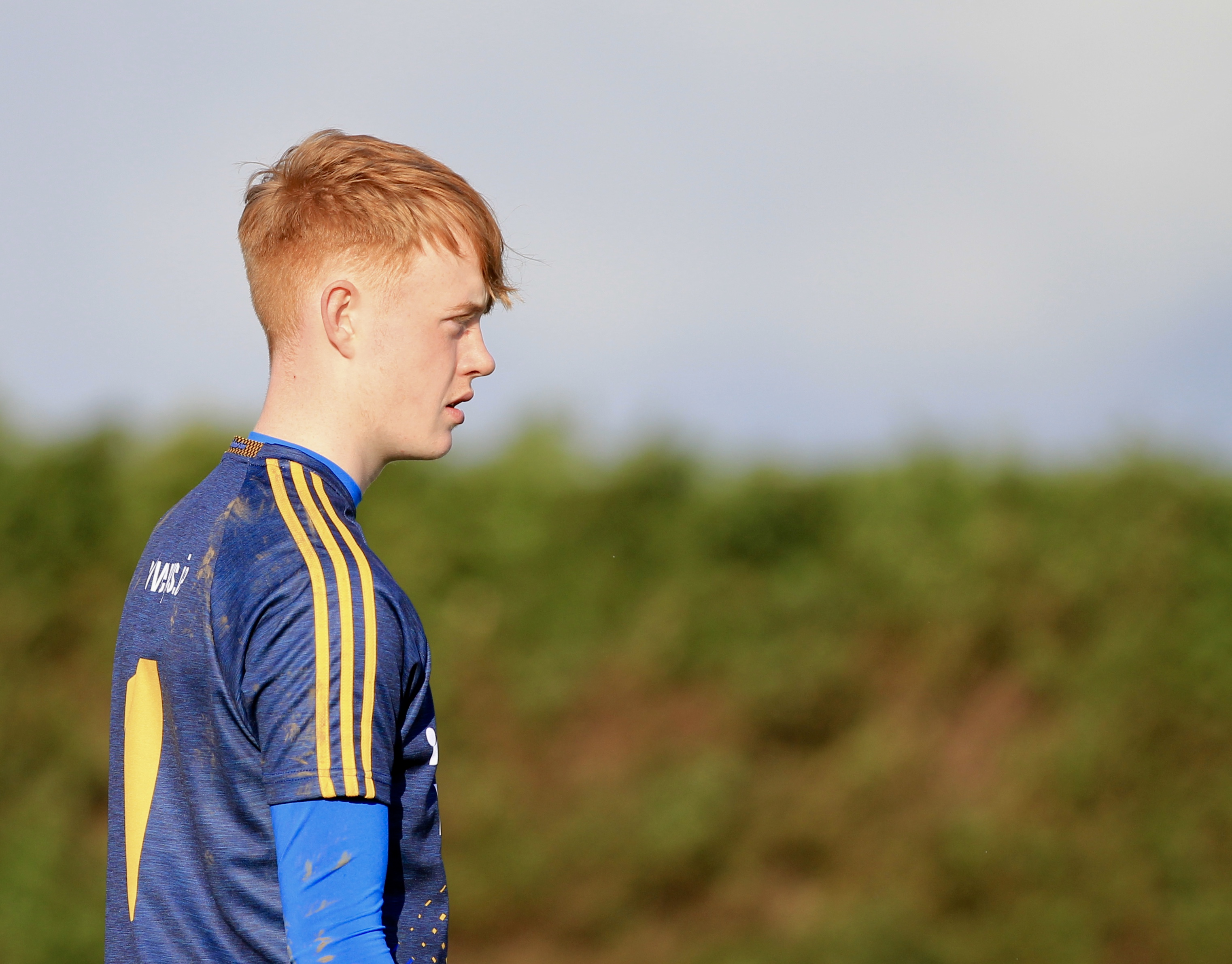 One man that has more than made his mark on the club is Shane Connolly. Shane was part of an extremely successful underage team in Nenagh Éire Óg and he has passed on his vast knowledge of the game to numerous boys and girls over the years through coaching and managing various hurling, Gaelic football and camogie sides. In recent times he has been involved with the North and Mid Tipperary side in the Celtic Challenge and he spoke to http://www.gaa.ie You can read Shane’s interview in the Twitter link below:

One camogie player who has been setting the world alight in recent times is Ruth Hassett. Winner of an All-Ireland under-18 title in 2016 with Tipperary she has carried her exceptional form into colleges camogie where she now plays for the National University of Ireland, Maynooth and her performances have been acknowledged as she was recently awarded their fresher camogie player of the year award. Congratulations Ruth from everyone in the club. 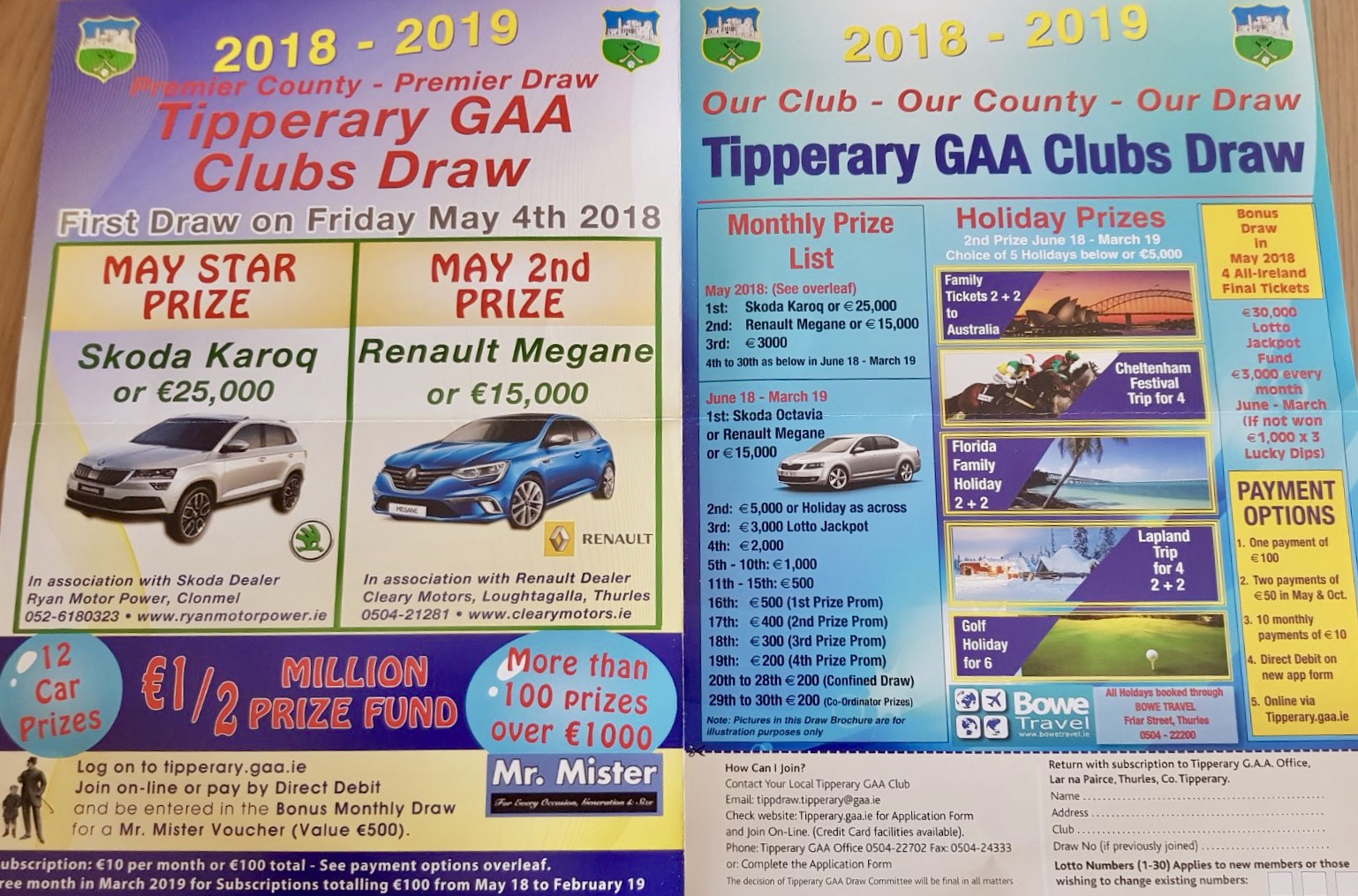 The 2018 Tipperary GAA Clubs’ Draw has recently been launched and once again there are amazing prizes on offer for lucky winners including the Skoda Karoq and Renault Megane and a prize fund of a whopping €500,000.

With the purchase of our new grounds at Streame and the expensive day to day running of the club your support is needed more than ever.

There are three payment options:

This is with out a doubt the clubs biggest fundraiser of the year, so we would in courage as many people as possible to join especially those that are involved in the club please.

The club would like to express its condolences to Catherine McTiernan and family following the recent passing of her brother Noel Russell, Carrick Swan. Noel was an exceptional hurler with his club winning many South under-21 and senior medals and was also a highly regarded coach mentoring various Tipperary minor and under-21 sides where a number of Nenagh Éire Óg players benefited from his knowledge of the game.

These games will not be played until after Tipperary’s interest in the senior inter-county season ends.

The junior-A side are due to play Toomevara on Friday evening in the league quarter-final at 19.00 in MacDonagh Park. Best of luck to all concerned. 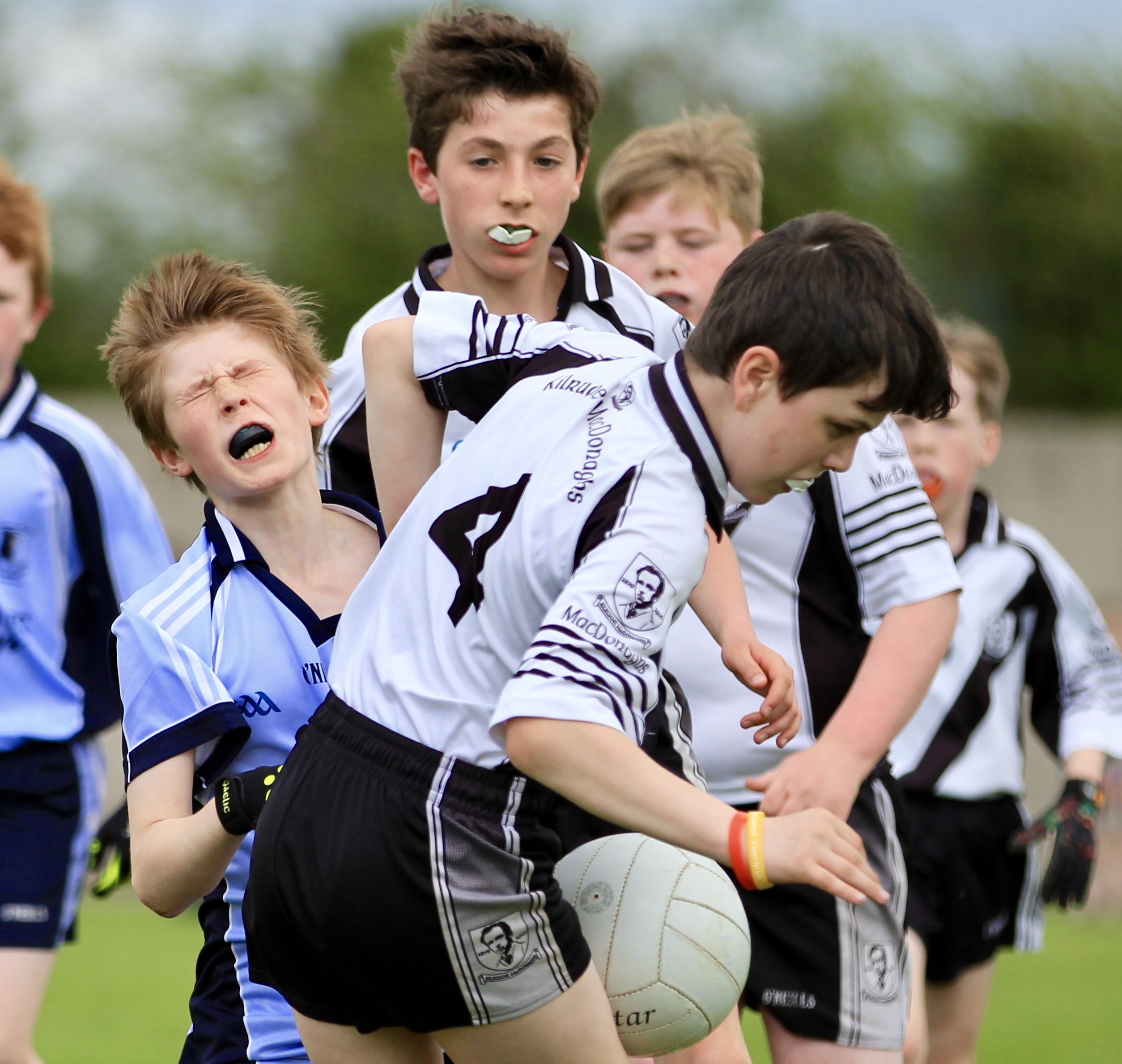 Action from the under-12 D Gaelic football final

Under 8:
Gaelic football takes place every Tuesday from 6pm to 7pm. New players are always more than welcome. Gumshields are compulsory.
Under-8 hurling continues every Wednesday and Saturday at the usual times.
Under 10:
Under-10 hurling and football training continues same times during the week.
Under 12: 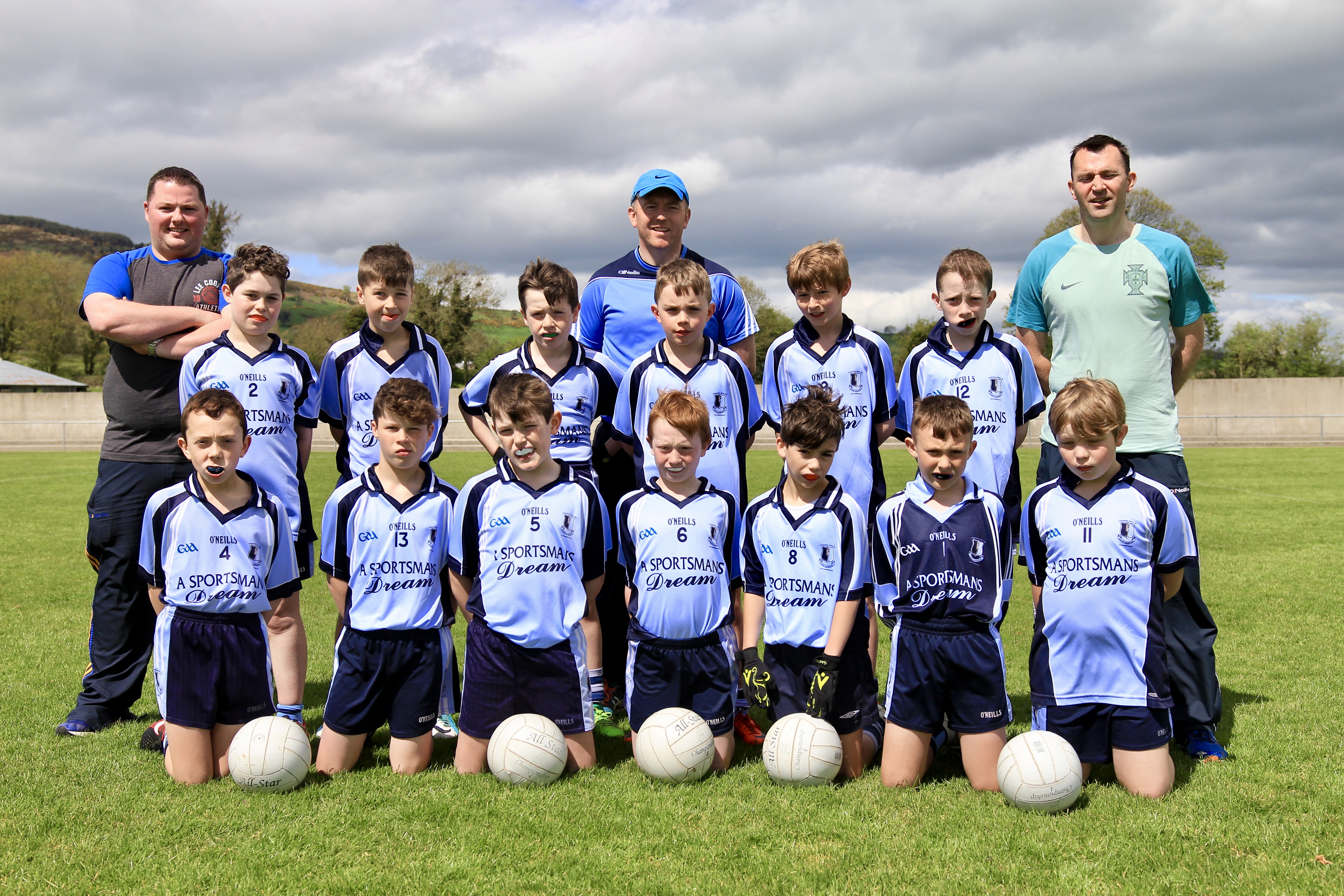 Our under-12 D football team lost the North Final to a very strong Kilruane MacDonaghs last Saturday in Templederry. Our lads battled bravely to the end with an excellent second half performance. Well done to all the players and thanks to all the supporters who turned up on the day.
Under-12 hurling training continues same times during the week.
Community Games: 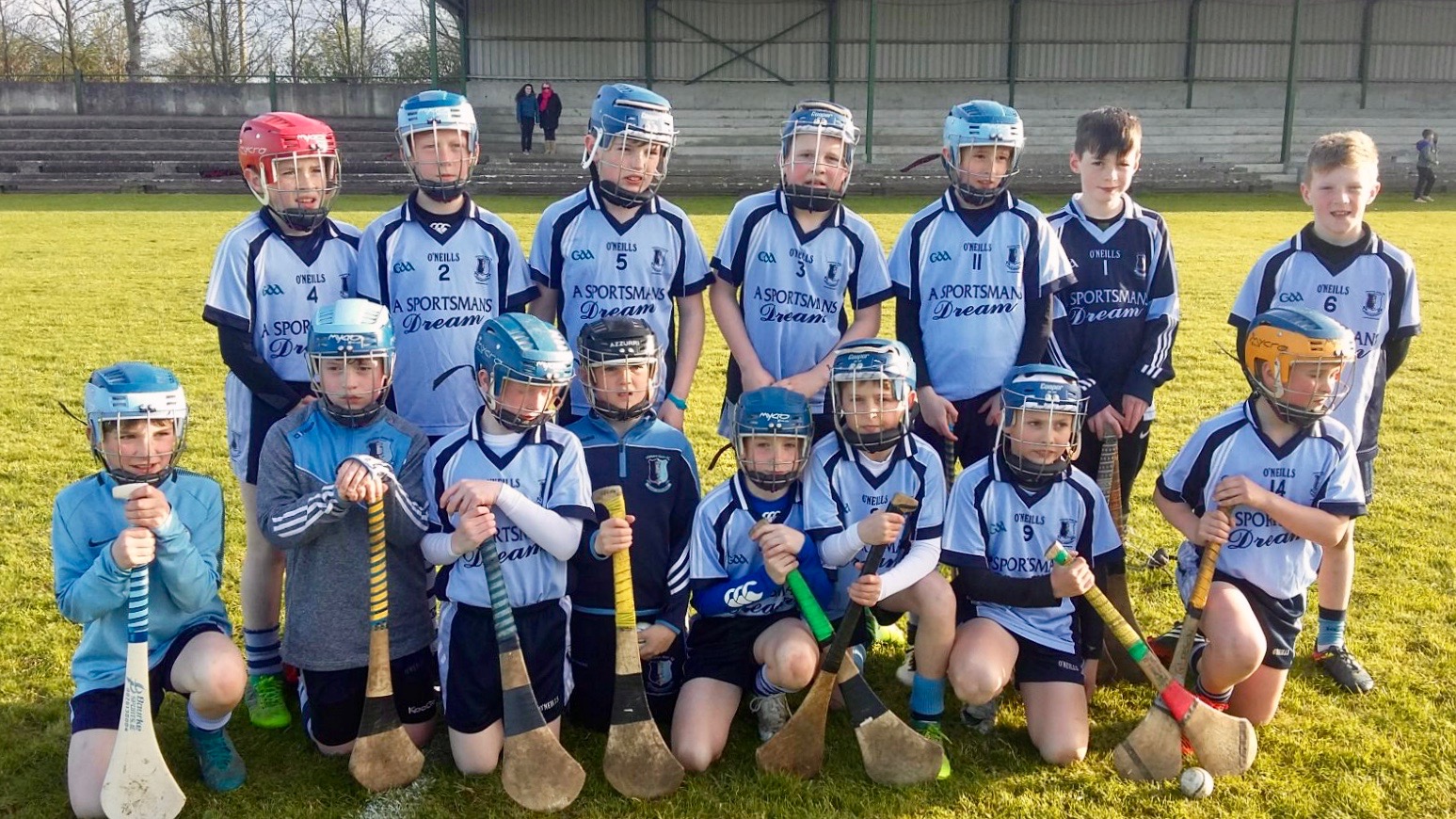 Our community games hurling team had a very exciting win again Kilruane MacDonaghs last Wednesday evening in Cloughjordan in the North final. Great skill on both sides was evident on a fine evening for the large attendance of supporters. Thanks to all our supporters for cheering on the lads on the evening. The county final takes place this Saturday in Holycross at 4pm v Fethard. All support appreciated.
Family Fun Run:
Nenagh Éire Og Juvenile club Family Fun Run is scheduled to take place on Sunday June 17th. 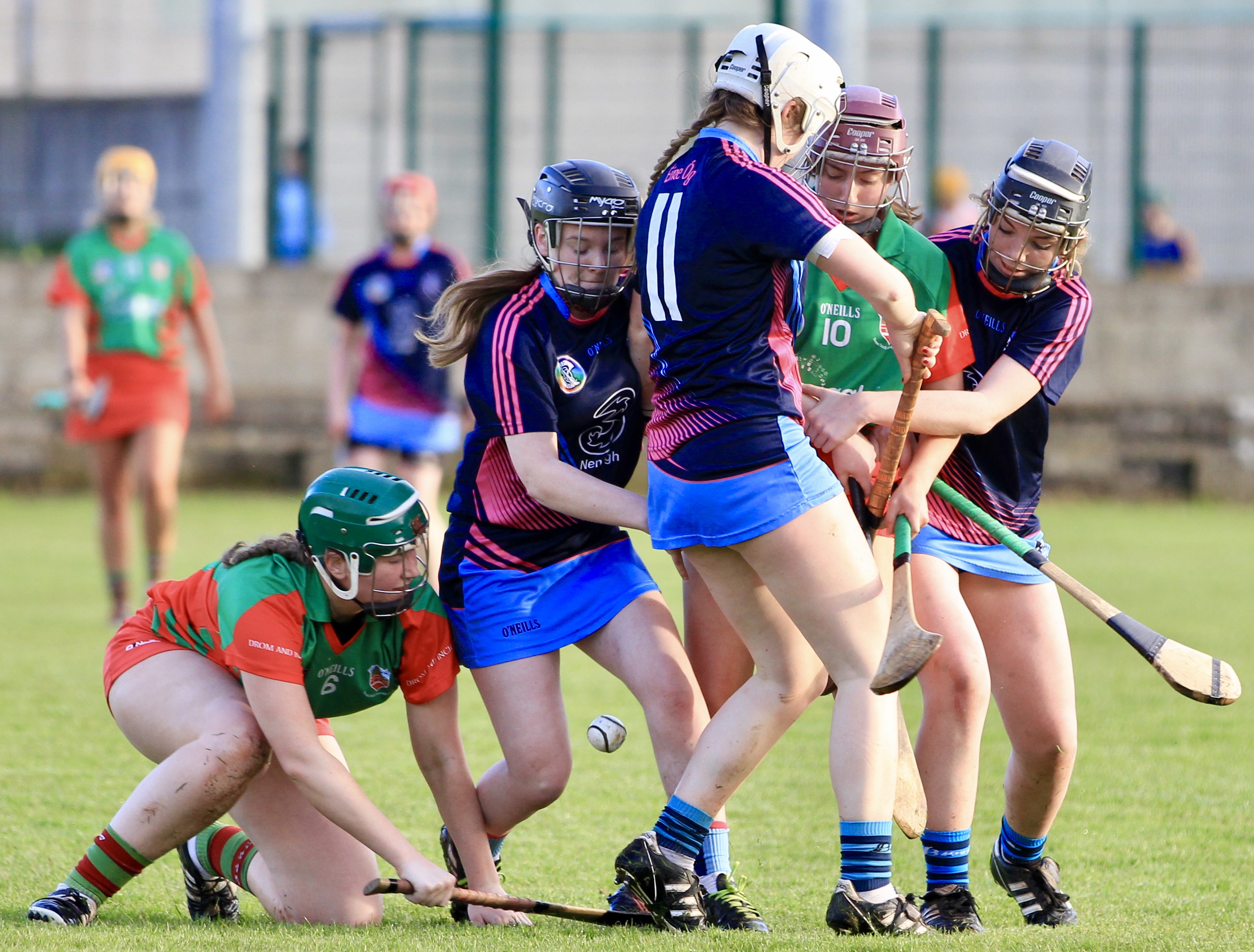 Action from the senior league match against Drom & Inch

Our senior camogie team had mixed results this week. On Thursday evening they travelled to The Ragg to take on Drom & Inch and were missing a large number of players due to exam and inter-county commitments and were beaten however those that played deserve huge credit for their performances as they battled all the way to the full-time whistle. The team had much better luck however on Saturday evening as they overcame the challenge poised by Clonoulty Rossmore in MacDonagh Park, 1-11 to 0-8, a result that ensures the side have qualified for the league semi-finals. They have one match left to play against Éire Óg Annacarty and this is expected to take place next weekend.

Our under-16 side qualified for the C county final today after a 4-7 to 1-2 win over Borris-ileigh. They await the winners of Drom & Inch and Boherlahan and this game is due to take place next weekend. Training continues on Tuesday and Thursday at 17:30.

We played out a thrilling draw with neighbours Kiladangan, 1-4 apiece, on Wednesday evening in MacDonagh Park. This is no fixture this week and training continues at the usual times.

Training continues at 6pm on Tuesdays and 5.30pm on Thursdays. We play our final group match away to Portroe at 7pm on Wednesday evening. 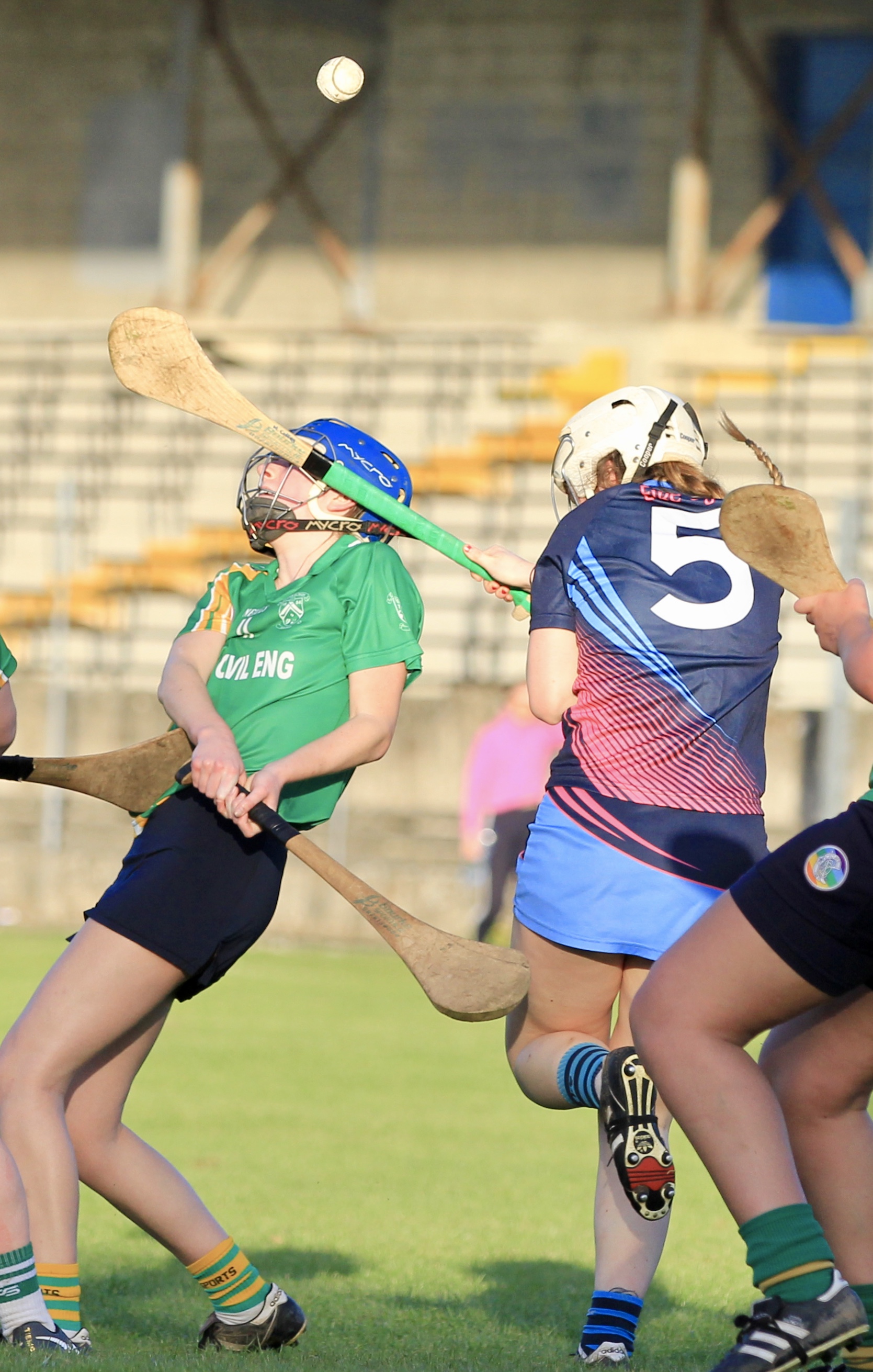 Come Dine With Me 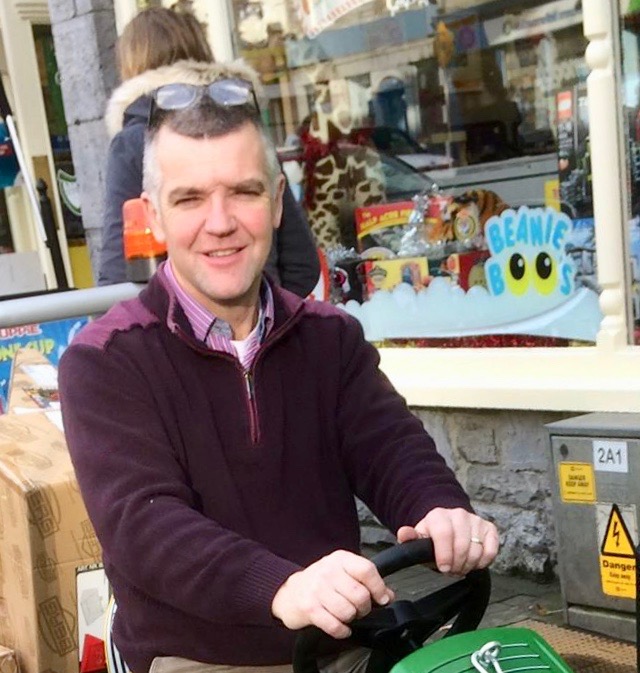 The Nenagh Éire Óg camogie club are thrilled to reveal the celebrity chef for this year’s Come Dine With Me fundraiser in the Hibernian Inn on Friday 11th May.

Winner of two All-Ireland titles, four Munster medals, two National hurling leagues and four All Star awards with Tipperary, as well as a county senior hurling championship with Nenagh Éire Óg, Michael Cleary is going to be the head chef for the evening.

Michael has been hugely successful in management leading Tipperary to their very first All-Ireland camogie title in 1999 and two more successes in 2000 and 2001 and there is no doubt that he will use these leadership skills in the kitchen as he puts his own unique stamp on the menu.

A hugely successful business man, he owns and operates JKC’s in Nenagh and it is fitting that he has teamed up with another local success story, Nenagh Éire Óg camogie club, to deliver what promises to be a wonderful evening of food, drink and lots of fun.

Music on the night will be provided by the brilliant Dufrane and the eight players who won county junior-B, junior-A and intermediate medals with the club will be honoured.

Tickets cost €20 or three for the amazing price of €50 and can be purchased from any committee member. 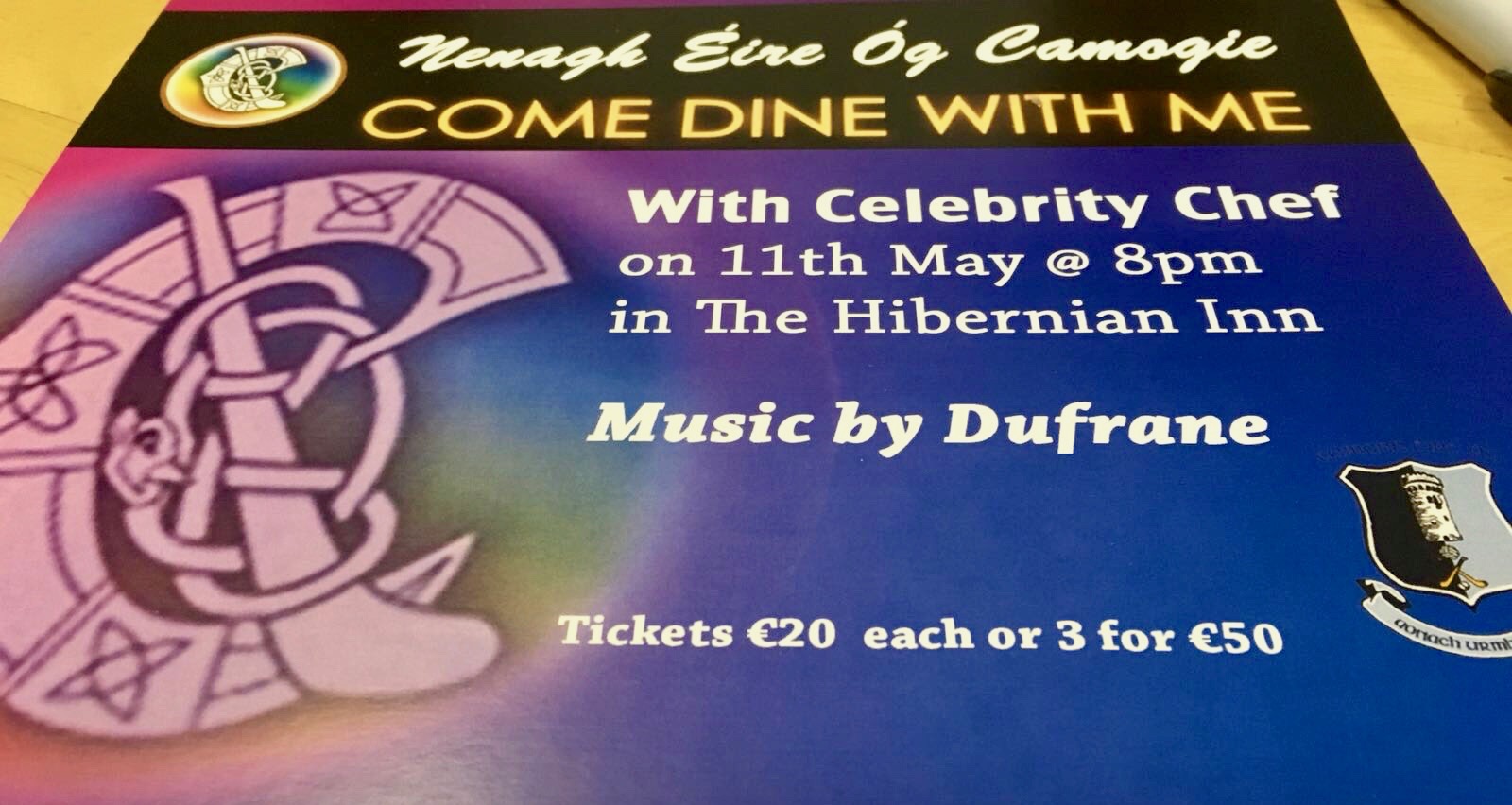 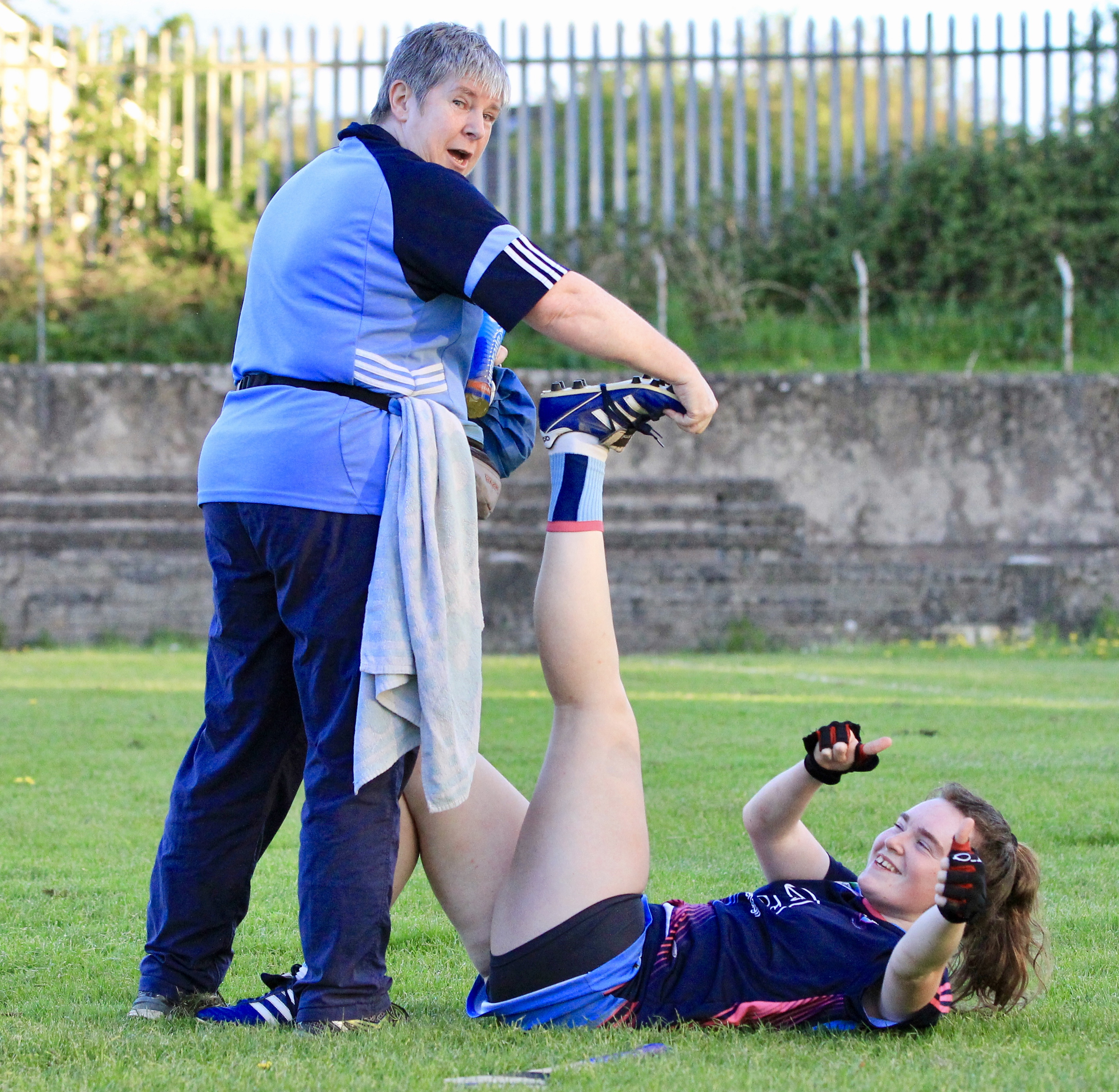