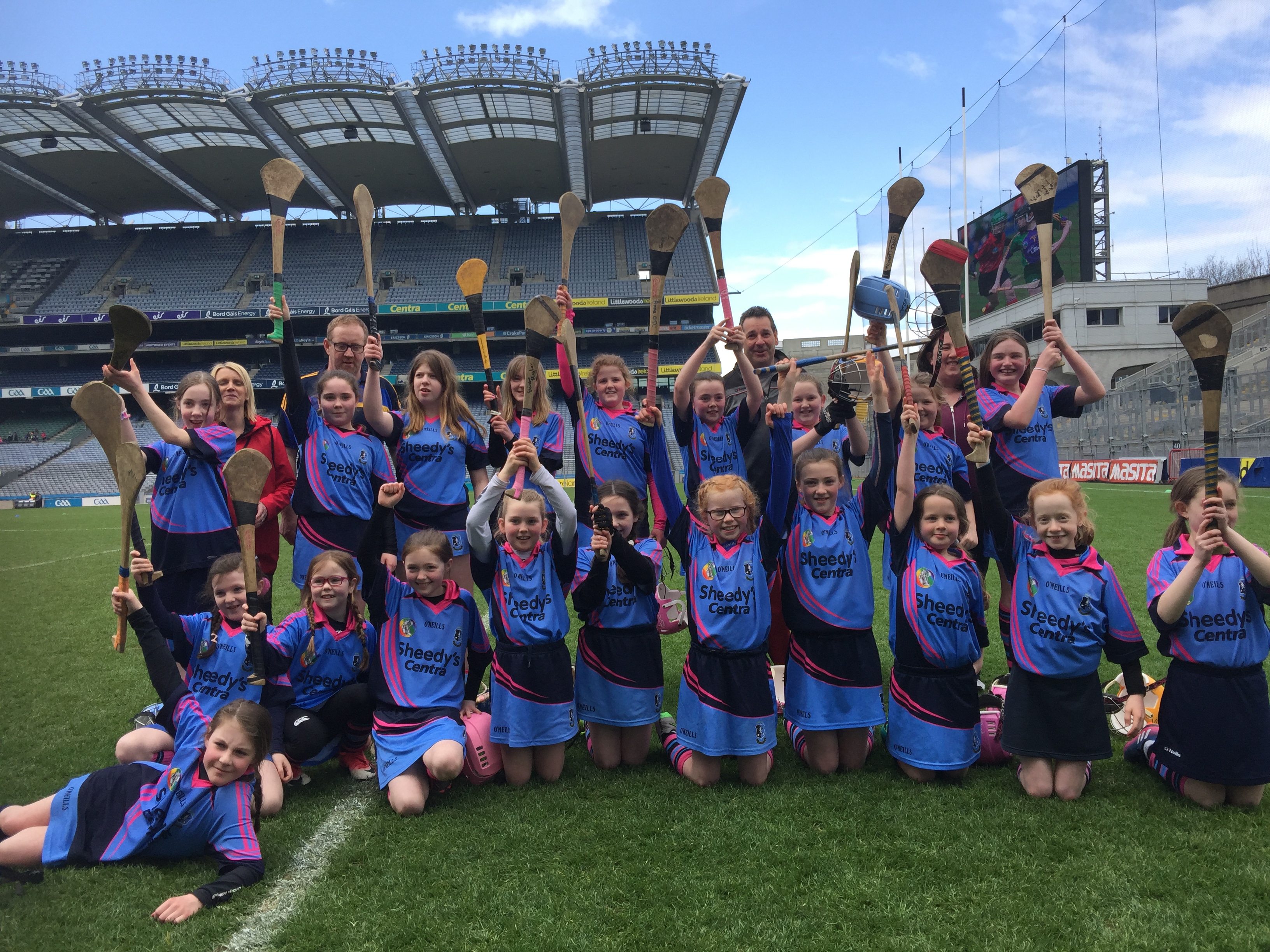 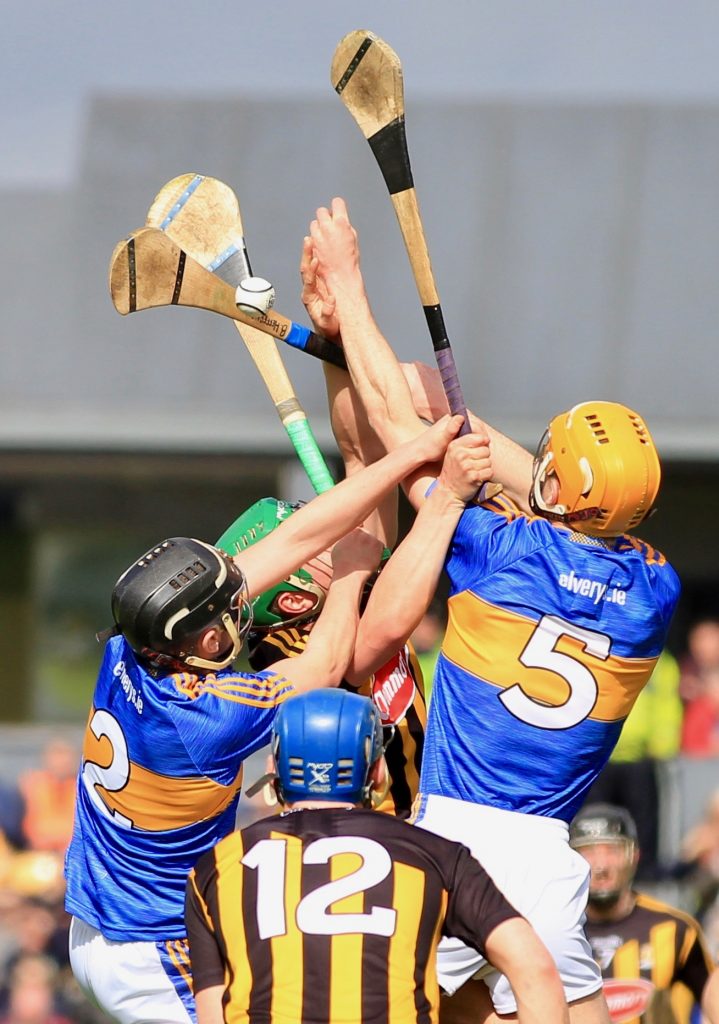 Tipperary: Hard luck to Barry Heffernan and the Tipperary senior hurling team who were defeated by Kilkenny in the Allianz National Hurling League Final yesterday in Nowlan Park. Wearing the number five jersey, Barry had a fine game at wing-back and represented the club with pride and passion.

We extend our congratulations to Callan Scully who has been named in the Tipperary minor football panel by manager Matt O’ Doherty for 2018. This is a fantastic achievement and we wish Callan and his team mates the very best of luck on Wednesday evening when they welcome Kerry to Semple Stadium for the opening round of the Munster minor football championship. 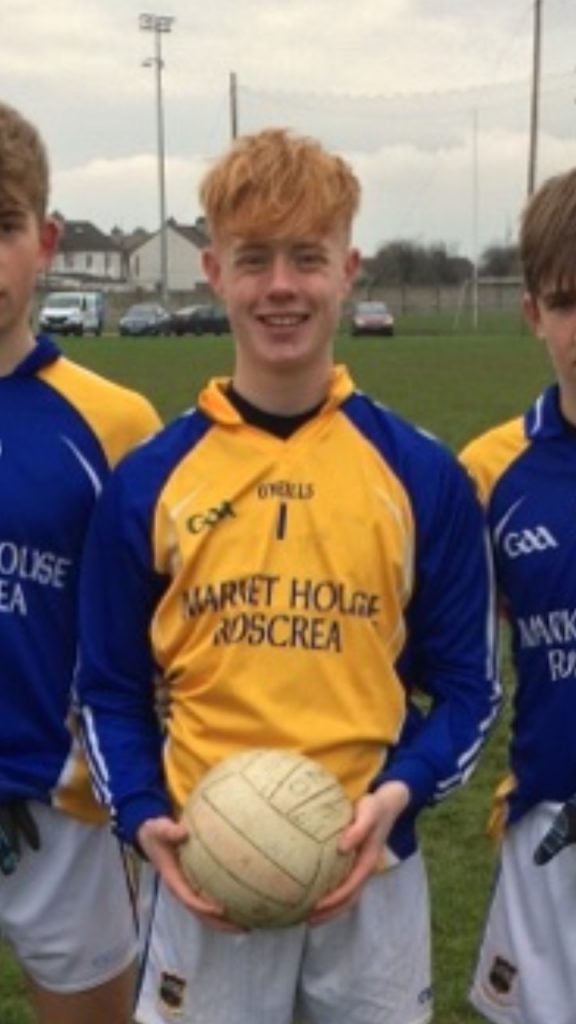 Senior Hurling: For the first time since last year’s North Tipperary senior hurling final our senior hurlers make a welcome return to championship action this Sunday when they face Roscrea in Dolla in the county championship at 3:30p.m. The lads have been working extremely hard under the management of John Fitzgerald, John Phelan, Paul Ryan, Brian McDonnell and Darragh Droog and deserve your support.

Minor: Our minor hurlers play Toomevara on Thursday evening in Cloughjordan at 6:30p.m in the first round of the North Championship and hopefully a good crowd from the club will come out to support these talented young hurlers.

Sympathies: All at the club extend our sympathies to the Nevin family on the passing of Martin. 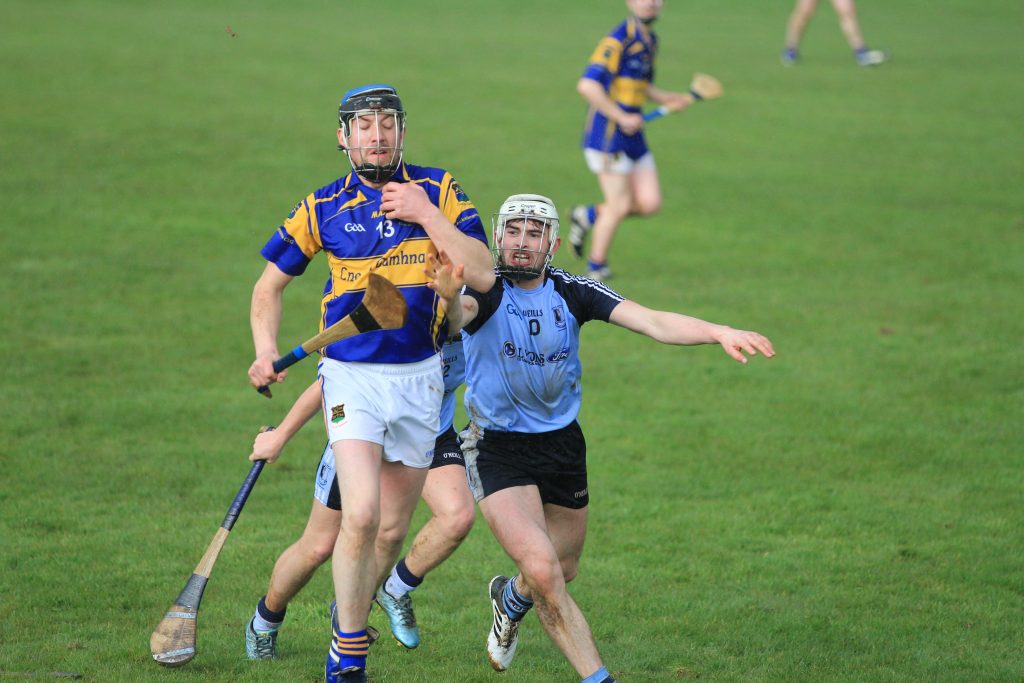 First Responders: Recently the Nenagh Éire Óg GAA club organised and ran a “First Responders” defibrillator training course, in conjunction with the Irish Red Cross, in MacDonagh Park. The club congratulates all of those who successfully completed the course especially Bartley Ryan who arranged this vital training and the Irish Red Cross for all their time and efforts.

Handball: We had a fantastic turnout of juveniles on Saturday for a marathon day of handball. A big well done to all the players, especially our younger members. Thanks to parents, brothers and sisters for great support for our end of year tournament and especially to Eamonn, Willie and Brian for organising and refereeing. 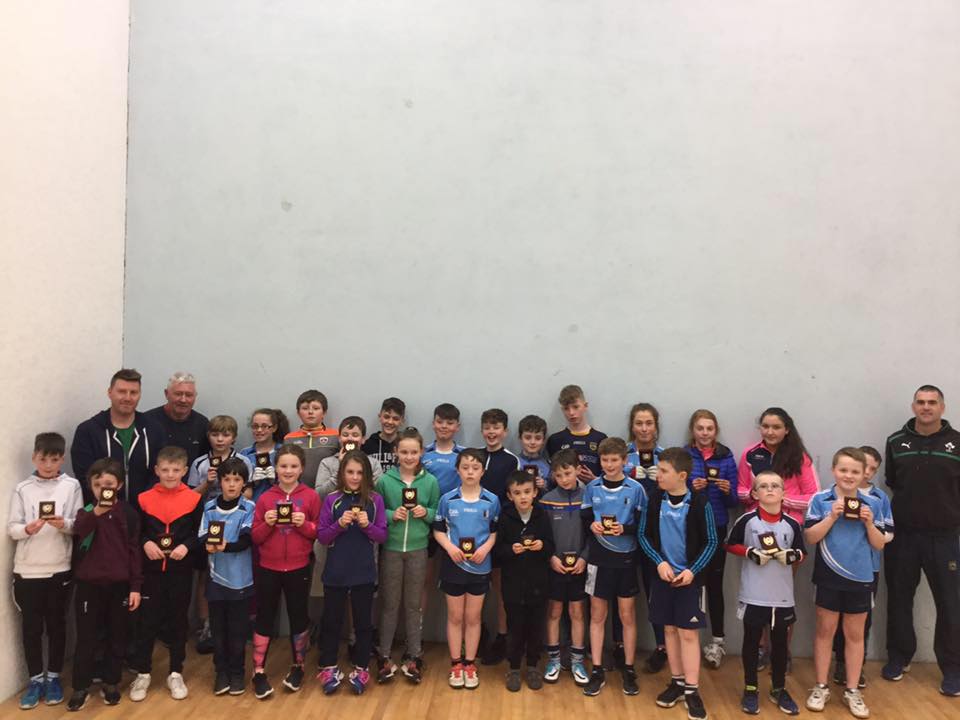 Congratulations to Sinéad Meagher (Nenagh Handball) and Róisín Cahill (Lahorna Handball) representing Tipperary who won the Ladies Junior Doubles All-Ireland last weekend beating Kilkenny opposition. All of us are very proud of you. 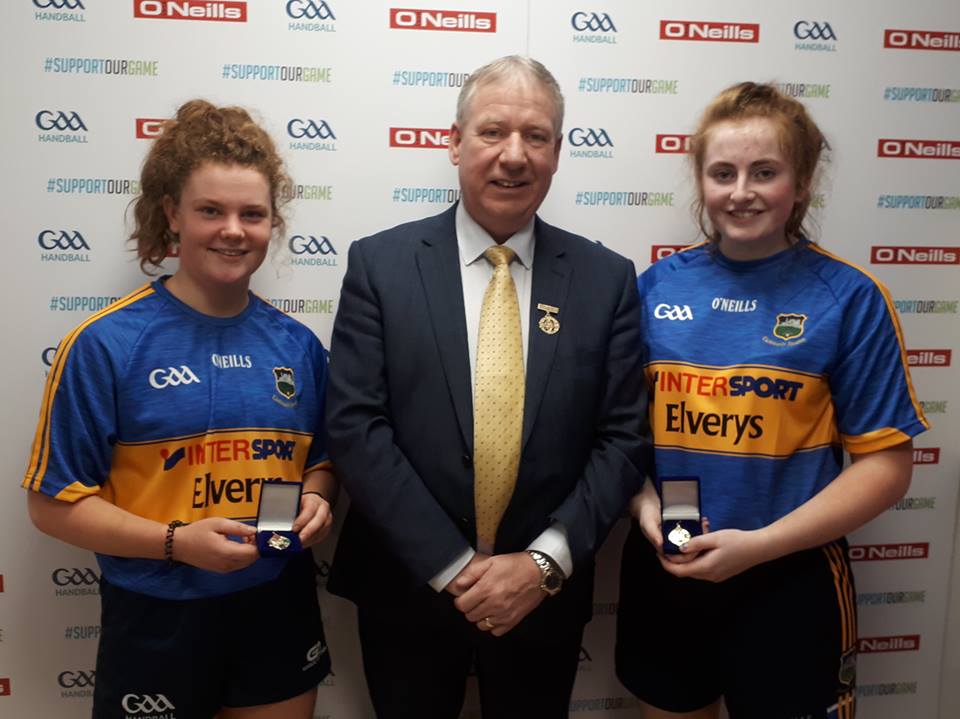 Camogie: Our under-12 girls made their Croke Park debut at the weekend playing in a fun blitz on the fabled surface. Thanks to all who organised the event and to the girls themselves who were a credit to the club.

Under-6 & under-8: Training continues in St Mary’s sports hall every Monday night from 6pm to 7pm . Weather permitting we will be moving outdoors soon . Helmets can be purchased at training weekly.

Under-12: The under-12 panel have started the year in flying fashion beating Newport and Kildangan in their first two league games. They traveled to Croke Park on Sunday for the Camán to Croker and represented their club and county extremely well winning their two games and behaving impeccably. As always they were togged out immaculately thanks to all their parents. Well done to all the parents that traveled and thank you to the management for the time and effort that they are putting into preparing and looking after this group. Take a bow James, Breda, Noel and Rose . Thanks also to Maria (Bridget) Sheedy our chairperson who stood in for Bridget Delaney while she sunned herself in South Africa.

Under-14: We were due to play St. Cronan’s Roscrea away last week in the Community Games but it was called off due to a bereavement in Roscrea.

Under-16: The under-16 team made it two wins out of two defeating Burgess in Kilcoleman with the score line 2-3 to 1-1. Well done to both teams for playing in such terrible weather conditions that saw two ducks entering the fray at one stage.

Seniors: The seniors were due to play Eire Og Anacarthy at the weekend but it was called off due to the weather. 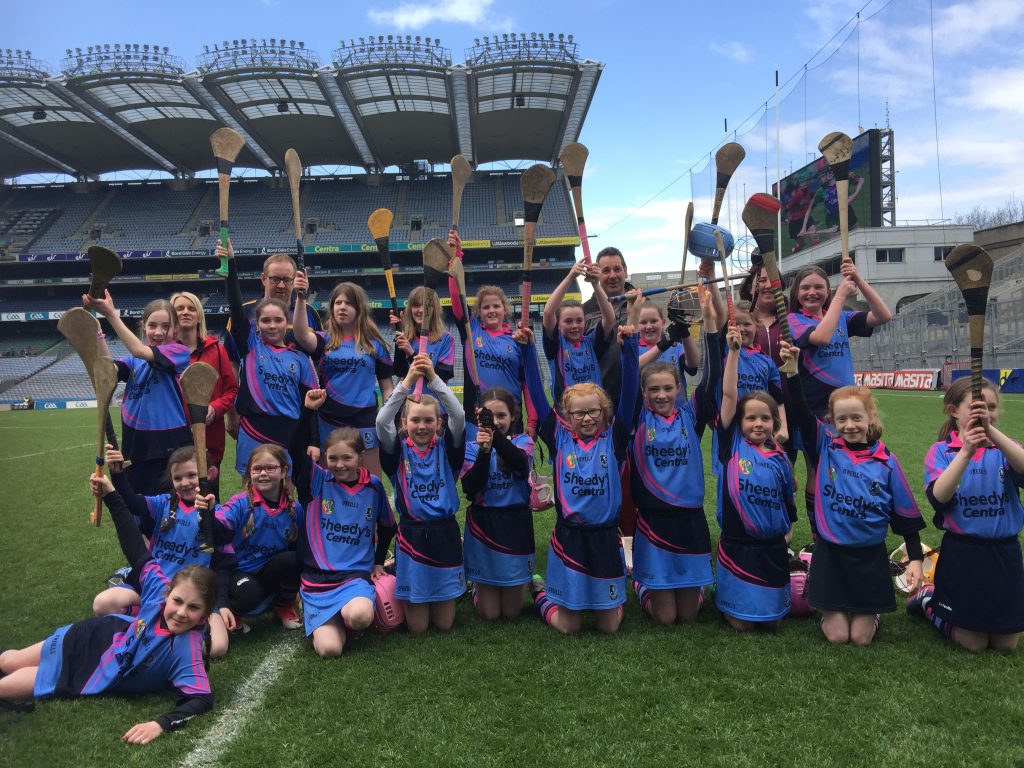