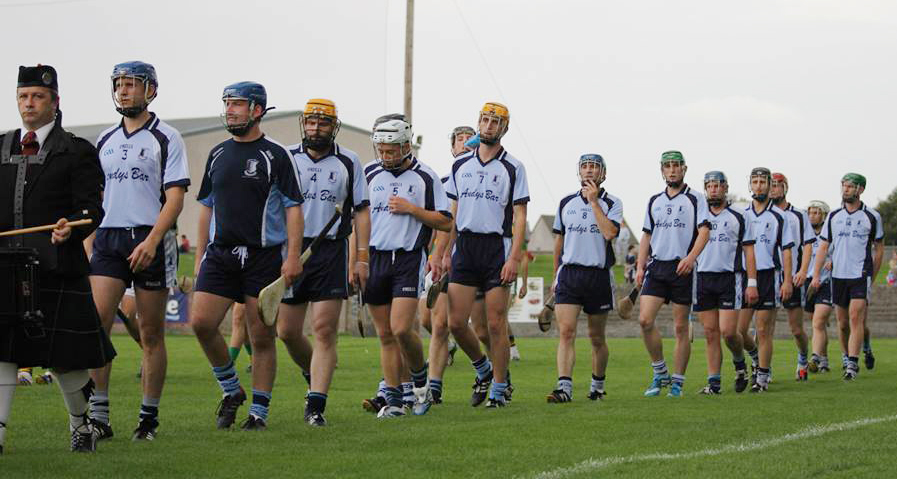 Playing with a ferocity which has long been associated with the Burgess club Pat Cremin’s men roared into a 0-5 to 0-1 lead inside the opening seven minutes. Points from Brian Hogan and Eoin ‘Tossy’ Hogan forced Burgess into an early lead before Donnacha Quinn responded with a free for Éire Óg following a foul on Paddy Murphy. Burgess, however, poured forward in search of further scores with Stephen Murray (free), Noel Gleeson and Donagh Maher adding to their tally.

Nenagh added further scores through Donnacha Quinn (free), Andrew Coffey and Paddy Murphy to edge themselves into a 0-8 to 0-5 lead by the 22nd minute. In the 24th Paddy Murphy broke a ball through to Killian Gleeson; Burgess’ Niall McGrath made a sensational save to deny Gleeson a certain goal, but the corner-forward gathered the rebound and was hauled down for a penalty which Donnacha Quinn tapped over the bar (0-9 to 0-5).

Stephen Murray (free) managed a response for Burgess, but Éire Óg, who were playing with an encouraging breeze in the opening half, added a tenth point thanks to the efforts of Michael Heffernan in the 27th minute.

To their credit Burgess made a great stand during the closing minutes of the half when they out-scored Éire Óg 0-3 to 0-1. Tommy Heffernan was responsible for the Blues’ effort while Daniel Ryan, Brian Hogan and Stephen Murray (free) struck for Burgess. The sides retired with two between them at the break (0-11 to 0-9).

Two Stephen Murray efforts (one free, one ’65) book-ended a Donnacha Quinn free to leave just a point between them (0-12 to 0-11) by the 35th minute. A terrific point from Dáire Quinn preceded an effort from Damien O’Brien before Michael Heffernan converted a long-range free in the 39th minute to leave two in it (0-14 to 0-12).

In the 41st minute Burgess scrambled home a goal to take the lead (1-12 to 0-14), but Éire Óg hit back immediately when Paddy Murphy won a free from the resultant puck-out and Donnacha Quinn converted the placed ball.

With sixteen minutes to play, however, Eoin ‘Tossy’ Hogan rifled in a second Burgess goal. Within a minute the unerring Stephen Murray added a free and now Éire Óg trailed by four (0-15 to 2-13).

Four agonising minutes passed before the Blues launched a comeback. In the 49th Tommy Heffernan fired over a point before converted frees from Donnacha Quinn and Michael Heffernan dragged Éire Óg to within a point (0-18 to 2-13) with six minutes to play.

In the 56th minute Stephen Murray converted a vital ’65 for Burgess and although Paul Ryan responded for Éire Óg another Stephen Murray free left two in it (2-15 to 0-19) as this final moved into injury time.

The Éire Óg lads poured forward in search of vital scores and a Michael Heffernan free in the 61st minute cut the gap to a manageable one (0-20 to 2-15). Burgess stood their ground, however, and hit back with a Stephen Murray free before Eoin ‘Tossy’ Hogan landed a terrific point from distance in the 63rd minute.

Referee Michael Murphy had indicated four minutes of injury time and as the game moved into the 64th minute there seemed little chance of Éire Óg rescuing the situation, that is until Michael Heffernan worked the ball into the hand of Paul Ryan who buried a rasper in the top corner of Niall McGrath’s net.

The replay is expected to take place on Saturday-Sunday, September 20th-21st. Please keep an eye on the club website and various social media channels for updates. 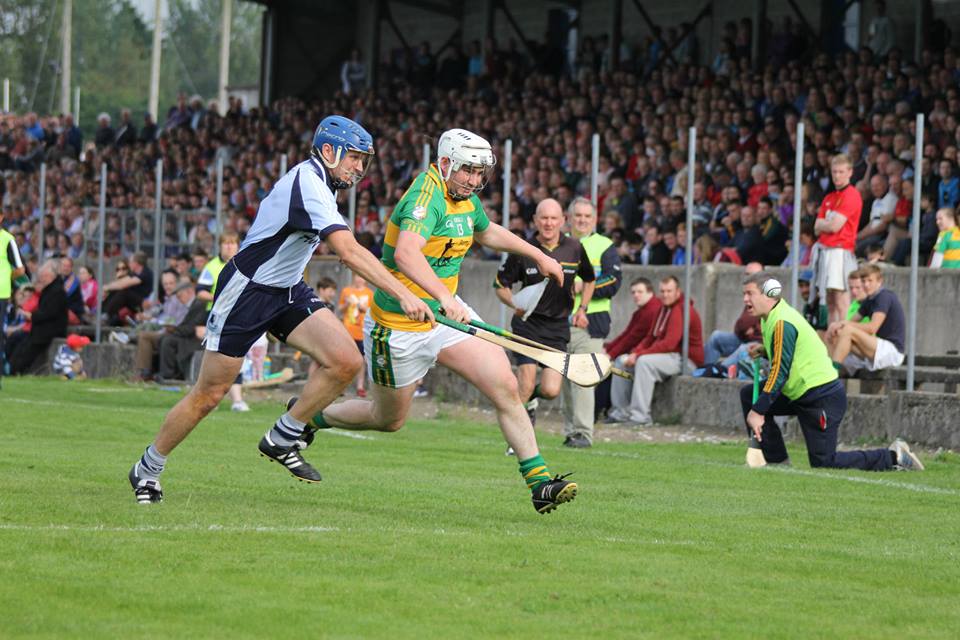