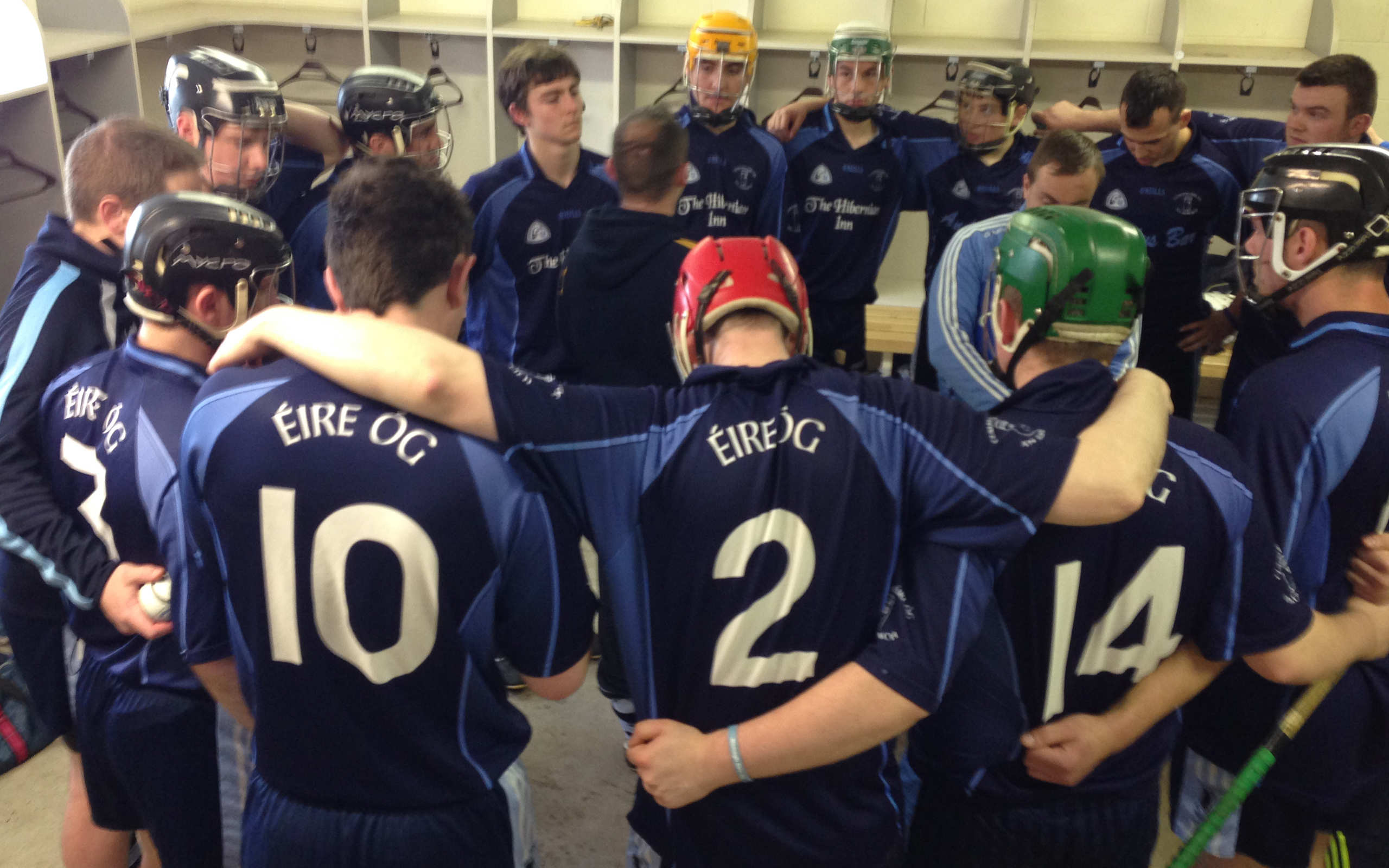 The Éire Óg junior B hurlers missed out on a place in the north Tipperary quarter-finals when suffering a two-point defeat against Shannon Rovers at MacDonagh Park, Nenagh on Saturday evening.

The Blues took the lead thanks to a Kieran Duffy free in the third minute following a foul on Liam Maher. Two successive points from Shannon Rovers helped the visiting side into a narrow advantage before Liam Maher fired over a left-handed point in the 18th minute (0-2 apiece). Seconds later Éire Óg took the lead when Paul Lillis was fouled and Kieran Duffy converted the resultant placed ball.

Shannon Rovers soon levelled with a point from play, but Éire Óg closed out the opening half in impressive fashion. In first half injury time Jack Sheedy intercepted a Shannon Rovers clearance before firing over off his right. Liam Maher was fouled soon after, Kieran Duffy converted another placed ball and the Blues led 0-5 to 0-3 at the break.

Two minutes into the second half Liam Maher set up Niall McKeogh for a goal chance, but the Shannon Rovers ‘keeper saved well to deny the Blues a goal. Seconds later Paul Lillis saw an effort blocked on the line.

Shannon Rovers responded well to the challenge posed by Éire Óg thereafter and hit four points without reply to take a 0-7 to 0-5 lead.

In the 42nd Liam Maher was fouled and Kieran Duffy converted the free to leave a point in it (0-6 to 0-7). Two more Shannon Rovers points (one free), however, saw Éire Óg trail by three with ten minutes to play.

We have come to associate a great spirit with this team and the Blues came roaring back into this contest. Kieran Duffy controlled a Brian Tuite delivery brilliantly in the 51st minute before firing over. Paul O’Leary then set up corner-forward Liam Maher for a terrific point before Brian Carr and Paul O’Leary worked tremendously hard to turn the ball over; Kieran Duffy gathered possession and belted over the score of the game in the 53rd minute to tie the game (0-9 apiece).

Éire Óg had now scored three points in as many minutes and looked likely winners, but to their credit Shannon Rovers hit back with two late points to book their place in the quarter-finals while the Blues were left cursing fourteen wides (Shannon Rovers seven).

The Blues finished fourth in their group and narrowly missed out on the knock-out stages of this year’s championship. Éire Óg would like to wish Ballina, Lorrha-Dorrha and Shannon Rovers all the very best for the remainder of the championship.

This year the Éire Óg junior B team was managed by Cian Tucker (manager), Mark Long, John Paul King and Paddy Flynn. The club would like to thank the management team and the players for representing the town of Nenagh, the club, their families and most importantly themselves in such a proud manner this season. Well done lads.