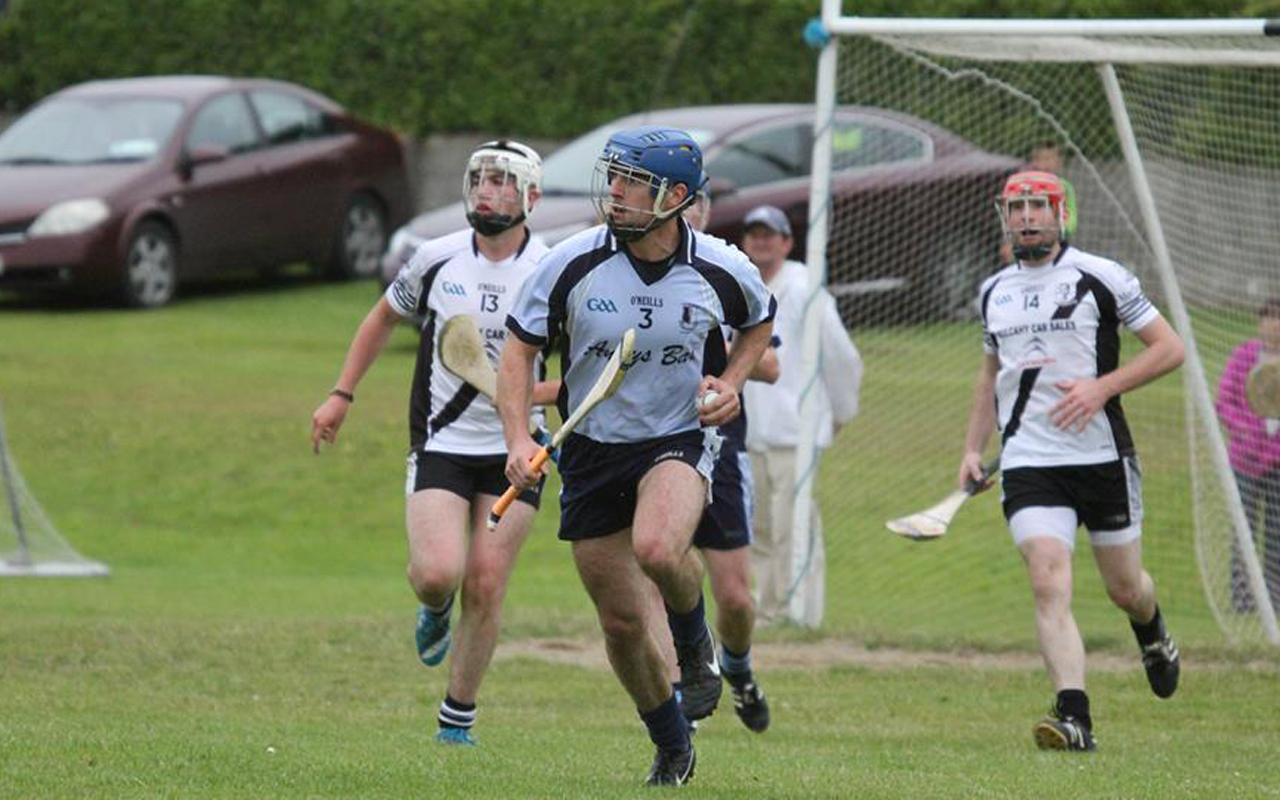 Despite losing out to Kilruane in an entertaining clash played at Puckane on Saturday evening Éire Óg remain in a good position to make the knock-out stages of the 2015 Watch Centre North Tipperary Junior A Hurling Championship.

Éire Óg started this encounter in encouraging fashion and raced into a four-point lead. An Anthony Walsh free edged the Blues in front before Willie Bolger picked out Aidan Healy in the fourth minute and the corner-forward finished well off his right.

Kilruane got off the mark in the fifth minute, but the Blues added points from Aidan Healy and Cliff Moloney to take a 1-3 to 0-1 lead by the eighth minute. Kilruane rallied well with two points in response, but Éire Óg struck for a second goal in the 13th minute. On this occasion David Cleary controlled an Anthony Walsh delivery brilliantly before finishing off his left – 2-3 to 0-3.

Kilruane hit back with a converted free, but points from Seánie Geaney and Gary Howard left seven between the sides (2-5 to 0-4). The MacDonagh’s hit two consecutive points before points from Gary Hoard, Willie Bolger and Aidan Healy forced the Blues into a 2-8 to 0-6 advantage by the 21st minute.

Three Kilruane points, with only Seánie Geaney managing a response for Éire Óg, closed the gap to six approaching the break. An Anthony Walsh point then forced the Blues seven clear, but Kilruane enjoyed the final say in the half and the sides retired with six between them (2-10 to 0-10).

Two minutes into the second half Gary Howard won a terrific turnover ball before setting up Cliff Moloney for a point. Kilruane hit back with a point of their own, but when Anthony Walsh added a point from play in the 34th minute Éire Óg led 2-12 to 0-11.

Kilruane were very much a factor in this contest and hit four consecutive points to cut the Blues’ lead to three with twenty minutes to play. An Anthony Walsh ’65 brought ten scoreless minutes to a close for Éire Óg in the 42nd minute. Walsh then added a converted free before Éire Óg struck for a third goal in the 44th. Corner-forward Cliff Moloney won a terrific ball in his own half-back line, Seánie Geaney drilled a delivery in toward Gary Howard and the centre-forward set up David Cleary for his second three-pointer of the evening. Two minutes later Anthony Walsh added a free and Éire Óg now led 3-15 to 0-15.

To their credit the MacDonagh’s rallied well in the final quarter and out-scored Éire Óg 2-5 to 0-1. A goal in the 47th minute got Kilruane moving in the right direction before the MacDonagh’s added four points without reply – with five minutes to play Éire Óg led 3-15 to 1-19.

In the 56th minute there were sighs of relief all around when Éire Óg ‘keeper Brian Darcy made a terrific save to deny Kilruane a goal. Then, right on the hour mark, a Seánie Geaney point left three in it (3-16 to 1-19).

Kilruane struck for a second goal in the 61st minute and although Éire Óg tried to respond another point in the 62nd presented the MacDonagh’s with a narrow win. 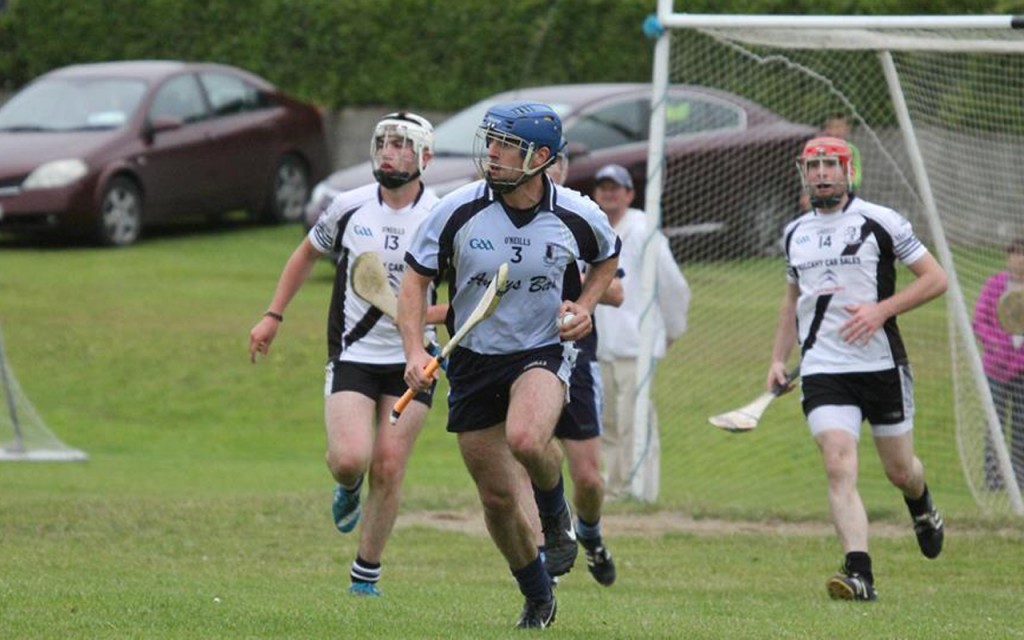 Nenagh Éire Óg have completed the group stage of this year’s north Tipperary junior A hurling championship. As it stands Éire Óg lead group one and are in a good position to make the knock-out stage of this year’s championship. Kildangan, Burgess, Kilruane and Silvermines all hold games in hand over the defending champions. The Blues’ fate will be determined over the coming weeks. This year the junior A team is managed by Greg Browne (manager), Con Morris, Michael Ryan and Conor Ryan.