The Nenagh Éire Óg junior A team made an encouraging start to their championship campaign with a seventeen-point win at Dolla. 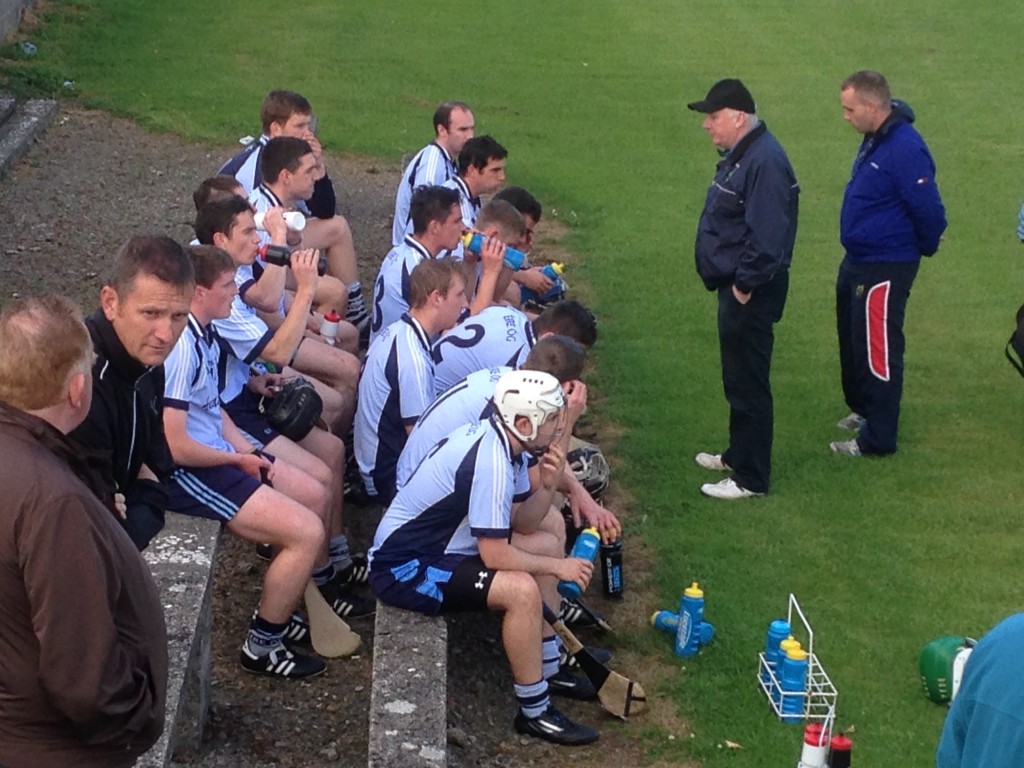 Junior A team manager Ger Tucker pictured talking to the lads during the half-time interval in Dolla.

Two John Cahalan points got the Blues off the mark in the opening three minutes before a Philip Hickey goal in the sixth helped Éire Óg into a 1-2 to 0-1 lead.

The ‘Mines responded well and hit two consecutive points before David Hickey set up John Cahalan for a third Nenagh point in the 11th minute.

Points from Darragh Walsh (two) and Gary Howard were off-set by three fine efforts from the home side before a brace of late efforts from Silvermines left just one between them at the break – 1-6 to 0-8.

Despite now playing into the breeze the ‘Mines struck for a goal in the opening minute of the second half (1-6 to 1-8).

Éire Óg responded through Philip Hickey before Brian Flynn turned over a Silvermines attack and set up John Cahalan for a long-range equaliser in the 37th minute.

A Niall Cahill point forced Éire Óg into the lead before Donnacha Heffernan intercepted a terrific ball and picked out Niall Cahill who broke the ball to the raiding David Hickey; Hickey beat the ‘Mines ‘keeper with a right-handed finish in the 41st minute – 2-9 to 1-8.

A point from Darragh Walsh was cancelled out by a Silvermines effort before John Cahalan picked out Niall Cahill and, once more, Cahill provided the assist for a second David Hickey goal in the 45th minute – 3-10 to 1-9.

Four minutes later Niall Madden floated the ball into the hand of Niall Cahill who drew the full-back before setting up Philip Hickey for the Blues’ fourth goal in the 51st minute.