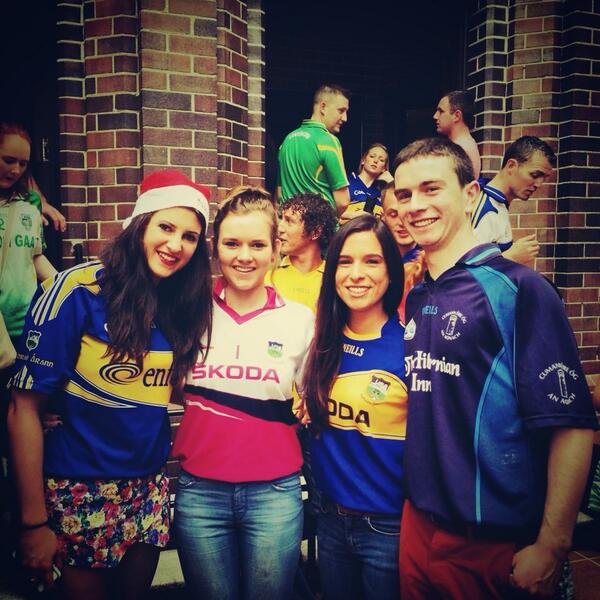 The exiles in Oz have a great tradition of wearing their respective county jersey while attending mass on Christmas day. Here are Marie Sheedy (Portroe), Kelly Flaherty, Nenagh Éire Óg Camogie star Louise Hickey and senior hurler David Hickey (sporting his Nenagh Éire Óg jersey no less) outside a church on Bondi beach, Sydney. A big thank you goes out to David for this brilliant pic.

Congratulations: Well done to Barry Heffernan who has been named North Tipperary Minor Hurler of the Year (2013). The annual awards will be presented in Ballina on Friday, January 17th. Other award winners – senior hurling: Darragh Egan (Kildangan), intermediate hurling: Pat Cosgrave (Ballina), junior hurling: Declan Costello (Knockshegowna), under-21 hurling: Niall O’Meara (Kilruane MacDonagh’s), adult football: George Hannigan (Shannon Rovers), under-21 football: Brian Davis (Borrisokane), minor football: Willie Connors (Kildangan). Club of the Year: Ballina. The overall hurler and footballer of the year will be announced on the night. Congratulations are also due to senior hurler Paddy Murphy who featured for Tipperary in a 2-18 to 1-10 win over Offaly at Moneygall on Sunday afternoon. Paddy is pictured right in action. Ours thanks go to Catherine McTiernan for this photo. 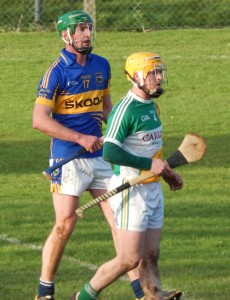 Healthy Club Project: The Nenagh Éire Óg Healthy Club Project team will host a ‘Well Being and Mental Health’ night on Friday, January 24th at the Abbey Court Hotel (7.30pm). This event represents an opportunity for club members and the wider community to become informed on the many issues surrounding depression and mental health. Nenagh Éire Óg hope to create awareness and offer hope in the areas of depression, loneliness and isolation. Speakers on the night include Conor Cusack, Tony Butler and Séamus Hennessy. In addition a number of organisations will be present with information.

MacDonagh Park: On Sunday, January 12th MacDonagh Park, Nenagh will host the Tipperary hurlers’ first competitive outing of the year when Eamon O’Shea’s men take on LIT in the preliminary round of the Waterford Crystal Cup. The game will throw-in at 2pm. The Éire Óg Park Committee are also delighted to confirm that MacDonagh Park, Nenagh will also host the Allianz Hurling League Roinn 1A clash between Tipperary and Dublin on Sunday, March 23rd (3pm). That clash will represent both sides’ final game in the round robin series of this year’s league. So, the game is likely to be an exciting affair. That’s definitely something to mark in your diary!

National Club Draw: We are thrilled to announce that Nenagh Éire Óg will be participating in the national club draw which features some sensational prizes – tickets are priced at €10 and available from any officer of the club or committee member. Please support this fantastic initiative! Click here for more information on the fantastic range of prizes which include a trip for two to Australia. Tickets for this wonderful initiative cost just €10! Please support the Blues!

2014 County Senior Championship: Since there seems to be a fair degree of confusion surrounding the structure of the 2014 county senior hurling championship among supporters of the Blues. We have compiled a guide to the re-structured championship. Click here for more.

Due to bereavement the juvenile AGM scheduled to take place on December 18th is now deferred until Wednesday, January 8th (8pm) at MacDonagh Park, Nenagh.