All of this week’s club news, including the details of the up-coming Clean Ireland Recycling county senior hurling semi-final replay between Nenagh Éire Óg and Kildangan at Semple Stadium, Thurles. 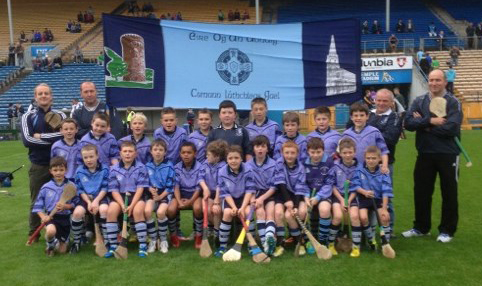 Nenagh CBS’ 2013-14 Dr Harty Cup campaign got off to a disappointing start on Wednesday last when the lads lost 2-9 to 4-20 against Midleton CBS. One other game took place in Nenagh’s group – Blackwater Community School 0-14 Dungarvan CBS 1-16. Rochestown had a bye. Nenagh CBS’ remaining group games are against Blackwater Community School (October 23rd), Rochestown (November 6th) & Dungarvan CBS (November 20th). The quarter-finals are scheduled to take place on January 15th, the semi-finals on February 1st and the final on February 23rd. Despite winning the 2012 All-Ireland A Colleges title Nenagh CBS have never won the Harty Cup.

In other, and more positive, news in the Munster GAA Post Primary Schools Under 16½B Hurling Championship Nenagh CBS beat MICC Dunmanway 3-25 to 0-9. 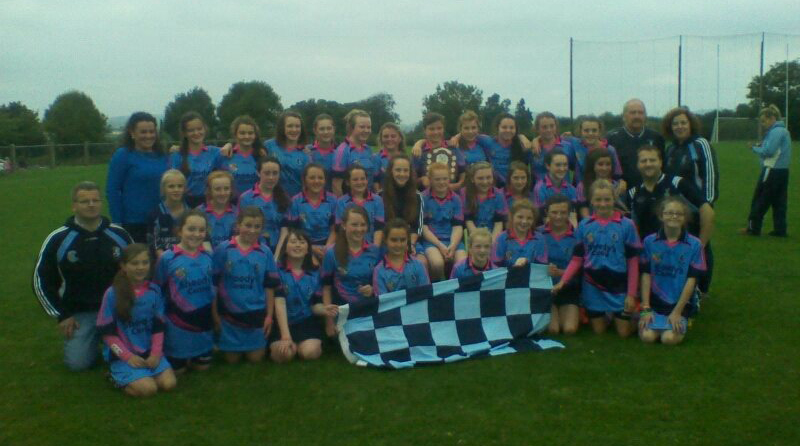 Under-8 & Under-10: The under-8s and under-10s will be having their end of year party in The Arena from 5pm to 6.30pm. All players and parents or guardians are welcome to attend.

Under-10: The under-10s played last Saturday in Boherlahan in a blitz and had a great day out. Thanks to all who organised this and for inviting us down.

Under-13: Well done to the under-13 girls who won their county league final with a dramatic two point win over a gallant Ballina side in the final. There was little to separate these sides and the game went to extra time where Éire Óg prevailed by two. Well done ladies and keep up the great work.

Junior B: Our Juniors were defeated by Knockavilla Kickhams in the county championship on Sunday last. A much bigger effort is required from all players if we are to have any chance of proceeding beyond the next round of the championship.

Flag Day: Our final major fundraiser for the year takes place on the weekend of October 26th and 27th. We hope all players, mentors, members and supporters will help out with street collections. Just one hour of your time will make a huge difference.

Congratulations: Congratulations to Noel Coffey was refereed the county Camogie final between Duharra and Drom & Inch on Saturday afternoon.

Under-8: The under-8 hurlers had a great day out at a blitz in Ferbane on Saturday playing teams from Naas and Kilcormac amongst others. These boys have hurled up a storm all summer. Thanks to all the parents for their support.

Under-10: Our under-10 boys enjoyed the wonderful experience of playing in Semple Stadium, Thurles where they took part in a mini-game at half-time in the senior match. Well done boys. Training continues on Wednesday from 5.30pm to 6.30pm. It was great to see all the boys in their club colours at Semple Stadium last Sunday. Now you all have to do it again next weekend. Wear your jerseys, fly your flags and let’s support our senior team!

Sympathy: All at Nenagh Éire Óg Juvenile Club wish to extend our sympathies to the family and friends of Tony Geaney who passed away last week. Tony was uncle to Juvenile Club Chairman Michael Geaney.

Congratulations to Sinéad Meagher who, representing Tipperary, brought the first All-Ireland Medal back to Nenagh since Boysie Hogan in 2000. Sinéad won the girls under-14 singles All-Ireland final in Garryhill, Carlow on Sunday against Wexford’s Holly Hynes. Well done Sinéad! Hard luck to Eamon Spillane and Gerry Foley (Ballinahinch), who were representing Tipperary, who lost their Emerald Masters All-Ireland final after a fine performance last weekend.

Our September edition is due out on the 30th of this month. We ask all managers of the Camogie teams to please submit photographs and reviews of how their respective teams have done so far this year. If anyone has anything that they would like to include in the newsletter please email eireognenagh@gmail.com.

We are always looking for people to contribute to the newsletter. So, if you have any news, articles, photographs or anything else that might be of interest please email eireognenagh@gmail.com.