The countdown is well and truly on for Saturday’s Clean Ireland Recycling county senior hurling quarter-final against 2012 champions Drom & Inch in Templemore. Read on for this week’s notes. 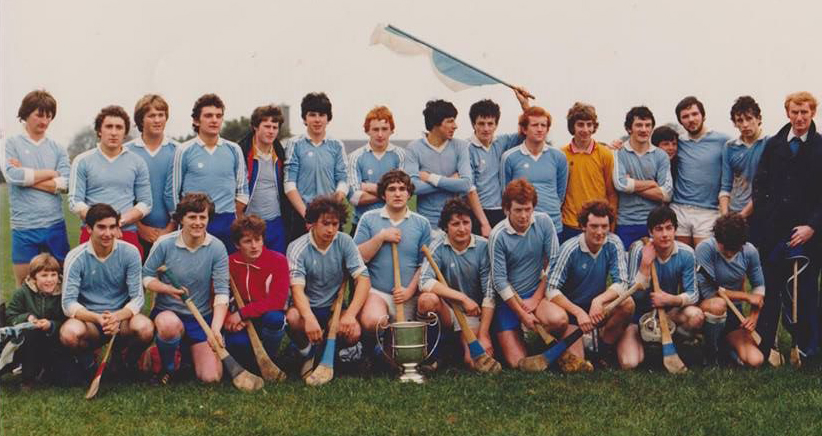 Senior Hurling Championship: Following Saturday evening’s draw the Blues will face Drom & Inch on Saturday, September 14th at 4.30pm in Templemore in the Clean Ireland Recycling County Senior Hurling Quarter-Finals. The game will be preceded by the quarter-final clash between Killenaule and Loughmore-Castleiney at 3pm. Meanwhile on Sunday afternoon in The Ragg Kildangan face Clonoulty-Rossmore (2pm) and Éire Óg Annacarty take on Borris-Ileigh (3.30pm). Drom & Inch will enter the game as red-hot favourites. Teddy Kennedy’s men won the county title as recently as 2012 and lost last year’s final against Thurles Sarsfields. The forthcoming quarter-final will represent the Blues’ 17th appearance in the last eight (Éire Óg have won nine of their quarter-final appearances to date and lost seven – Éire Óg made their first appearance in the quarter-finals in 1982 and their most recent in 2011).

Junior A Hurling Championship: On Saturday evening last in Puckane our junior A hurlers were defeated in the semi-final of the championship by Knockshegowna. Éire Óg made a positive start and led by three points at half-time with goals from Paul Ryan and Conor Kirwan. Knockshegowna stormed into the second half with three goals of their own and ran out four-point winners on a score line of 3-11 to 2-10. The club would like to thank the management and players for their efforts throughout the year with the league final victory the highlight of the year. For a full report on this semi-final please click here.

Minor A Hurling Championship: Our minor hurlers will play Toomevara in this year’s north final. This game will take place in the coming weeks. Fixture details to be confirmed. 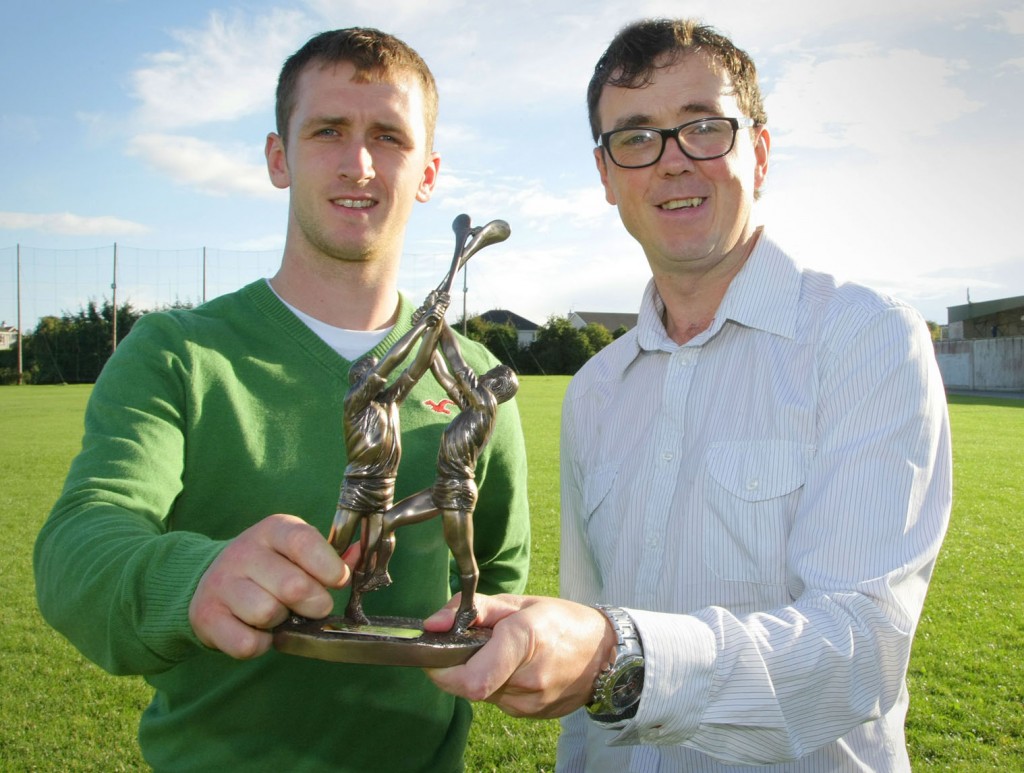 Under-10: The under-10 team are playing Kildangan at 6pm on Wednesday.

Under-13: The under-13s had a great win over Éire Óg Annacarty on Friday last in the league. They are due to play Newport on Wednesday evening in the semi-final in the Ragg at 6.30pm. They are also due to play in the St Jude’s, Templeogue seven-a-side tournament this Saturday in Dublin.

Under-14C: Under-14s are due to play Portroe Friday evening in the league in Portroe.

Under-12: The under-12s took part in a blitz at the weekend in Borrisoleigh. They played four games, winning two and drawing the other two. Thanks to the organisers of the blitz, the girls had a great day out.

Minor: Our minor team beat Clonoulty-Rossmore in Clonoulty in their final group game on Tuesday last 4-15 to 0-10. This completes the group stage of the competition and we have finished top and have qualified for the county semi-finals.

Junior: Our Junior team played Moneygall on Saturday last in their opening game in the championship. The team enjoyed a comfortable win on a scoreline of 7-15 to 0-1. Éire Óg are due to play Knockavilla Kickhams on September 29th in Dundrum in their next outing. 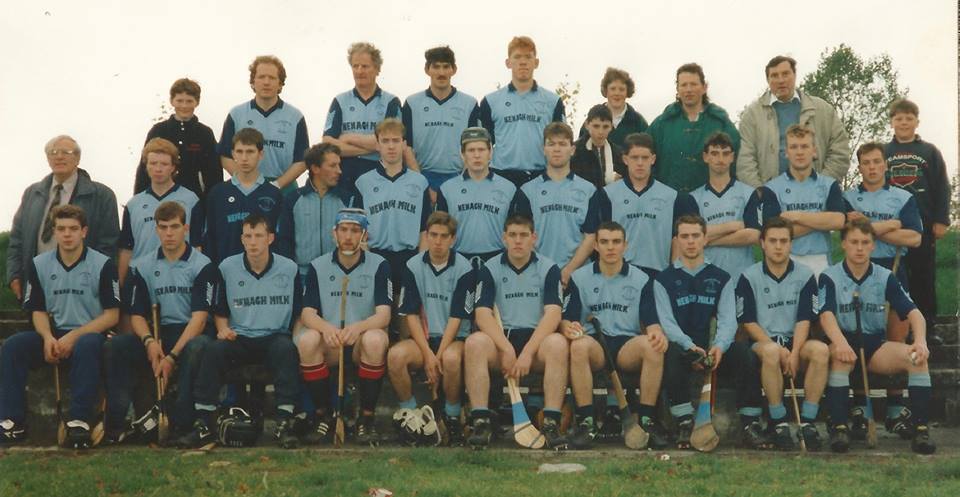 Here is another blast from the past. This time it is the junior B team of 1994 which won the north final after defeating Toomevara in Templederry. The team reached the county final where the Blues were beaten by a single point against Carrick Swan. Unfortunately we have not won a junior B north championship since.

Under-6, Under-8 & Under-10: Training continues on Wednesdays and Saturdays.

Under-12: Training is on Saturdays only for the month of September.

Under-16: The under-16A championship semi-final is scheduled to take place on Monday, September16th where we will play the winners of Newport v Ballina. For further details keep an eye on our Twitter feed, please check www.nenagheireog.com or the Nenagh Éire Óg Facebook page.

We wish the best of luck to Eamon Spillane who will take on Louth opposition in the 60×30 Emerald Masters All-Ireland Final next Saturday in Carlow. Good luck also to Sinéad meagher who competes in the under-14 singles 60×30 All-Ireland semi-final in Tyrone next weekend. Congratulations to Aaron Hogan and Eoin Meagher who won the section two Paddy Kelly Memorial Tournament in Lahorna last weekend.

The Family Fun Day was great success with everyone have great fun, food and some amazing dancing was witnessed on the dance floor. No one in the club knew Shane Connelly and Denise Morris could ‘boogie’ like that. Thanks to everyone who helped make it such a great success. 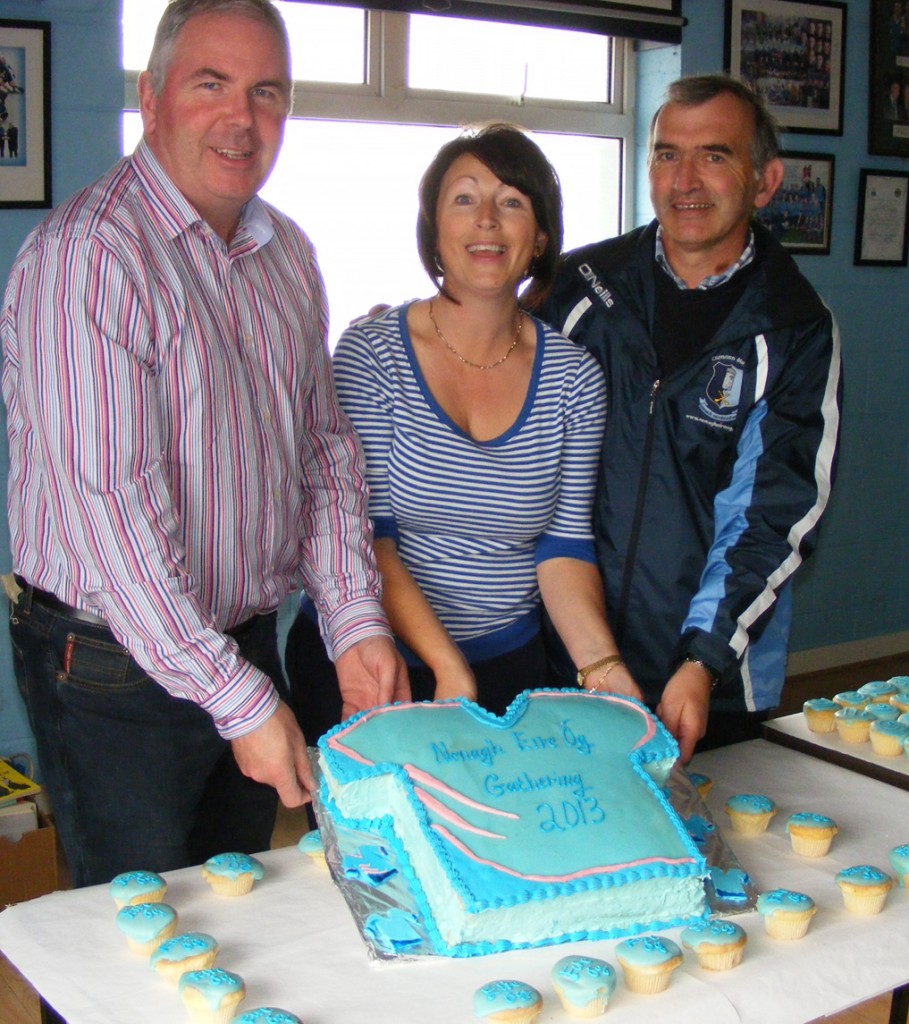 We are always looking for people to contribute to the newsletter. So, if you have any news, articles, photographs or anything else that might be of interest please email eireognenagh@gmail.com 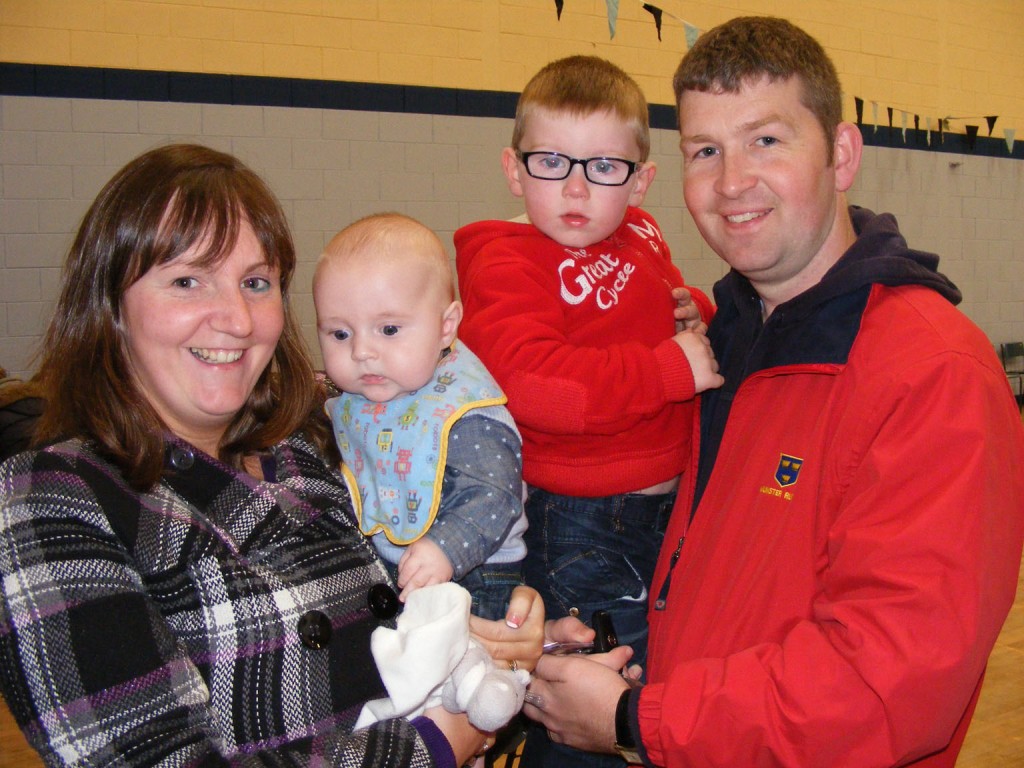 Pictured are Steven Ryan with Eileen and family at the Nenagh Éire Óg
‘Gathering’ and Family Fun Day.

Nenagh man, Shane Delaney, had an accident earlier this year in Australia and suffered damage to his spinal cord leaving him paralysed from the chest down. After having surgery in Australia Shane returned to Ireland near the end of June and has been working hard at his rehabilitation in Dun Laoghaire for the past few weeks. He is extremely positive and mentally strong and has been an inspiration to our whole community.

Shane and his family have strong links to the Nenagh Éire Óg club with both himself and his brothers, David and Liam, representing the club at juvenile level and remaining strong supporters throughout. Nenagh Éire Óg has joined together with Nenagh Ormond RFC, Nenagh AFC and Nenagh Celtic to organise a huge fundraising event for Shane on Sunday, September 14th. Tickets for the event are priced at €20 each, are now on sale for this event and are available from club officers and committee members. Please support this very worthy event!