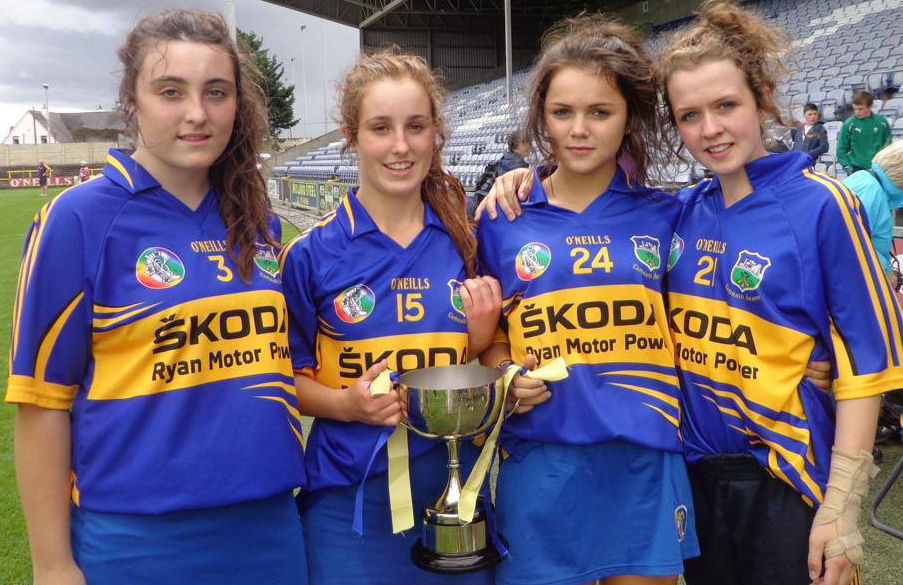 Junior A: Our junior A team will look to maintain their one hundred per cent winning start to the championship on Friday evening when they play Toomevara in Moneygall at 7.30pm.

Minor A: Our minor hurlers were scheduled to play Kilruane MacDonagh’s on Tuesday evening, but that game was called off since Kilruane gave the Blues a walkover.

Commiserations: Hard luck to Paul O’Leary who was a member of the Tipperary minor football panel which lost to Monaghan in an All-Ireland quarter-final played in Longford on Monday afternoon.

Therefore Nenagh Éire Óg could meet Silvermines, Carrick Swans, the loser of the Loughmore-Castleiney v Drom & Inch clash or the loser of the west final between Clonoulty-Rossmore and Éire Óg Annacarty-Donohill in the fourth round. The winners of the fourth round games progress to the county quarter-finals – north champions Kildangan and south champions Killenaule are already assured of their place in the last eight.

Éire Óg’s fourth round game could potentially take place on the week-ending of August 24th.

Club Newsletter: The July edition of the Nenagh Éire Óg newsletter is also available and is well worth a look: just click!

Under-12: The under-12 group one hurlers qualified for the north final on Wednesday last following a hard-fought victory over Roscrea. In an excellent game of hurling Éire Óg came through by the narrowest of margins on a scoreline of 0-11 to 1-7. The group one team have now joined the group four team in the finals – both finals take place in Borrisoleigh on Saturday next, August 10th with the group four game against Templederry Kenyons at 11.30am and the group one final versus the winners of Borrisokane and Kildangan at 1.30pm. Please come out and support both teams on the day!

Under-14: The north Tipperary under-14A hurling quarter-final against Kildangan scheduled for August 8th will now take place a week later on Wednesday, August 15th in Puckane.

Under-16: Well done to the Nenagh Éire Óg under-16A hurlers who beat an excellent Toomevara on Monday evening at MacDonagh Park, Nenagh on a 3-8 to 1-10 scoreline. The under-16A championship continues with an away match against Borrisokane on Monday, August 15th at 6.45pm.

Junior B: Our junior team were scheduled to play Ballina on Monday last, but the game was postponed and will be re-fixed for a later date.

Congratulations: Congratulations to the Tipperary under-16 Camogie team which won the All-Ireland final on Saturday last when the Premier defeated Galway in Portlaoise. Éire Óg had four girls on the panel – Saoirse Gleeson, Rachel Maher, Racher Spillane and Grace O’Brien. This is a fantastic achievement and we send our congratulations to all involved.

Minors: Playing next Tuesday against Clonoulty-Rossmore.

Bag Packing: Last Friday and Saturday in Tesco we had our bag packing fundraiser. Thanks to the players and parents that helped out.

Under-13: The under-13s beat Silvermines last week in the championship.

If you can’t make it to the club house on the day please contacts Shane Connolly on 087 637 3830 or Ger McCarthy on 087 653 9229 before August 31st to make arrangement for the collection of items. Thank you for your support and for taking the time and effort to support our fundraising drive.