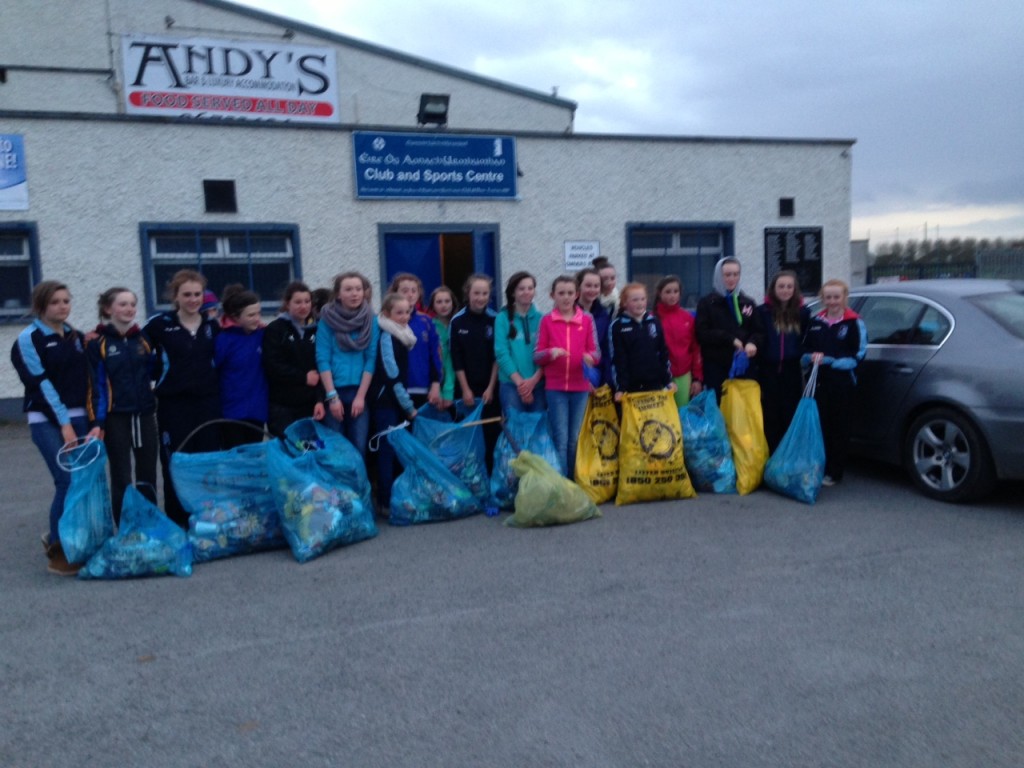 Senior hurling: on Sunday afternoon last in Dolla our senior hurlers kept their unbeaten start to the championship intact following a six-point win over Kilruane. The final score was 0-21 to 0-16. We now have a bye in round four while our final group game will be against Portroe.

Junior A hurling league: our Junior A team continue their league campaign against Knockshegowna this Thursday at 7.30pm in Ballingarry.

Junior B hurling league: round three of the junior B league takes place this Friday against Silvermines. This game takes place at 7pm in Dolla.

Inter-county: best wishes to Michael Heffernan and the Tipperary team this Sunday in the Allianz National League final at Nowlan Park, Kilkenny.

Condolences: the club was saddened by the recent passing of Jack White. We express our condolences to his family & friends.
[hr]

Parish League: The Éire Óg Parish League continued last Monday with another excellent turnout of players and families in attendance. There was a second win for Red Rovers over St Mary’s (8-2 to 6-3) in an exciting game. Ben West, Dylan Murphy and Maeve Hassett were among the best displays for the winners with Jason Teefy, Cameron Spillane and Cian Griffin shining out for St Mary’s. In the second game Sarsfields had their first win by defeating Éire Óg (4-1 to 1-4). Mark Ryan, Lucy Spain, Megan Morris and Josh Keller had good displays. Red Rovers look good for the A final with four points and now play Éire Óg who are looking for their first win. The winner of Sarsfields and St Mary’s will make it to the A final, both have two points. Round three is on Monday, May 29th with players scheduled to meet at 6pm and all support is welcome.

Under-10 & Community Games: the Community games team had a challenge match against Borris-Ileigh last Thursday following on from Sunday’s game against Carrig-Riverstown. The boys are training hard and playing well. Keep up the good attendance lads.

Under-12: groups one and four are through to the semi-final stages of the under-12 football league. Both teams have unbeaten runs thus far. We wish them the best of luck in the semis.

Under-14: the fourth and final round of the under-14 football league will take place on Wednesday, May 1st. Nenagh, who have three wins out of three, are away to a strong Inane Rovers team.

Under-16: our under-16 team lost out in their final football league match to Inane Rovers on Monday evening last. Nenagh contested well and can take a lot of positives from the game, but a strong finish from the opposition ended the lads’ league challenge for this year.

Dates for the diary: the juvenile summer camp will be held from July 22nd-26th this year. It’s always a very successful and enjoyable camp for girls and boys. We hope to see you there.

Congratulations: we offer our congratulations to the Éire Óg players who featured strongly in last week’s Fitzgerald Cup final and in the recent Garda Cup.

In the Fitzgerald Cup final (Tipperary under-17A colleges hurling) Nenagh CBS beat Our Lady’s Templemore 4-15 to 0-7 at Dolla. Nenagh CBS led 1-5 to 0-6 at the break.

Well done to all the Éire Óg players involved in both competitions!
[hr] 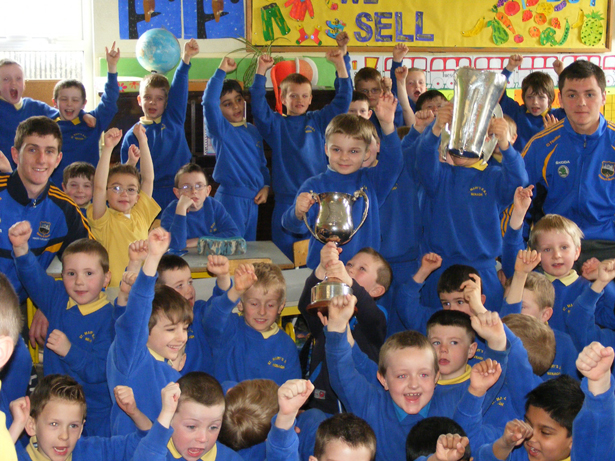 Under-12: our under-12s played the fourth round of the championship in Nenagh last Tuesday against Newport winning on a scoreline of 1-5 to 1-1. Next up are our neighbours Burgess when we face them on Tuesday in Kilcolman. The semi-finals of this competition are due to take place on May 5th-6th.

Under-14: our under-14s have qualified for the All-Ireland Féile na nGael finals next July in Limerick. This is a fantastic achievement as they are the first Camogie team from the town to reach this stage of the competition. We have established a sub-committee charged with the task of raising vital funds to help meet the costs of this venture. If you would like to contribute, as a business or private donation, please contact Noel Coffey or any member of the committee.

Under-16: our under-16s played Kilruane MacDonagh’s in the third round of the championship in Nenagh where they held on for a four-point win. The girls have now completed a hat-trick of victories. As the junior certificate exams loom these girls won’t feature again until the end of June.

Junior B: our junior B team are due to face Kilruane MacDonagh’s on Bank Holiday Monday in the league semi-final. This is only the second time in our history that we have reached this stage of the competition with Silvermines providing the opposition in 2011. Unfortunately, despite a great effort that day, we just fell short at the line. This time however we aim to go at least one step further and make the final. Details of the fixture will be posted on our Facebook page (www.facebook.com/nenagheireog) and on the main club website, www.nenagheireog.com.