Nenagh Éire Óg qualified for the knock-out stages of the under-16A Camogie championship following a 5-12 to 0-10 win over Éire Óg Annacarty at MacDonagh Park, Nenagh on Tuesday evening. 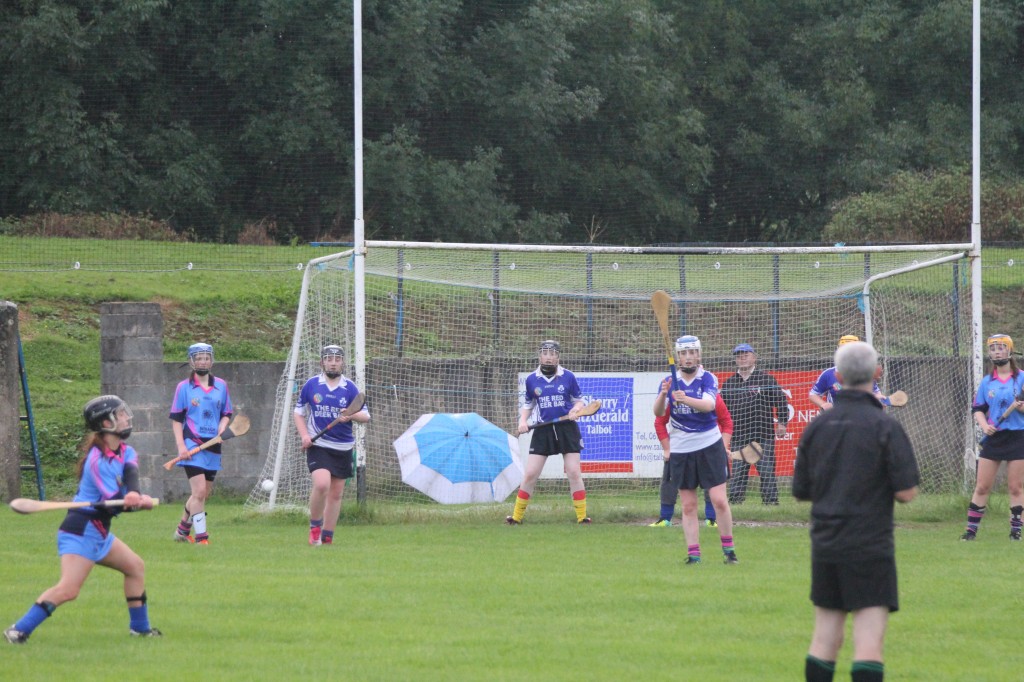 Nenagh Éire Óg qualified for the knock-out stages of the under-16A Camogie championship following a 5-12 to 0-10 win over Éire Óg Annacarty at MacDonagh Park, Nenagh on Tuesday evening.

While the score line suggests a comprehensive victory for Nenagh the truth was that this was a hard-fought encounter with little separating the sides until ten minutes into the second half when the Nenagh management made the inspired decision to swap full-forward Grace O’Brien with her midfield counterpart Maeve Coffey.

O’Brien, who had been starved of possession up to this point, began to dominate and deliver quality ball to the inside forward line with Coffey taking full advantage and grabbing five goals in an impressive display.

The first half was played in awful conditions with torrential rain making the pitch hard to hurl on. Nenagh started brightly however and by the eight minute had three points on the scoreboard thanks to Maeve Coffey and two Grace O’Brien strikes.

Annacarty responded with a point of their own in the 13th minute, but Nenagh replied with the score of the game. Wing-back Rachel Spillane won possession and moved forward with determination before delivering a fine pass to Grace O’Brien. The full-forward quickly laid off to Maeve Coffey who split the posts from forty yards.

At this stage it looked as if Nenagh were going to dominate, but Annacarty had other ideas and by the 21st minute had replied with four unanswered points to give them a one-point advantage.

Nenagh responded with an Alicia Hallinan point following a superb save by the Annacarty goalkeeper. Grace O’Brien finished the first half scoring with a well-taken free from thirty five yards to leave the score 0-6 to 0-4 in favour of the home side.

Annacarty stormed into the second period and within a minute had a blistering shot superbly saved by Nenagh netminder Sarah Quigley. This was the first of a number of fine saves by Quigley who put in a great hours work looking composed and assured at all times.

At the other end Alicia Hallinan forced the Annacarty goalie into making a fine save of her own, but O’Brien blocked down the attempted clearance before rifling her shot over the bar to extend Nenagh’s advantage to three points.

It was after this that O’Brien and Coffey swapped positions and the move had an immediate benefit with a Coffey goal from a ground shot after a goalmouth scramble.

An Annacarty point was cancelled out by points from Leah Sheedy and Grace O’Brien.

Before the 47th minute Annacarty out-scored Nenagh by four points to one when Leah Sheedy played an inch-perfect pass to O’Brien who in turn found Maeve Coffey. Coffey put the head down and headed straight for goal before unleashing a bullet to the back of the net from ten yards. Two minutes later O’Brien again played in Coffey and once again she ran goalwards before shortening the grip and putting the ball over the bar.

The O’Brien-Coffey combination once again worked its magic when Maeve gathered possession 35 yards from goal out near the sideline. Again she burst towards goal before blasting another goal.

Annacarty scored a fine point of their own which was cancelled out by O’Brien after she bravely blocked another clearance from the goalkeeper before slotting the ball over.

In the 57th minute a long Hazel McAuliffe delivery was caught expertly by Coffey who again dashed goal-wards and hit a powerful shot that not even the net could contain as the ball burst a hole and ricocheted off the back wall for a brilliant goal.

The goal machine wasn’t finished yet and bravely blocked down an attempted clearance and got her fifth goal of the night in the 59th minute.

Annacarty finished with a point of their own in the 62nd minute to leave the final score as Nenagh Éire Óg 5-12 Éire Óg Annacarty 0-10. 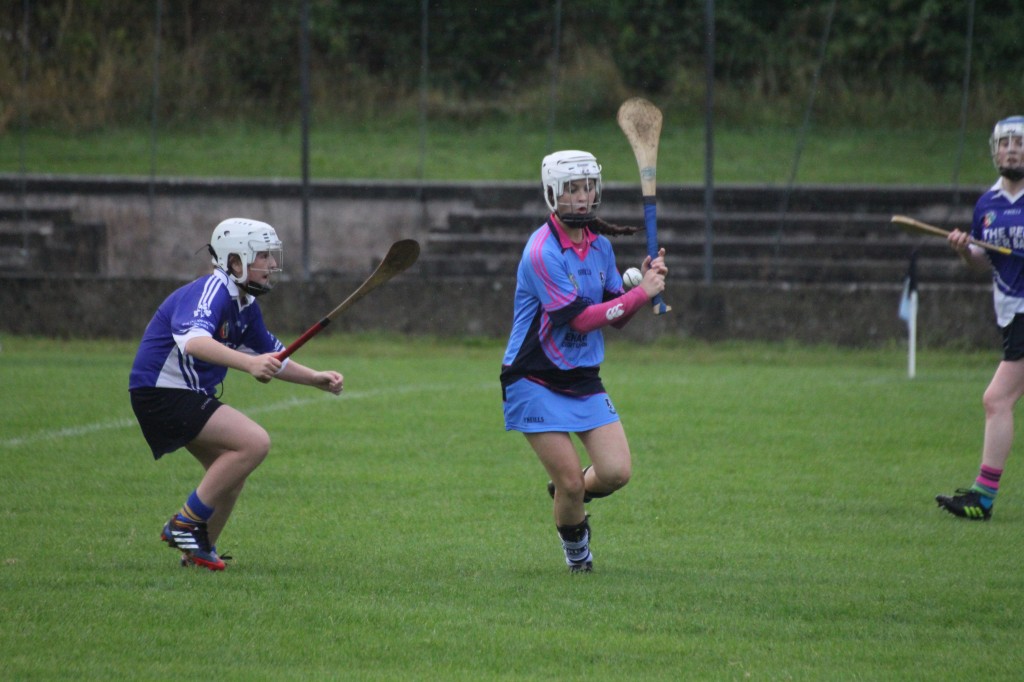