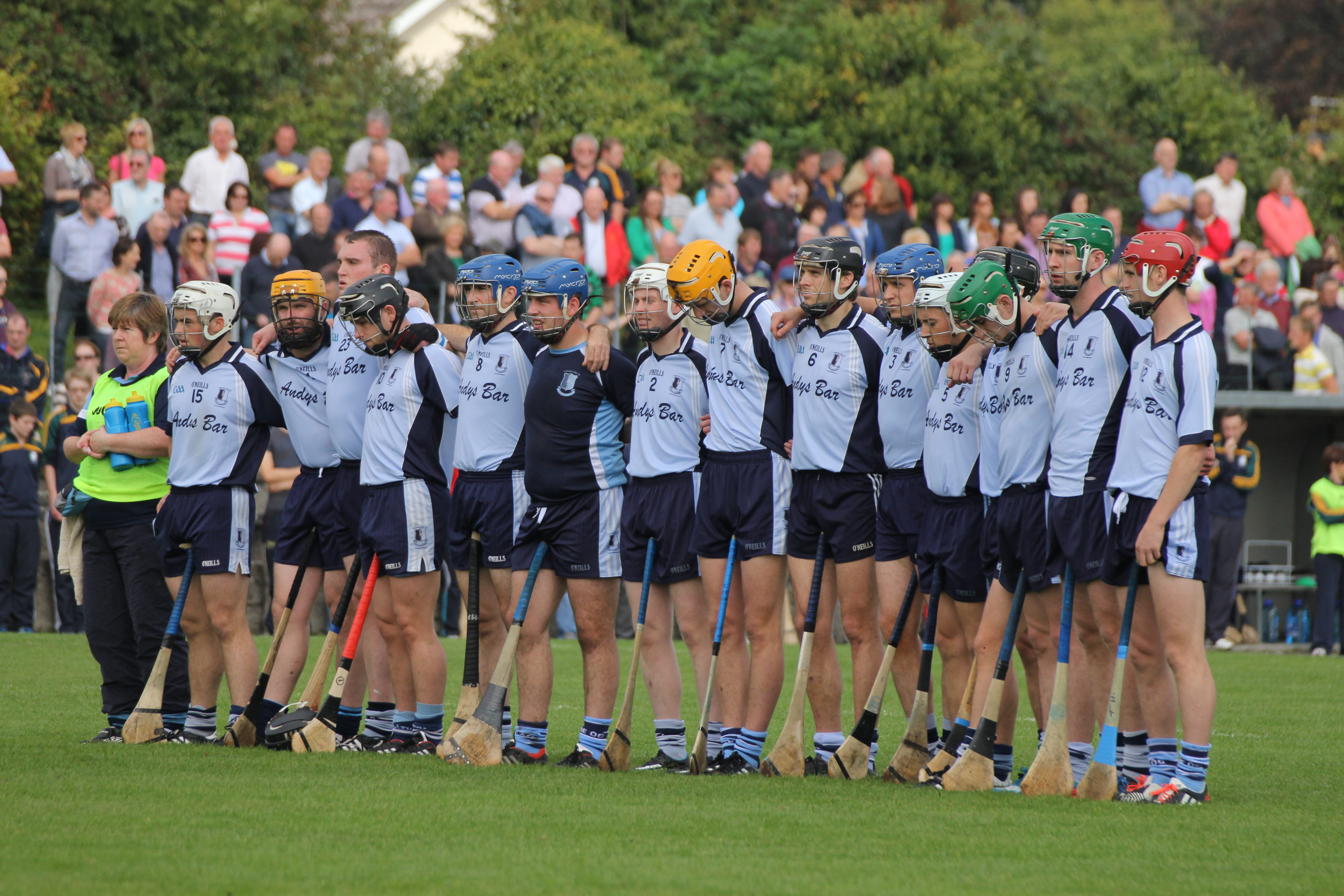 Éire Óg took the lead thanks to early points which came courtesy of Tommy Heffernan and Conor Ryan. David Young and Ken Dunne (free) responded for Toome and the sides were locked on 0-2 apiece by the eighth minute.

The Blues then raced into a 0-6 to 0-2 lead by the 12th minute thanks to points from Andrew Coffey, Paddy Murphy, Barry Heffernan and Shane Maher. Joey McLoughney and Ken Dunne (free) hit back for the Greyhounds before Toome ‘keeper Aidan Cahill saved well from Andrew Coffey at his near post.

Following a melee in the 19th minute, which saw the game interrupted for four minutes, Toomevara’s Paddy Tuohy was shown a straight red card.

Andrew Coffey and Ken Dunne (free) traded points during the opening minutes of the second half before a point from Colm Canning in the 35th minute left two in it (0-11 to 0-9).

Donnacha Quinn and Ken Dunne then traded placed balls before a masterful long-range strike from the stick of John O’Brien in the 44th minute left one between them and Toome sensing an upset (0-12 to 0-11).

A Ken Dunne free tied it up once more before second half substitute Michael Heffernan helped the Blues back in front. Paddy Murphy added another and with seven minutes to play Éire Óg led 0-15 to 0-13.

Two Ken Dunne strikes (one free, one ’65) got the Greyhounds back on terms before a Colm Canning point in the 57th minute presented Toomevara with a precious 0-16 to 0-15 lead.

Éire Óg responded well with points from Pearse Morris and Tommy Heffernan to take a 0-17 to 0-16 advantage into second half injury time.

There was still time for a grandstand finalé and when Ken Dunne’s long-range free from his own 65-yard line in the 61st minute fell short Paul Ryan buried a breaking ball.

Nenagh Éire Óg would like to wish Toomevara all the very best in the second round of the north Tipperary senior hurling championship.

Those fixtures are expected to take place over the coming fourteen days. Details of the Blues’ game against Templederry will be released in due course.