The Nenagh Éire Óg senior hurlers made it two wins from two games in the county senior hurling championship thanks to a nine-point victory over Templederry on Sunday evening. 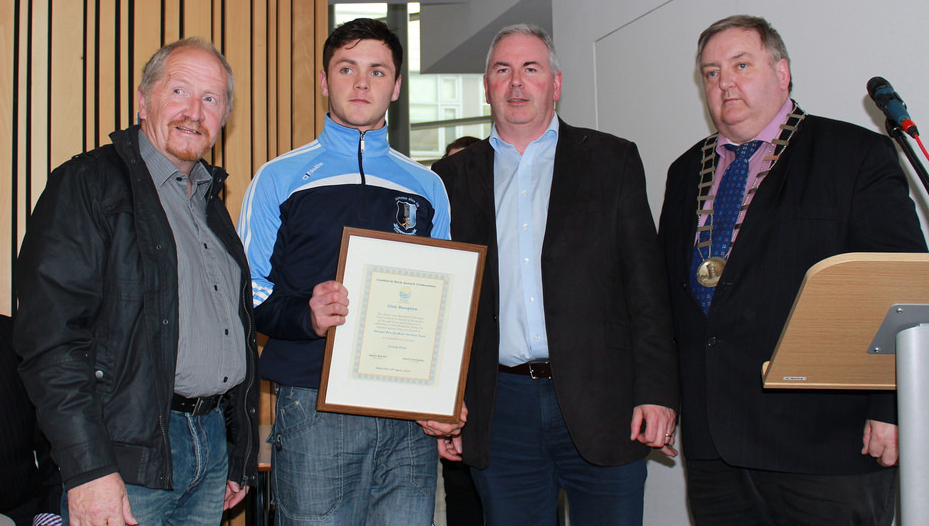 Nenagh Éire Óg enjoyed a nine-point win over the Templederry Kenyons in Dolla, but the final score failed to reflect how close a contest this was.

From first to last Templederry battled ferociously, but their failure to create goal chances cost them dearly. In contrast Nenagh Éire Óg etched out three goal chances and scored all three. That said the Blues won’t be happy with the quality of this display.

A physical opening few minutes was punctuated by a Hugh Maloney point before Templederry’s Gearóid Ryan responded. Tommy Heffernan and Adrian Ryan three traded efforts from play before an Adrian Ryan free handed Templederry the lead in the 11th minute (0-3 to 0-2).

Kevin Tucker tied the game before excellent points from Brian Stapleton and Gearóid Ryan forced Templederry into a well-deserved 0-5 to 0-3 lead by the 13th minute.

With Templederry setting the early pace Éire Óg needed to respond and respond they did with a brace of points from Pearse Morris levelling it up before a Donnacha Quinn free handed the Blues a 0-6 to 0-5 lead by the 25th minute.

Two Adrian Ryan efforts (one free) book-ended a Michael Heffernan point to leave the sides all square on 0-7 apiece by the 28th minute.

Éanna Murray concluded the first half scoring to leave six between them at the break – 0-9 to 2-9.

Templederry responded superbly to the challenge immediately after the break. Indeed, points from Gearóid Ryan (two), Adrian Ryan and Pio Kennedy had the Éire Óg advantage reduced to a mere two points by the 40th minute (0-13 to 2-9).

Efforts from Donnacha Quinn (free), Tommy Heffernan and Paul Ryan settled Éire Óg once more, but Templederry hit back with a brace of frees from Adrian Ryan to leave three in it (0-15 to 2-12) entering the final quarter.

Disaster struck for Templederry in the 47th minute when confusion in the Kenyons’ goalmouth allowed Paul Ryan in to score a game-clinching goal – 3-12 to 0-15.

Efforts from Adrian Ryan and Brian Stapleton preceded an excellent long-range strike from Daire Quinn in the 54th minute before Éire Óg closed out the game with points from Paddy Murphy, Paul Ryan and Donnacha Quinn (free).

Next up for the Nenagh Éire Óg senior hurlers is another clash with the Templederry Kenyons on Sunday, May 11th – this time the sides will face off in the Hibernian Inn-sponsored North Tipperary Senior Hurling Championship.