Éire Óg junior As suffer a five-point defeat to Roscrea

The Nenagh Éire Óg junior A hurlers lost to Roscrea on Saturday evening – following a series of encouraging displays this defeat suffered in Roscrea was disappointing. 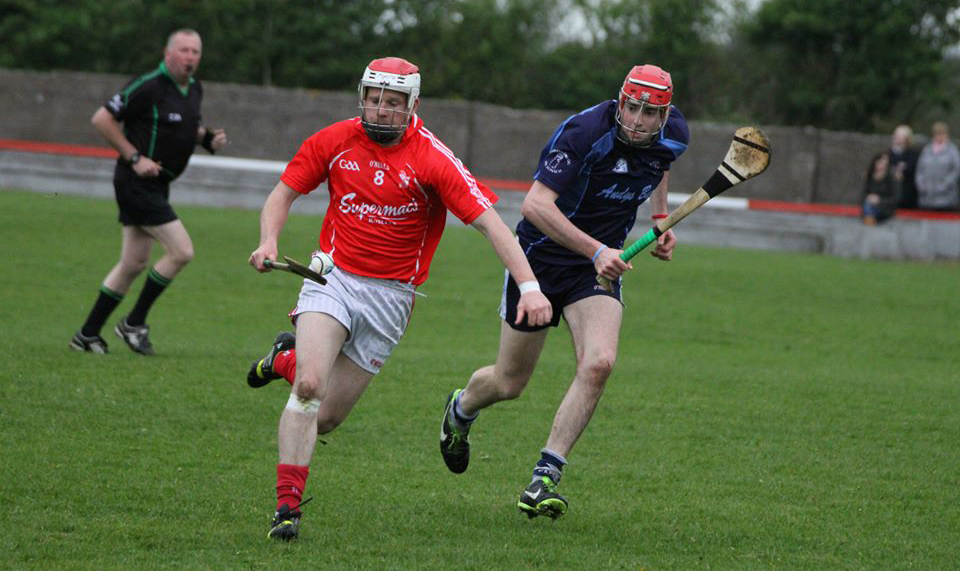 A converted free and ’65 helped Roscrea into a 0-2 to no-score lead inside the opening six minutes. The Roscrea ‘keeper then made a fine double save from Aidan Healy and Darragh Walsh in the ninth before a Mark Tuite free in the 11th minute got Éire Óg off the mark.

Four minutes later a Mark Tuite free tied the game before Aidan Healy set up Christopher Ryan with a fine hand pass and Ryan helped the Blues into a 0-3 to 0-2 lead in the 20th minute.

A Roscrea free levelled matters before Seánie Geaney cracked over a long-range free in the 25th minute to force Éire Óg back into a 0-4 to 0-3 advantage.

Two Roscrea points re-claimed the lead for the home side by the 28th minute and although Mark Tuite (free) responded for Éire Óg Roscrea ended the half in positive fashion and led 0-7 to 0-5 at the break.

A Mark Tuite free dragged Éire Óg to within a point of their hosts immediately after the break before a David Cleary point in the 33rd minute, only the Blues’ second point from play, tied the game at 0-7 apiece.

Roscrea edged back into a one-point lead before David Hickey tied the game in the 38th minute. A Roscrea free forced the hosts one point clear, but a David Hickey hook in the 43rd minute preceded a Mark Tuite point to leave the sides locked on 0-9 apiece.

Roscrea struck for their opening goal in the 45th minute, but to their credit Éire Óg responded in kind – Niall Cahill and John Cahalan combined to set up a David Cleary shot and although Cleary’s effort was saved David Hickey was on hand to sweep home the rebound in the 47th minute – 1-9 apiece.

The sides traded frees thereafter before Roscrea hit 1-1 without reply to open a vital four-point gap by the 54th minute.

A Mark Tuite free brought the scoring to a conclusion from an Éire Óg point of view in the 55th minute and although two late Mark Tuite 21-yard frees were saved Roscrea closed out the game with two further points.