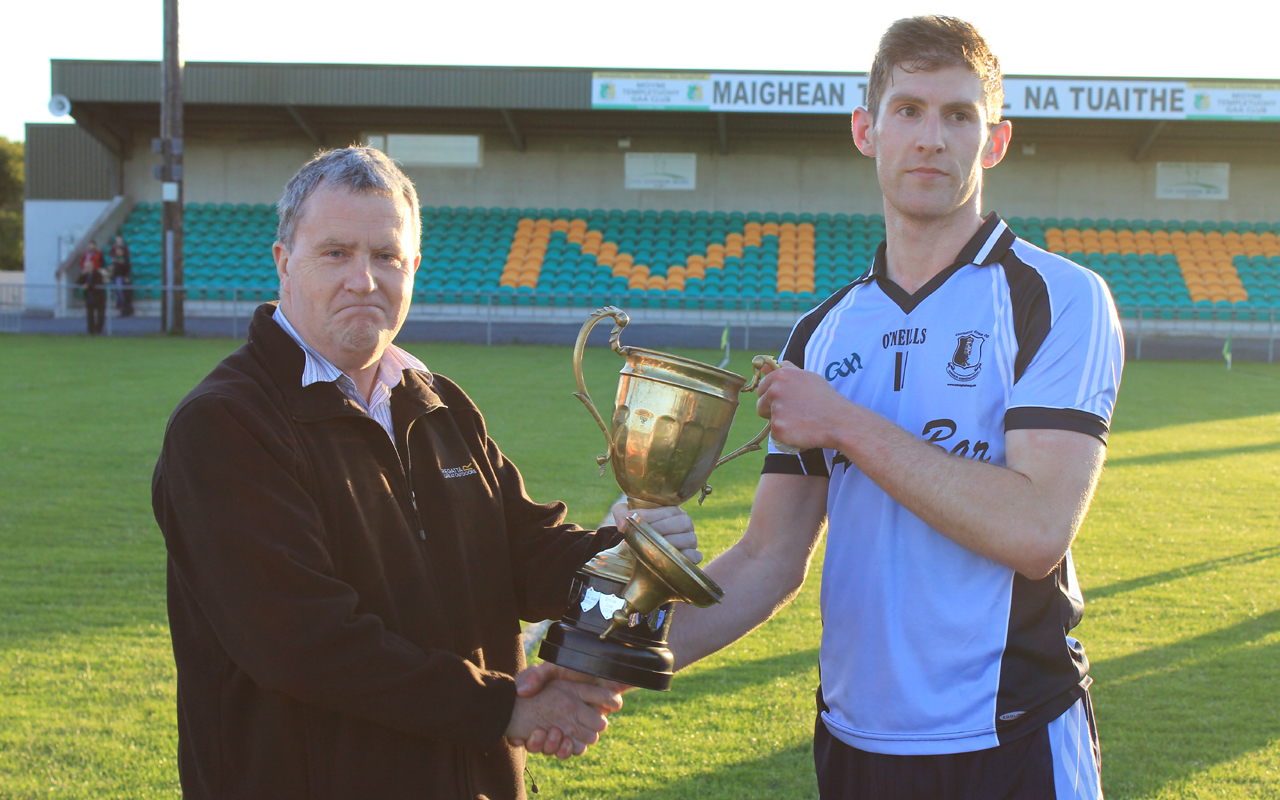 The Nenagh Éire Óg panel which won the Dr Fogarty Cup at Templetouhy on Friday evening.

Mullinahone traded points with Éire Óg during the opening three minutes before Philip Hickey set up Donnacha Quinn for a goal in the sixth minute. Andrew Coffey then added to the Blues’ tally before Killian Gleeson was denied a goal in the seventh minute when the Mullinahone ‘keeper conjured a terrific save. Tommy Heffernan, however, was on hand to bat in the rebound. Points from Paddy Murphy and Michael Heffernan helped Éire Óg into a 2-5 to 0-2 advantage after nine minutes of play.

Mullinahone fought back to score a goal of their own in the tenth minute, but Éire Óg responded with a Michael Heffernan point before Donnacha Quinn struck for his second goal in the 11th minute (3-6 to 1-2). During the ensuing six minutes Mullinahone out-scored Éire Óg by three points to two – the Blues led 3-7 to 1-5 with seventeen minutes played.

Unanswered points from Paddy Murphy, Tommy Heffernan, Donnacha Quinn and Andrew Coffey opened a 12-point gap between the sides before a second Mullinahone goal in the 23rd minute ate into the Blues’ lead.

Two Donnacha Quinn points and an effort from Hugh Maloney closed out the half from an Éire Óg point of view. At the break Éire Óg led 3-14 to 2-6.

Points from Killian Gleeson and Donnacha Quinn forced Éire Óg thirteen points clear, but Mullinahone responded well to the challenge and out-scored the Blues by five points to two with only Tommy Heffernan and Kevin Tucker managing responses for Éire Óg. With twenty-one minutes to play Éire Óg led 3-18 to 2-11.

Éire Óg settled down to their work once more with points from Michael Heffernan, Andrew Coffey, Donnacha Quinn (three) and Paddy Murphy forcing the Blues into a 3-24 to 2-12 lead.

A Mullinahone free in the 46th minute left fourteen between the sides, but efforts from Donnacha Quinn, James Mackey, Paddy Murphy and a Andrew Coffey goal set-up by James Mackey helped Éire Óg toward a 4-28 to 2-13 advantage.

In the 51st minute goalkeeper Michael McNamara pulled off a terrific save to deny Paul Kelly a goal. Mullinahone added a converted free to their tally soon after.

The Blues closed out the game with points from James Mackey (two), Paul Ryan (two) and Shane Maher bringing this contest to a conclusion. 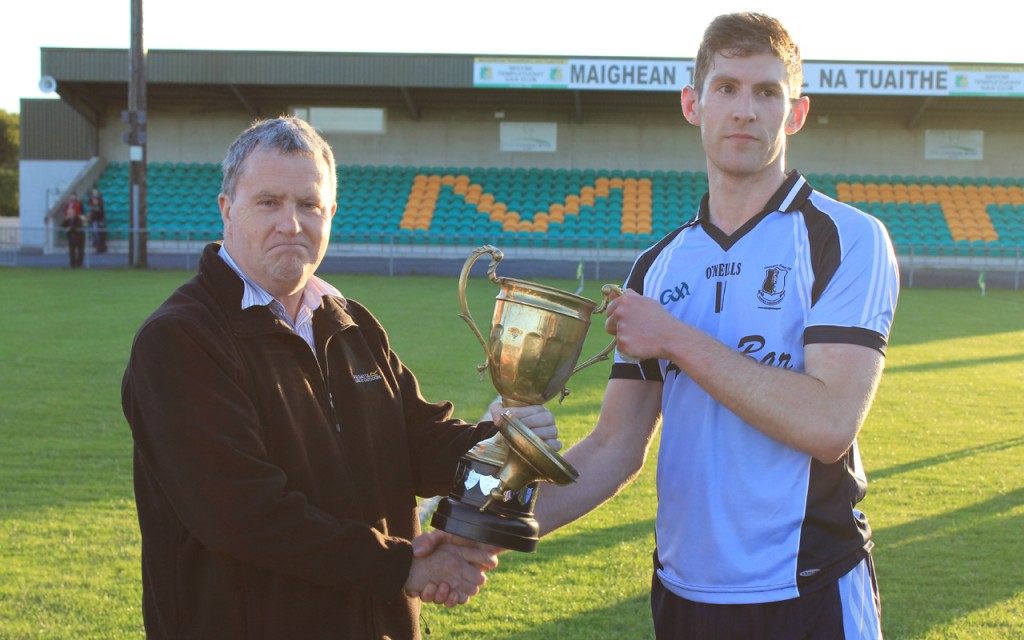 Nenagh Éire Óg would like to wish Mullinahone all the very best in their up-coming south senior hurling championship final against Killenaule on Sunday, August 23rd. Liam Heffernan’s Blues will not return to championship action until the respective divisional championships reach a conclusion – Éire Óg have already qualified for the last sixteen of the Clean Ireland Recycling County Senior Hurling Championship.