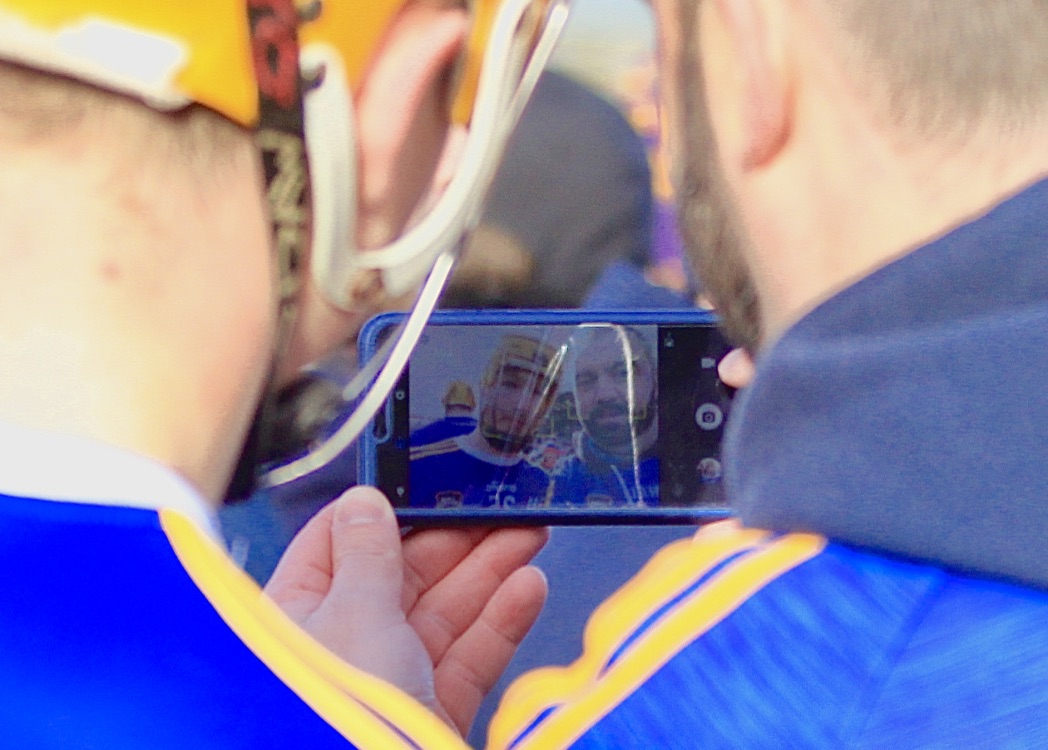 Part-time work on offer, Tipperary lose out to Wexford while our 2018 Community Games team, Seán Minogue and the handballers are given a civic reception. All this and more in this week’s crammed news on the Blues 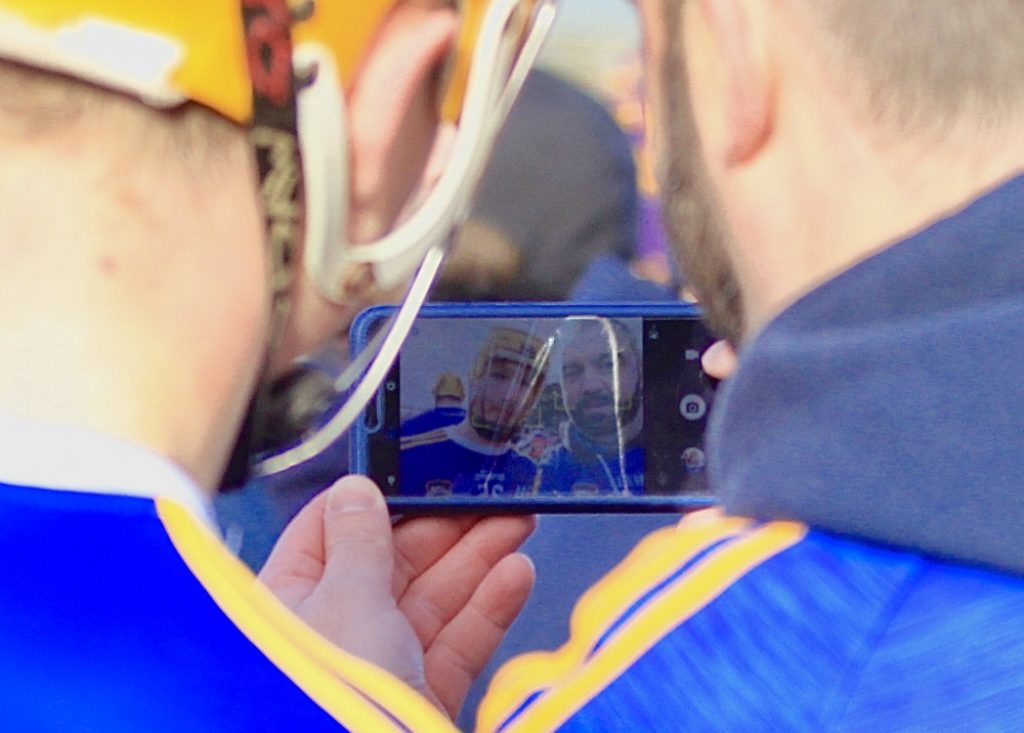 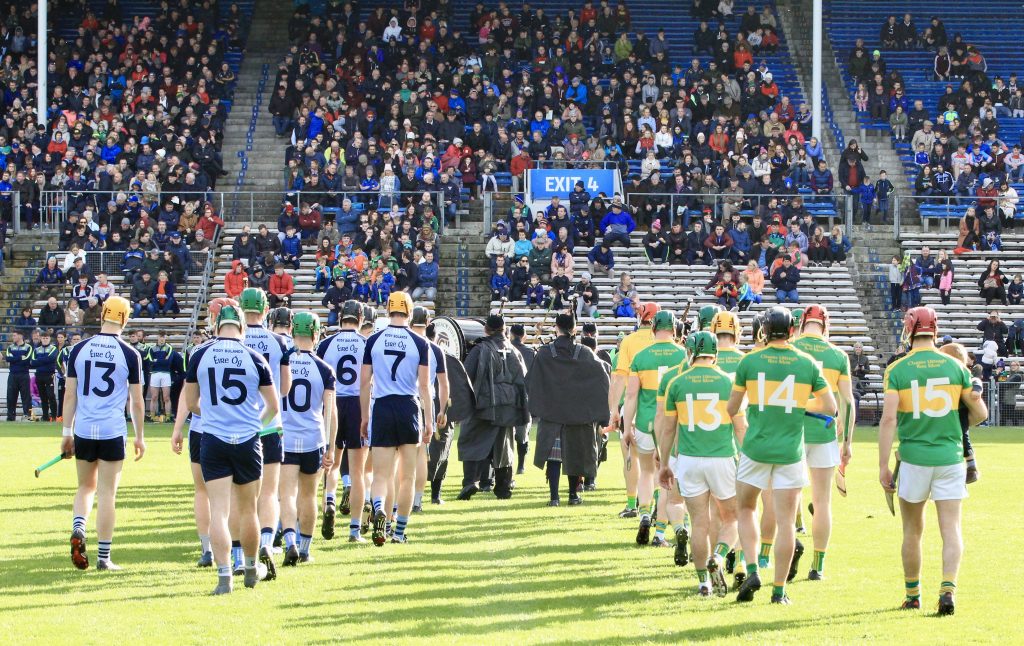 The competitive season is due to start shortly and our senior hurlers will renew rivalry with Clonoulty Rossmore in a repeat of last year’s county senior hurling final in the opening round of the county league.

This game is expected to take place on Sunday, March 10th at 12pm in Clonoulty while we expect to play our next game in the league the following Sunday at 12pm in MacDonagh Park against Loughmore Castliney.

Our junior-B footballers expect to play their opening match of the county league in Drangan on Sunday, March 3rd against St. Patrick’s at 12pm. The lads will play Clerihan in MacDonagh Park in their second match and travel to Kilcommon to play Seán Treacy’s in the final group game of the league later in the year. They will play their opening match of the county junior-B championship against Lorrha & Dorrha in St. Ruadhan’s Park on the weekend of April 21st and will play Galtee Rovers and Éire Óg Annacarty next in the championship with both games fixed for MacDonagh Park.

The minor footballers play Ballina on Sunday morning at 11am in MacDonagh Park in the North minor-A championship. 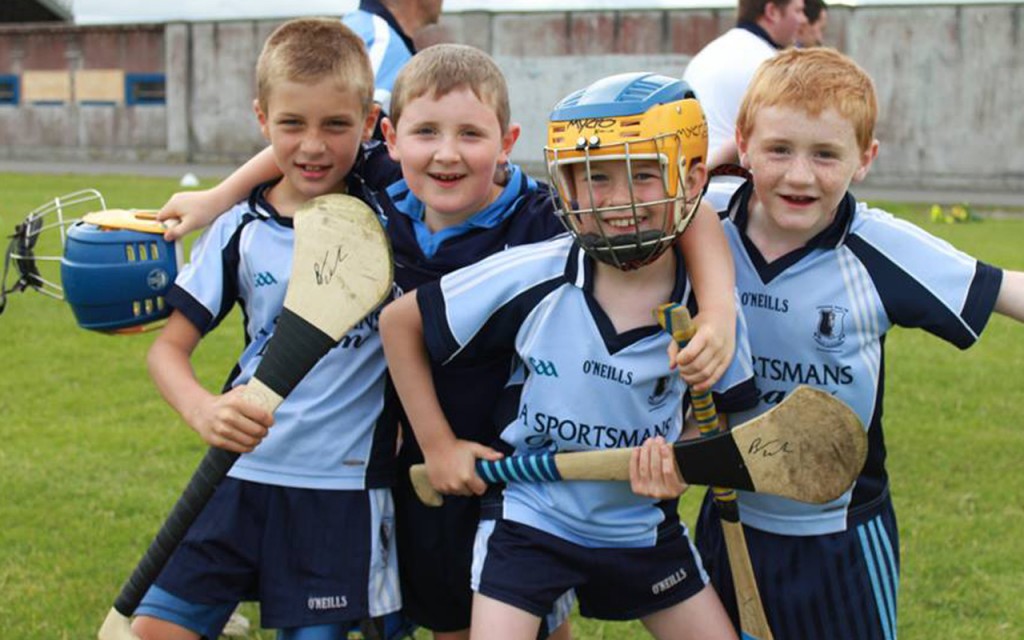 The Tipperary Coaching and Games Development are looking to recruit coaches for work on their Easter and Cúl Camps in 2019.

Applicants must 17 on or before April 1st 2019.
To apply please send a CV with cover letter via email to tipperarygaacamps@gmail.com.
Closing date for applicants is Friday 22nd March. 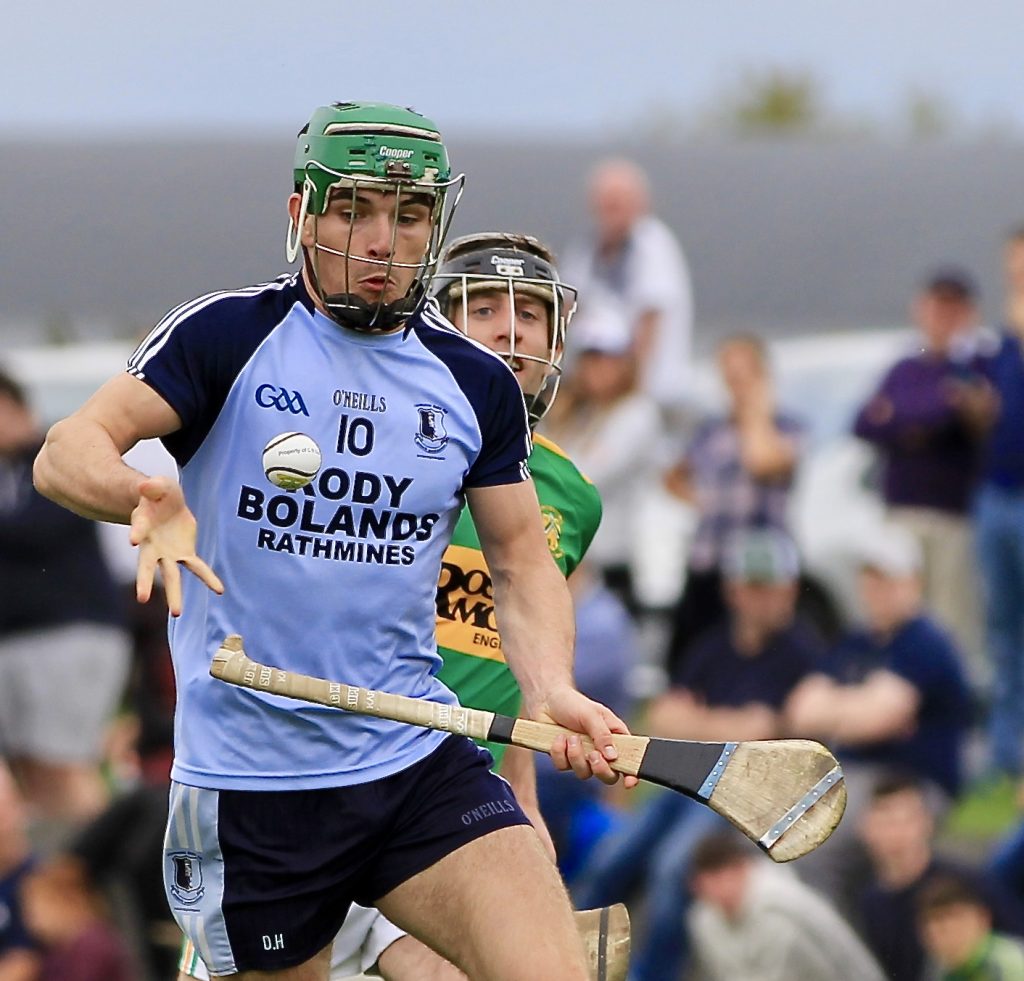 Best wishes go to Philip Hickey and Mary Immaculate College, Limerick who play University College Cork in this year’s Electric Ireland Fitzgibbon Cup final next Saturday in Waterford. Mary Immaculate overcame the challenge of Shane Hennessy’s NUI Galway 1-18 to 0-18 in the semi-final in Cusack Park, Ennis on Thurles. Commiserations to Shane who had a fine season in goals for the Connacht college and good luck to Philip in the final.

To the best of our knowledge here are all the winners of the Fitzgibbon Cup from Nenagh Éire Óg:

Hopefully we will be adding Philip’s name to the list and if we are missing anyone please email us the details to eireognenagh@gmail.com or contact us through any of our social media channels. 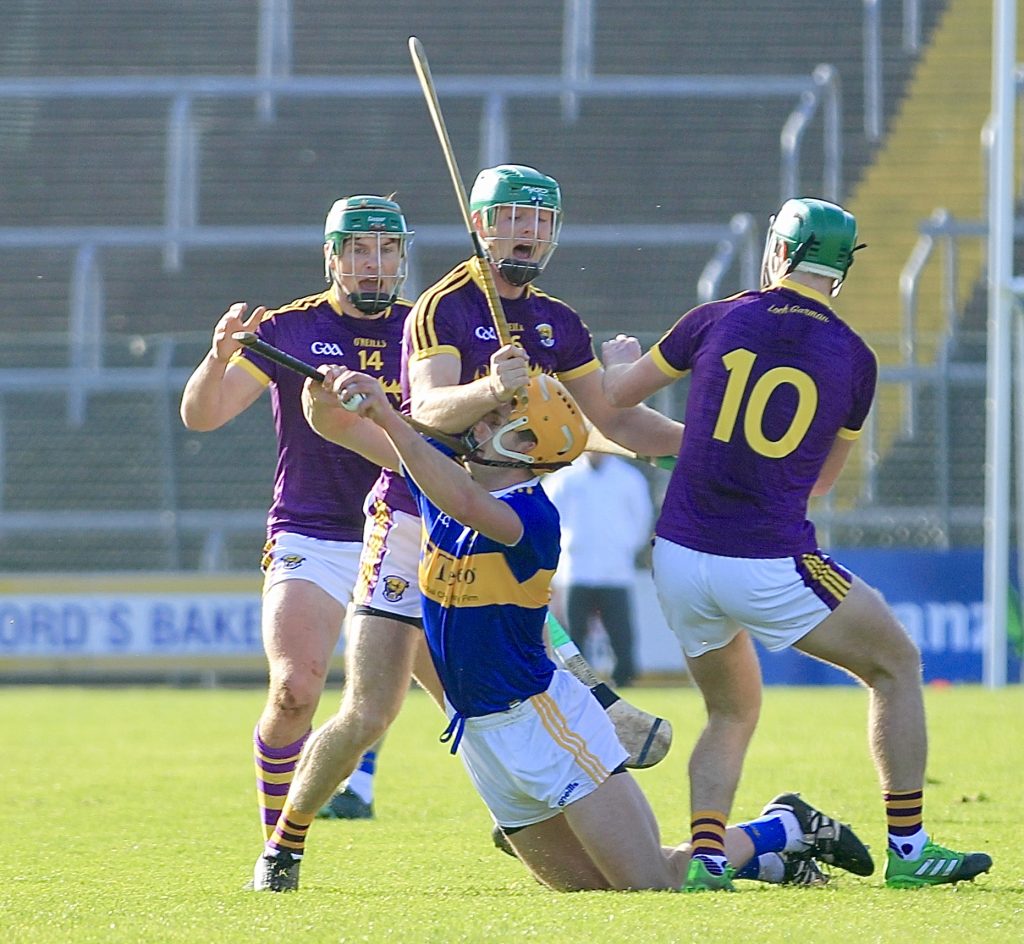 Hard luck to Barry Heffernan, Jake Morris and the Tipperary seniors who were defeated by Wexford thanks to a last minute point by Aidan Nolan, 1-15 to 1-14 today in Innovate Wexford Park. The lads must regroup now for the next Sunday when Kilkenny travel to Semple Stadium. Meanwhile there was better news for Grace O’Brien as the Tipperary senior camogs overcame Wexford today in Enniscorthy, 5-11 to 0-8 in the league. Grace managed a first-half point in the game. 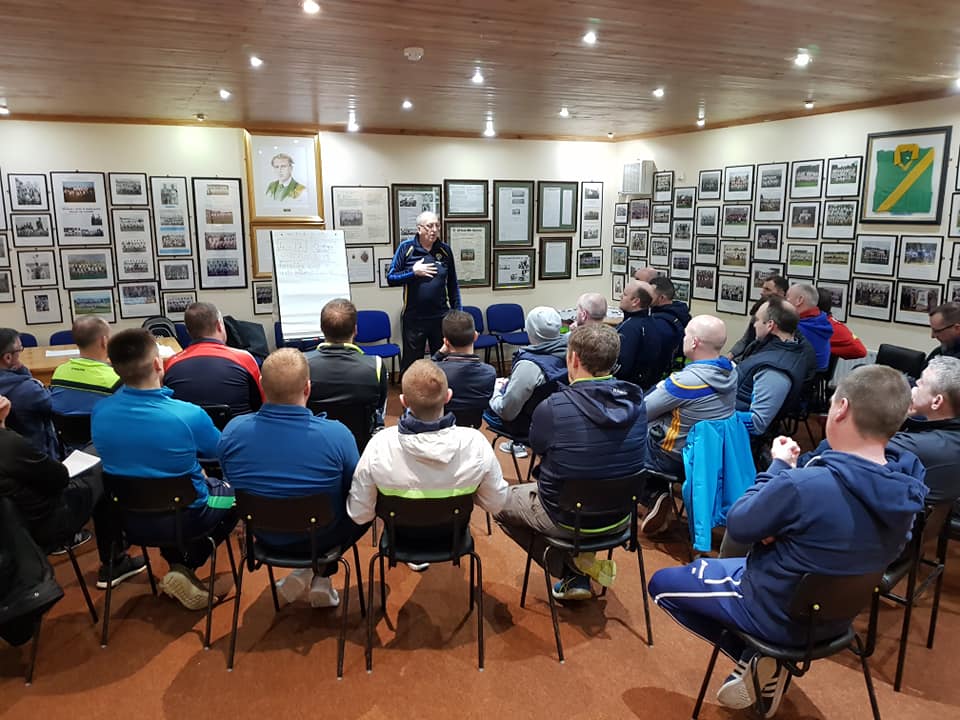 The Award One Youth Course is being run by North Tipperary coaching development officer Paudie Malone. Paudie Butler was taking the session last week in Kilruane MacDonagh’s GAA club. Our thanks to our four coaches Mike Corrigan, Tom Coughlan, Tom Boland and Cathal Farrell who are giving up their own time to develop their own coaching knowledge over the five nights of the course. It’s a great course and will greatly benefit the underage players in the club. 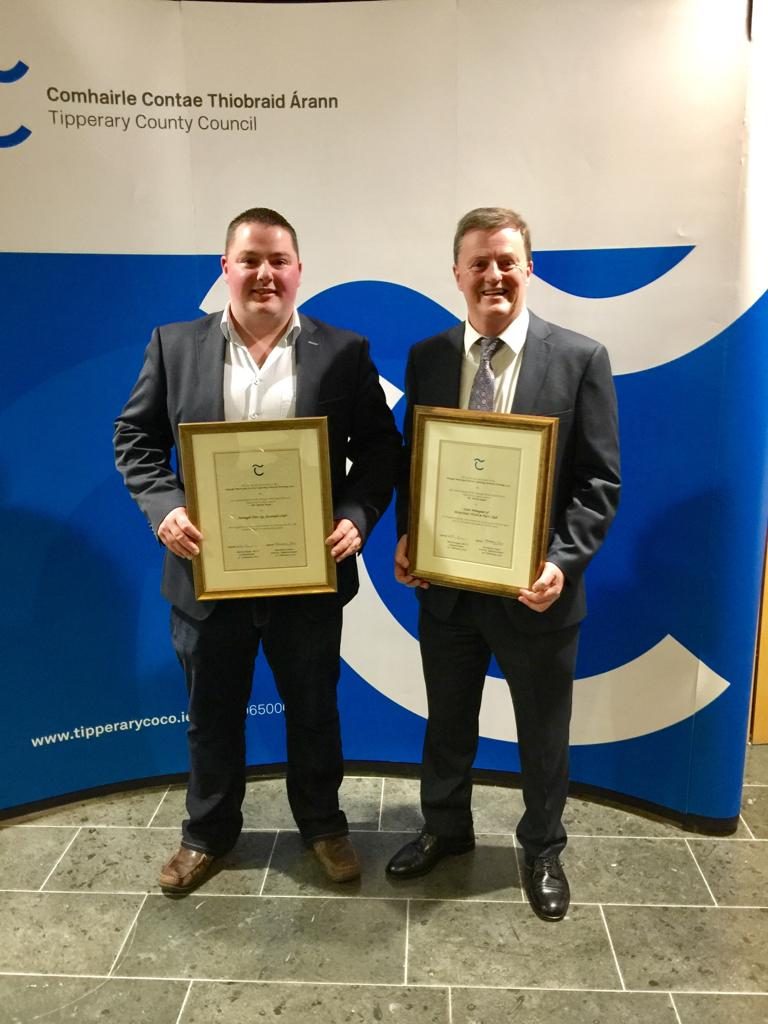 Like father, like son. David and Seán Minogue collect their certificates at the civic reception last week

Last week the club was honoured by a civic reception in the council offices on the Limerick Road. Firstly former player and coach Seán Minogue was honoured for his exploits on the pitch and putt courses after he won the British Open and the Dutch open. Secondly our under-11 hurlers were also honoured after winning the All-Ireland Community Games final last summer in Limerick while world champion handballer, Sinead Meagher of Nenagh Handball Club, was recognised for her outstanding achievements in 2018. Also recognised was juvenile coach Brian O’Brien who also won a world handball championship.

The sporting talent in our town is amazing and it is fantastic to see it officially recognised. 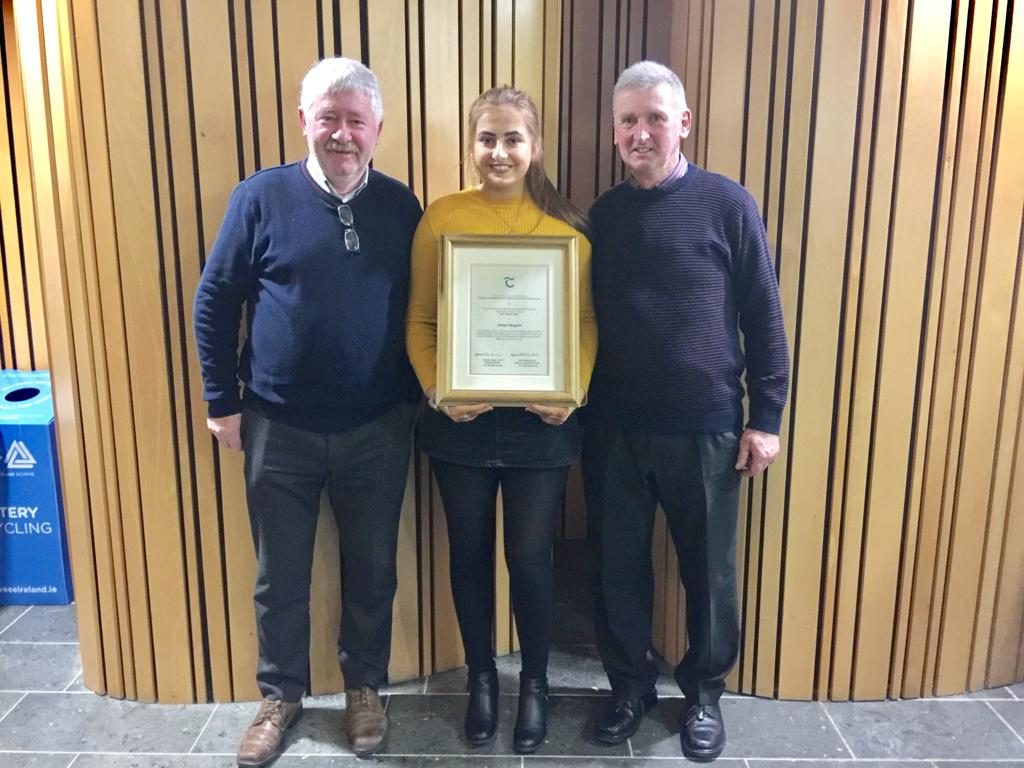 Sinead with her coach Eamonn Spillane and father Christy 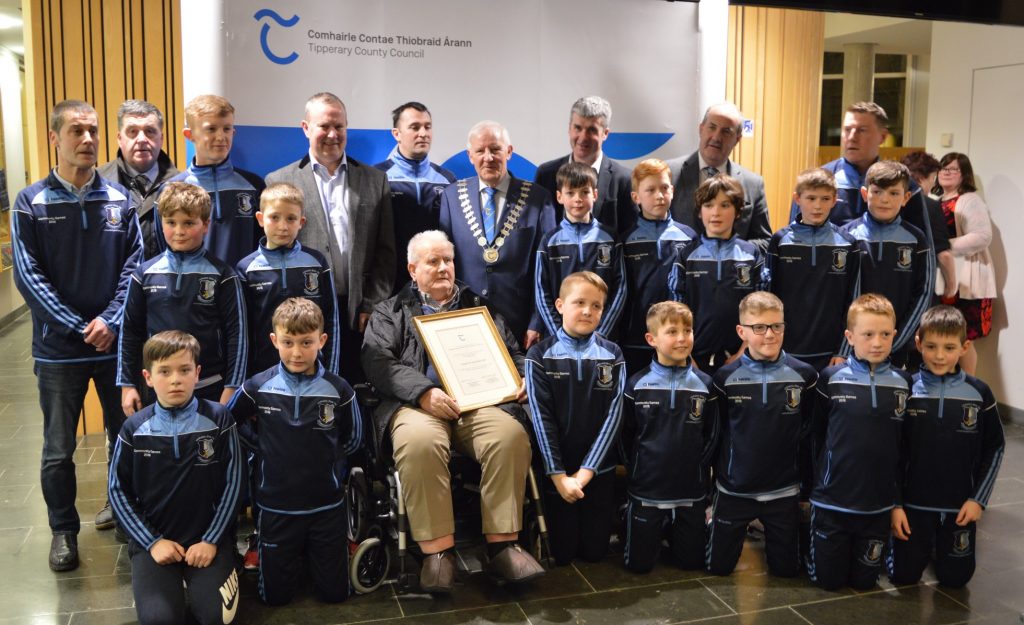 The under-11 panel with club stalwart Tommy Mulcahy. Tommy was the boys first coach at under-6 level and set them on the path to All-Ireland glory. 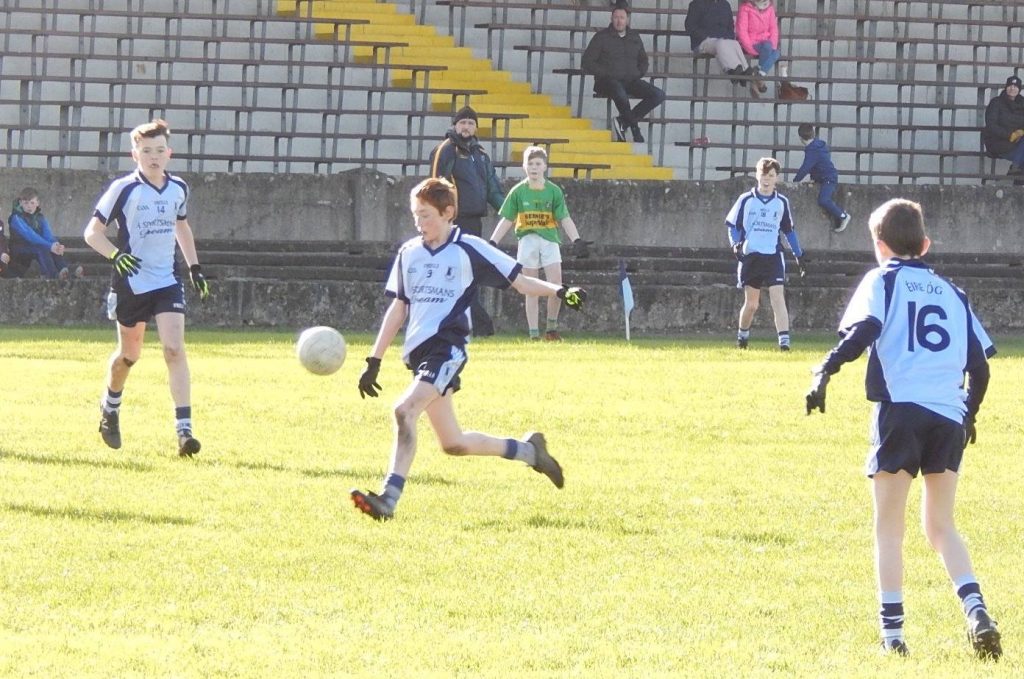 Well done to our Ógres who are turning into young athletes before our eyes. They are rising to the extra challenges each week. Parental and sibling involvement has played a huge part in this. Well done to all. We conclude for another year on Saturday, with T-Shirt and certificate presentation.

Juvenile registration will take place in the complex on Saturday, February 23rd from 10am to 12 noon.

Our under-14 Féile footballers kicked off the juvenile year for us on Sunday morning with a hard fought semi-final win over Inane Rovers in Nenagh. It finished 1-05 to 1-02. They will now face Ballina in the North final in March 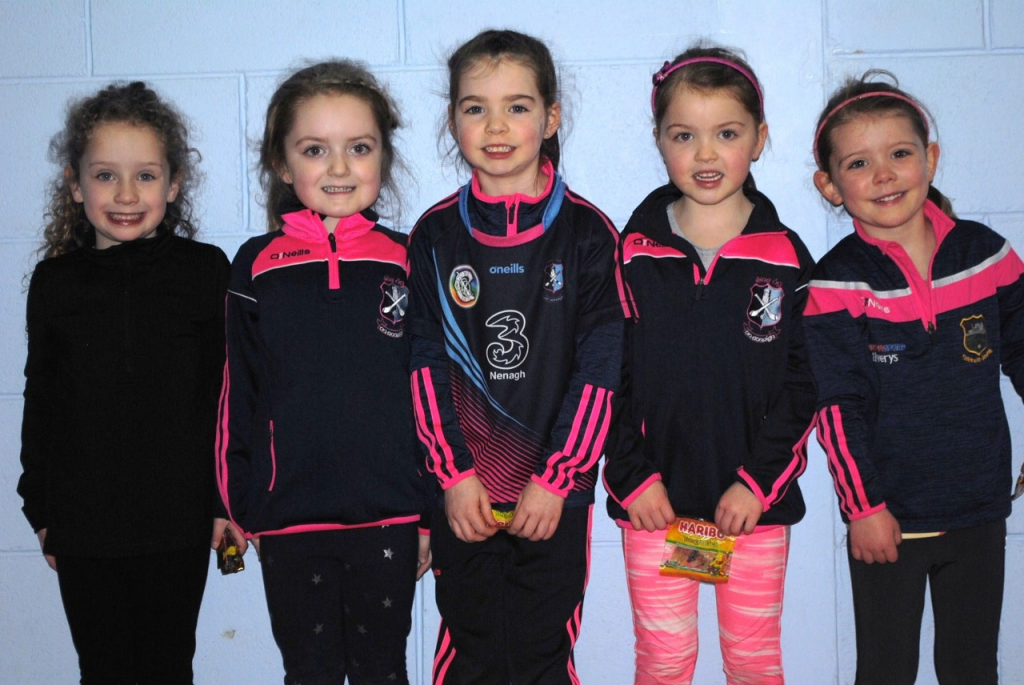 Club Registration
Club registration for all camogie ages will take place this Saturday 23rd at the complex from 11am until 12pm.
Forms can be picked up at training during the week or on Saturday morning.
All camogie players must register for insurance purposes.

Seniors
Best of luck to the Nenagh Éire Óg camogie senior team in their first league match of the year next Sunday against Annacarty.

Under-16
The under-16s have their first match next weekend. Training takes place on Tuesday and Thursday.

Under-12
Under-12 training continues every Wednesday evening 6:00pm – 7:00pm in the ball alley at the Nenagh Éire Óg complex. Newcomers are always welcome.

Under-10
Under-10 camogie training continues in Nenagh College at 9am on Saturday morning. €2 at the gate  Newcomers are always welcome. All girls must wear helmets and shinguards.

Éire Ógre Girls
The third morning of the Éire Ógres got underway at the club last Saturday with almost fifty girls participating in a variety of activities. The children are improving their motor and physical skills with the main focus being on having fun. Help from older siblings and parents has helped hugely in creating a lovely atmosphere in the hall each week and the treats afterwards have ensured that there are lots of happy faces at the end of the session. Registration will take place during the Ógres next week for any child who wishes to continue playing for the year. 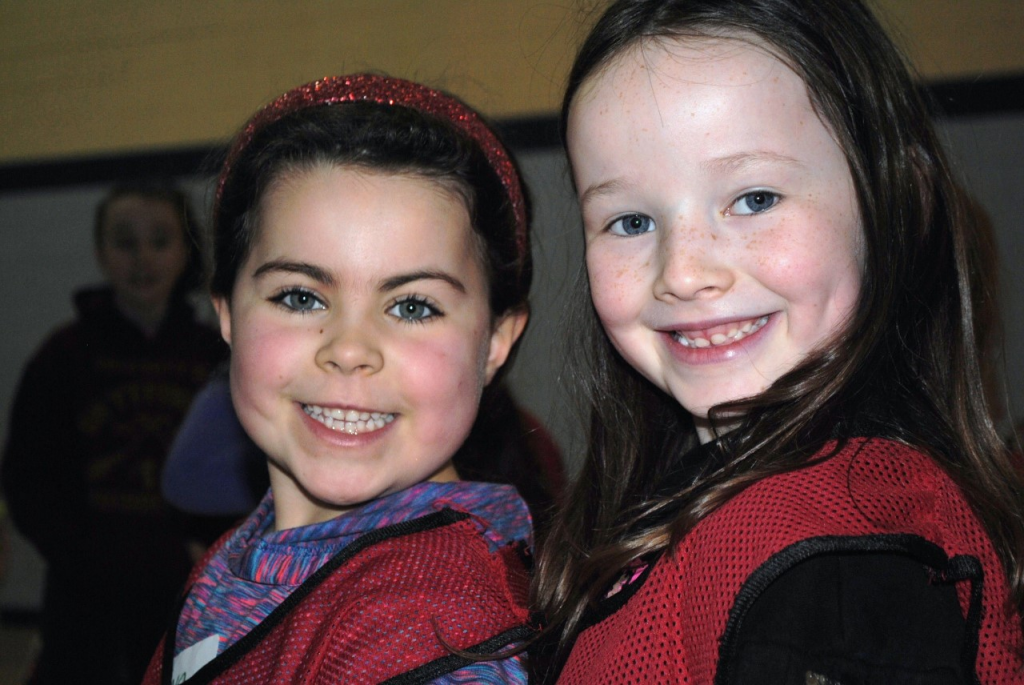 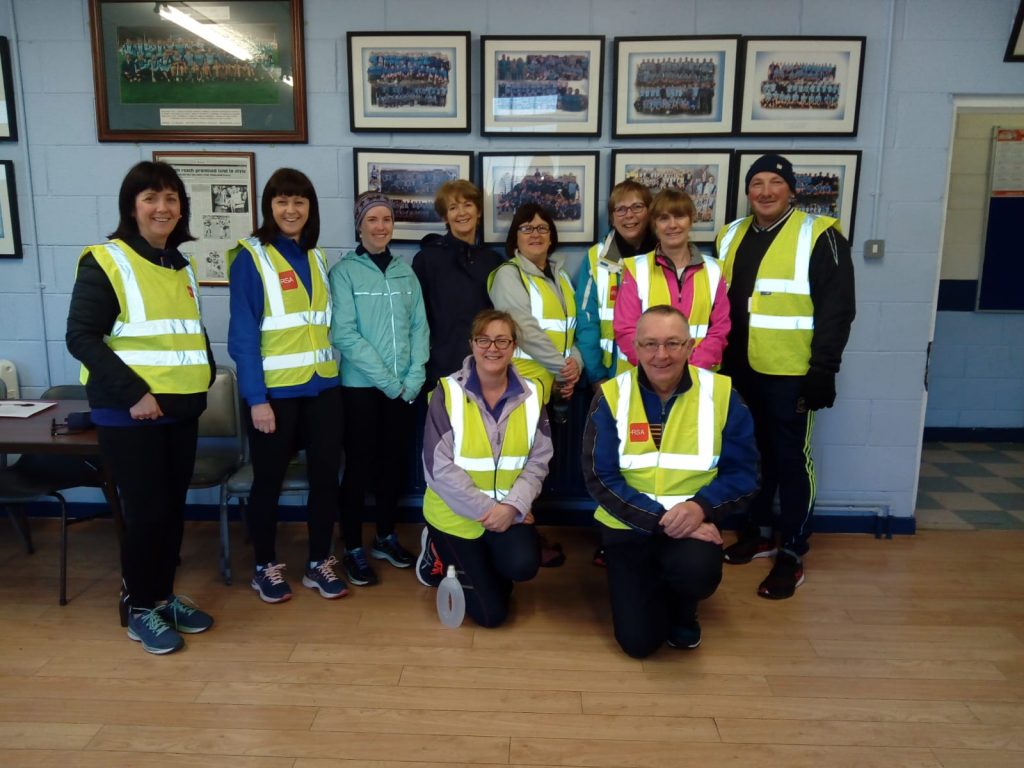 Some of the 10KM walkers today

Our weekly walks continue this Thursday for the sixth time this year and we will hoping to cover 5.5KM. These walks are open to people from Nenagh and beyond and everyone is welcome for what is a lovely, relaxed and social atmosphere. 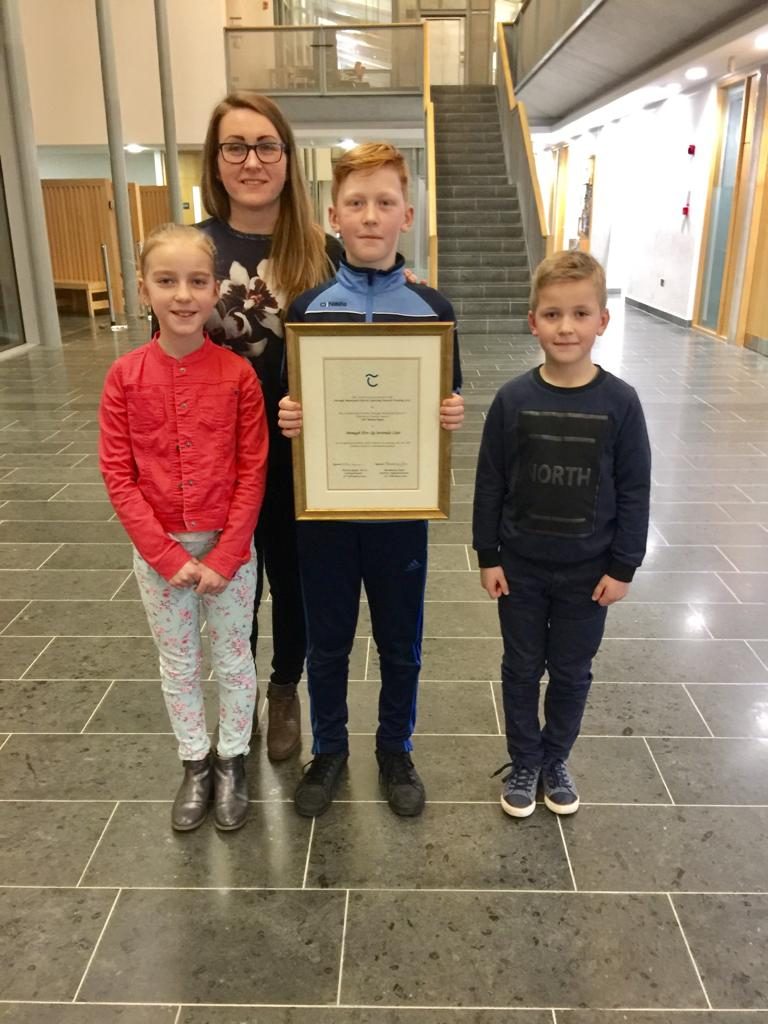