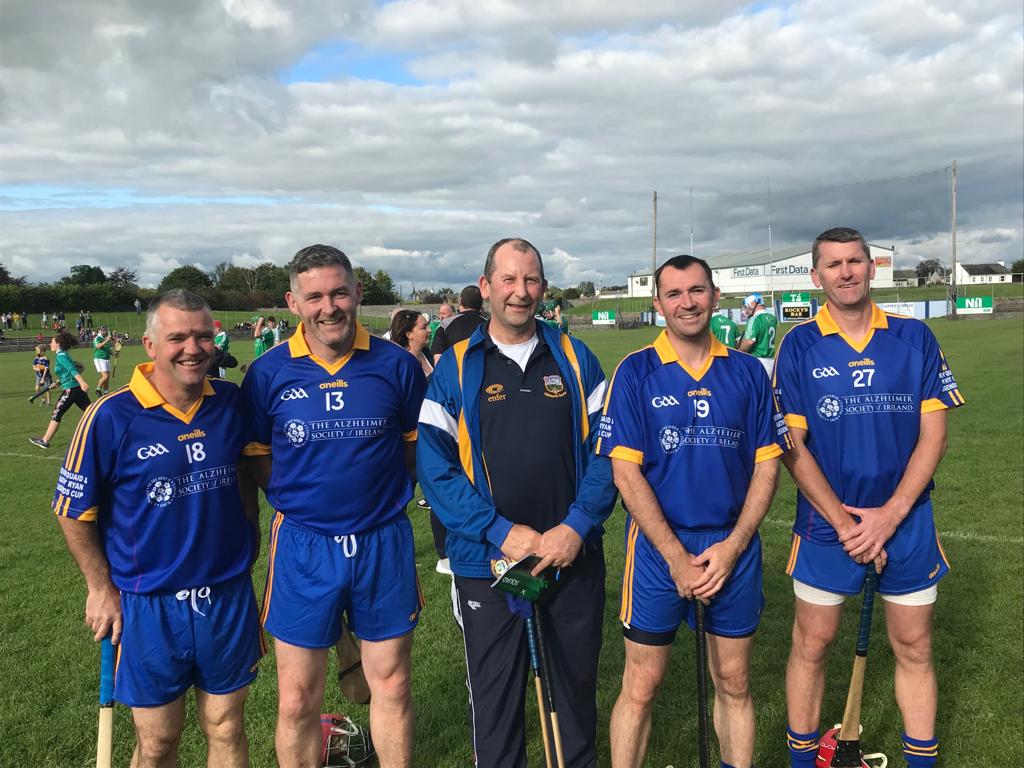 The seniors advance to the county quarter-final while the under-14s reach the county decider as five legends come out of retirement. All this and more in this week’s news on the Blues 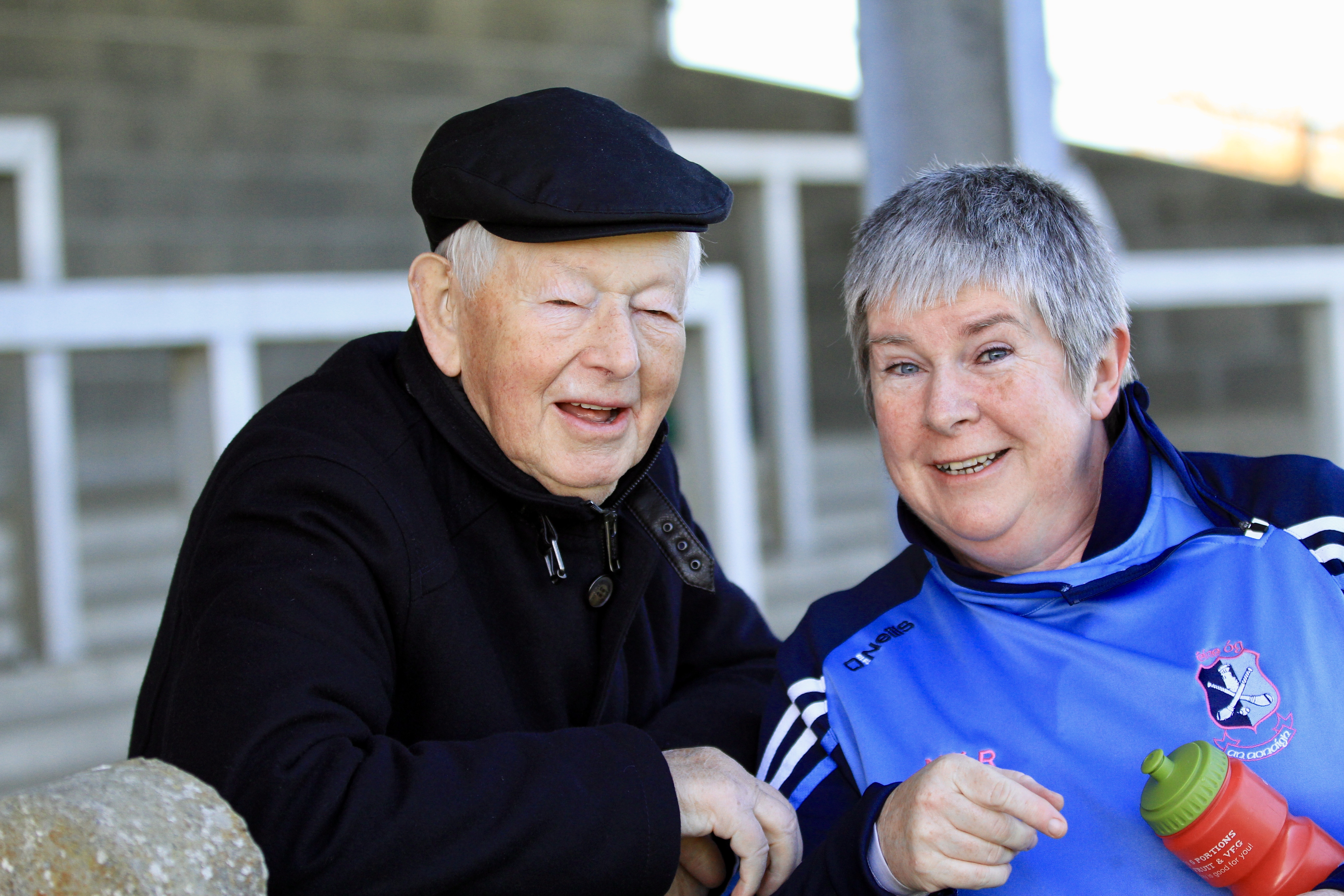 Wednesday next is going to be a very special day for one of the club’s greatest stalwarts, Jimmy Morris, as he celebrates his 90th birthday. Jimmy has worked tirelessly for the club over the decades and his enthusiasm for the Blues has never wavered as he wears his heart on his sleeve at every match the club plays, be it hurling, football or camogie. We hope Jimmy has a magical day and we look forward to celebrating many more birthdays with him in the future. 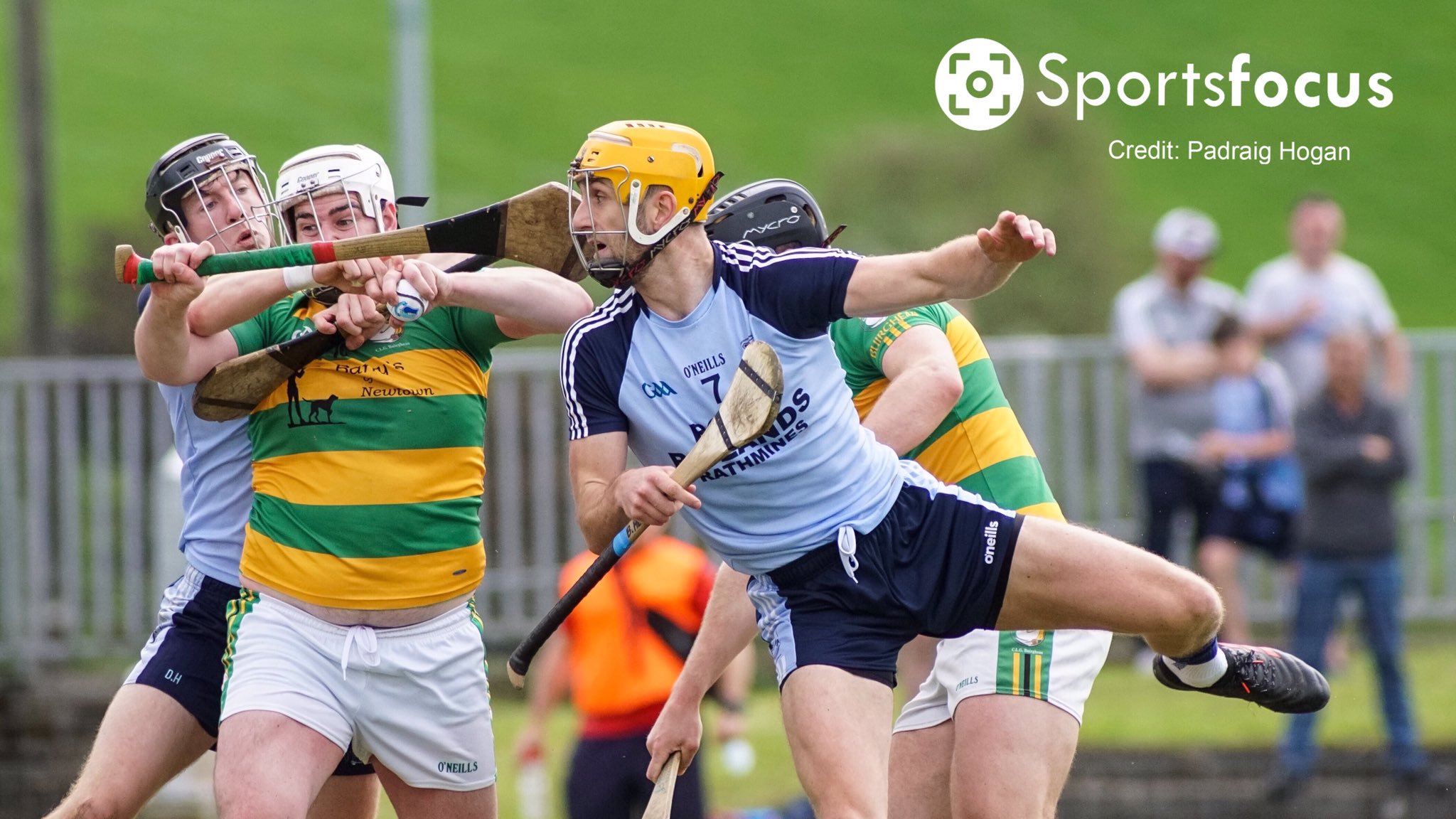 Our senior hurlers completed the round robin stage of the FBD Insurance county championship on Sunday last defeating Burgess 2-23 to 2-17 with the Nenagh goals coming from Philip Hickey and Jake Morris. The win ensures our progression to the quarter-final of the county championship.

Legends Match in aid of Alzheimers Society of Ireland

The years were certainly rolled back in MacDonagh Park on Saturday last as the Tipperary legends dusted the cobwebs off their boots, hurleys and helmets and made a welcome return to action as they took on their Limerick counterparts in a charity game in aid of the Alzheimers Society of Ireland. A large crowd gathered and gasped in awe as Kevin Tucker demonstrated, once again, his amazing ability to hit the post from point-blank range as the Premier ran out 4-23 to 4-16 winners. Our thanks go to all the volunteers, players and match officials who made the day such a huge success and we wish the Alzheimers Society of Ireland the very best of luck in the future. 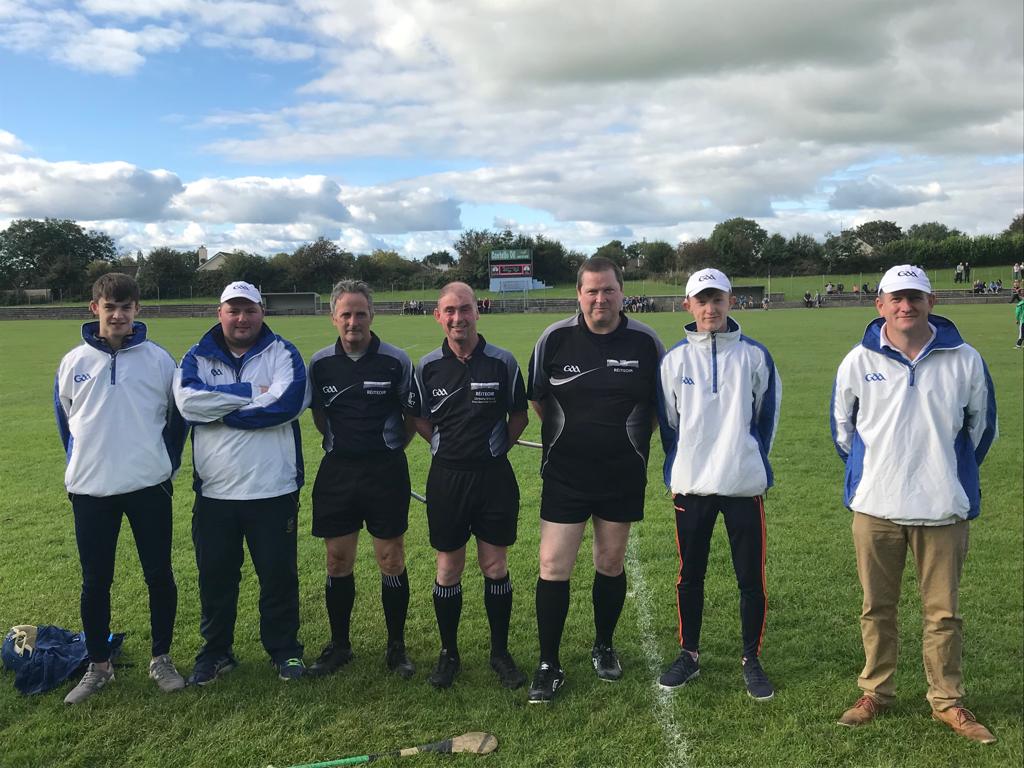 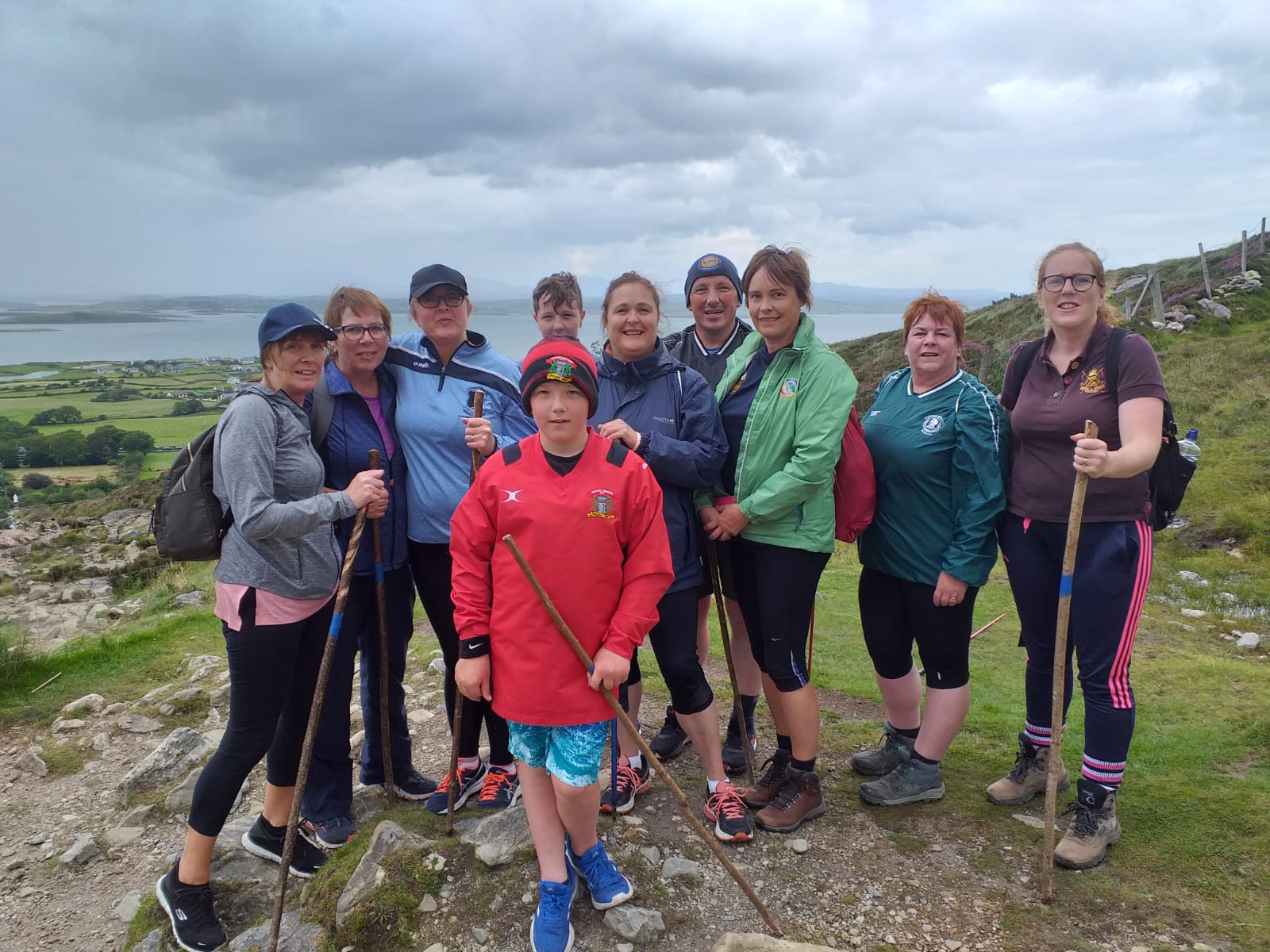 The club’s walking group, in conjunction with the Healthy Club Project, recently climbed Croagh Patrick to raise money for Milford Care Centre and amassed an amazing €7,000 in the process thanks to the generosity of so many. You are all invited to the complex next Friday, September 13th at 8pm where the proceeds will be presented and refreshments provided. 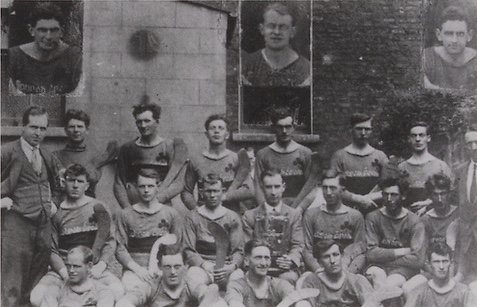 We were recently informed of three omissions on our Roll of Honour and we are delighted to include Jack and Mick Darcy who won All-Ireland medals with Tipperary in 1925 when the Premier outclassed Galway 5-6 to 1-5. Indeed, Mick also won an All-Ireland with Dublin in 1924 when the capital defeated Galway 5-3 to 2-6. In the 1925 final the Irish Independent wrote that “Mick Darcy at midfield was an outstanding figure, his well-judged, lengthy pucks never failing to reach the Tipperary forwards. From a “70” he drew cheers by scoring a goal”.

In 2017 Ella Carey played in goals as Borrisokane Community College captured the under-16 Junior-C crown after defeating Abbey Community College 2-8 to 2-4. We are delighted to include all three players in our Roll of Honour and if there are any other omissions please do not hesitate to get in touch with us via our social media channels or email us at eireognenagh@gmail.com

The club’s Roll of Honour can be viewed here. 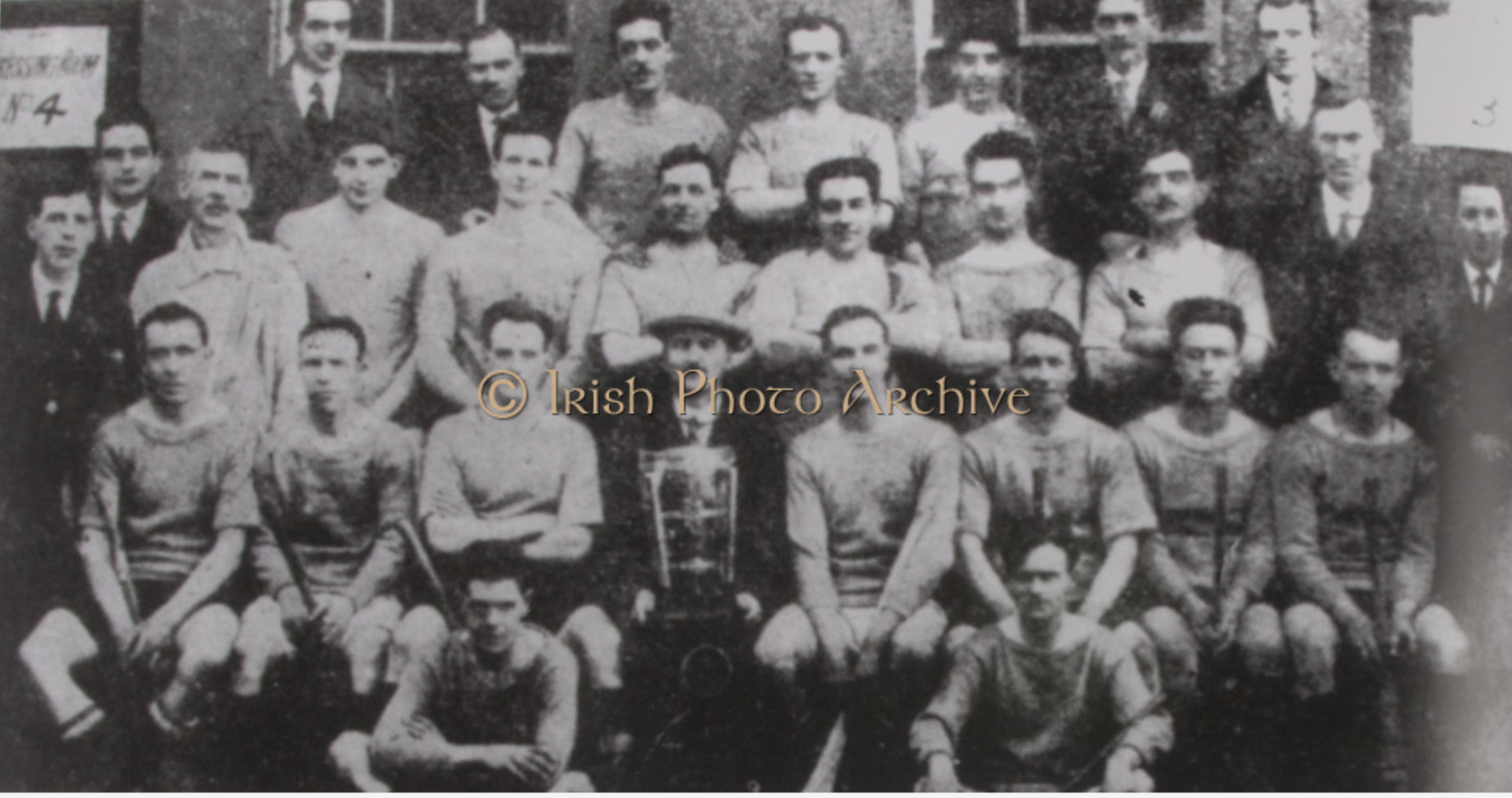 Dublin All-Ireland hurling champions 1924. Mick Darcy is fourth from the left in the third row 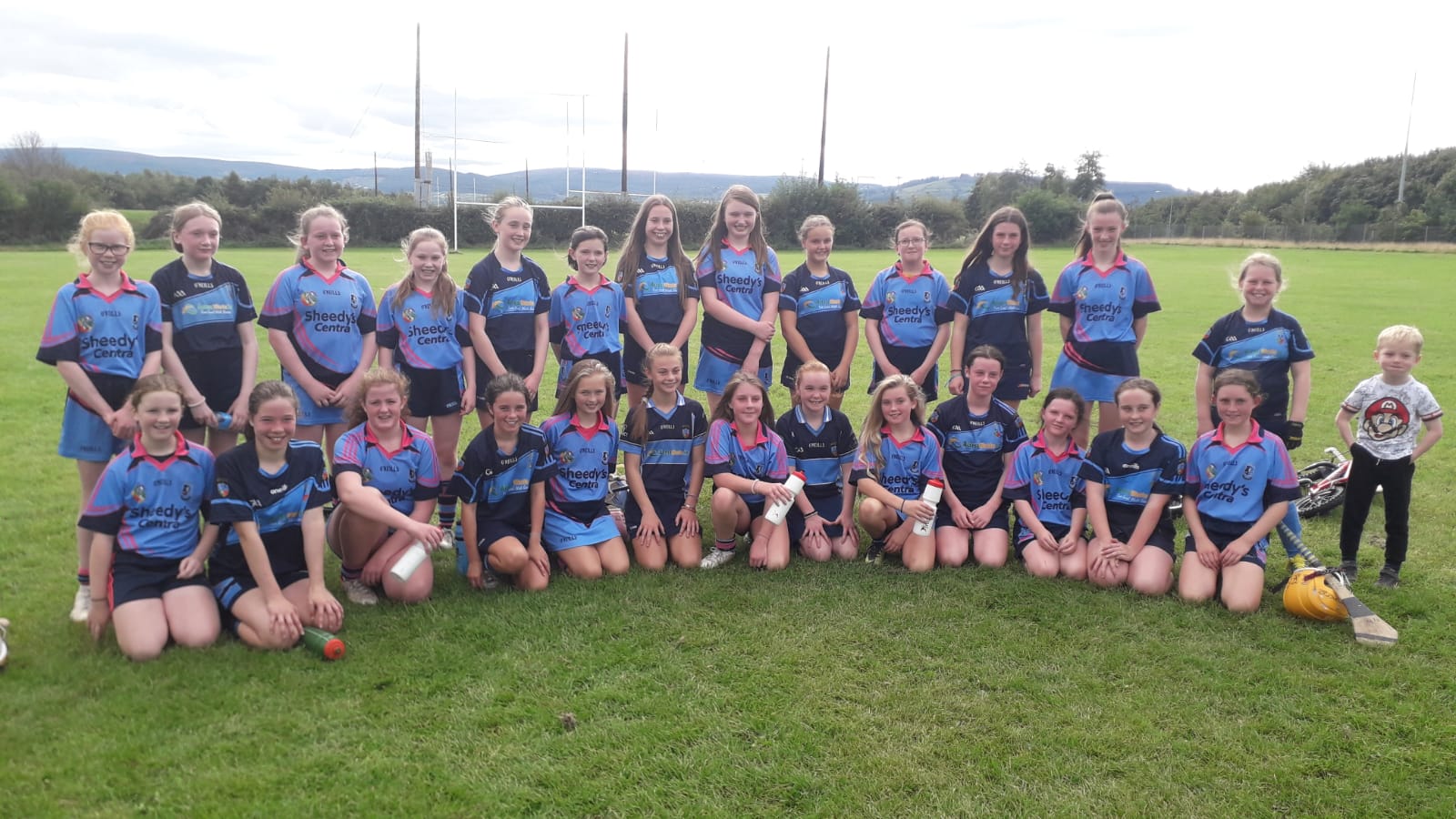 The under-12s in Tymon North where they took on St. Judes


The under-6s finish their season with a blitz next Saturday morning against Kiladangan in Puckane. Last training takes place this Thursday.


Our under-10s and under-12s travelled to St. Judes GAA in Templeogue on Sunday where they received a great welcome from our hosts. The under-12s showed great skill and spirit to come from a goal down at half-time to win by two points. It was a great way to finish the season. The under-10s played three matches each against their St. Judes counterparts and all Nenagh girls played excellent camogie.
The group travelled on to Croke Park for the All-Ireland camogie final where we watched a great contest between Galway and Kilkenny.
Thanks to all the parents who travelled on a long day. Days like these live long in the memory for young girls and are hugely important in keeping their appetite for camogie alive. A big thank you also to Mike Nerney and all the ladies in St. Judes who showed us such great hospitality. We’ll look forward to welcoming them to Nenagh in 2020. 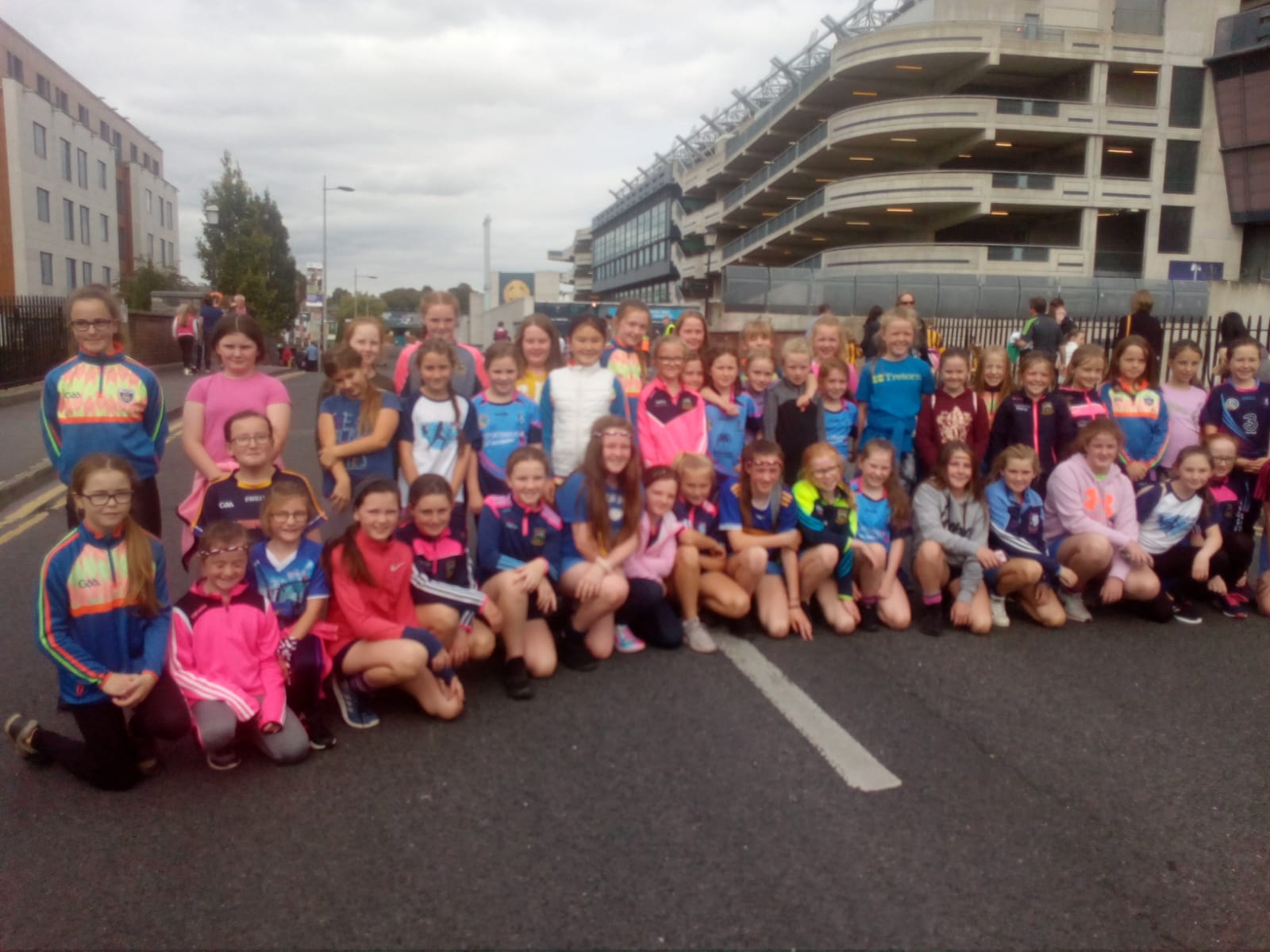 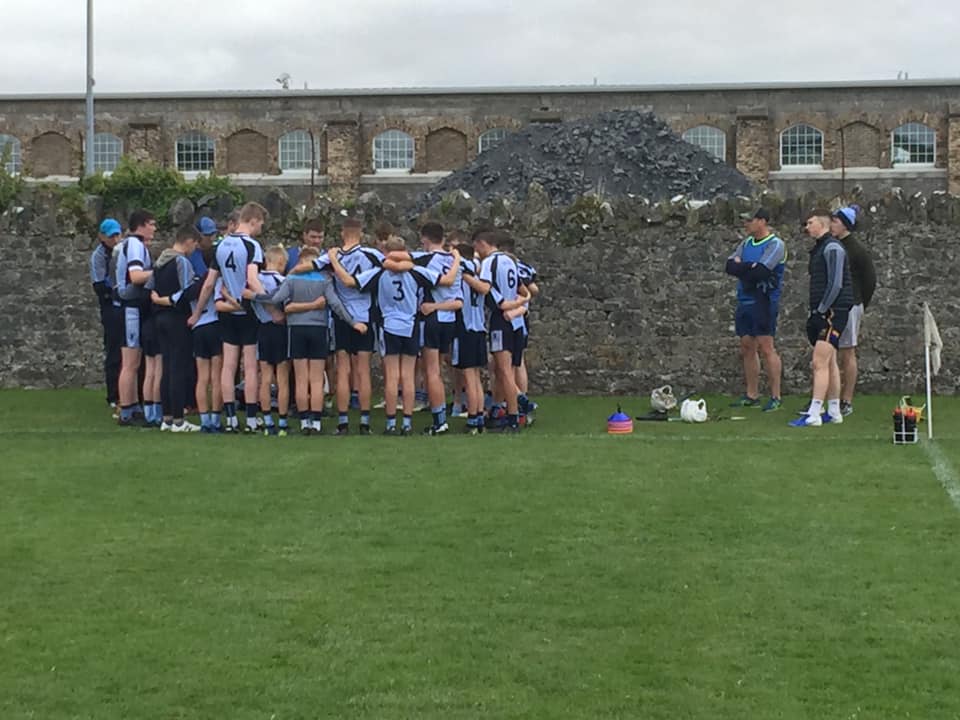 Half-time team talk in the county under-14 semi-final

Our under-14s continued their amazing year by defeating a gallant Cashel King Cormacs in the county semi-final on Saturday in Thurles 5-14 to 5-9. They now look forward to playing Durlas Óg in the final in Dundrum, next Saturday at 2:30pm. Best of luck lads. 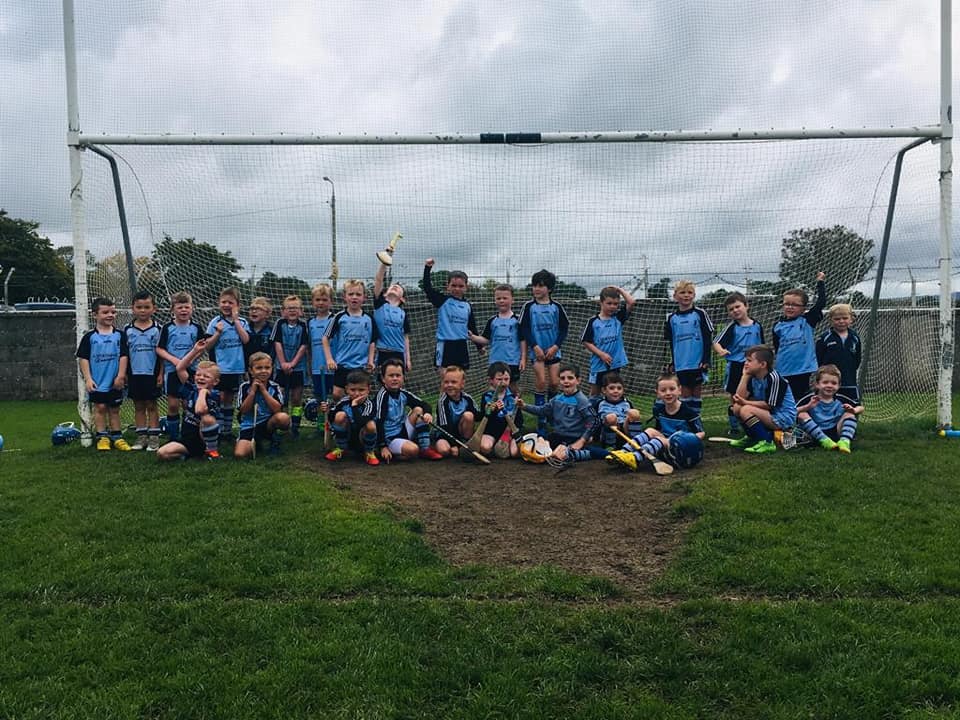 Well done to our under-6s who had a great mornings hurling in Cloughjordan on Saturday. Three matches were played against Kilruane MacDonagh’s, Toomevara and Roscrea and the boys were fantastic! A big thanks to Kilruane MacDonagh’s who hosted us and for the fantastic hospitality afterwards. Training as usual on Saturday mornings at 10am and new players are always welcome to come along. 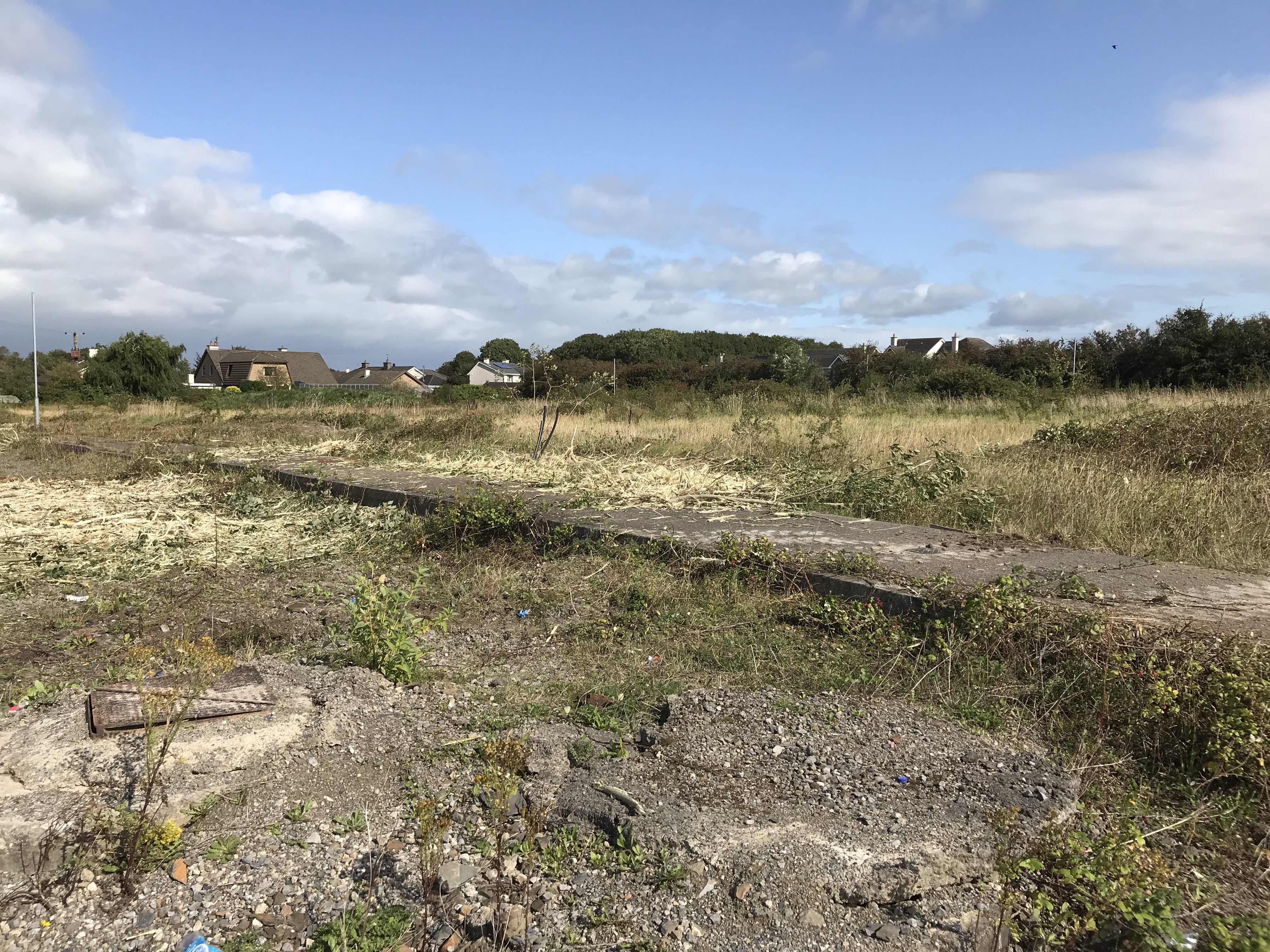 Work began on our new grounds in Streame during the week and everyone in the club are really excited about the ten-acre development and which we will have access to through Grey’s Lane at the scoreboard end of the inside pitch in MacDonagh Park.

With our juvenile and camogie sections growing exponentially in recent years the demands on our two playing fields has grown to an unsustainable level and the new grounds are a much needed acquisition to meet the modern-day demands of the club.

This work will lead to a development of one playing pitch and leave enough room for other developments which have yet to be decided upon.

This weeks jackpot was not won.