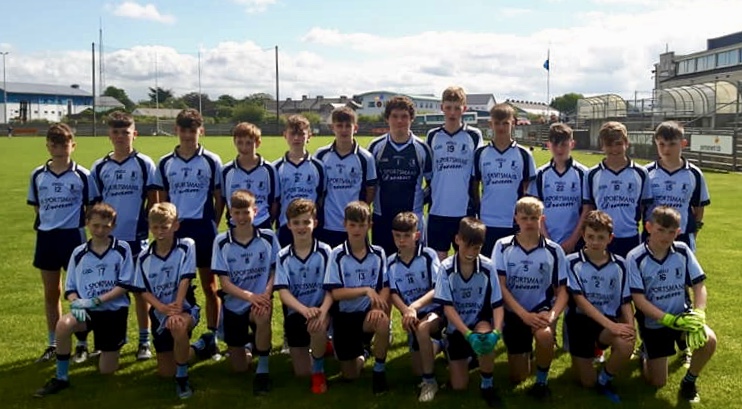 Our under-14s have a ball in Mayo, the seniors gear up for the county league semi-final while Jake and Barry feature in the Munster final. All this and more in this week’s news on the Blues 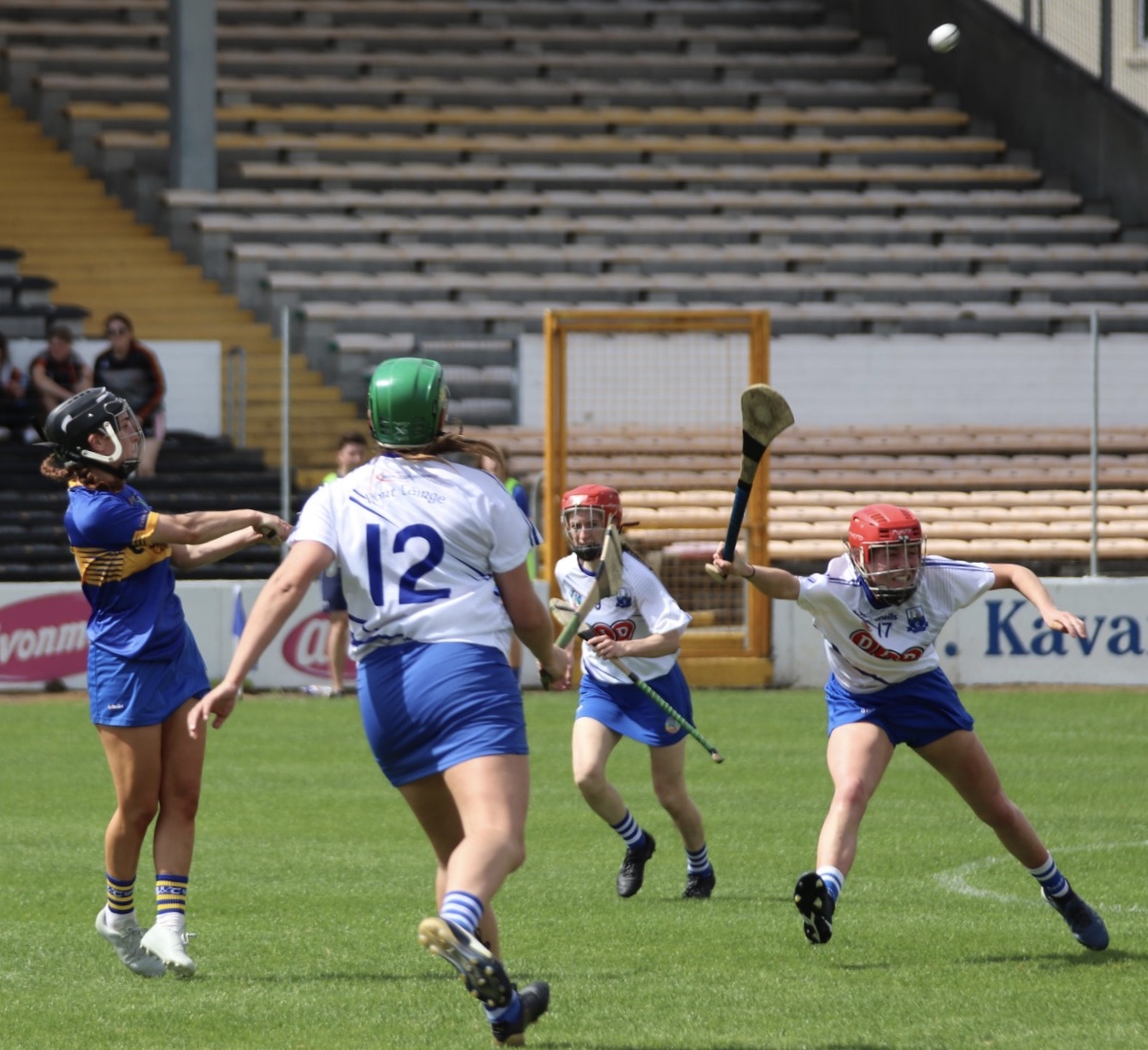 Grace O’Brien in action against Waterford

Commiserations go to Jake Morris, Barry Heffernan and the Tipperary senior hurlers who were defeated by Limerick in the Munster final on Sunday in the Gaelic Grounds. Jake scored a point in the final while Barry was introduced as a second-half substitute. The panel must now focus on the All-Ireland quarter-final.

Congratulations to Jake Morris and Conor McCarthy who were both named on the Tipperary under-20 panel for the upcoming season. Tipperary play Waterford in Semple Stadium in the Munster semi-final on July 9th at 19:30.

Grace O’Brien started for the Tipperary seniors as they overcame Waterford in the Liberty Insurance All-Ireland championship on Saturday in Nowlan Park, 4-11 to 2-14. Well done Grace.

Congratulations to Richie Flannery who coached the Limerick minor hurlers to the Munster title on Sunday. We wish them well in their quest for All-Ireland glory. 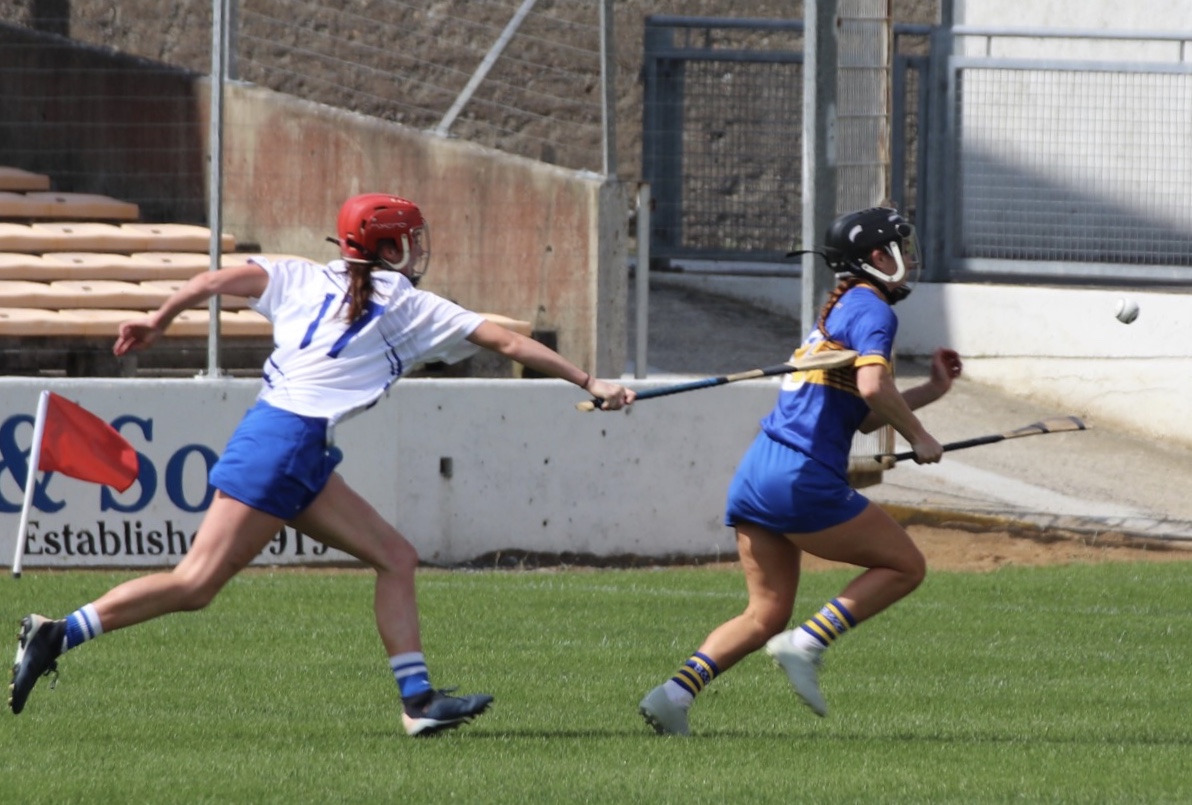 Grace on the attack against Waterford 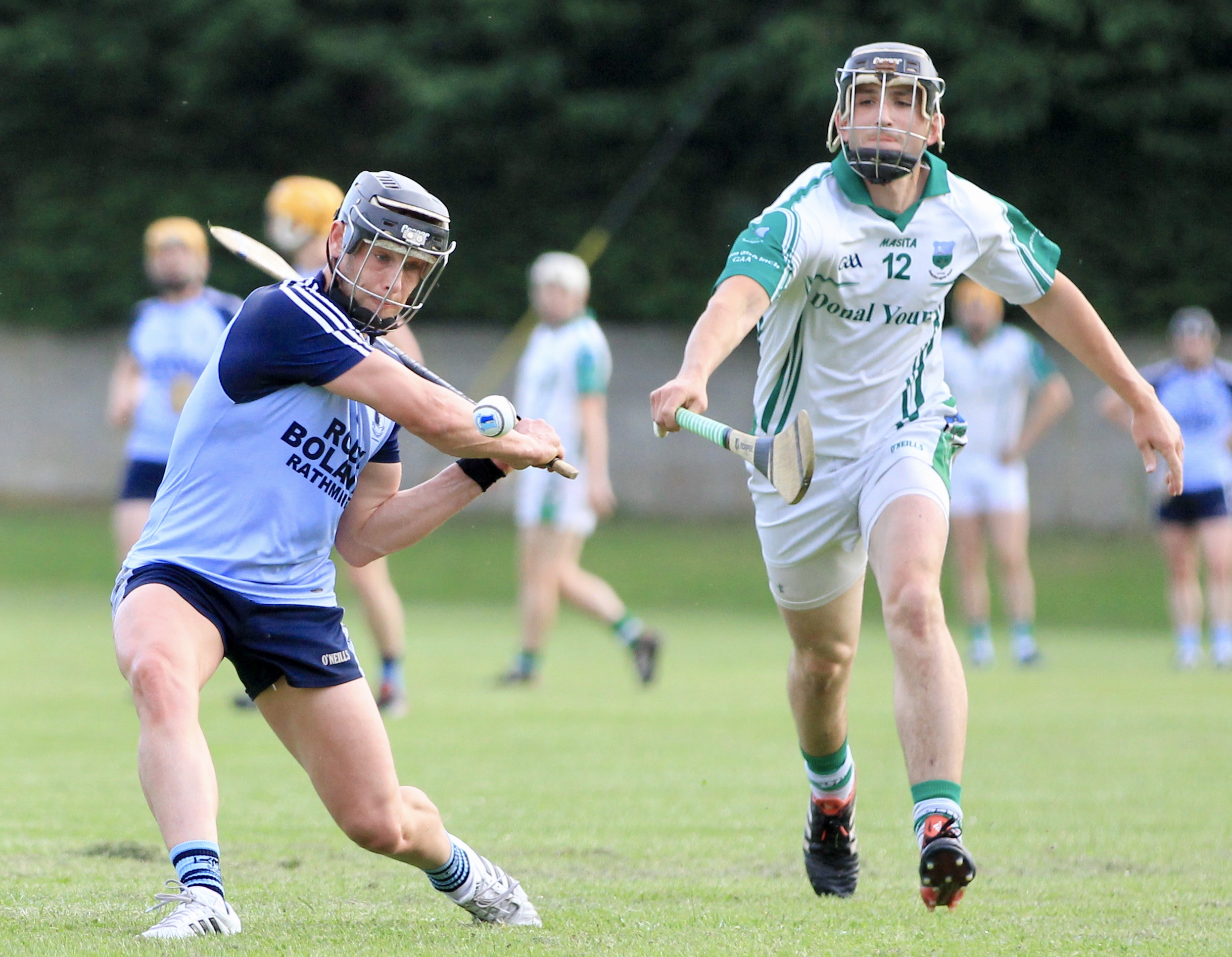 Best of luck to our senior hurlers who play Drom & Inch in the Tipperary Water county hurling league semi-final on Friday, 5 July, at 8pm in The Ragg.

Our junior-A hurlers defeated Knockshegowna on Friday evening in Shallee 1-14 to 1-11 in the championship. 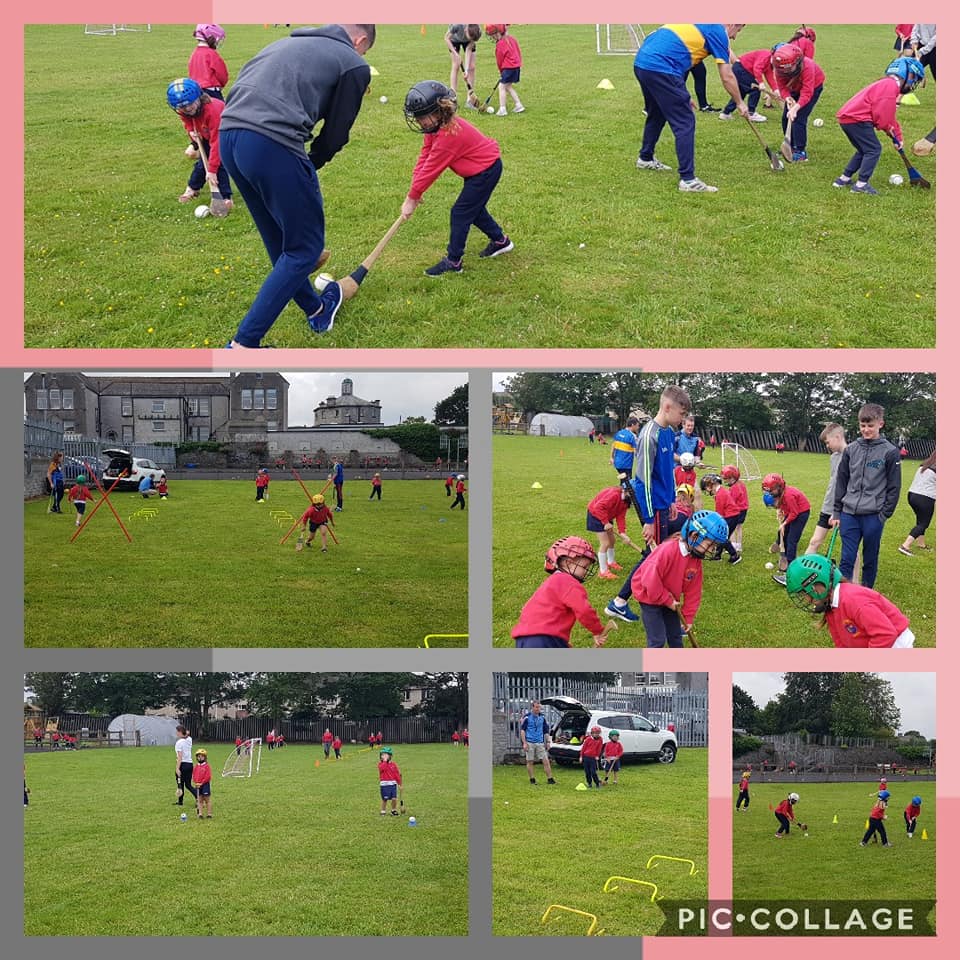 On Monday 24th June coaches from the club visited St. Mary’s Convent Primary School where they gave taster camogie sessions to all the students from junior infants up to second class. For many of the girls it was their first times playing camogie and they really enjoyed the experience. As a special treat the girls got their photograph taken with Tipperary star Grace O’Brien before enjoying a well-deserved ice-cream afterwards. Thanks to coaches Niall Cahill, Holly O’Brien, Caoimhe Connolly, Zoey Gratton, Cian Connolly, Enda O’Sullivan, Conor Tierney, Grace O’Brien, Seán McNamara and Sam O’Farrell.

If any of the girls would like to play camogie with the club please contact us through any of our social media channels. 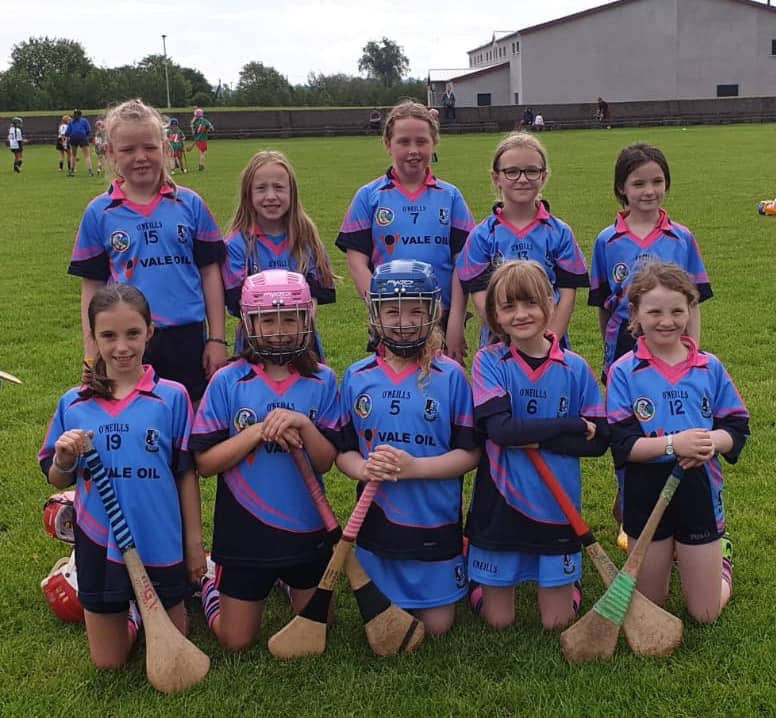 Our under-10 camogie players traveled to Borrisoleigh on Saturday for a county blitz. Two teams from Nenagh played some some great camogie in very warm conditions. Thanks to all of the parents for making the trip and well done to all of the girls, especially Lucy Anne and Aishling – the dynamic duo from the under-8s who were in the middle of everything for Nenagh Éire Óg! 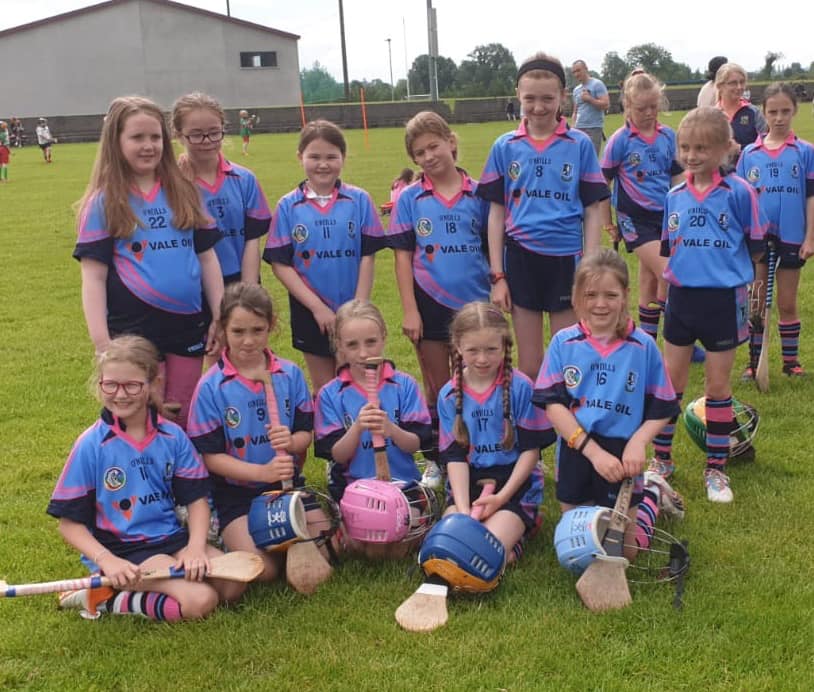 Our under-14 footballers travelled to Ballina in Co. Mayo this weekend for the annual John West Féile Peile na nÓg where we were hosted by Ballina Stephenites and the welcome could not have been any warmer. From the moment we arrived to our departure we could not have been treated any better.

The results did not go our way over the weekend with defeats to Knockmore, Domhnach Mór Naoimh Pádraig, Ballina Stephenites and Eirn’s Isle but despite that everyone had a wonderful time and all the players represented the club and county impeccably and were an absolute credit. 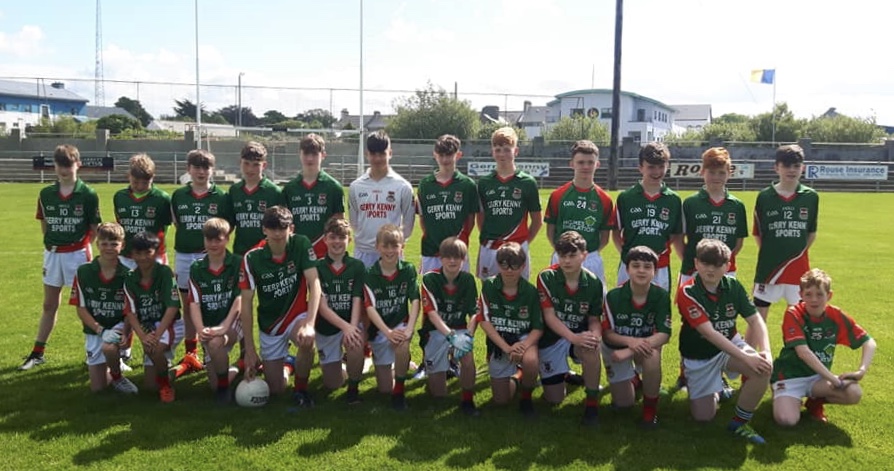 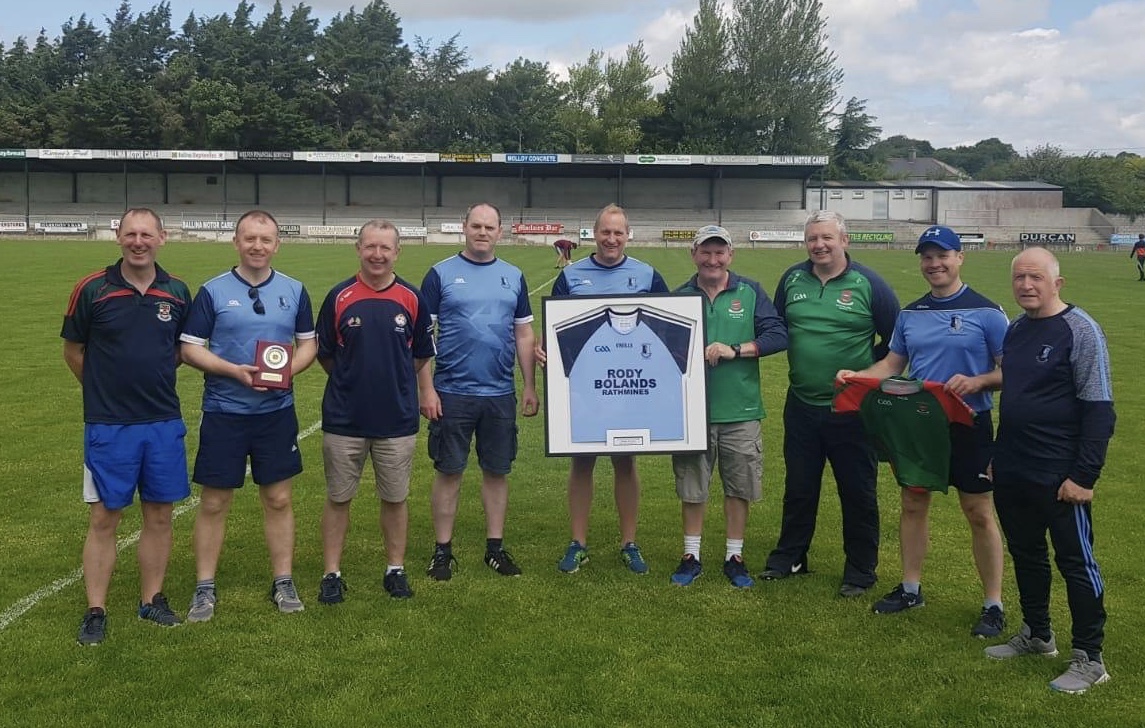 Mentors from both clubs make presentations to each other

The club would like to extend its sympathies to the family and friends of the late Patricia (Patty) Grace from Rathnaleen, Nenagh. Her sons Barry and Brian played juvenile with the club with her other son Michael was a member of the successful 1995 county senior hurling championship panel. Barry is also a juvenile coach with the club while her grandchildren Lauren and Jamie play for Nenagh.

She is reposing at her home this Monday from 4 o’c to 8 o’c. Funeral arriving to St. Marys of the Rosary Church, Nenagh, on Tuesday for Requiem Mass at 12 o’c. Burial in Lisboney Old Graveyard. House private on Tuesday, please.

We also express our sympathies to the Sheedy family following the passing of Lelia Ryan during the week.

This weeks jackpot was not won.