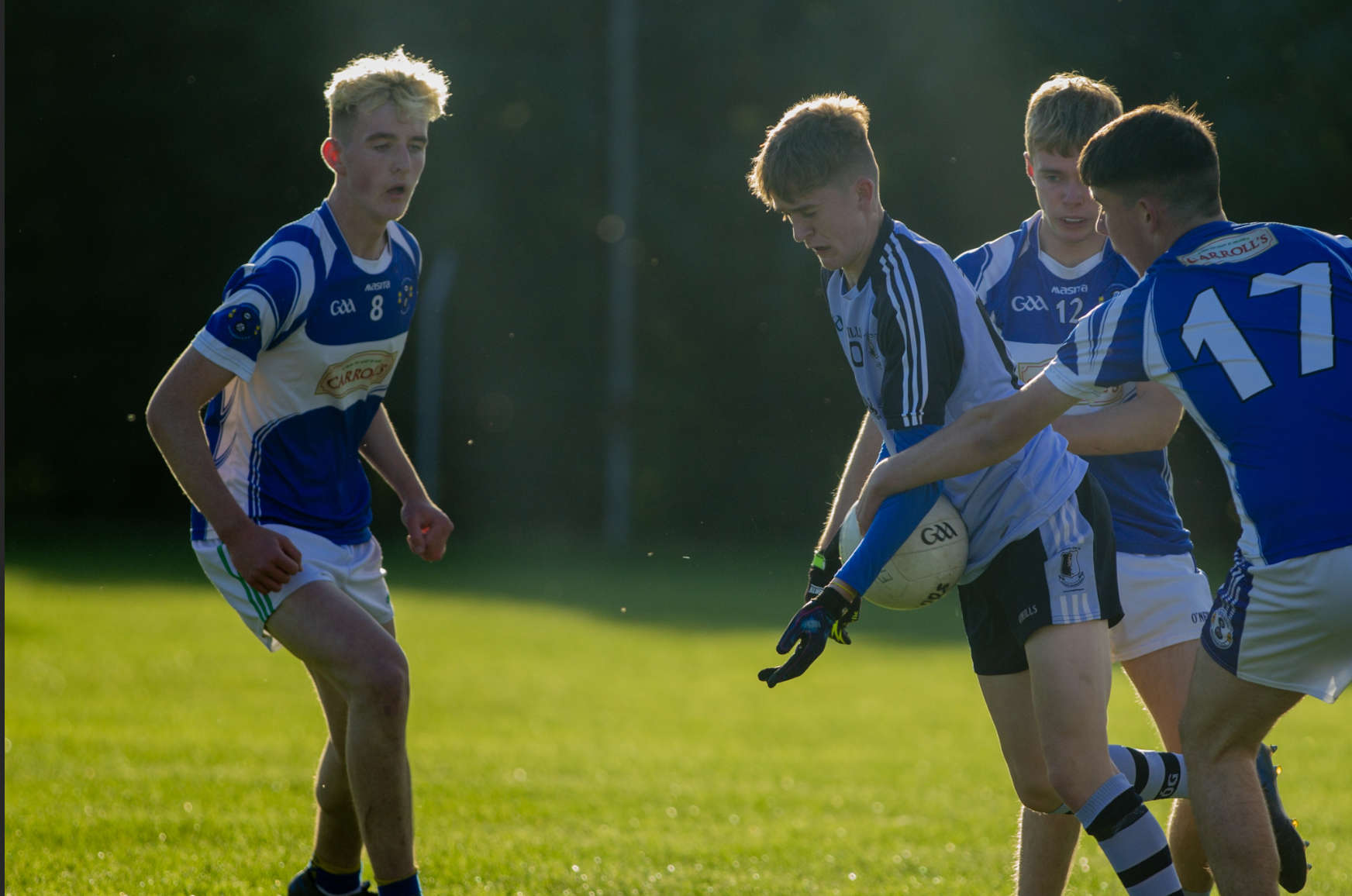 Our junior-As prepare for the North championship final, heartbreak for the under-12 camógs in their county final while the minor footballers qualify for the North final. All this and more in this week’s news on the Blues 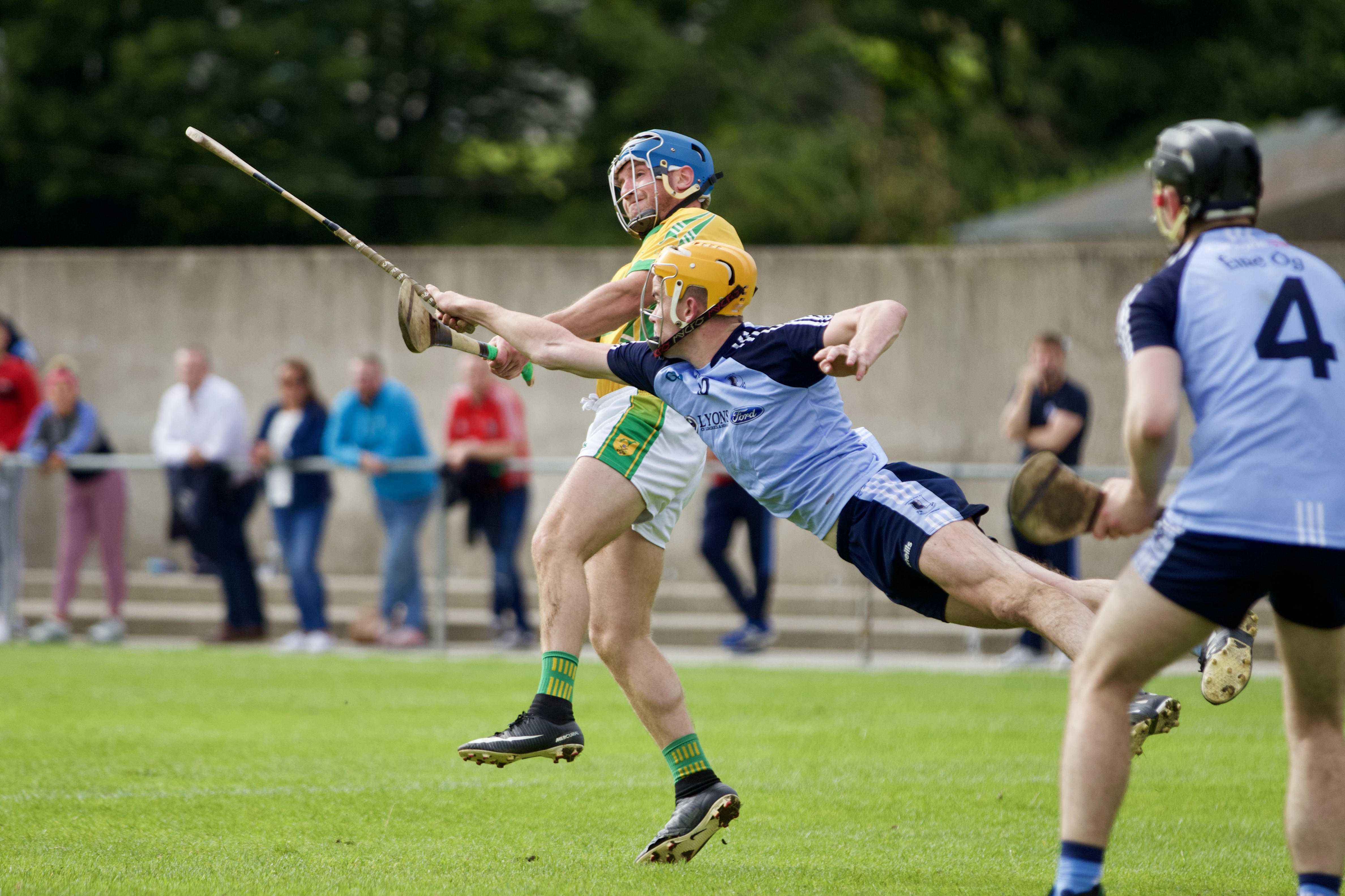 Conor Hennessy, mid-air, tries to get the block in, in last year’s North junior-A final against Toomevara

We wish our junior-A hurlers the very best of luck as the play Toomevara in the North final this weekend. The two sides played out a cracking game in the decider last year with the Greyhounds prevailing after extra time. Please check the fixtures section of our website for the details of this game when they become available. 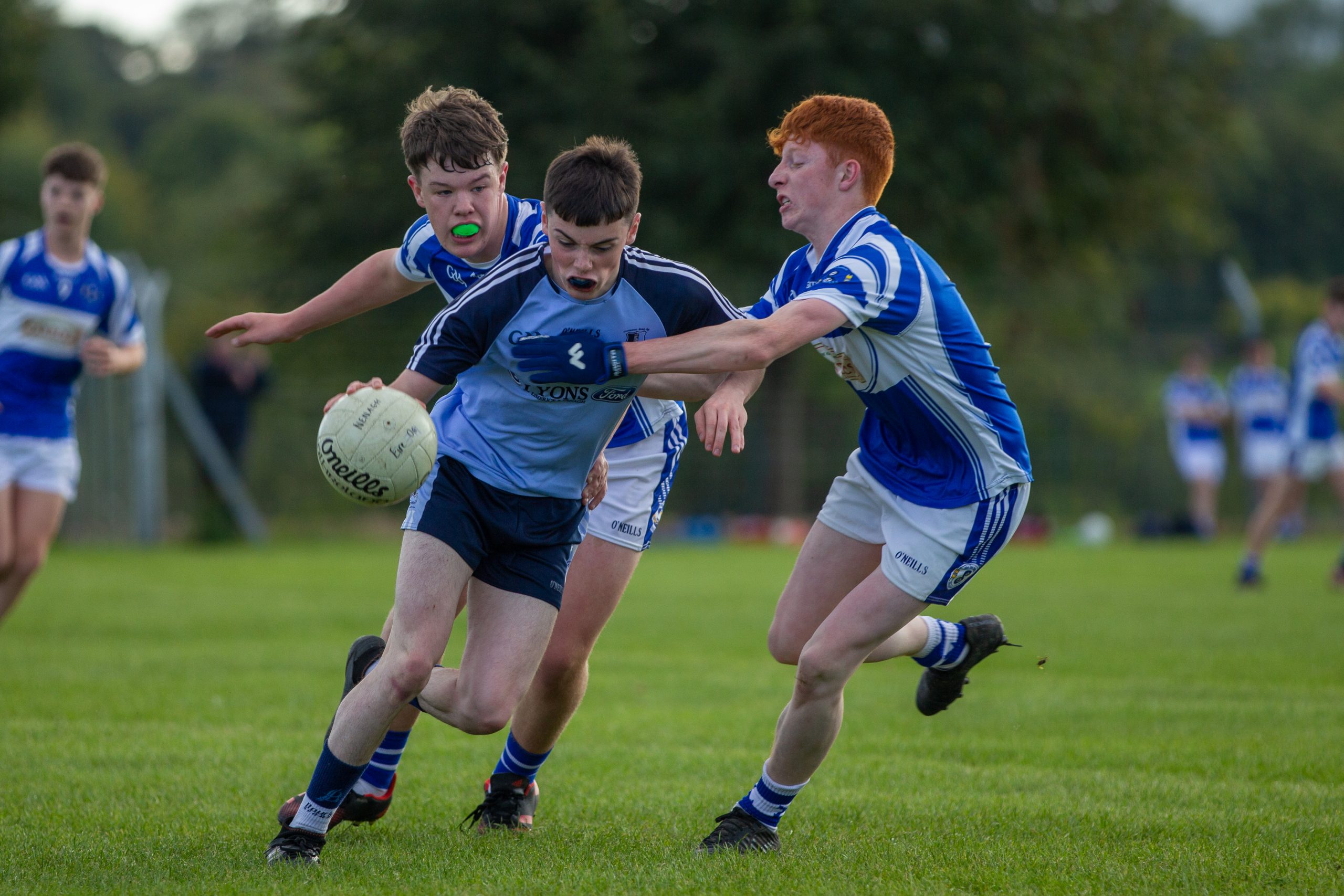 Leon Kennedy on the attack against Silvermines on Saturday

Our minor footballers qualified for the North minor-B final on Saturday evening last following a 7-15 to 0-4 win over Silvermines in Toomevara with Josh Keller (1), Seán McNamara (1), Cian Galvin (1) and Ben West (4) getting the all-important goals. The vast improvement in performance is evident in each game with the lads training hard under the watchful eyes of Paul Ryan, Shane Connolly and Kevin Mulryan. 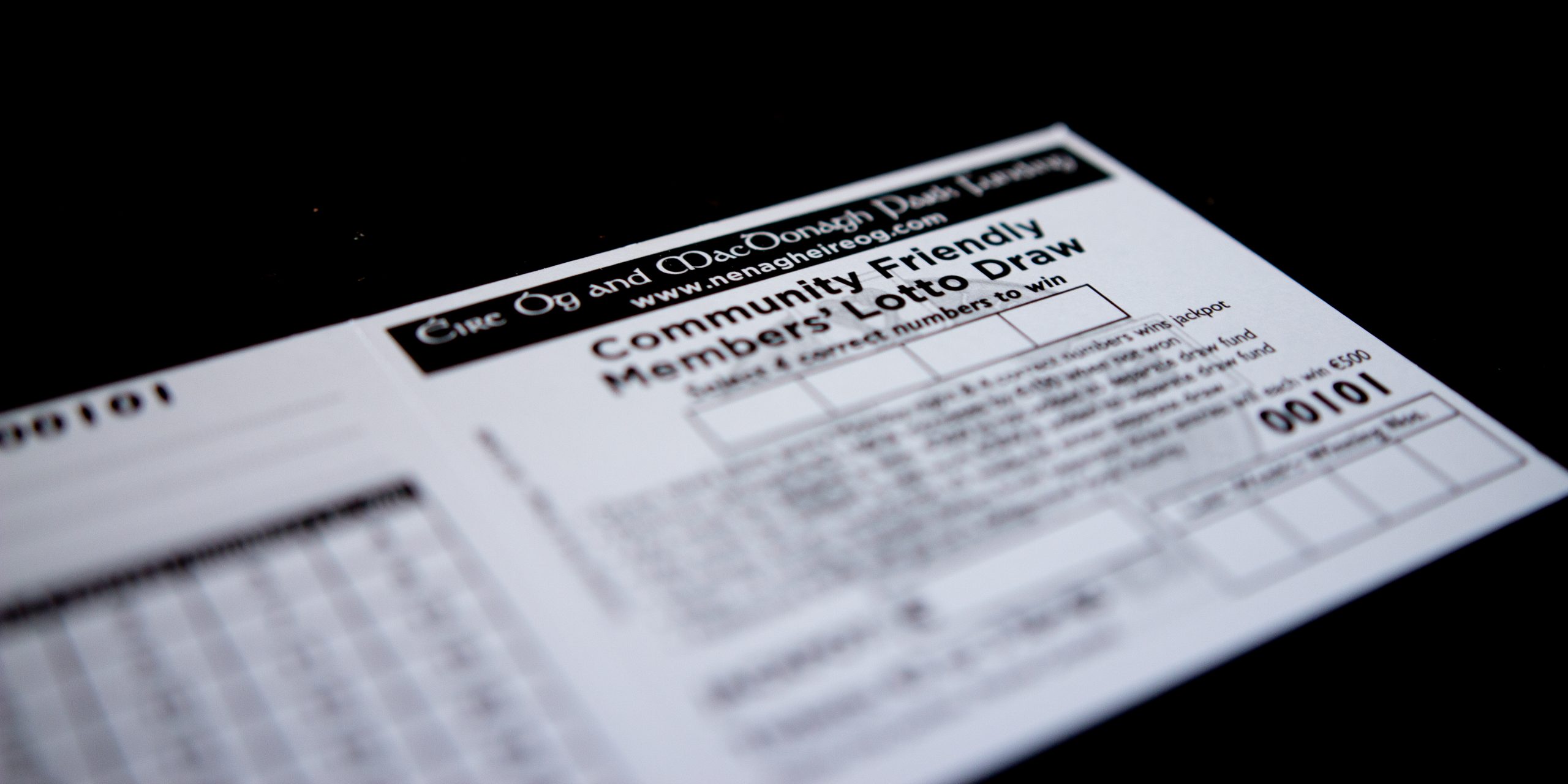 This week’s lotto jackpot was not won. The ten supplementary draw entrants are:

Thanks to everyone who supports Nenagh Éire Óg through the club Lotto. Your €2 a week keeps us all going. To join, click on the following link.
https://play.clubforce.com/play_newa.asp?ll_id=292#Anchor
Next week’s Jackpot is €3,400. It could be you! Cian Ryan clarifies with referee Peter Carroll a rule in Gaelic football at half-time of the minor football game against Silvermines. The previous evening at a blitz in Thurles Cian was harshly adjudged to have fouled his opponent by referee Niall Cahill. Peter confirmed to Cian that it was definitely no free and he would have waved play on.

Under six training continues every Saturday morning from ten o’clock to eleven. New faces are always welcome to join, please contact one of the management group in advance via the club’s social media sites if you would like to join so that we can direct you to the relevant Covid protocols and registration process to ensure safe training for your child.

Our Under eight boys traveled to Thurles to play Durlas Óg on Saturday morning in the beautiful Autumn sunshine. We saw some superb hurling from the boys during their three games. It is wonderful to see how much the boys have developed their skills and performances since we returned to play this year. Everyone involved with this brilliant group of boys should be immensely proud of the progress made this season. Keep up the practicing boys, you were all excellent again this week against Durlas Óg. This coming week we will have football as the midweek session in preparation for our upcoming football match next Saturday morning, please keep an eye on the group text for updates. Hurling training will continue each Saturday morning from ten o’clock to eleven unless we have a game. New members (boys born in 2012 or 2013) are always welcome. 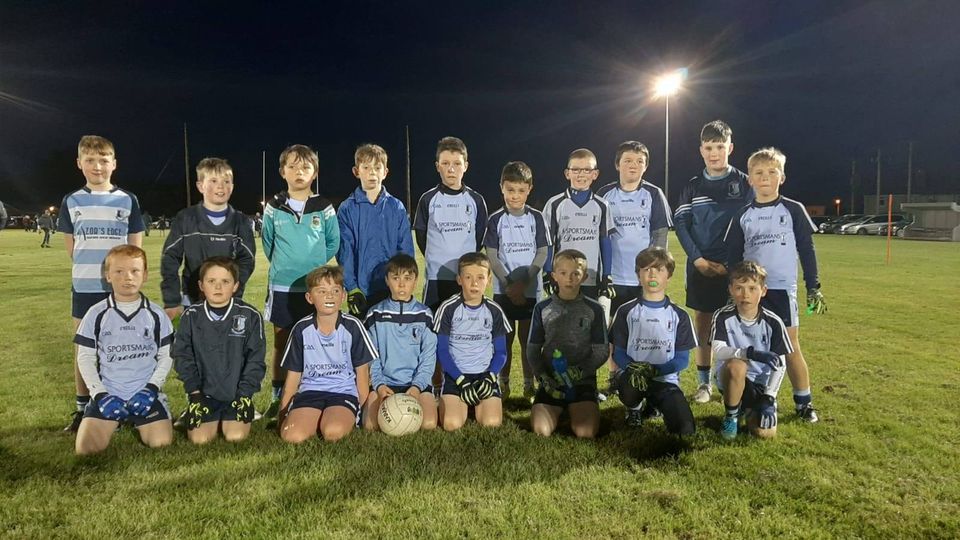 Under-10 footballers who played a blitz in Thurles recently

New players are always welcome (boys born in 2010 or 2011), it’s not too late to come along and try out hurling or football for the year. Please note our new training structure for the coming weeks, Tuesday evening training at the slightly earlier time of 5.30 due to the evenings drawing in, this will be an all hurling session. Hurling training on Saturday mornings from ten o’clock to eleven unless we have a game.

On Friday evening last the Under ten boys traveled to Dr. Morris Park to participate in a county football blitz. Two teams represented the club and played really well. Their skill levels have improved hugely throughout the year. The boys played Moycarkey, JK Brackens, Seán Treacys, Ballina and Moyne. Great fun was had. We have another football blitz in two weeks’ time. We are also playing hurling against Kilruane next weekend. Keep up the practicing at home boys between matches and training.

The under fourteen boys rounded off their hurling season with a good win over Burgess in the Presidents Cup last Sunday. Many thanks to Burgess for coming in to play the game and a huge thanks to our presidents who were there on the evening to present the trophy. Also great credit to our officers for their help in organising the game in particular our secretary Catherine McTiernan. Well done to the panel of players and their families for their great efforts during the year we saw great strides made by all the players. Attention now turns to football and training has begun ahead of the championship.

Continued good luck to all Nenagh Éire Óg groups in this week’s matches.

Thank you to all those who have already signed up online to the new Nenagh Éire Óg club lotto. Please visit www.nenagheireog.com for anyone else who wishes to join. 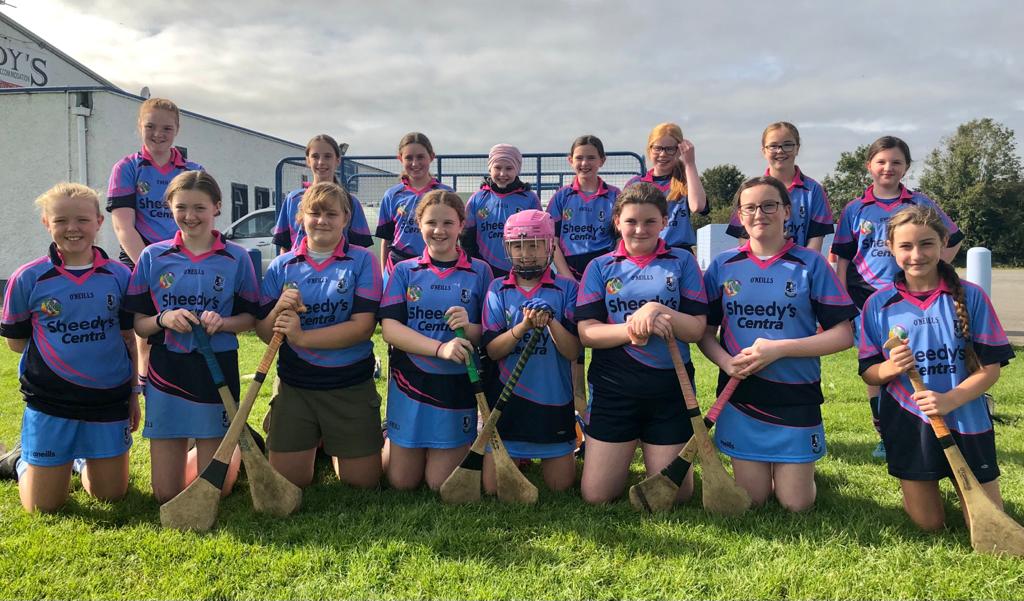 
Under-14 training will continue Thursday evenings 6:00 – 7:00 and a number of league matches are due to be played in the coming weeks.


After their superb win against Roscrea in the semi-final, Nenagh 1 team traveled to Ballycahill on Sunday afternoon to play Cahir in the county final.

Unfortunately, it wasn’t to be our day as we came up against a very strong Cahir team.

While the result wasn’t what we had hoped, we had a fantastic lift before the game as our co-captain Grainne Beatty came to Eire Og to wish us well. She donned the blue jersey and even picked which way we were to play if we won the toss! It was great to see Grainne again and her fighting tendencies certainly inspired her teammates on the day.

After a nervy first quarter, our girls settled well but could not find the scoresheet. It was a case of both sets of backs being on top and we went in at half time 0-1 to 0-0 down.

Two goals conceded just after half time caused the Nenagh heads to drop and Cahir pulled away to win well. The Nenagh girls left nothing behind and fought to the bitter end. With the majority of these girls still under 12 again next year, the future is very bright.

The coaches would like to thank all the Nenagh 1 girls for their commitment all year and to all the parents for their support at all the games. It has been a strange year in so many ways but camogie has been a great outlet. We wish the girls moving on to under-14s all the best and thank them for all their great play over the past couple of years.

Next Sunday our great little warriors on Nenagh 2 play Burgess 2 at the Ragg in their Shield Final. We will have training on Monday and Thursday 6-7pm to prepare.


The under-10 girls play Kilruane MacDonaghs on Monday evening at 6.00 at home. Training continues Thursday evening as usual at 6.00.


Training continues this week on Thursday from 6-7pm. 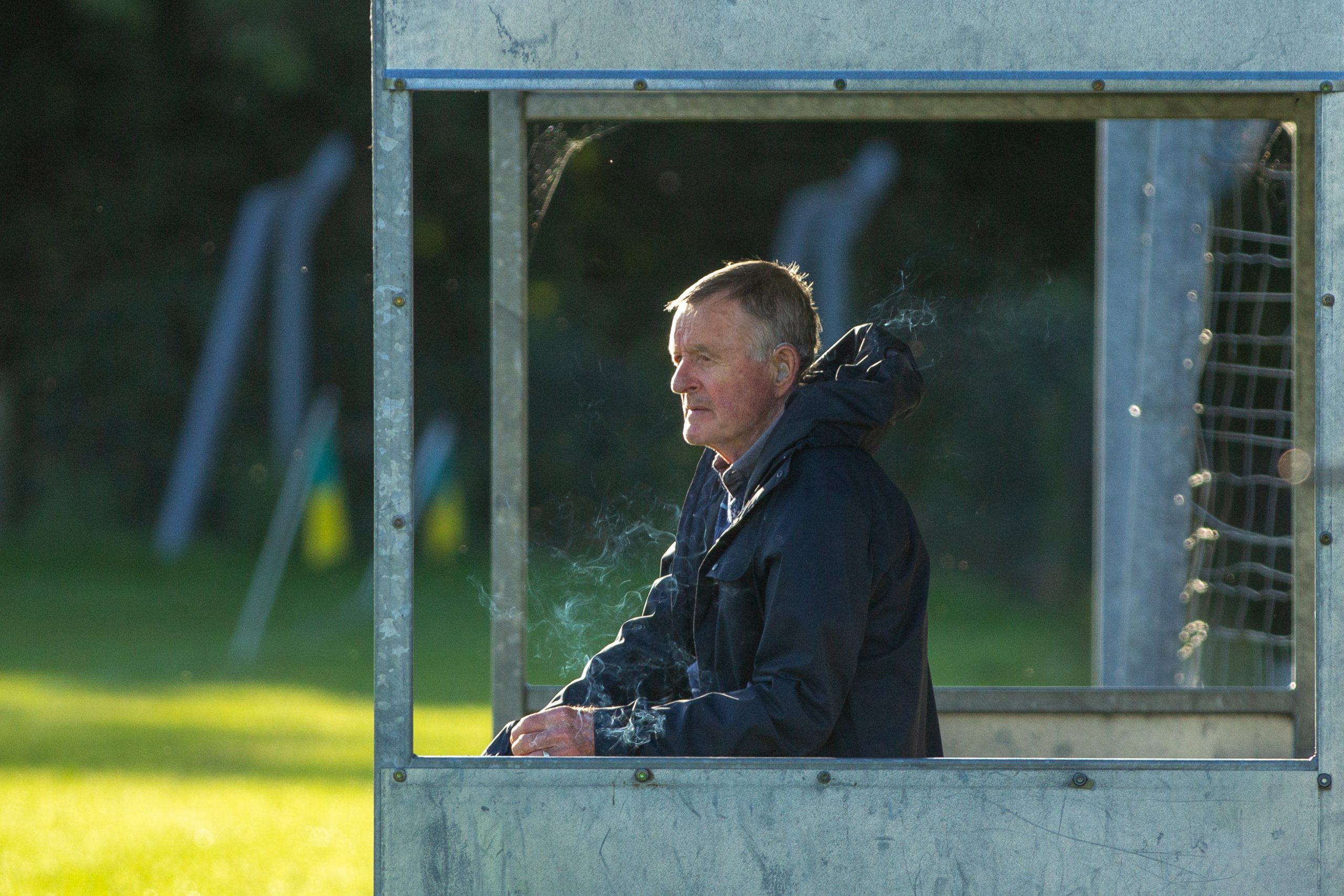 Club stalwart, Patsy Bonar, one of the main architects behind our huge success in Gaelic football in the 1980s and 1990s, enjoys the game against Silvermines on Saturday evening in Toomevara.