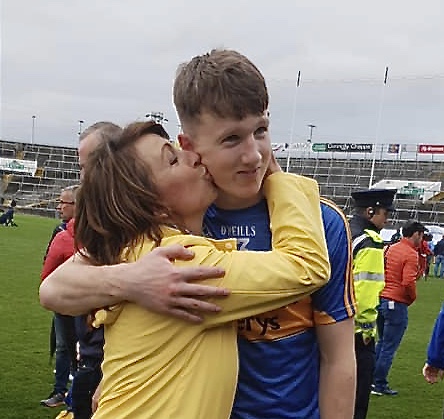 Jake Morris and Shane Hennessy capture an All-Ireland under-21 medal, handball heroes return home, the senior camogs defeat Borris-Ileigh and much much more. Once again this week’s notes are bursting at the seams with news on the Blues 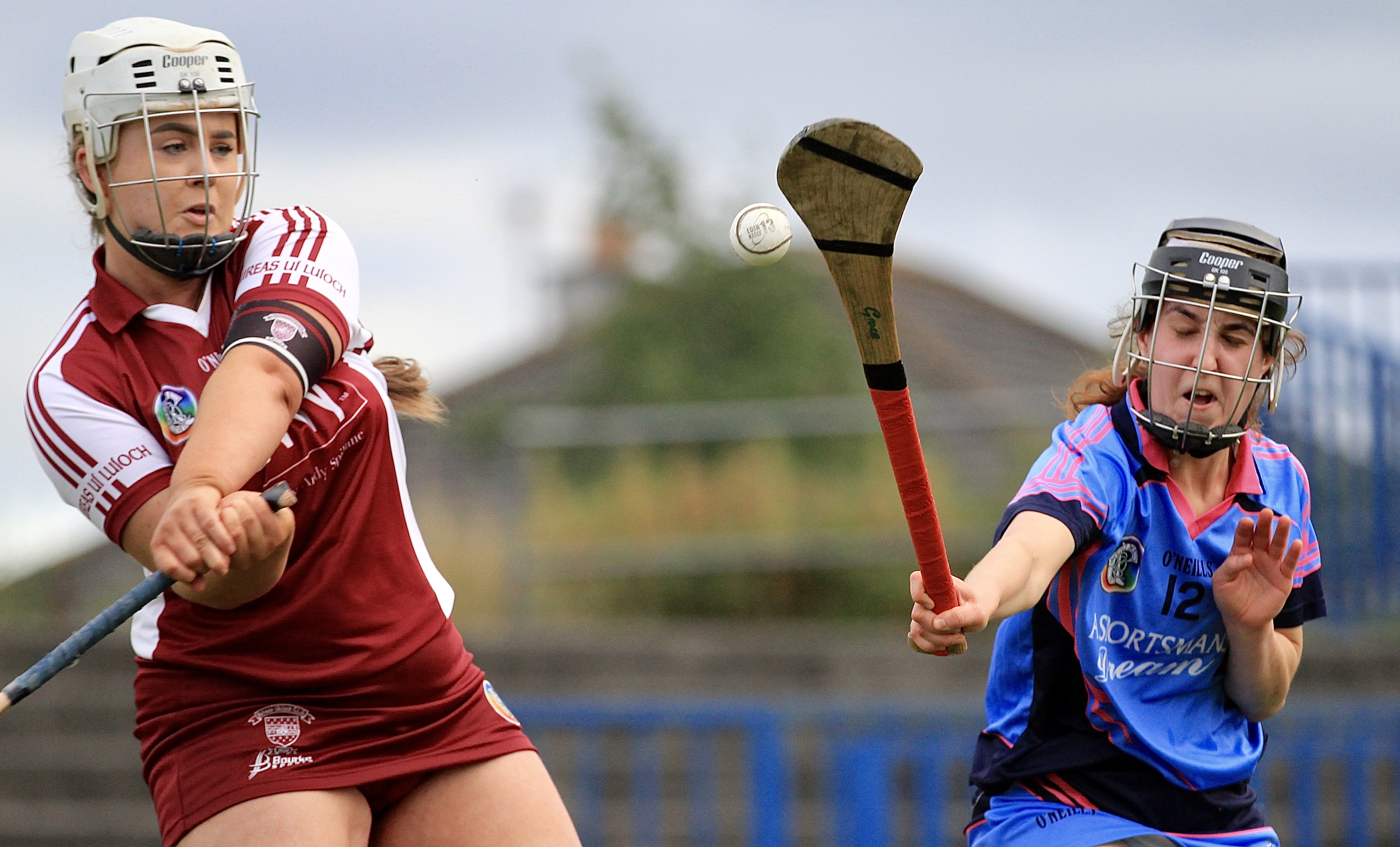 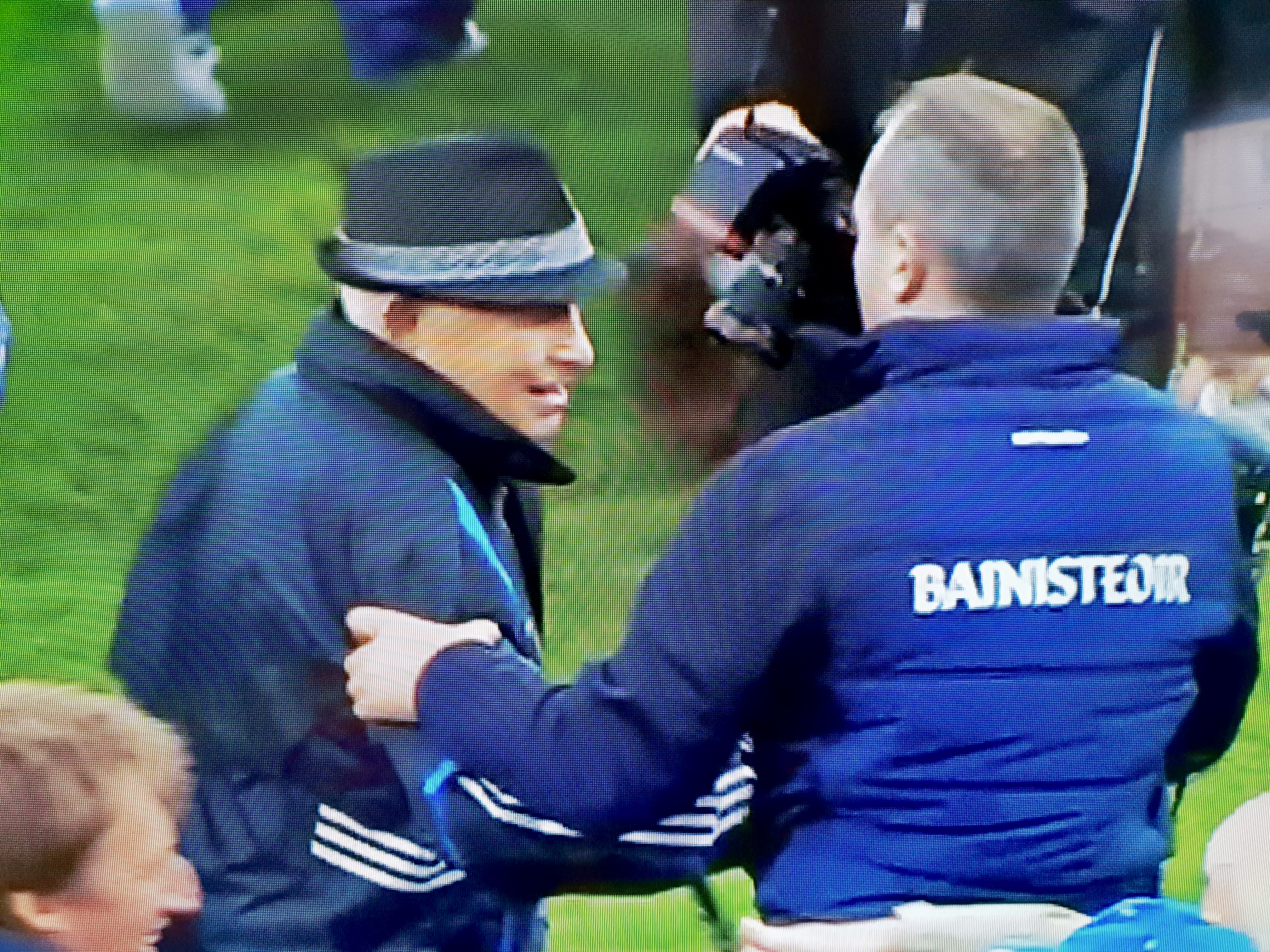 First on the pitch to congratulate manager Liam Cahill is the proudest grandfather in Ireland, Jimmy Morris

Congratulations to Jake Morris, Shane Hennessy and the Tipperary under-21 team who rose from the dead following their Munster final defeat to Cork to win the big one against The Rebels and snatch a dramatic late winning goal through super sub Conor Stakaelum four minutes into injury time in Sunday’s Bord Gais Energy All-Ireland under-21 final in The Gaelic Grounds, Limerick.

Conor Stakelum with a dramatic late goal for Tipperary! pic.twitter.com/GuaZFxrPiz

Of course Jake was his usual brilliant self crashing home a first-half penalty to send the Premier on their way and finished the game with 1-4 (3f) to his name. This was a historic final as it is the last ever to be played at under-21 level and with Tipperary winning the very first in 1964 it was appropriate that they won the last on Sunday. From next year onwards it will revert to under-20. Congratulations to all involved, the spirit of Knocknagow is alive and well.

That is one proud mammy! Denise shares a moment with Jake after the All-Ireland final 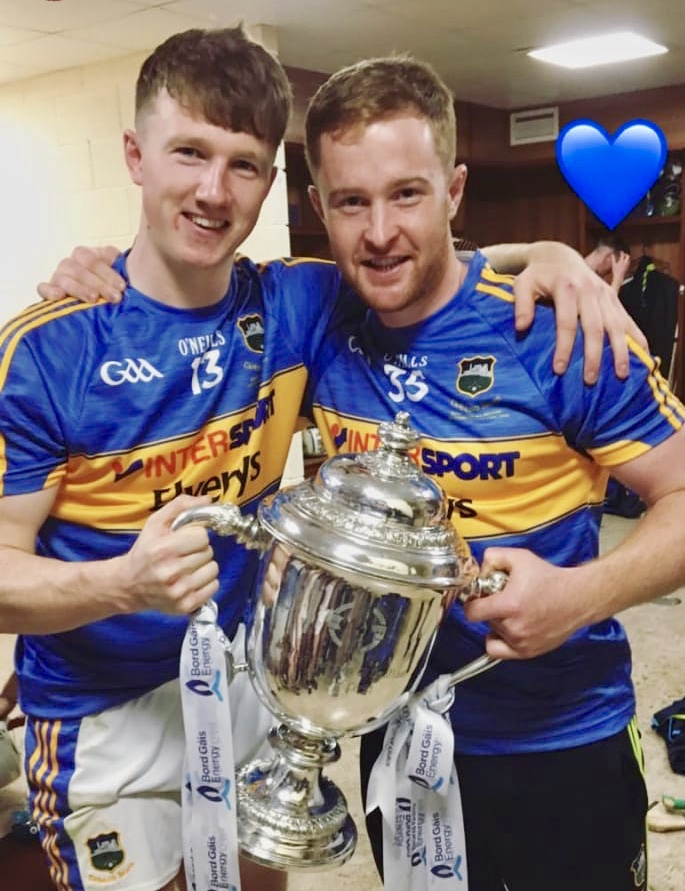 Jake and Shane, All-Ireland under-21 champions 2018 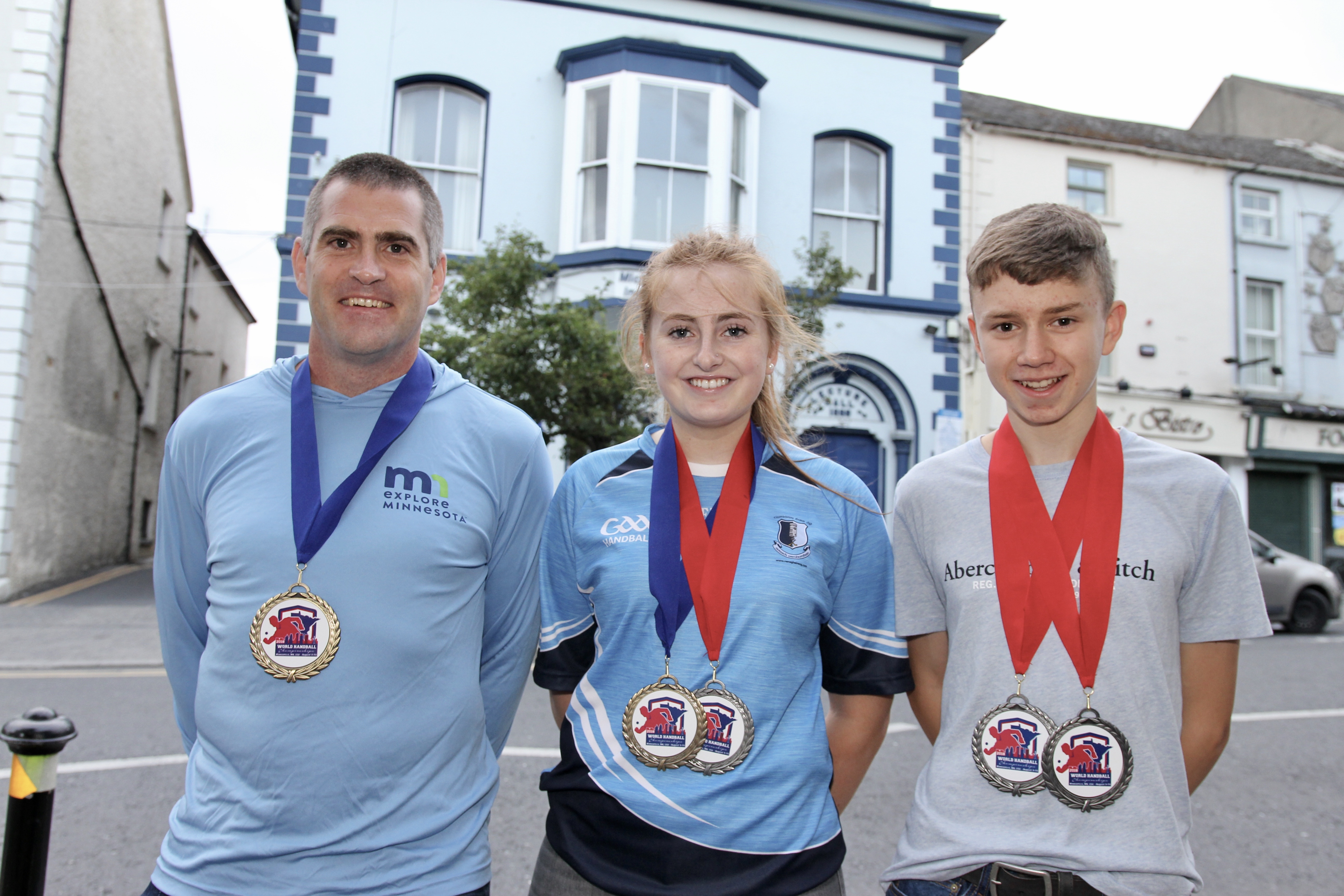 On Tuesday evening last The Hibernian Inn was packed to the rafters as family, friends and supporters gathered to welcome home the local handball heroes who captured numerous medals at the World Handball Championships in Minneapolis recently. Present were Brian O’ Brien (Silvermines) who coaches GAA and handball with our juveniles in MacDonagh Park. Also there was Sinead Meagher of Nenagh Handball Club who won a gold and silver medal as well as Rory Grace (Lahorna). Rory’s father Michael was a member of the Nenagh Éire Óg panel that won the Dan Breen Cup in 1995. Tipperary under-21 hurling star Jerome Cahill, who also won in Minneapolis was also there while Brian’s doubles partner John Kennedy unfortunately was unable to attend. We extend our congratulations to participants and winners. 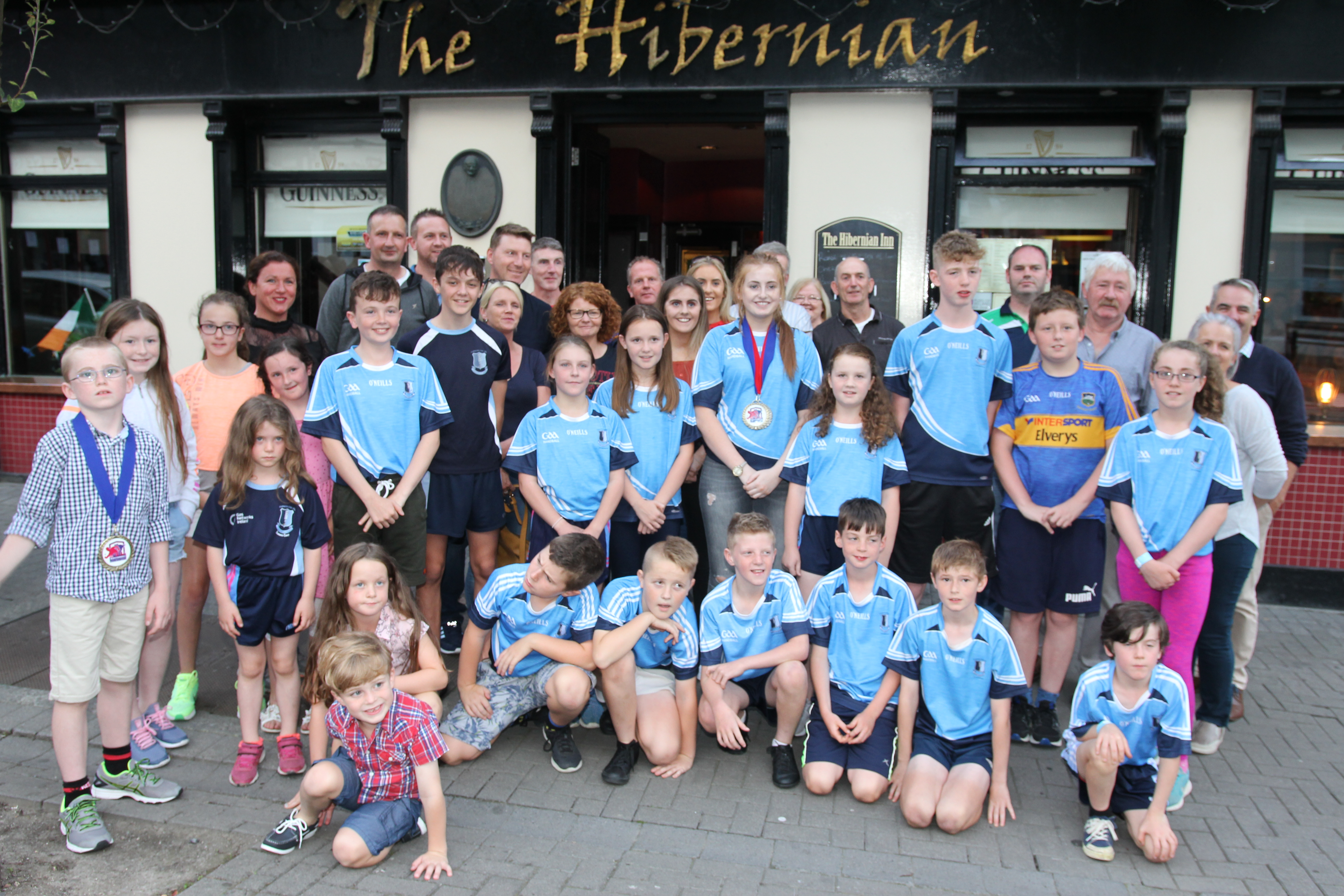 One special man who deserves huge credit is Eamon Spillane who helped revive handball in the club over ten years ago and his coaching efforts are really paying off with all of this success. If you would like to hear an interview with Sinead, Brian, Rory and Eamon with Fran Curry of Tipp FM please click here. 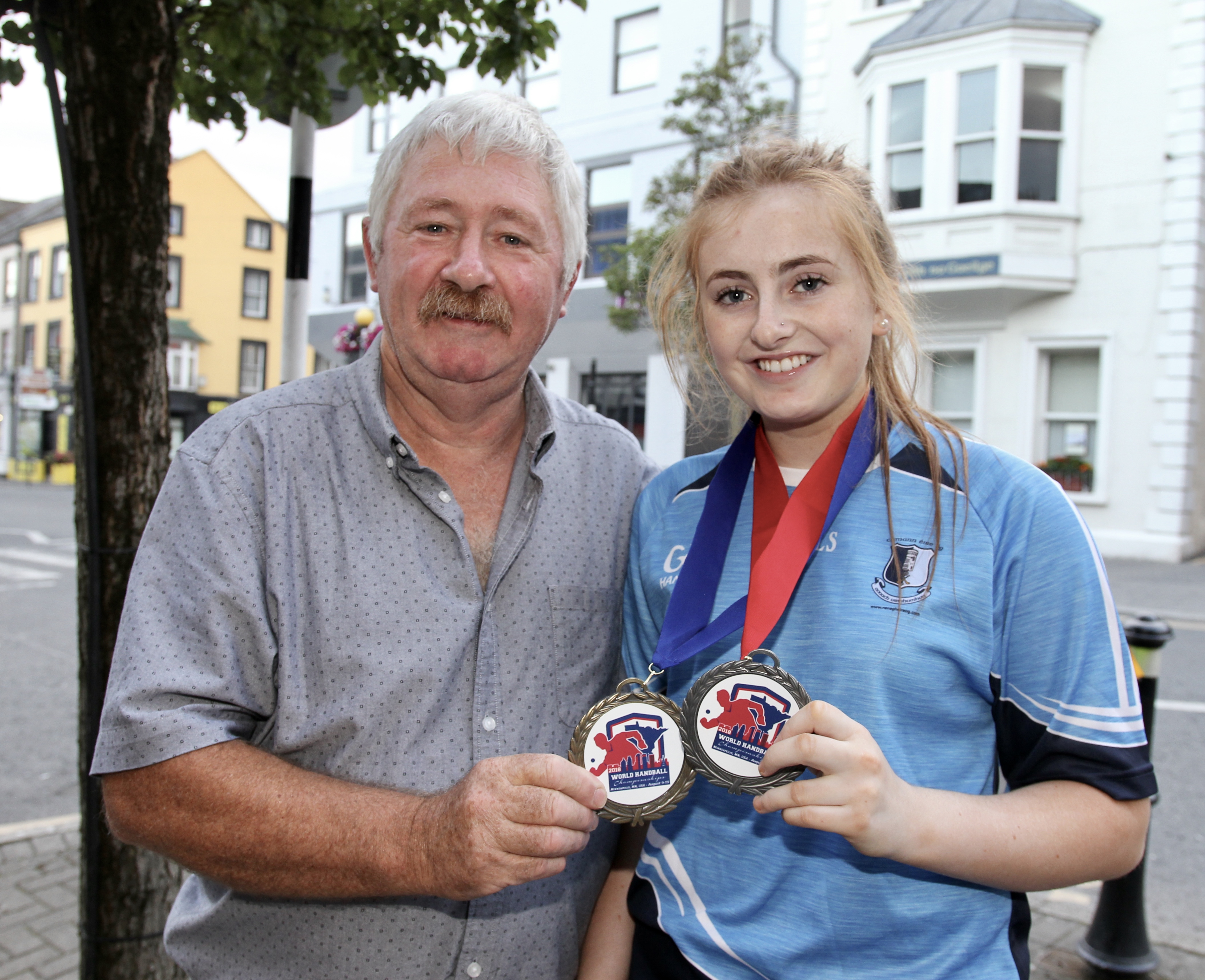 Sinead and her coach Eamon 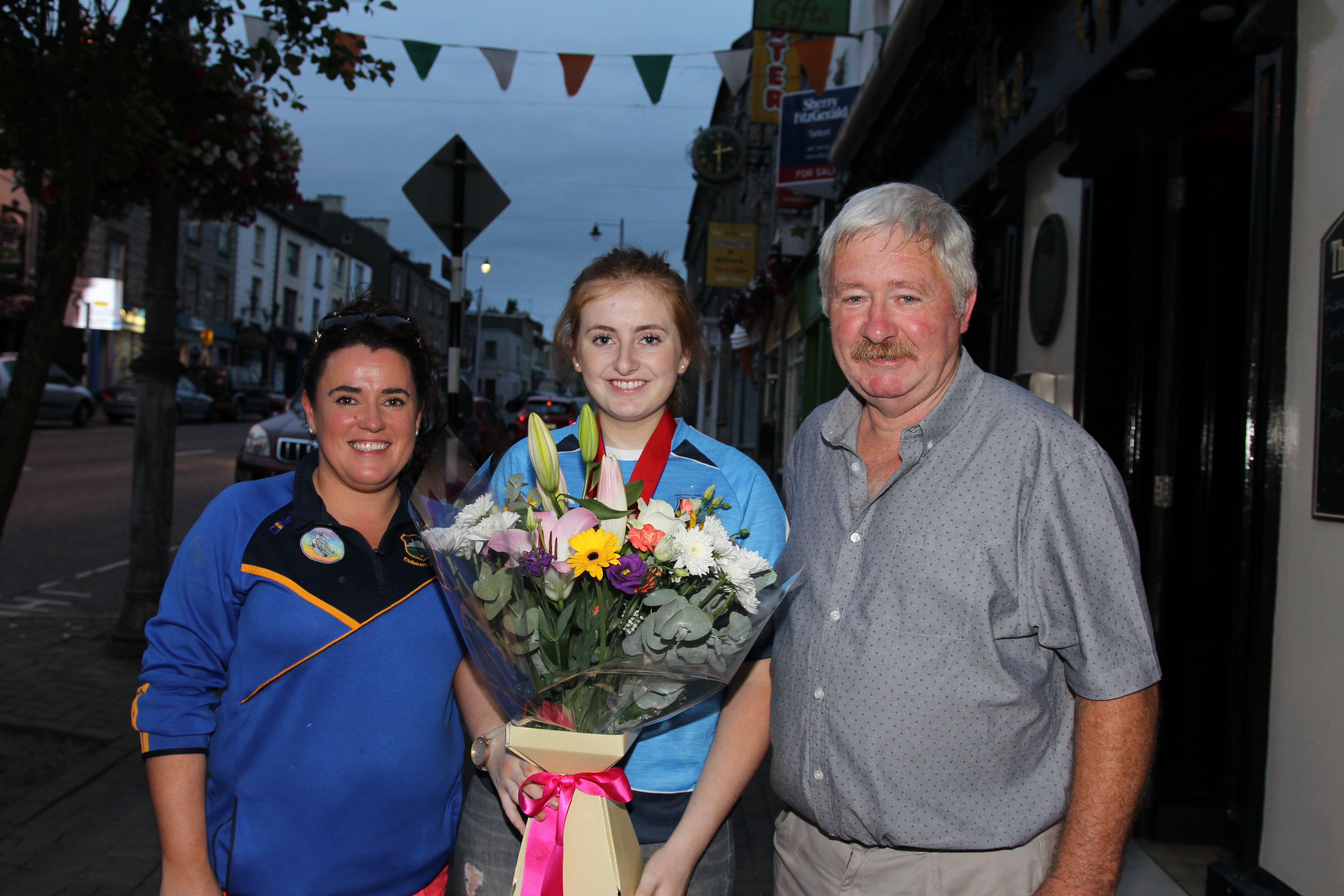 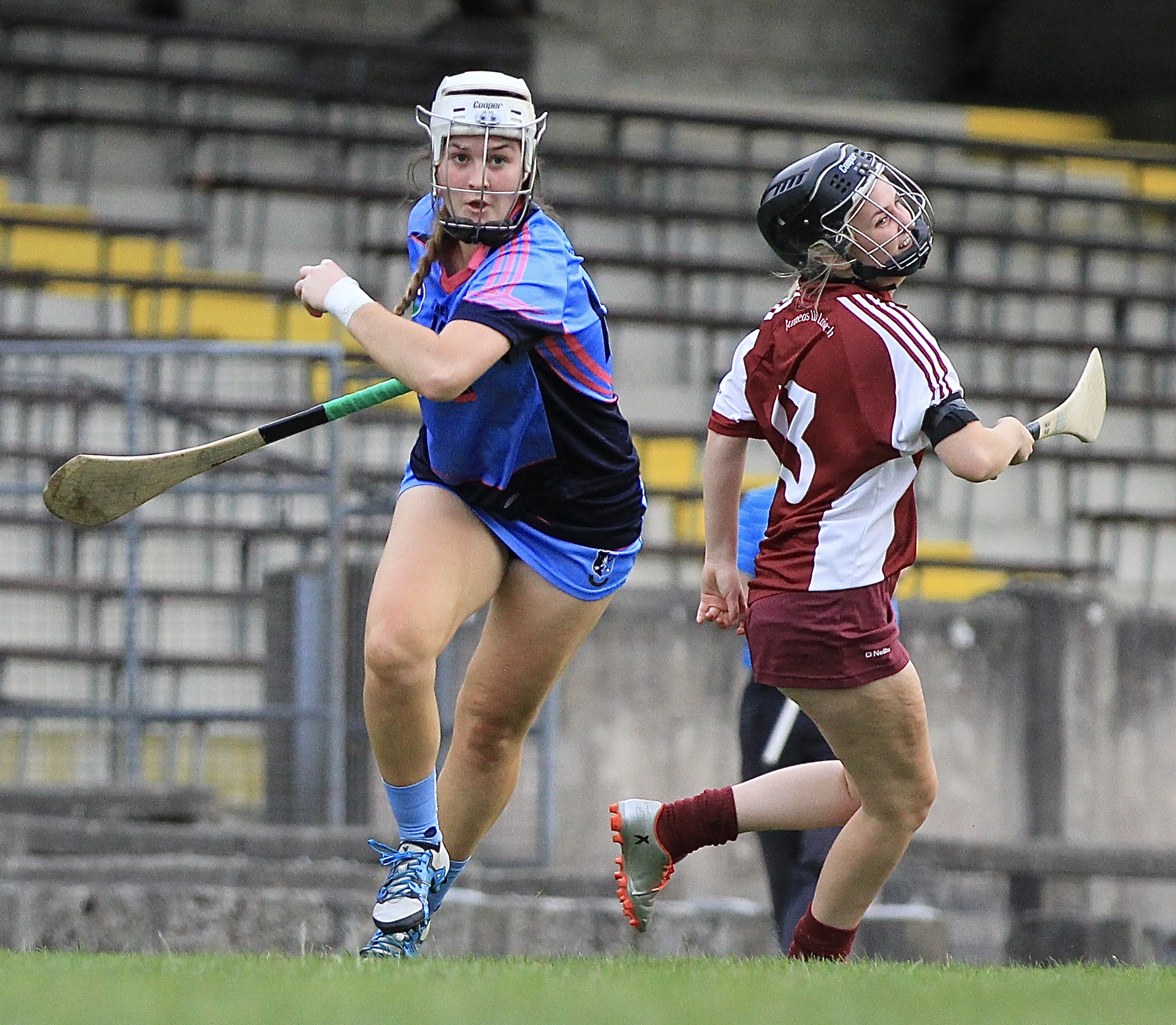 The senior camogie side opened their championship campaign on Tuesday evening in MacDonagh Park with a 3-15 to 0-12 win over Borris-Ileigh. The team started nervously and within eight minutes Borris-Ileigh had opened a 0-4 to 0-0 lead however the switch of Maeve Coffey out to the half-forward had instant benefits and before long Caroline Browne rattled home two goals. With Nenagh playing clever intelligent hurling they ran out deserved twelve point winners. Maeve herself was rewarded for her efforts with a well-taken goal in the second half. The team travel to Éire Óg Annacarty on Tuesday evening for their next game of the championship. 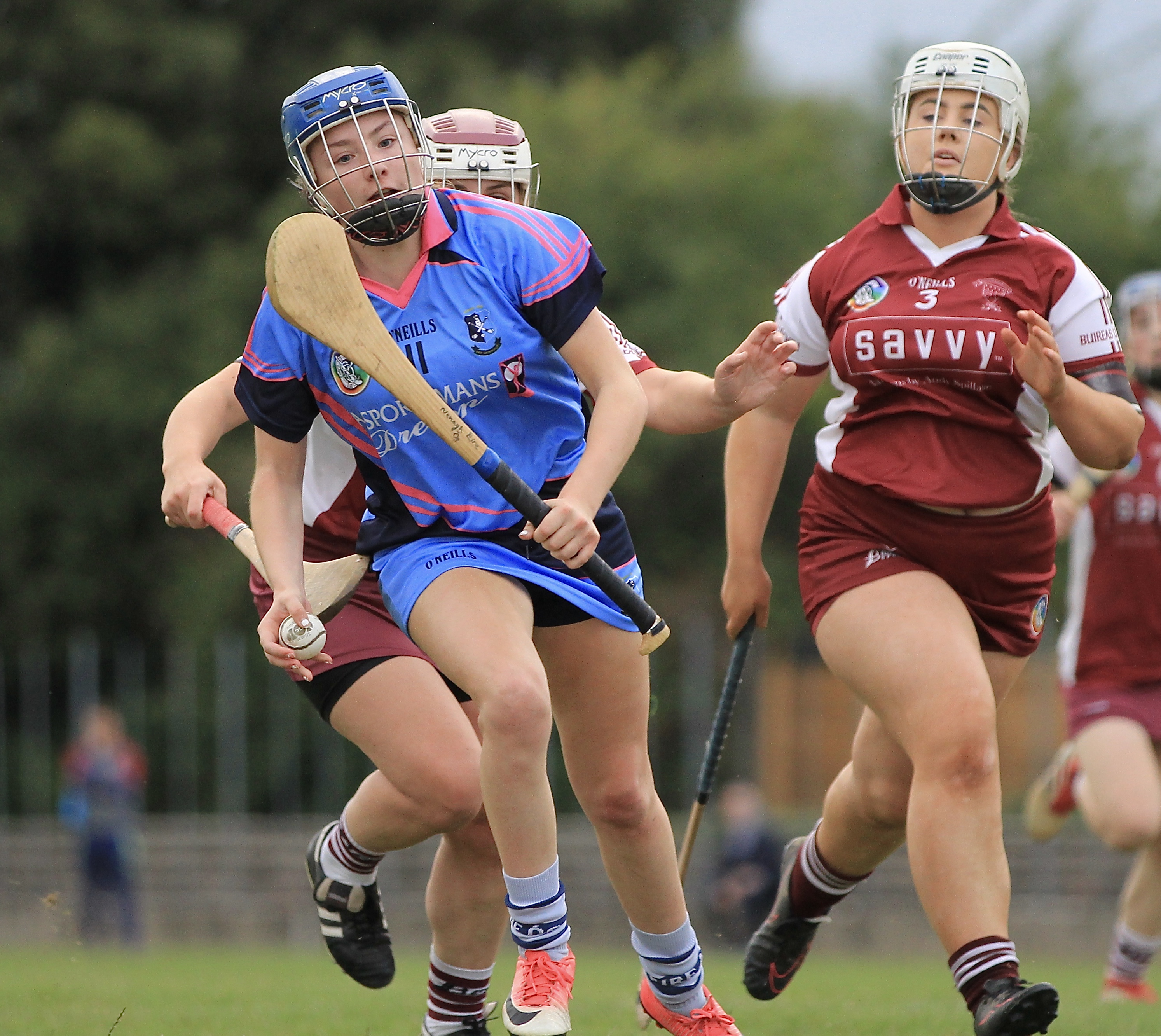 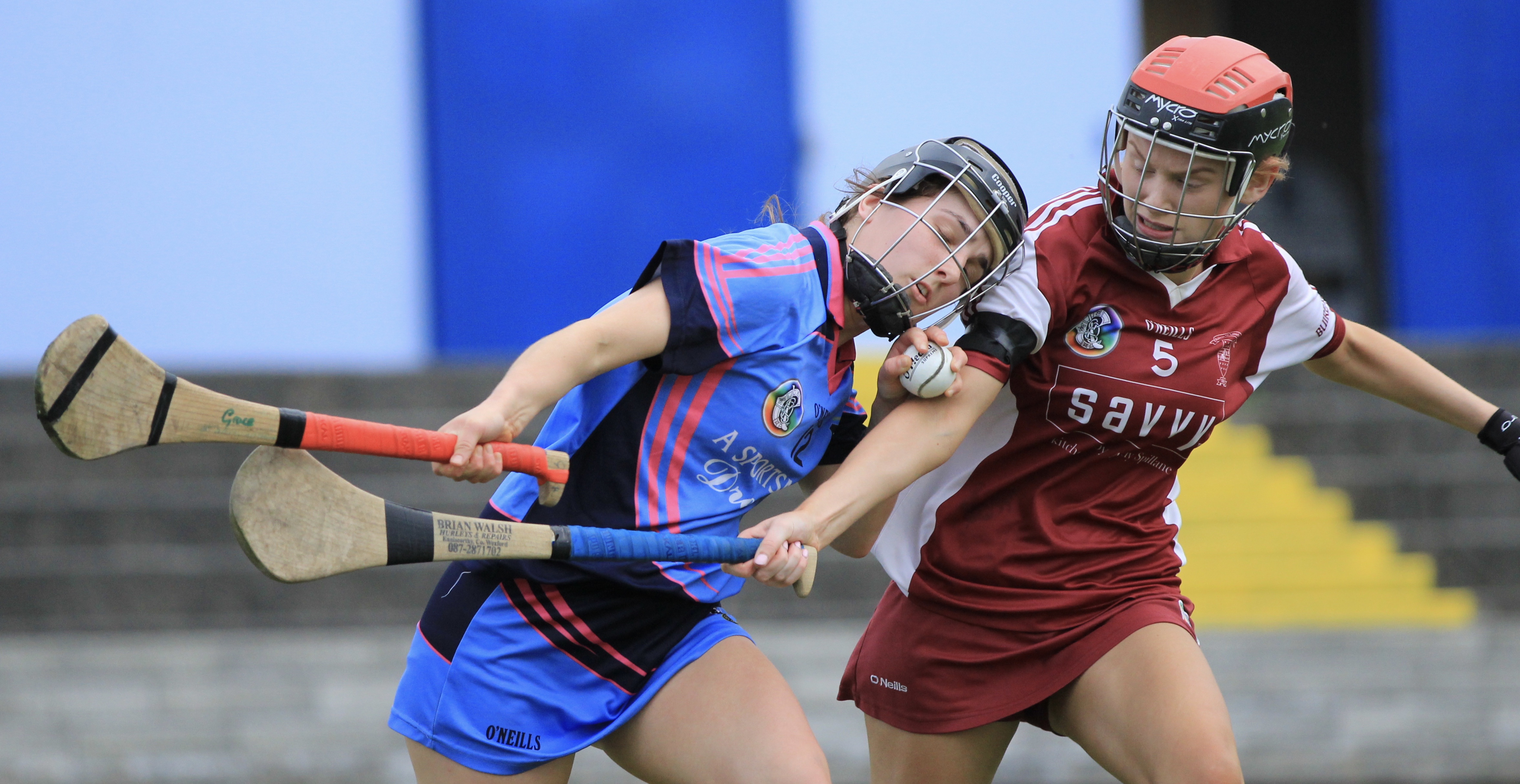 Grace O’ Brien on the attack

Training continues on Thursday evenings for the September from 6pm to 7pm. With a lot of Saturday morning games on the horizon we have a lot of hurling to look forward to. On Saturday, 1st September we travel to Toomevara for a blitz and the following week we have a county under-8 blitz. Mentors will be in touch with parents and guardians with all the details. 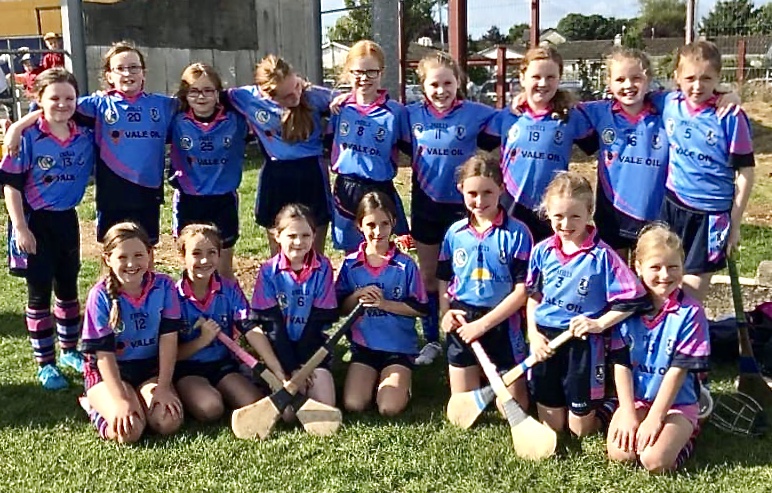 The under-12 panel played Clonoulty Rossmore in their second game of the Autumn league having played Slieve Felim last week. Their next match is a trip to the West to face Cashel on Thursday August 30th at 7pm. Training will continue this Tuesday evening. 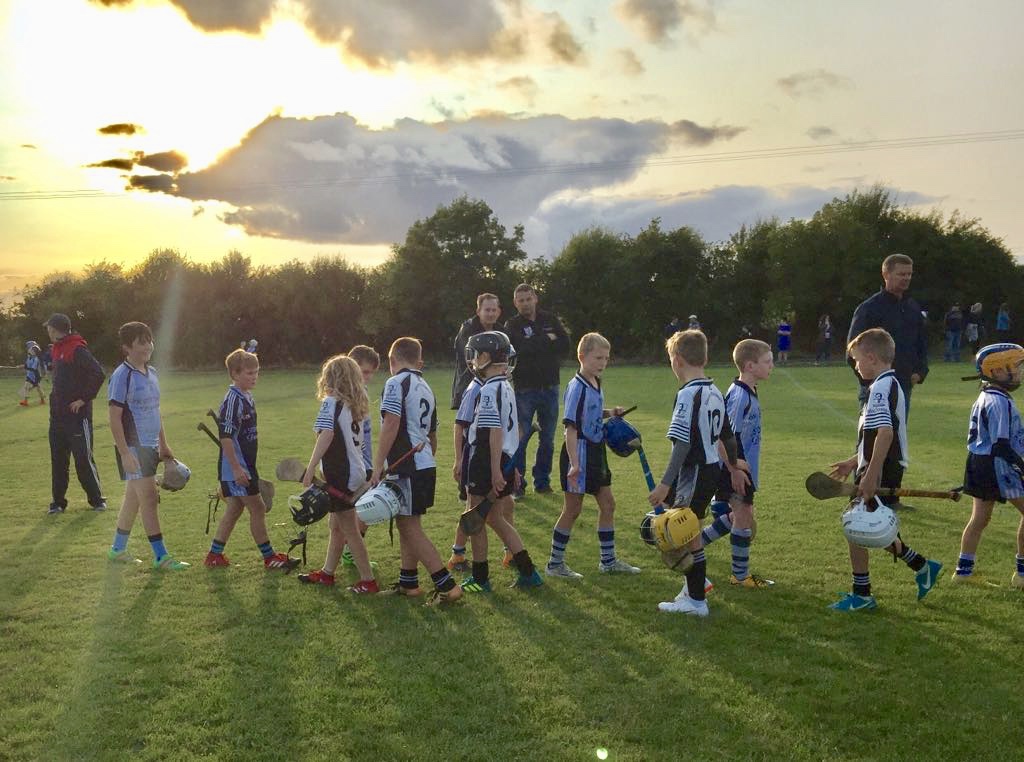 The under-8s travelled to Páirc na nÓg, Thurles on Friday night last to play Dúrlas Óg. Huge numbers travelled over. We had 29 players playing three highly competitive games. Thanks to all the families who travelled over to support the children. Thanks also to Dúrlas Óg GAA Club for the wonderful welcome and refreshments we received. Training continues as normal in the coming week.
Under 10:
Under-10 hurling and football training same times as usual.
U11 plate:
The under-11s played Kilruane MacDonaghs last Friday in Ardcroney with a win for our D’s and a defeat for our A’s. Training continues Monday and Wednesday evenings.
Under 13:
Under-13 Hurling training for the under-13 plate starts tomorrow at 6.30. The plate is expected to start on Wednesday September 5th. 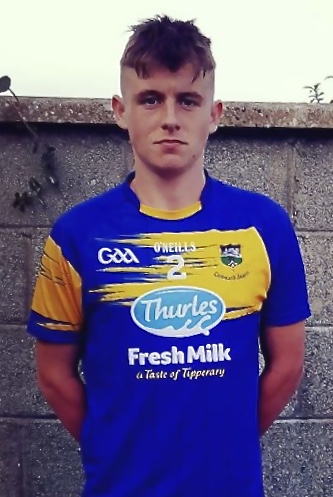 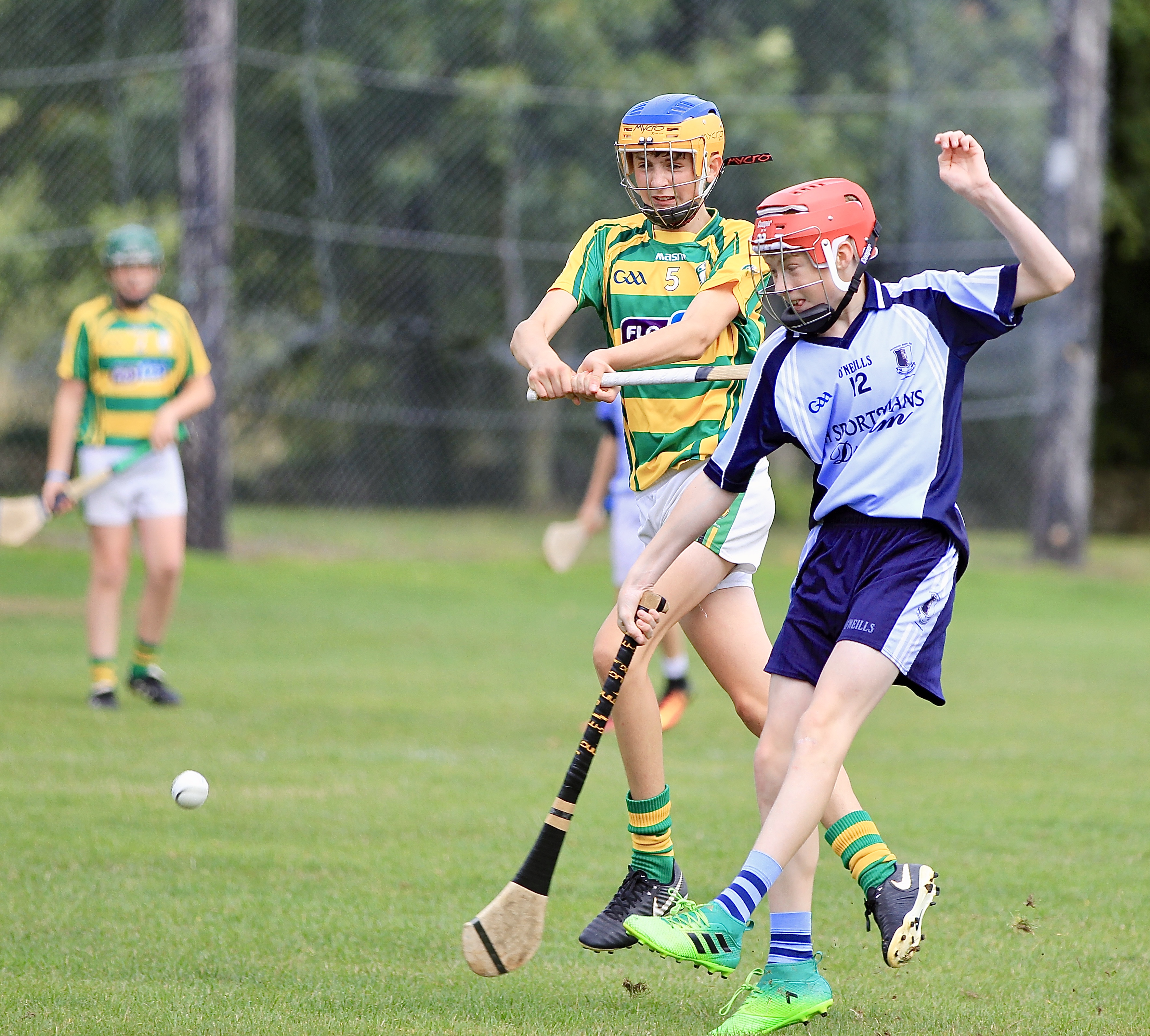 Our under-14 hurlers ended their interest in this year’s championship on Wednesday evening in St. Cronan’s Park when they were beaten by Roscrea, 2-6 to 1-5. The players skillset have improved immensely under the watchful eyes of Con Morris and Greg Browne and there’s no doubt that, with continued hard work, they will be a force to be reckoned with in the near future. The year isn’t over yet however, as there are plate competitions to be played for ensuring that all players have plenty of hurling to look forward to. 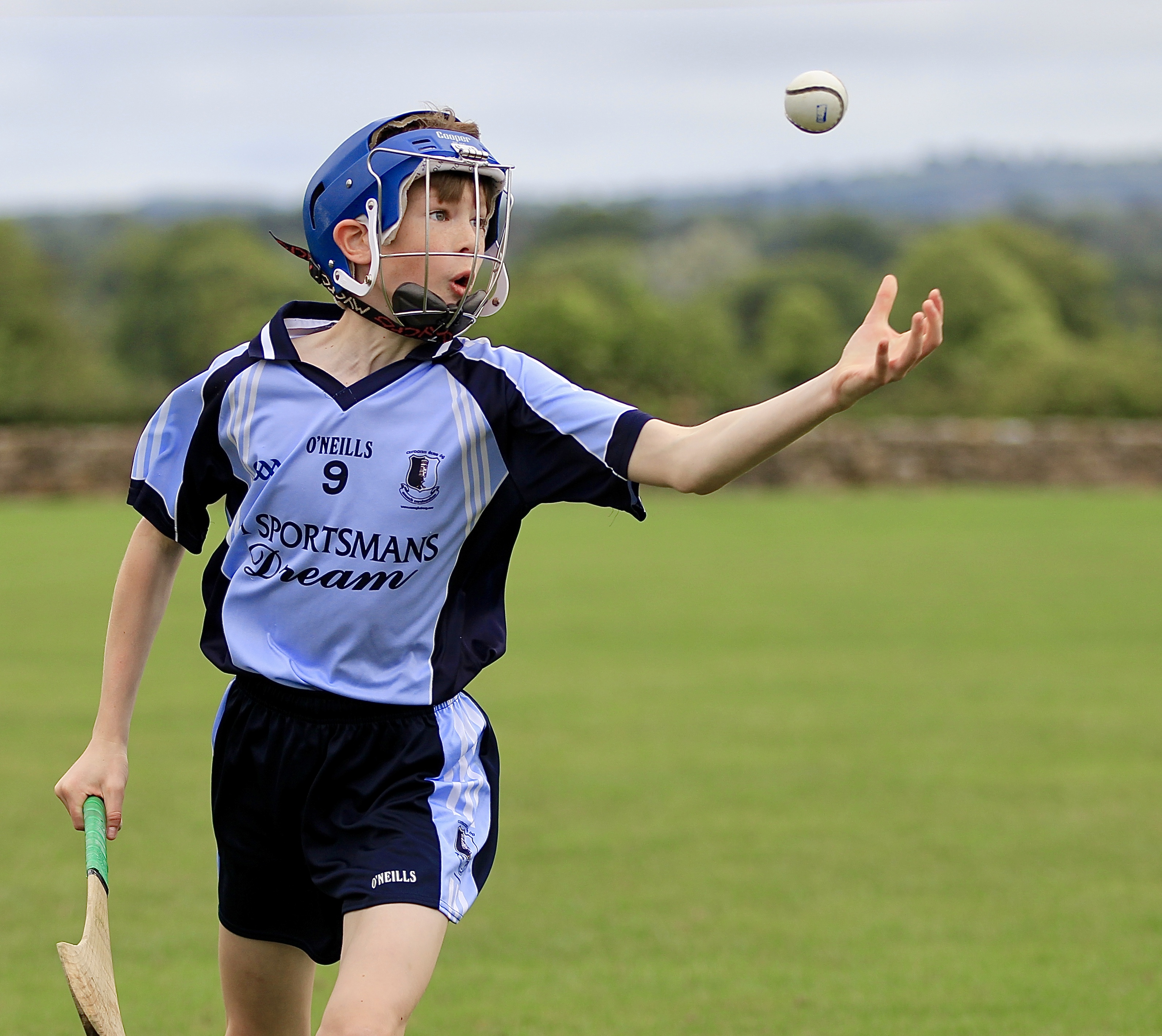 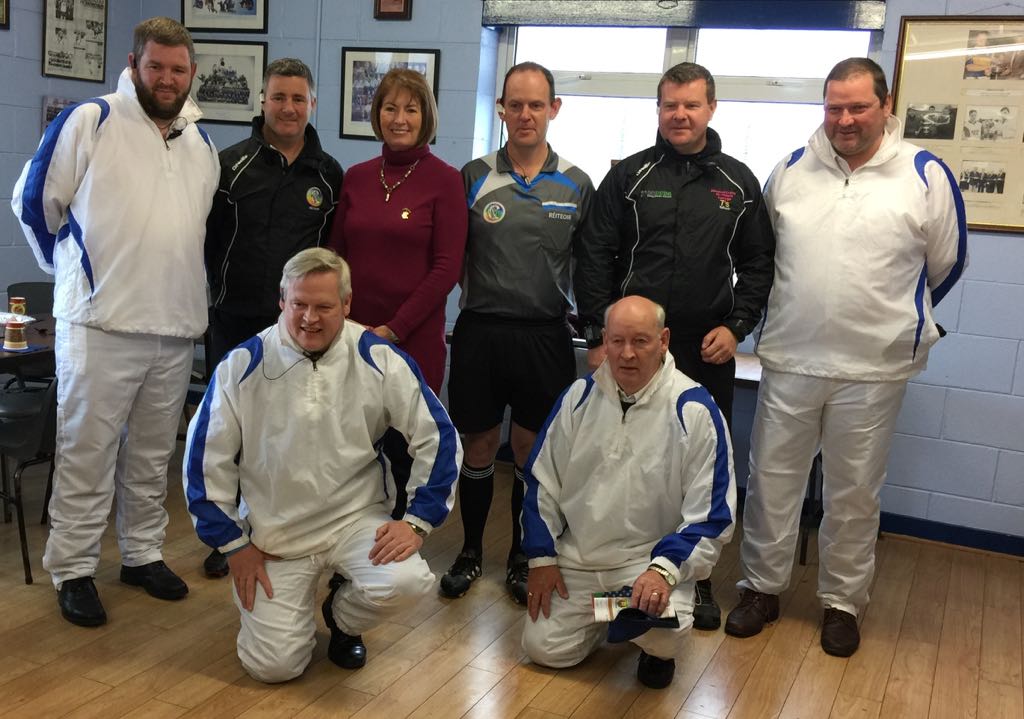 One man who has made a massive contribution to camogie in the club is Mike Ryan having coached number players over the years. In recent times he has turned to the whistle and over the weekend he had the honour to being the man in the middle for the All-Ireland under-16 final as Galway overcame Cork, 3-14 to 1-7. He was ably assisted by his brother and Éire Óg camogie mentor Martin who umpired along with Christy McLoughlin. Here is Mike and his team of officials with camogie president Kathleen Woods. Well done Mike and keep up the great work. 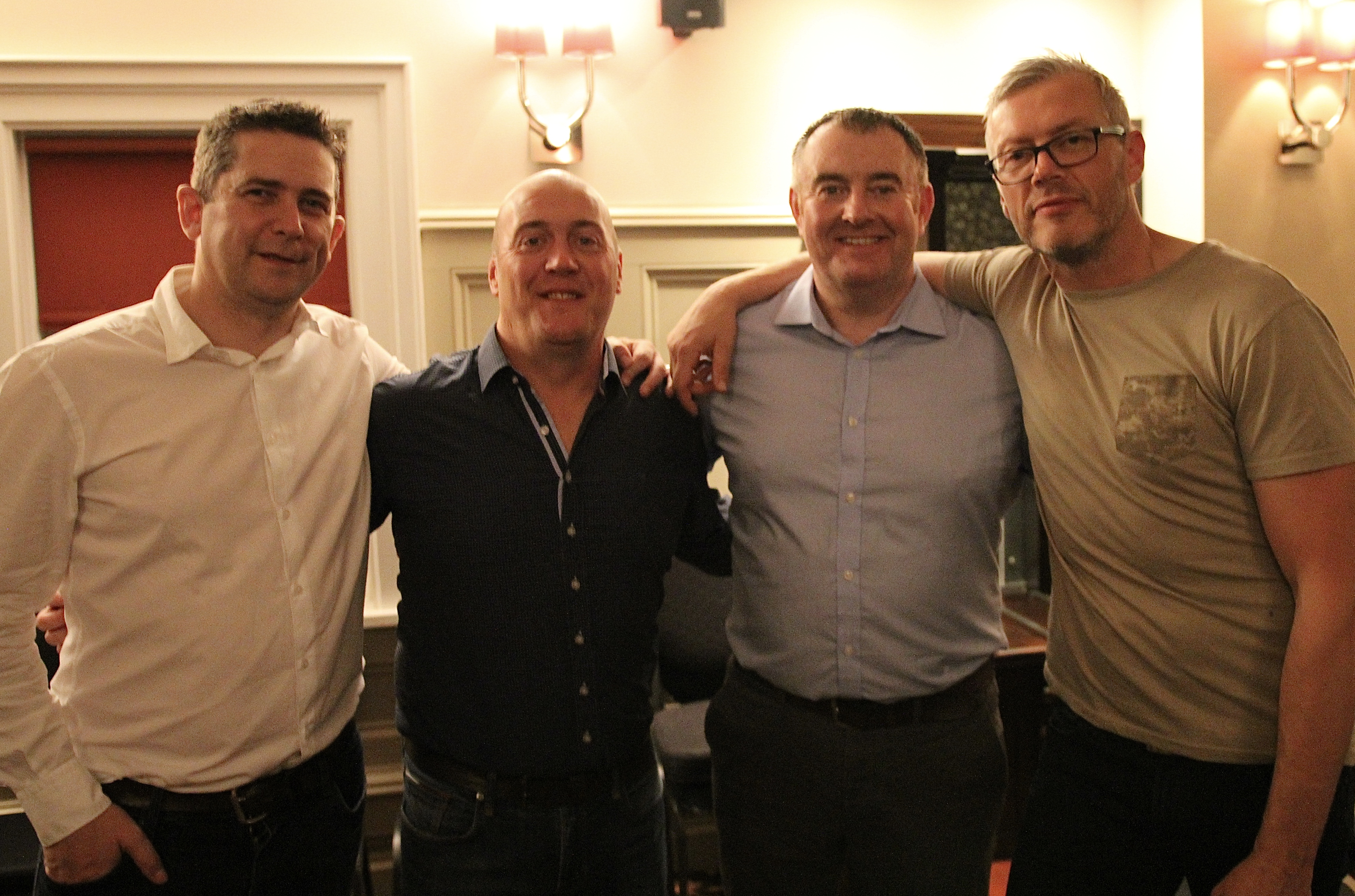 1998 was a proud year for the club as four Nenagh Éire Óg men were part of the Tipperary team that won the county’s first All-Ireland football title in 75 years as The Premier captured the junior title following a win over Offaly in Portlaoise. Chris Bonar, Jim McAuliffe and captain Kevin Coonan were all part of the panel while Martin Healy was a selector. On Saturday evening the team celebrated the twentieth anniversary of that fantastic success with a reunion in The Hibernian Inn, Nenagh which coincided with the Tipperary Football Committee launching their three-year strategic plan for Gaelic football in the county. Nenagh Éire Óg chairman Enda Costello spoke at the event and said he was looking forward to the club promoting football vigorously into the future. 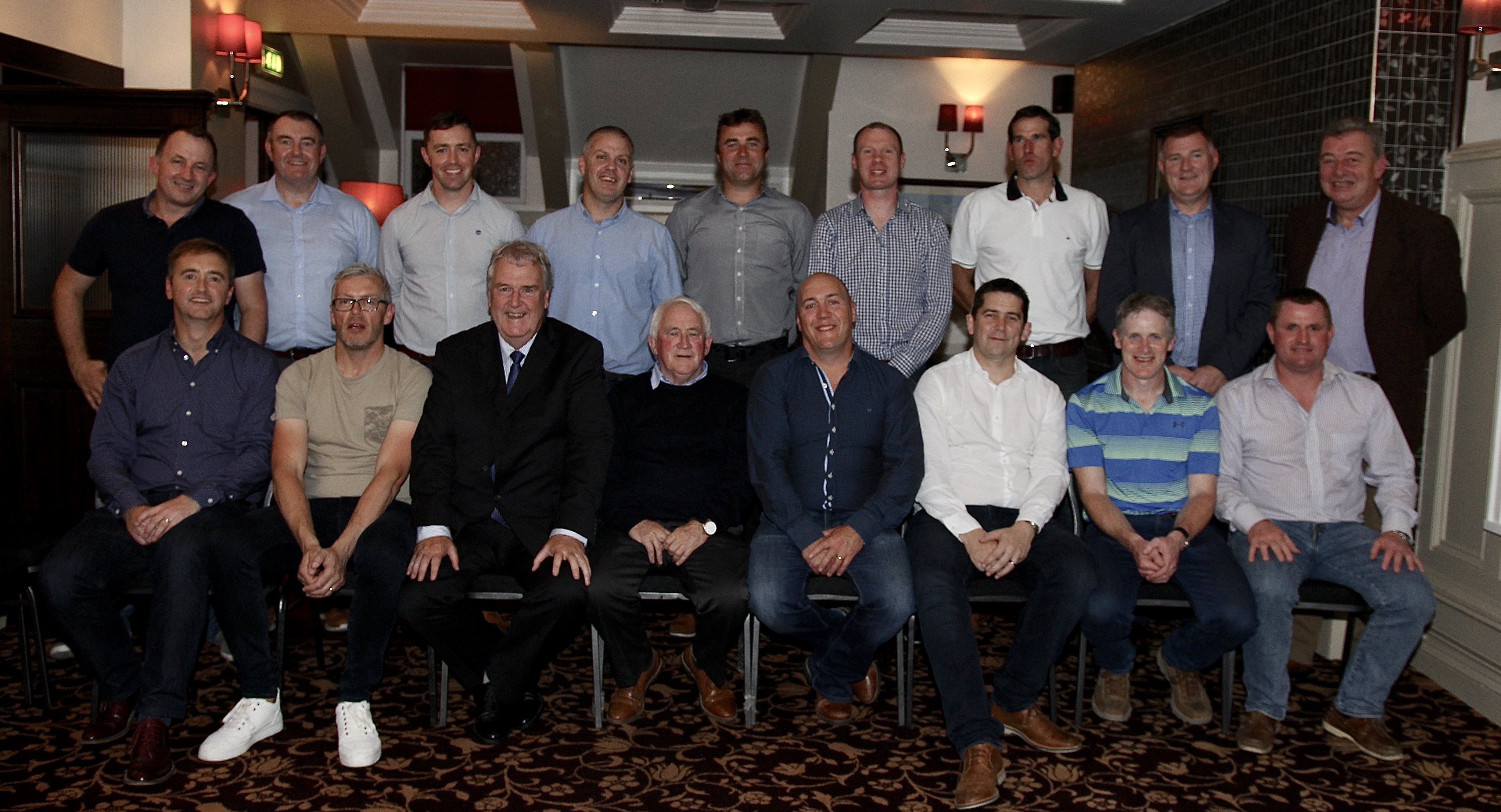 The 1998 junior football panel and management in The Hibernian Inn 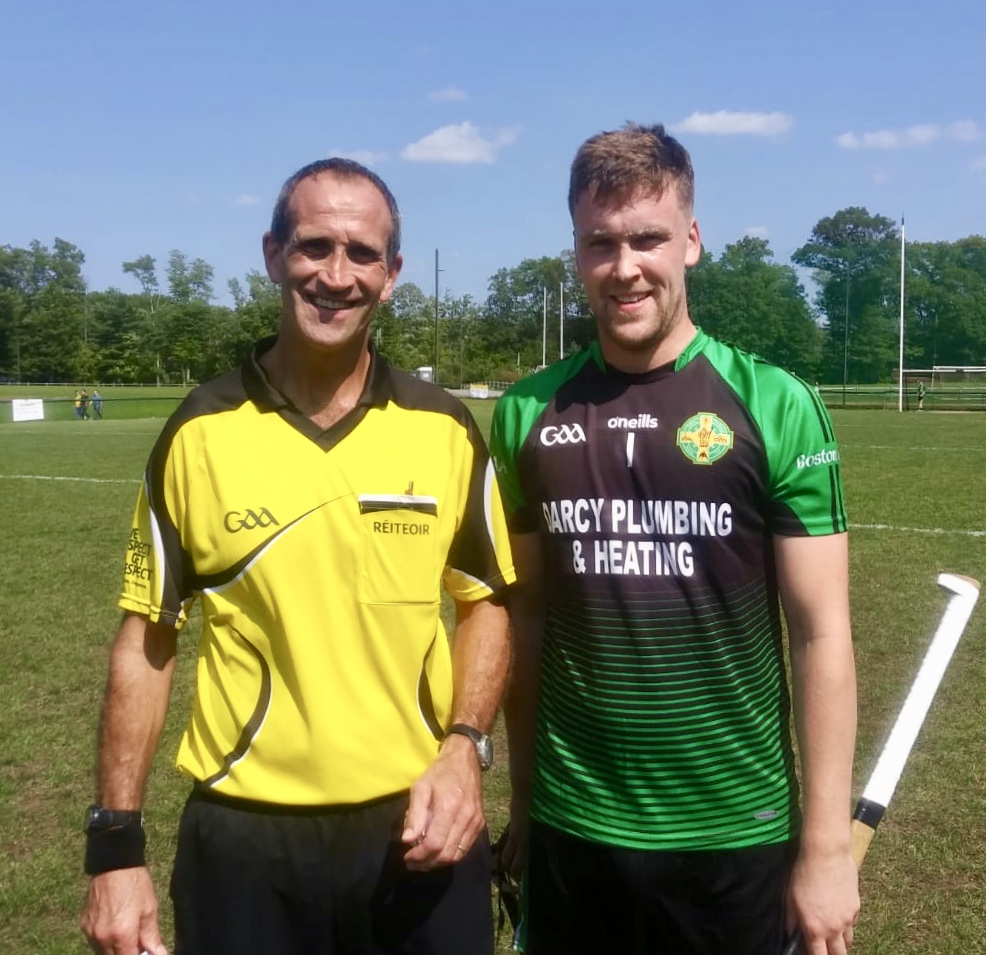 Commiserations to Kevin Flynn who played in goals for Fr. Tom Burkes against Tipperary in the Boston county final on Sunday but were beaten 3-19 to 0-16. Kevin is pictured here with the referee Philip Kelly of Ballinahinch. 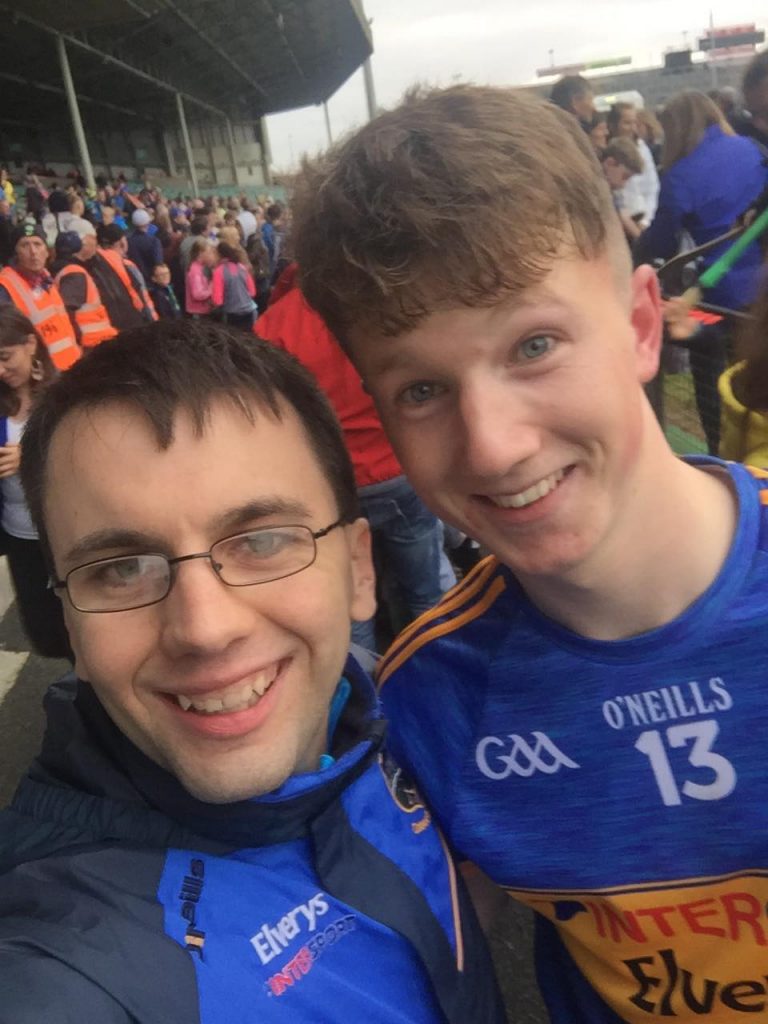 Well done to Jerome. Along with Jake Morris, Cian Darcy & Brian McGrath, he starred on the 2011 @TipperaryGAA @MunsterGAA Primary Game team. It was only seven years ago! Inspiring the next generation! https://t.co/cjKcHJ1e1i

Heroes all but particularly Robert Byrne, Jake Morris, Ger Browne and Brian McGrath who was immense at full back