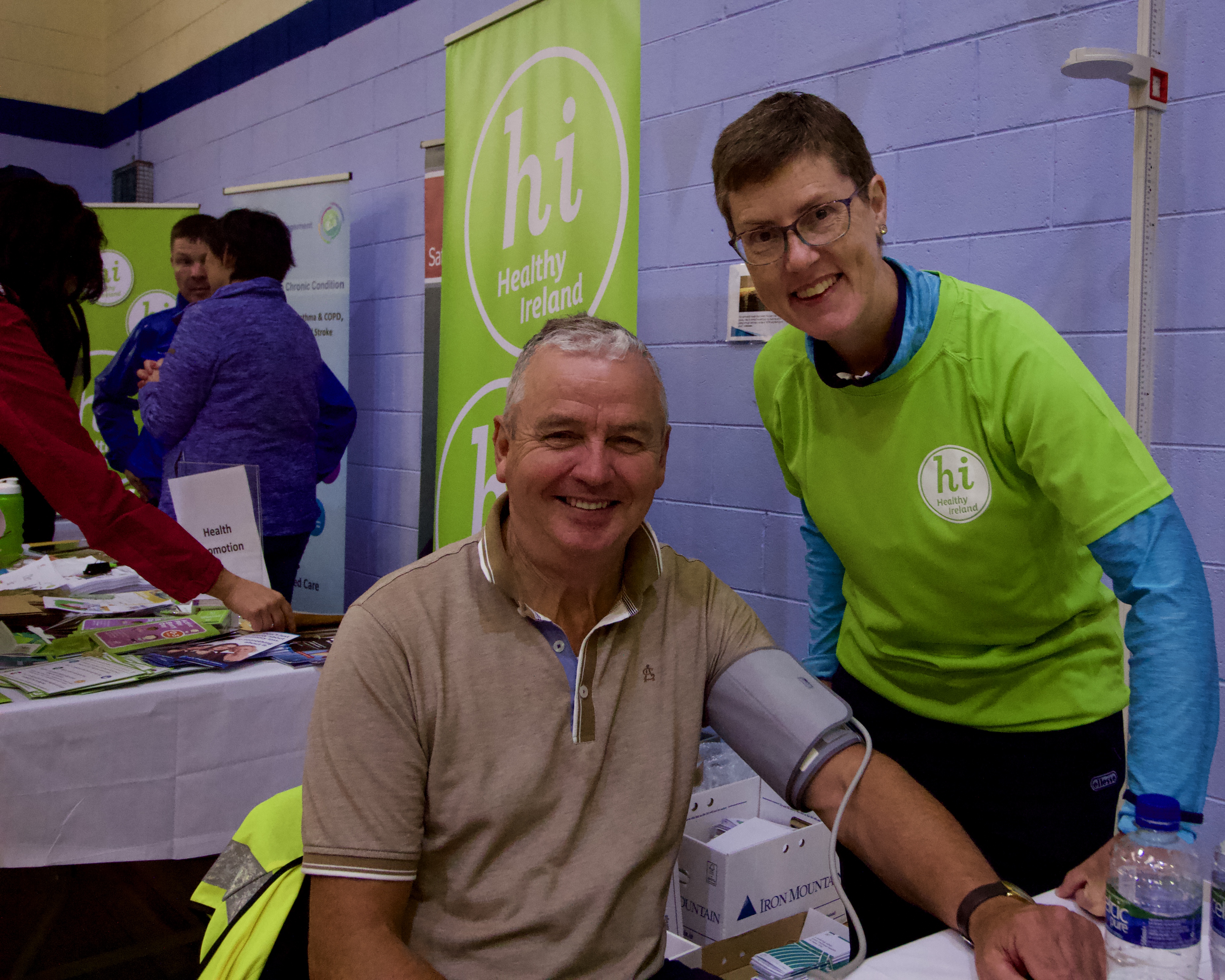 The Blues 10km is a fantastic success, excitement is at bursting point as the under-14s get ready for Féile Peil while we announce the launch of our brand new mobile app. All this and more in this week’s bumper edition of the news on the Blues. 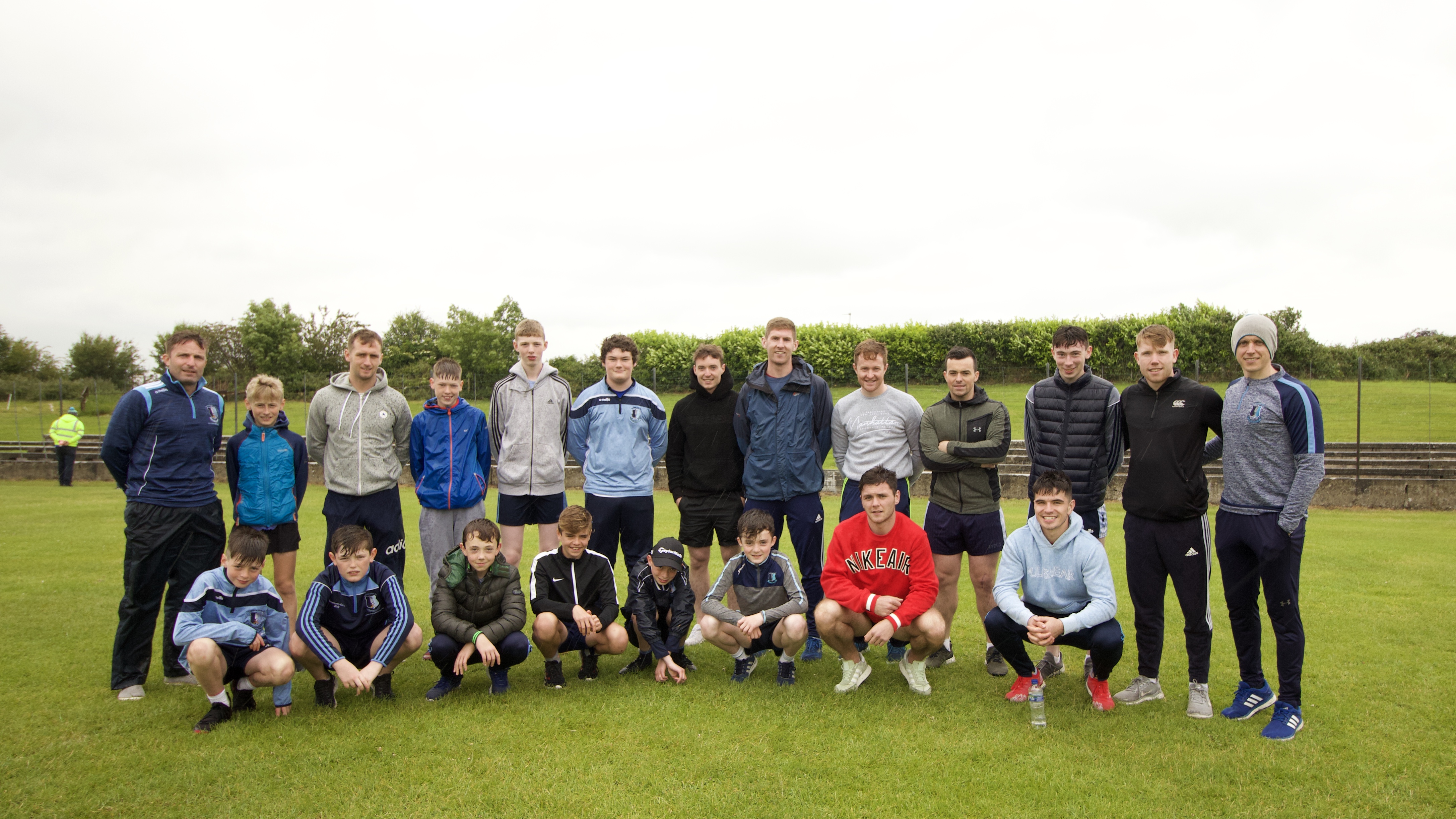 All in the club are saddened by the news of the recent passing of John Lawlor. 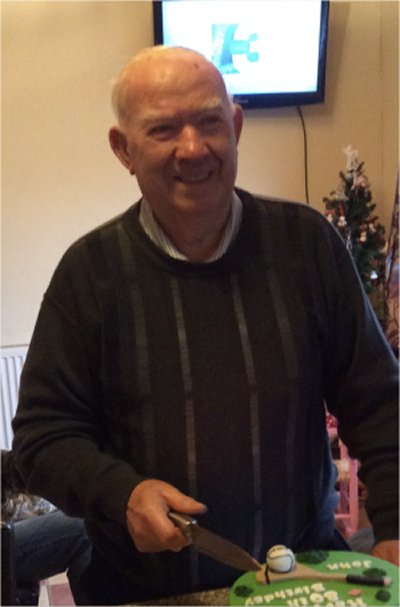 John served as chairman, secretary and treasurer of Nenagh Éire Óg throughout the 1960s and 1970s. He played hurling and Gaelic football for the club as well as working as a mentor for numerous Gaelic football and hurling teams from juvenile right up to senior. He was the club’s representative to both the North and County Board and was Bord na nÓg secretary between 1964 and 1967.

Later in life he moved to Kilruane MacDonagh’s where he continued his lifelong service to the GAA acting as an administrator and selector with various teams.

His son David played in goals for Nenagh Éire Óg in recent years.

To his wife Mary, sons Damian, Sean and David and daughter Collette we offer our sincerest sympathies.

Sunday morning saw MacDonagh Park become a hive of activity as the Ivers and Cullinan sponsored Blues 5km and 10km runs took place while the HSE organised over thirty stands in the complex.

Meanwhile in the complex the HSE had over thirty stands offering advice, support, free health checks and even pilates to visitors to the club. This was a wonderfully organised event and everyone who attended were wholesome in their praise of the organisers. At the end we were treated to a wonderful concert from Chimers Choir who performed a number of songs to the appreciative audience.

The club wish to thank the organising committee, the volunteers, stewards and in particular Shane Connolly for all his efforts in ensuring today’s event was a wonderful success. 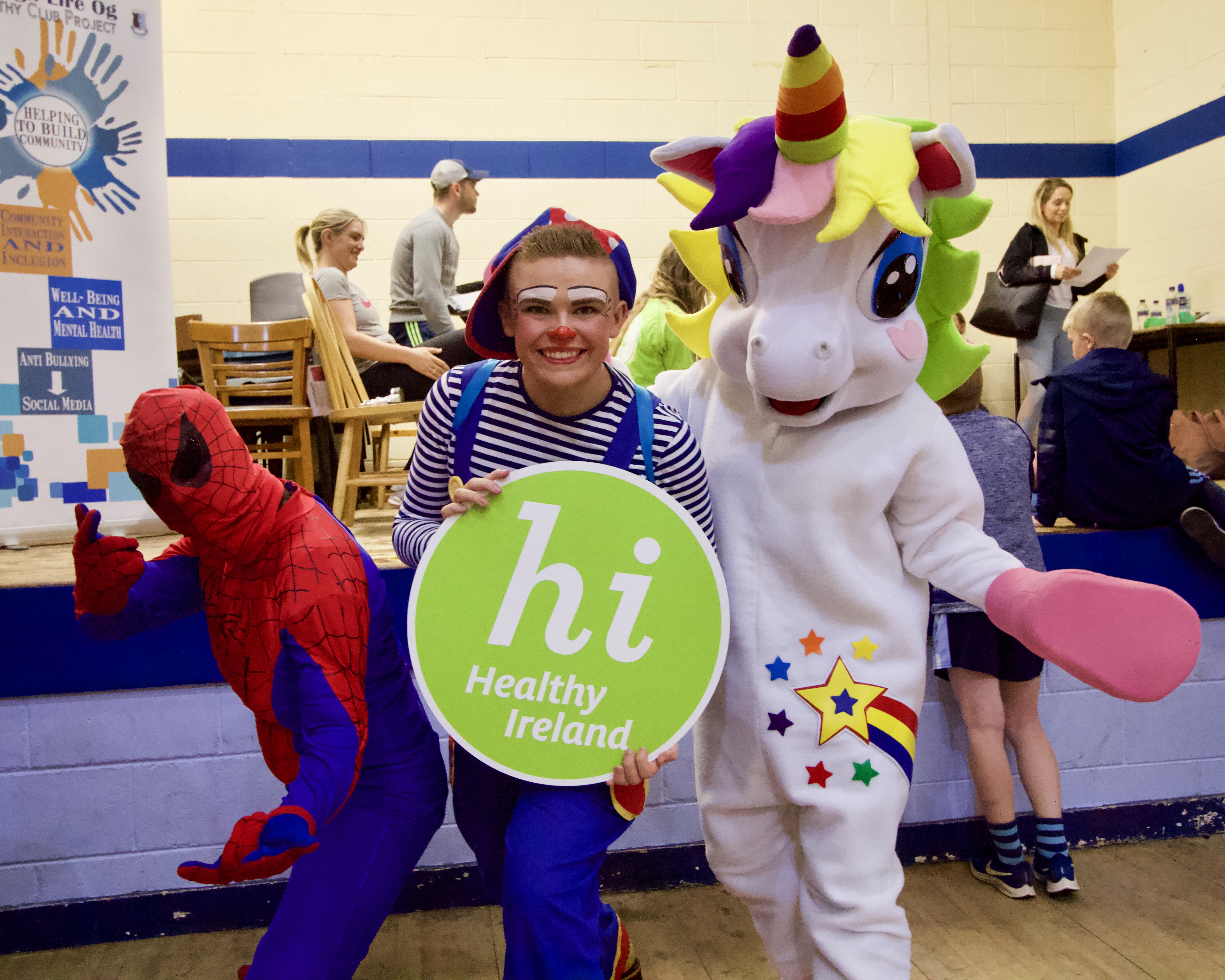 Some of the more unusual visitors to MacDonagh Park on Sunday 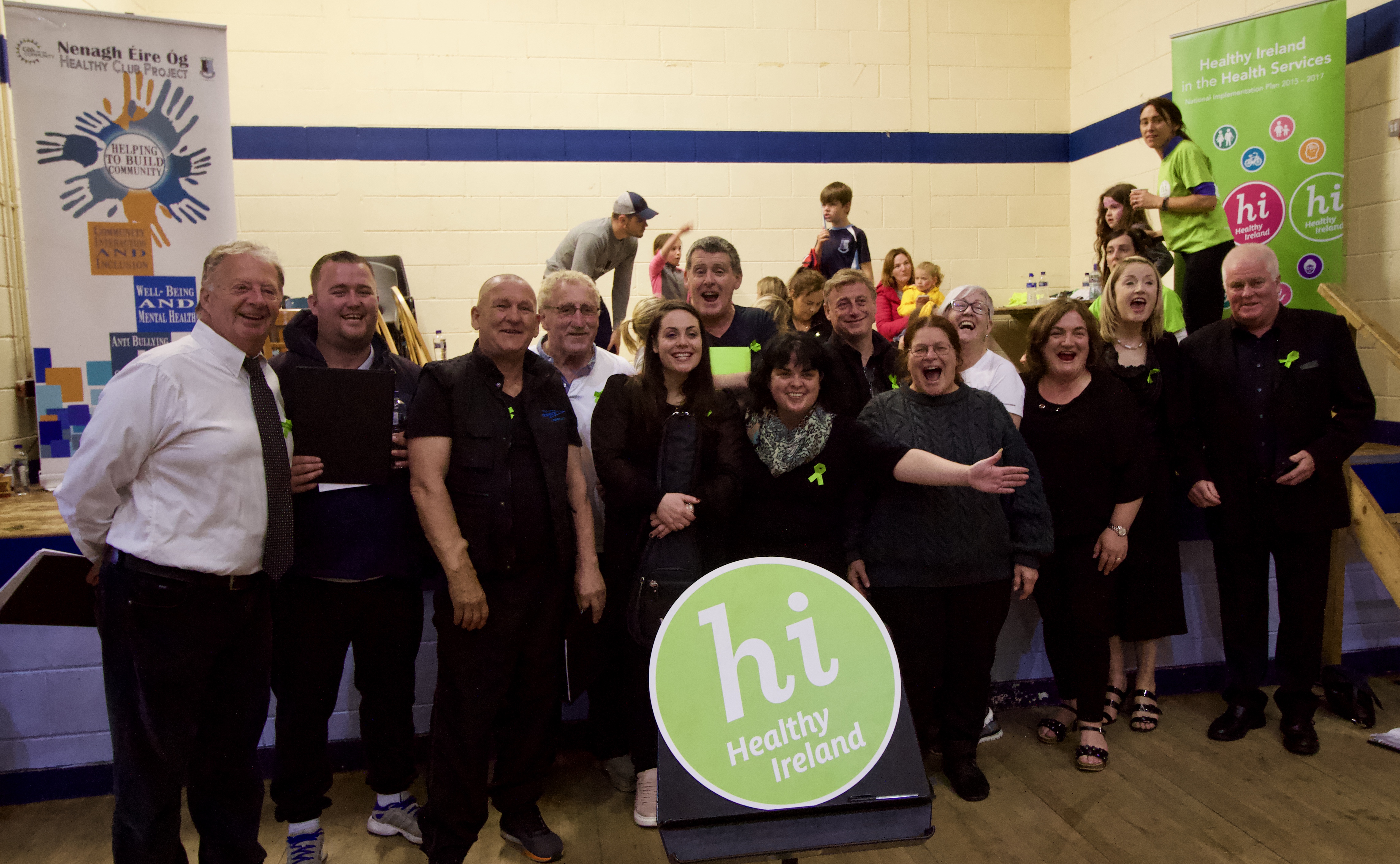 We are thrilled to reveal our brand new mobile app which has gone live in the last few days. Created and developed by the talented Seán McTiernan it is now available to all android users. Simply search for “Nenagh Eire Og” on the Play Store and download it for free. It is hoped that in time we will have an Apple version. Thanks to Seán for putting in many hours to create this wonderful addition to our online presence. 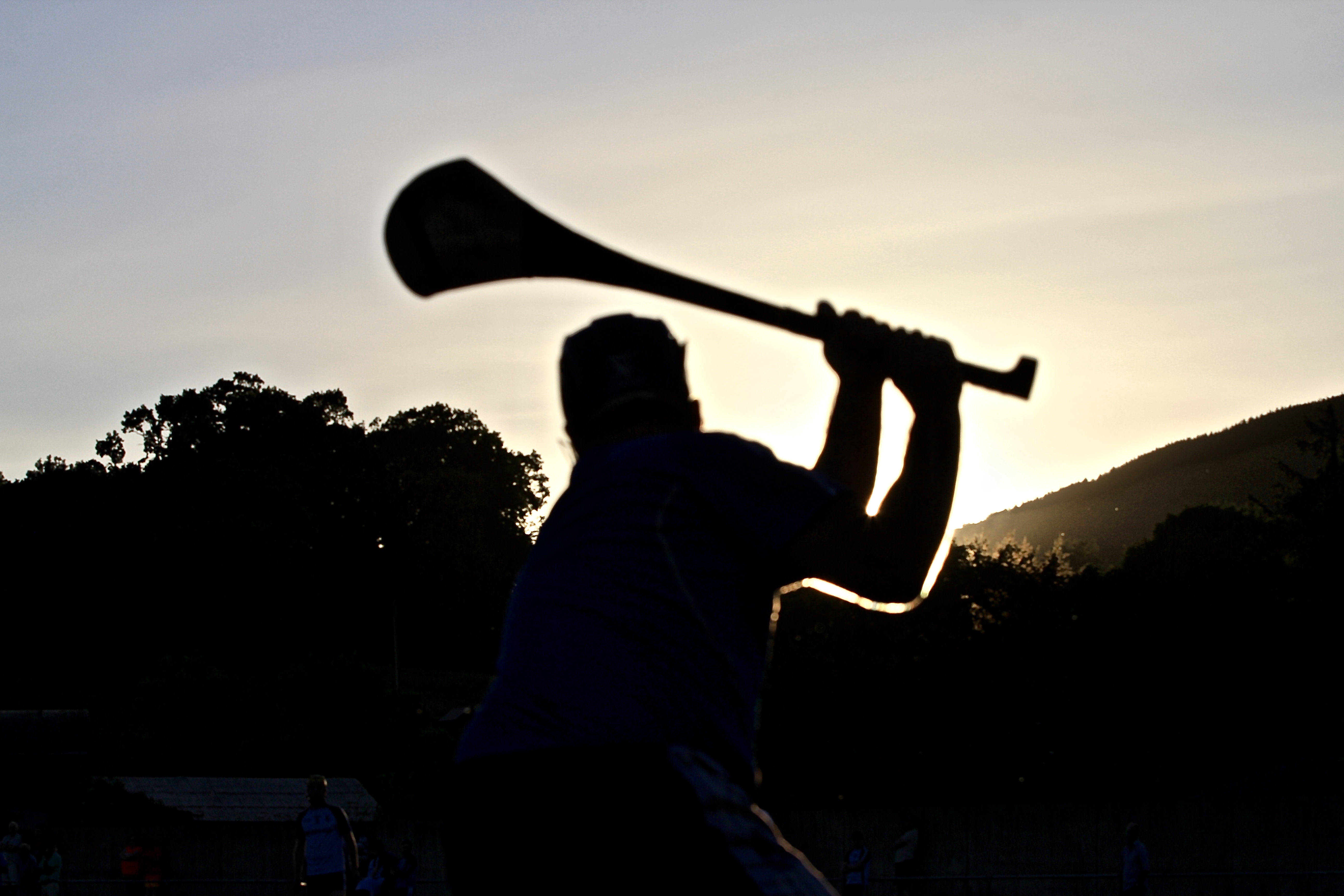 Our senior hurlers defeated Portroe in the final game of the round robin stage of the Tipperary Water county league on Sunday morning, 4-16 to 2-9, with Conor Hennessy, Cian O’Farrell, Philip Hickey and Seán Phelan bagging the goals. This means the lads have now qualified for the semi-finals as they bid to retain their title. We send Michael McNamara the very best as he recovers from an injury picked up in this game. 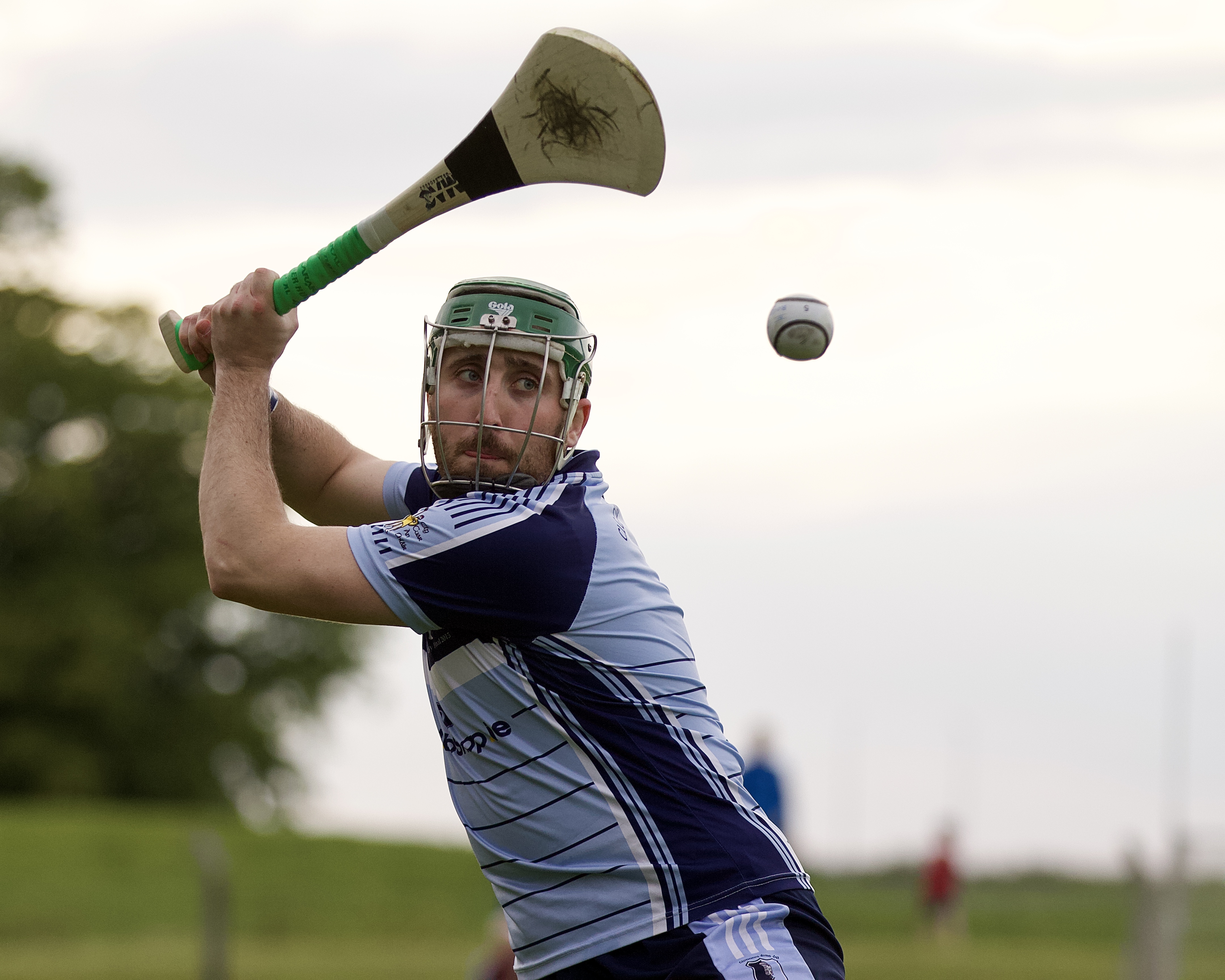 Our junior-A hurlers continued their good run in this year’s championship defeating Roscrea in the second round of the North Tipperary championship on Friday evening last 1-14 to 1-13. With thirteen minutes to play the Blues were five-points down but showed great composure and determination to reel in an excellent Roscrea side. Aided by a 51st minute Cian O’Farrell goal, Eddie Tucker’s side never panicked and it was substitute Eoghan Slattery who popped over the winning point with just three minutes remaining. 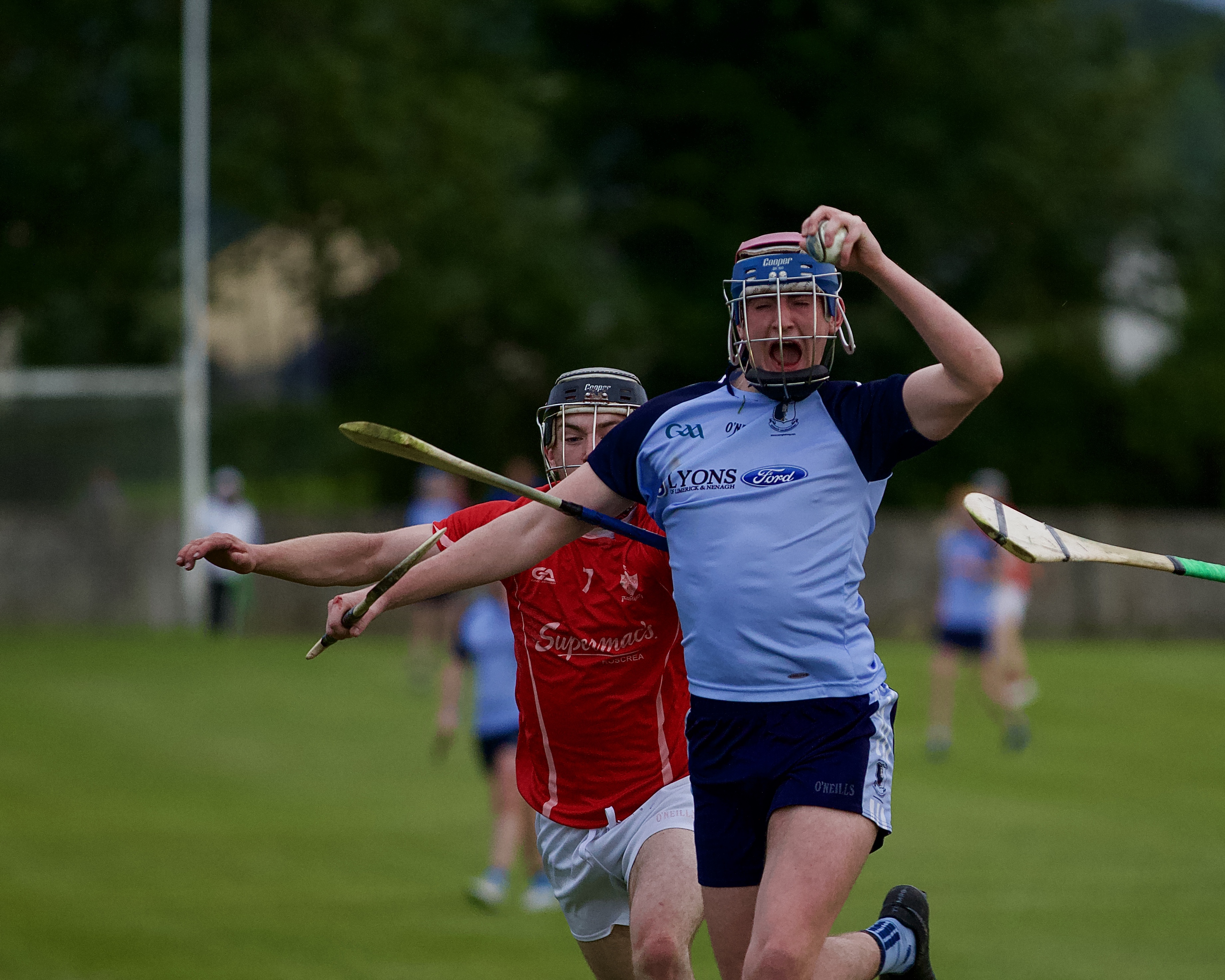 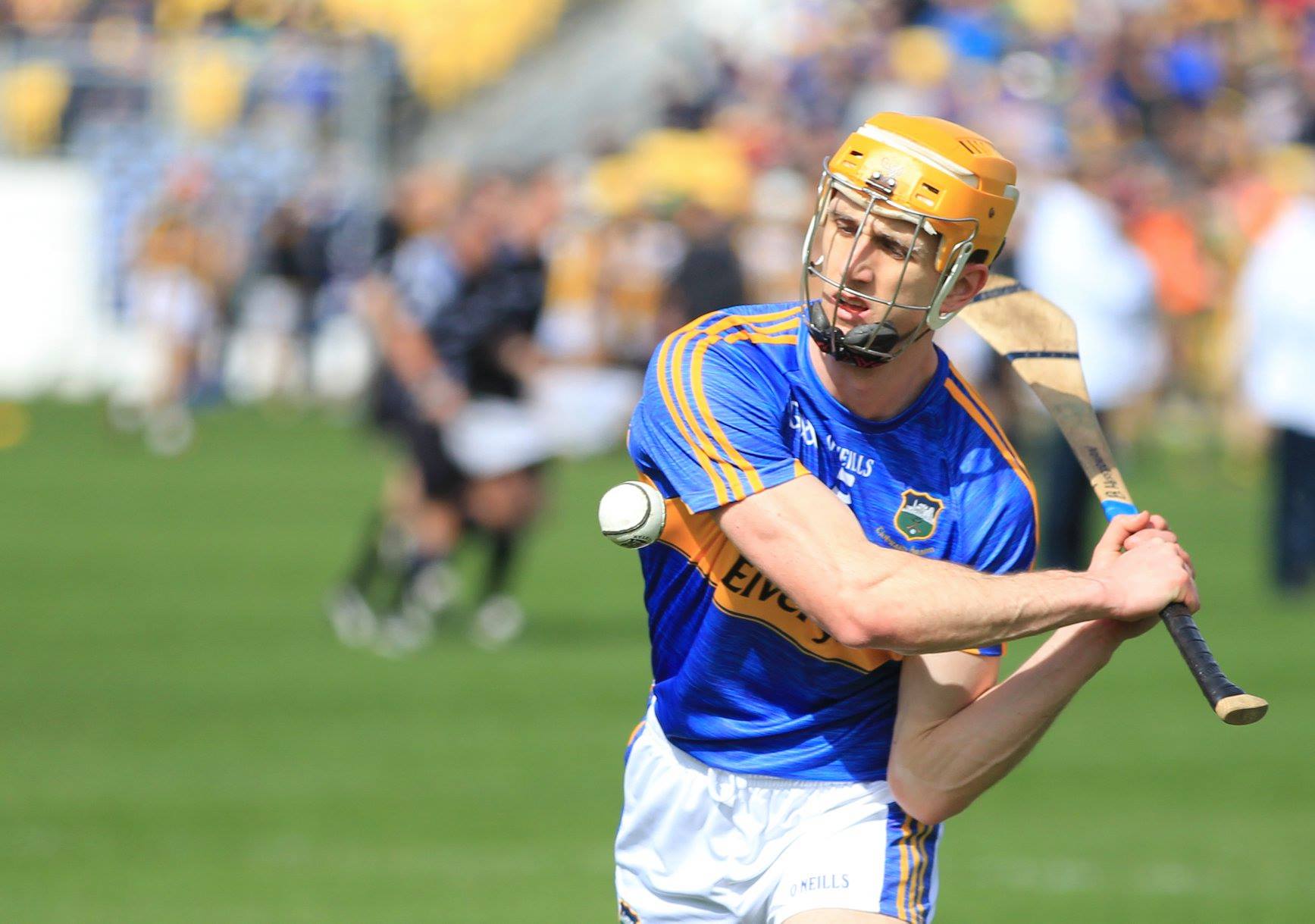 We wish Barry Heffernan, Jake Morris and the Tipperary senior hurlers the very best of luck next Sunday as they take on Limerick in the Munster senior hurling final in Páirc na nGael. Limerick are chasing their twentieth title while Tipperary are going for their 43rd.

Commiserations to Grace O’Brien and the Tipperary senior camogie side who were defeated by Cork in the Liberty Insurance All-Ireland championship on Saturday, 2-20 to 1-8. Grace started the game at corner forward and supplied two of Tipperary’s points, one in either half. Tipperary will play the replay of the abandoned match against Waterford next Saturday in Nowlan Park, Kilkenny. 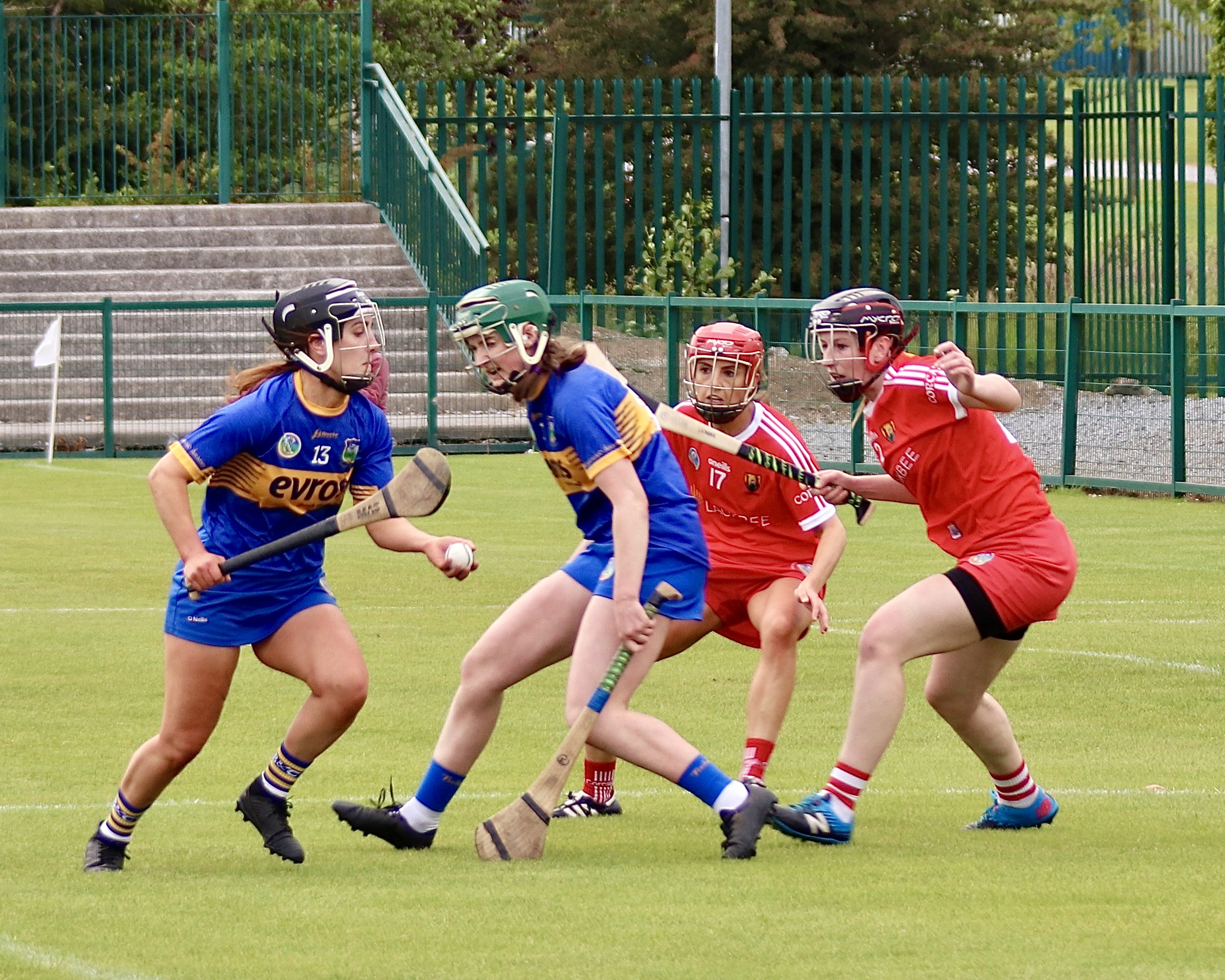 Grace O’Brien fires over a point against Cork on Saturday

Excitement is almost at bursting point as the boys put their final preparations together for next weekend’s Féile Peil 2019 competition. We are playing in Division Two and have been drawn in the same group as our hosts Ballina Stephenites (Mayo), Knockmore (Mayo) and St. Patrick’s, Donaghmore (Tyrone).

On Friday evening we will play Knockmore (17:30) and St. Patrick’s Donaghmore (19:00), with both of these games going ahead in Knockmore. The following morning we are lining out against our hosts Ballina Stephenites at 10:45am in Ballina.

On Sunday morning members of the senior hurling panel gathered on the inside pitch, were blindfolded and had to turn ten times, making them slightly dizzy, before attempting to kick a football. The pitch had been divided into grids by Mel Gleeson and where ever the ball ended up decided the winners of our Square Ball competition. We wish to thank all who bought tickets for this fundraiser and everyone who organised it. 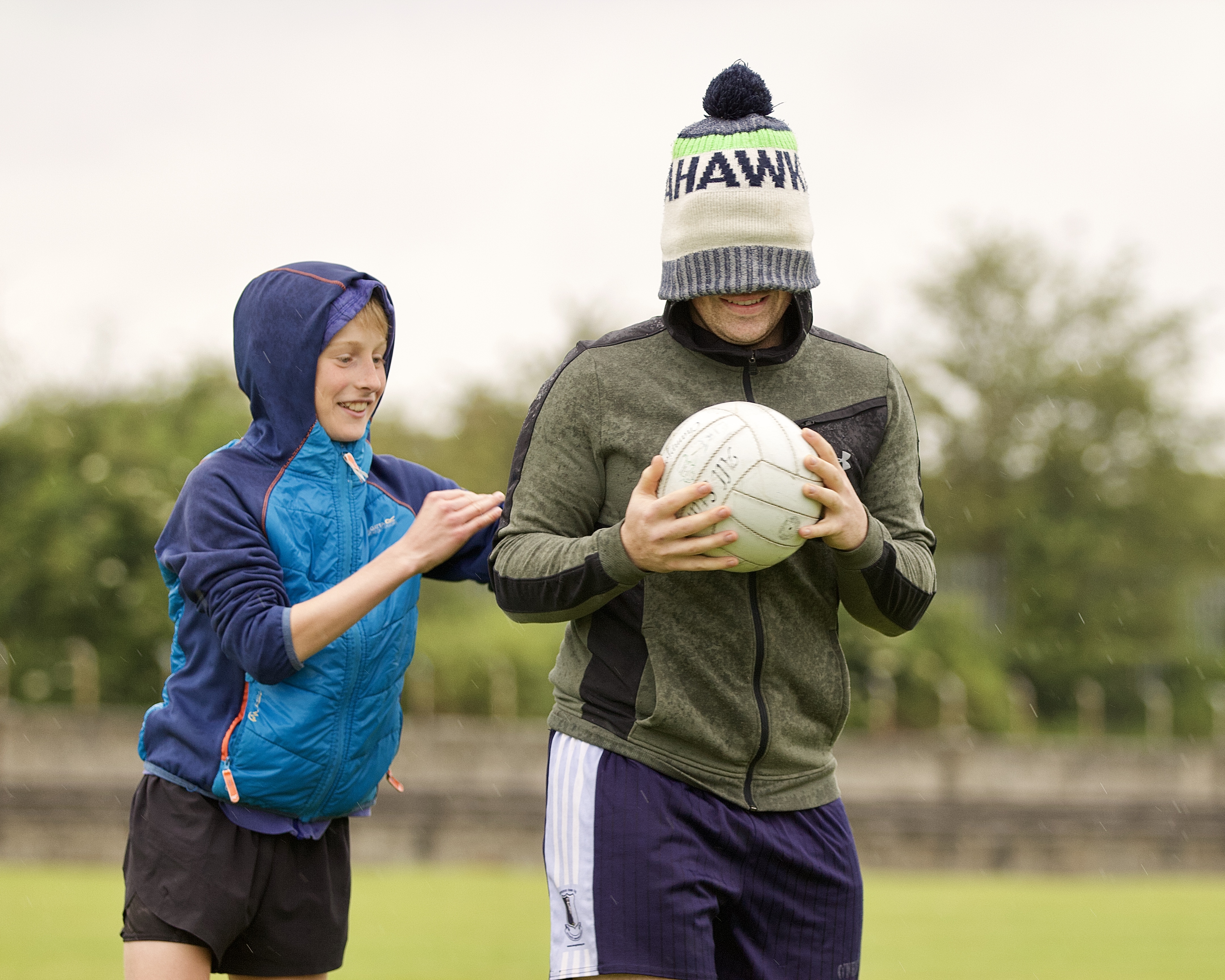 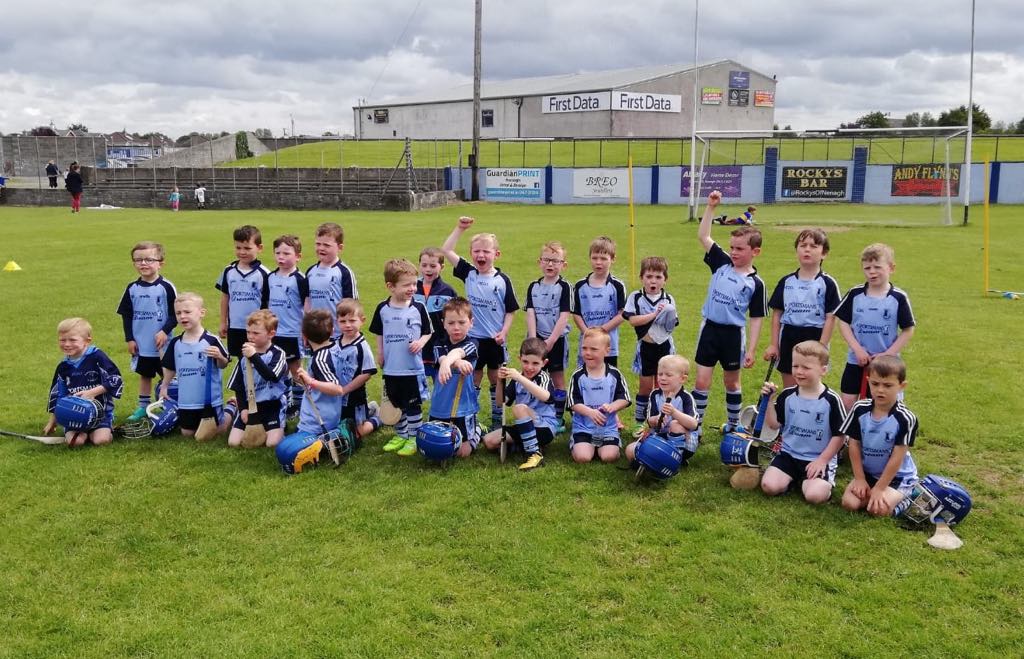 Well done to our under-6 boys on a great morning’s hurling in MacDonagh Park at the club blitz. Great to see such big numbers again in Éire Óg colours. Thanks to our visitors Kilruane MacDonagh’s, Kiladangan and Roscrea for bringing their super young players to the field and to all of the parents for providing refreshments afterwards. The future of North Tipperary hurling is in good hands!

Thanks to @nenagheireog for organising a great U-6 hurling blitz this morning. James’ first day lining out for @MacDonaghsGAA Hopefully the first of many. pic.twitter.com/Rfd7W2FC9T 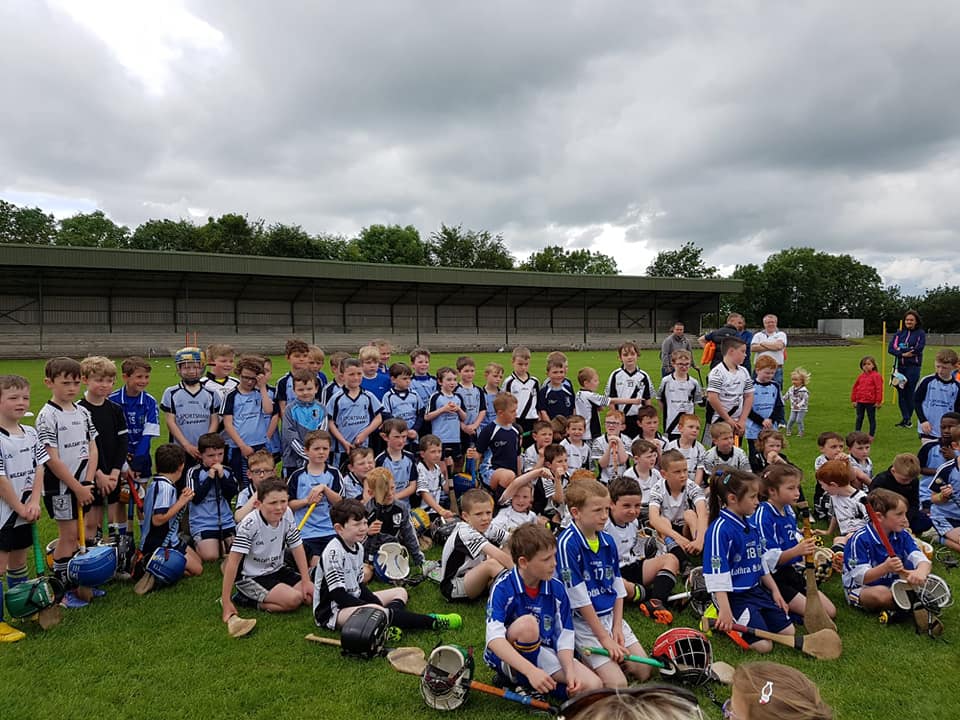 Our under-8 boys travelled to Cloughjordan on Saturday morning to play against Kilruane MacDonagh’s and Lorrha Dorrha. As always it was really well organised and the boys had a great time. Lots of our boys had played in a schools blitz in Éire Óg on Friday representing St Mary’s BNS and Gaelscoil Aonach Urmhumhan. Over 150 boys took part in the school blitz.

For some of the primary school children it was their first time playing hurling and we would love to welcome new players to the club to try out hurling or Gaelic football. We are starting a street league in Gaelic football this Tuesday from 6pm until 7pm and in hurling on Wednesday from 5.30pm until 6.30pm. It will run for a few weeks at the same time. If any new players would like to play they need a gumshield for football, for hurling they can borrow a hurley and helmet from the club. Anyone interested in coming along can turn up on the night or contact 0874086439. 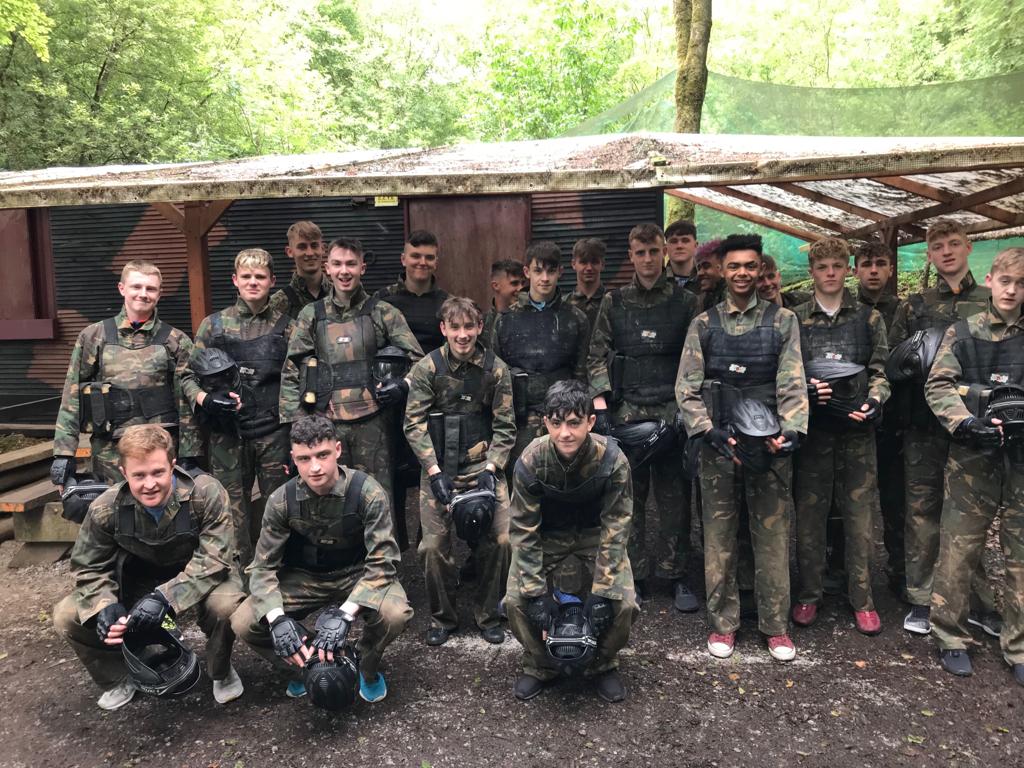 Our minor hurlers travelled to Clare on Saturday to take on Sixmilebridge in a challenge game before enjoying an afternoon’s paint-balling. Our thanks go to the management of the panel for organising the day. 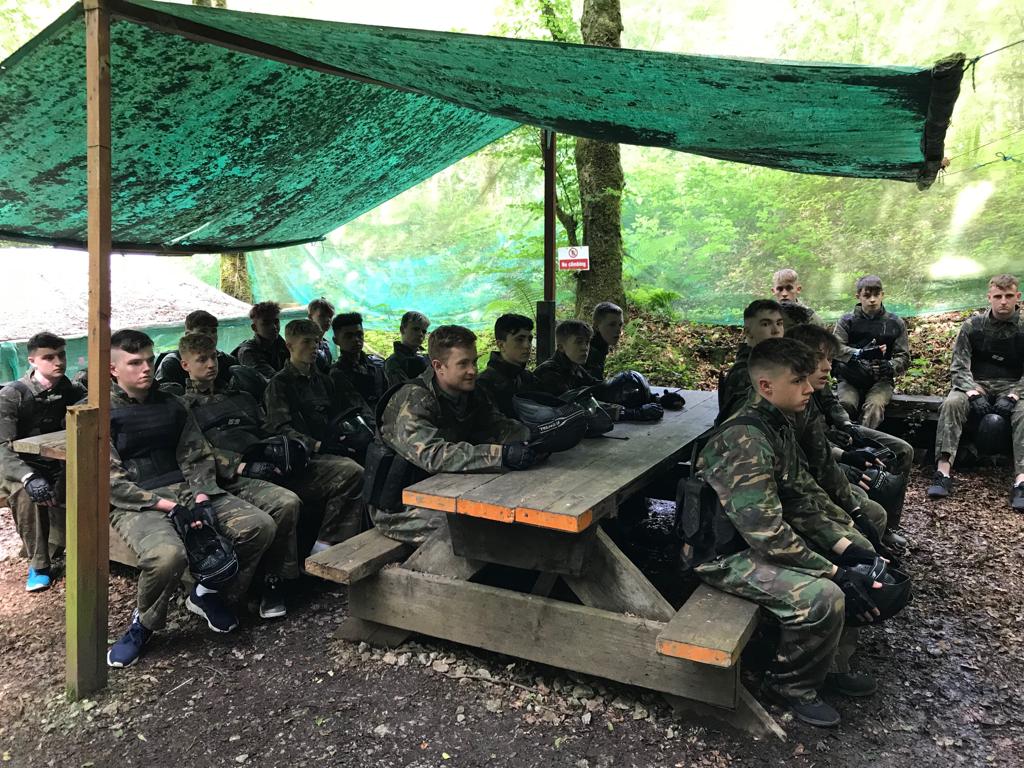 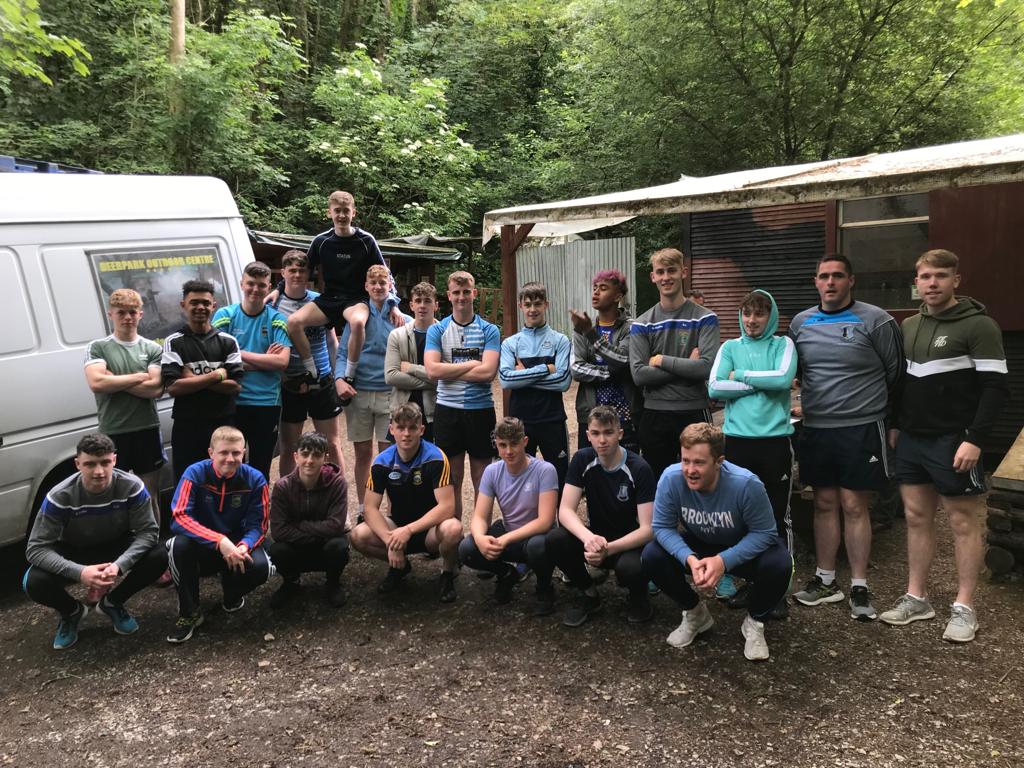 
Best of luck to the under-16s who have their first match of the league next Tuesday away to Portroe at 7.30p.m.


The under-12s played very well to beat Lorrha in the County League. This week we play at home to Toomevara in the next round of the County League. Fixture TBC. Congratulations to all of the girls who played in the Cumann na mBunscoil finals in Semple Stadium.


Under-10 girls have a county blitz in Borrisoleigh this coming Saturday. Training continues Monday and Thursday as usual.

Congratulations to the students of Gaelscoil Aonach Urmhumhan who played in two county finals this week in the Cumann na mBunscol competitions. The under-11 boys defeated Tipperary CBS 5-6 to 4-5 while they also defeated Powerstown 4-9 to 4-6. In the camogie they beat Upperchurch 2-4 to 0-1. Afterwards they paid Michael Cleary a visit in JKCs where they enjoyed an ice-cream. 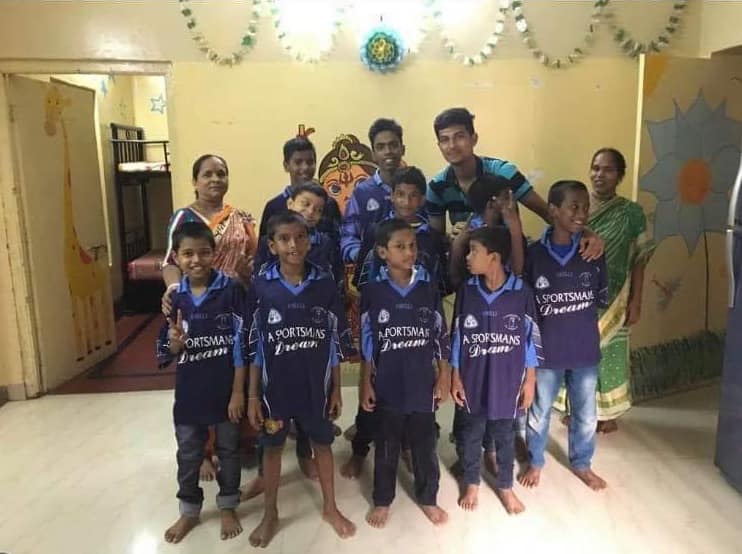 Well done to Noreen Coffey who recently returned home from India where she volunteered for three weeks with the Hope Foundation charity. Pictured are boys from two different homes who were delighted to receive a gift of a Nenagh Éire Óg jersey and sliothar. Noreen would like to thank Matt Lillis for organising the tops for the lads. No better man! 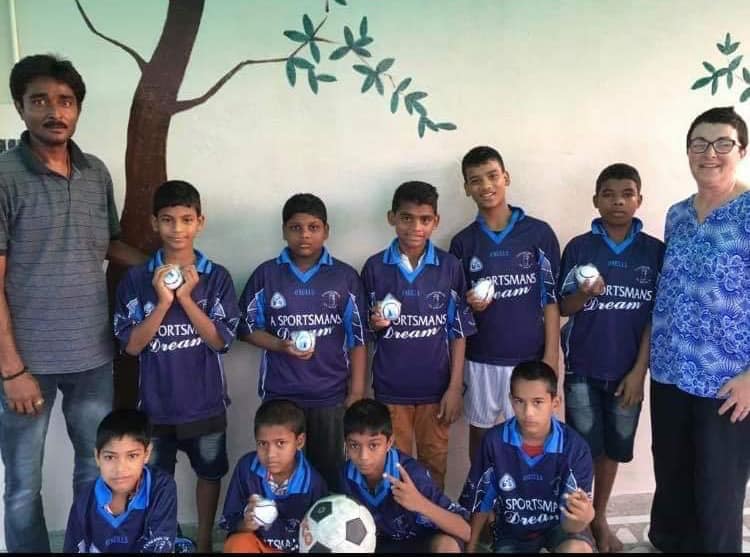 Great fun filled day with lots of @HealthyIreland tips. Sincere thank you to @maria1bridgeman and all @nenagheireog for hosting this event in the community and thank you to the big numbers that attended pic.twitter.com/ak3IvIL1Ub

Glad to meet the #COPD Tipp Support Group hearing of their self management support system at our @HealthyIreland @CommHealthMW day in partnership with @nenagheireog We are @HSELive with our community and some fun guys to help! pic.twitter.com/ChlB5lDo8J

Supporting dementia in north Tipperary @nenagheireog with the memory cafe Thurles & our own @CommHealthMW hospital of the assumption it’s our @HealthyIreland day with our community – partners and wonderful staff #healthtogether pic.twitter.com/dClGCbLZXf

Our @CommHealthMW @HSELive primary care physios helping smaller ones achieve milestones with fun @nenagheireog @tippgaa it’s one of our many @HealthyIreland engagements with community partners plus lots of diabetes and blood pressure screening pic.twitter.com/Zfc9g3uvP4

Waiting to do his fitness at her health and wellbeing day nenagh pic.twitter.com/RUvItOOqma 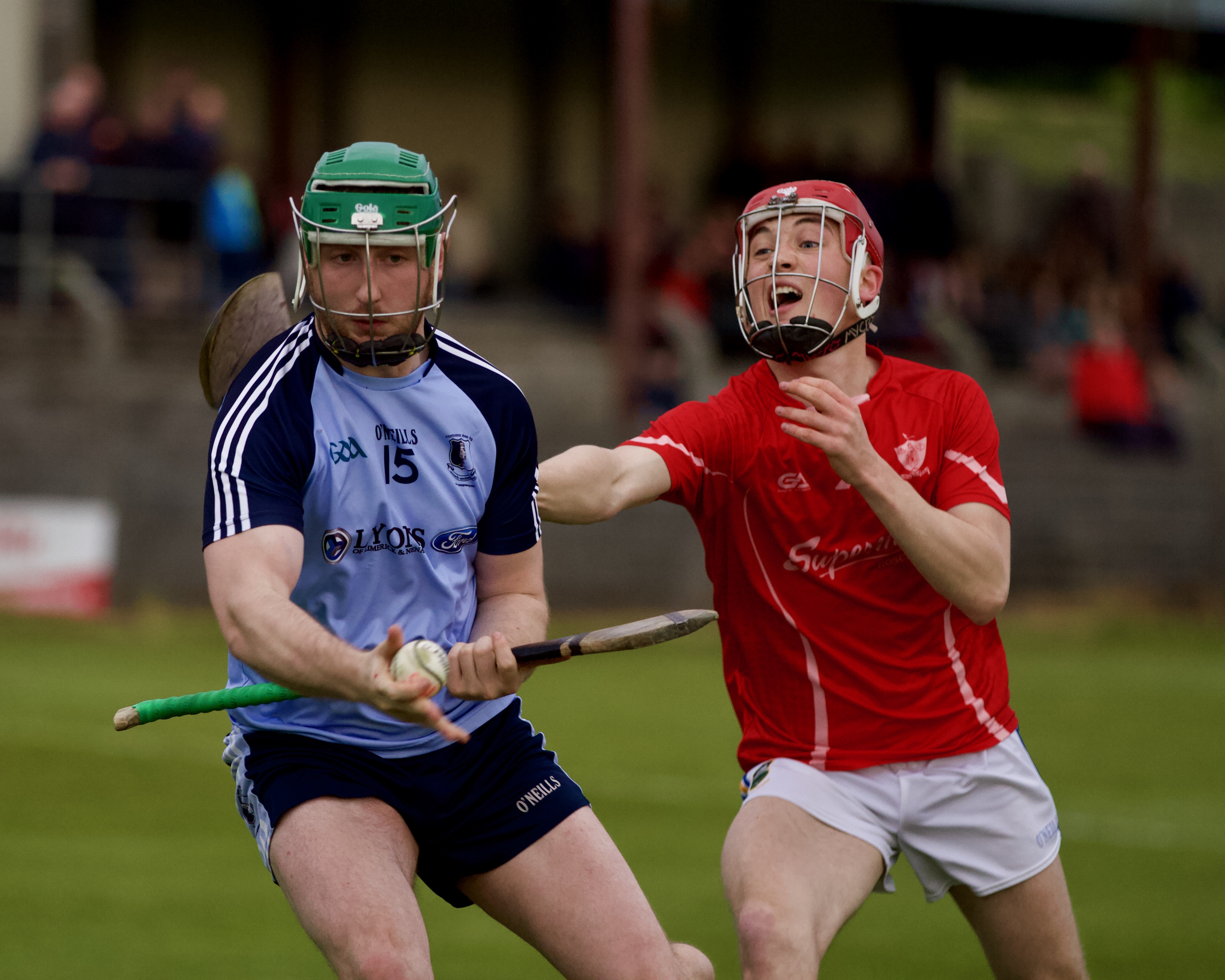 Darragh Walsh in action against Roscrea 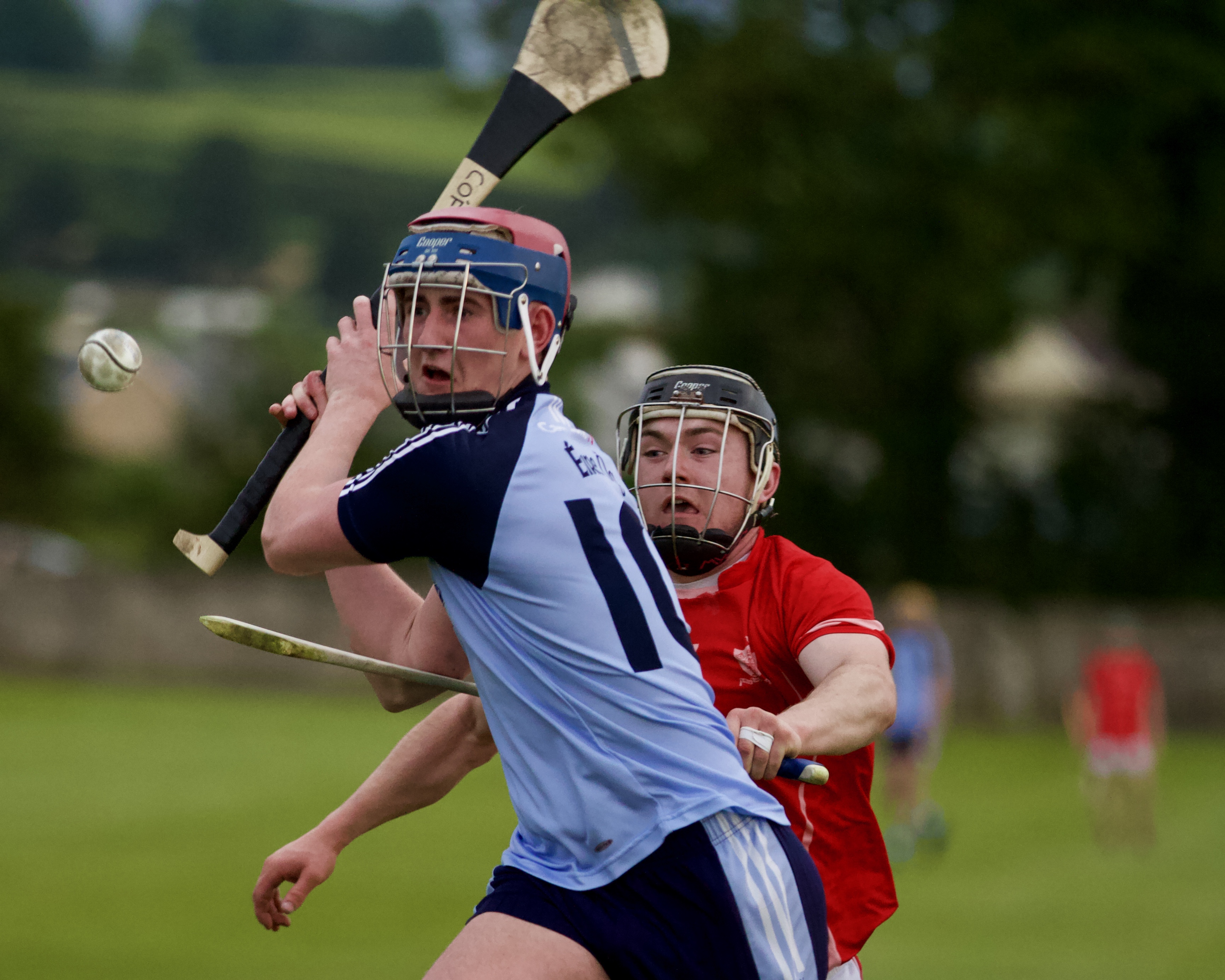 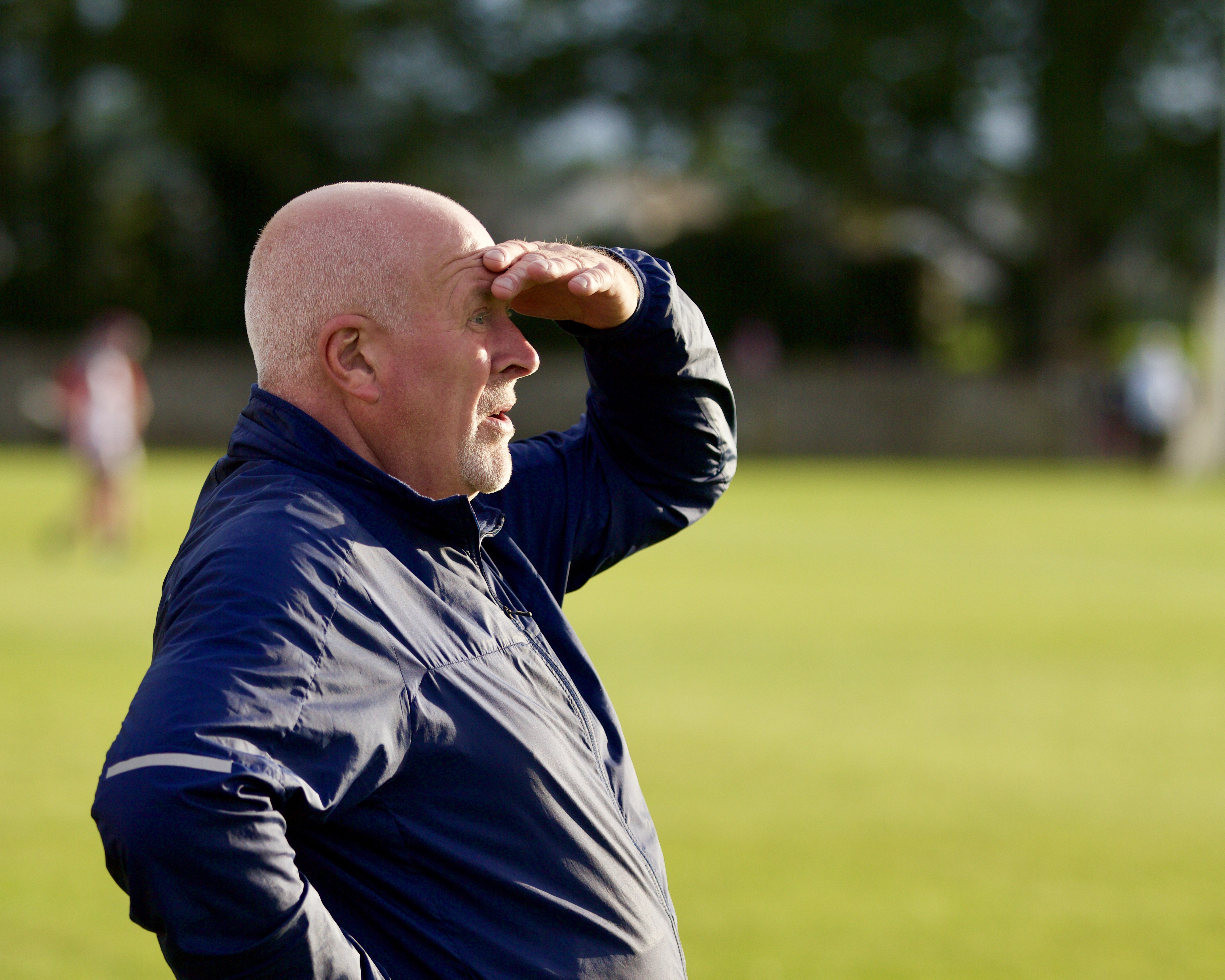 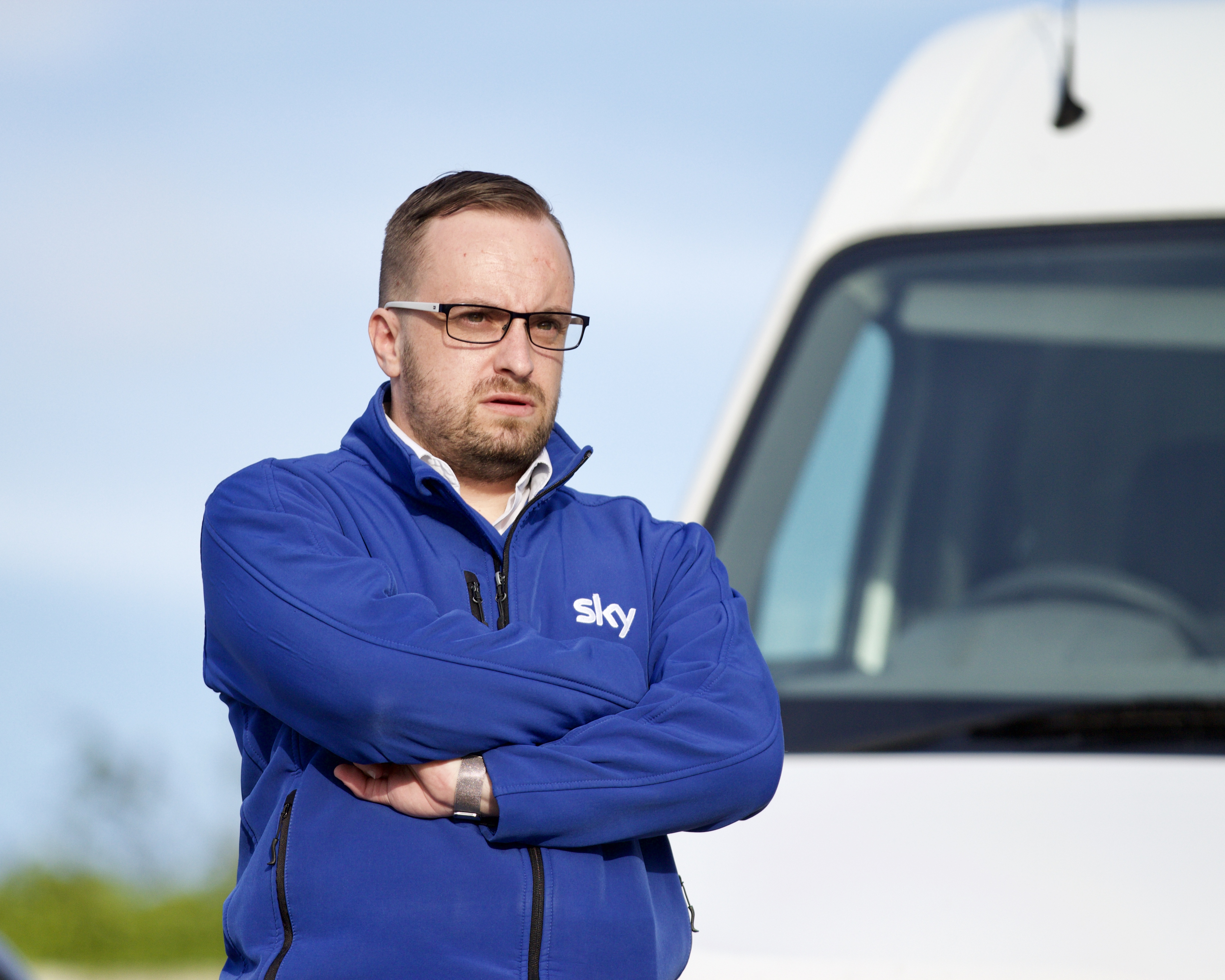