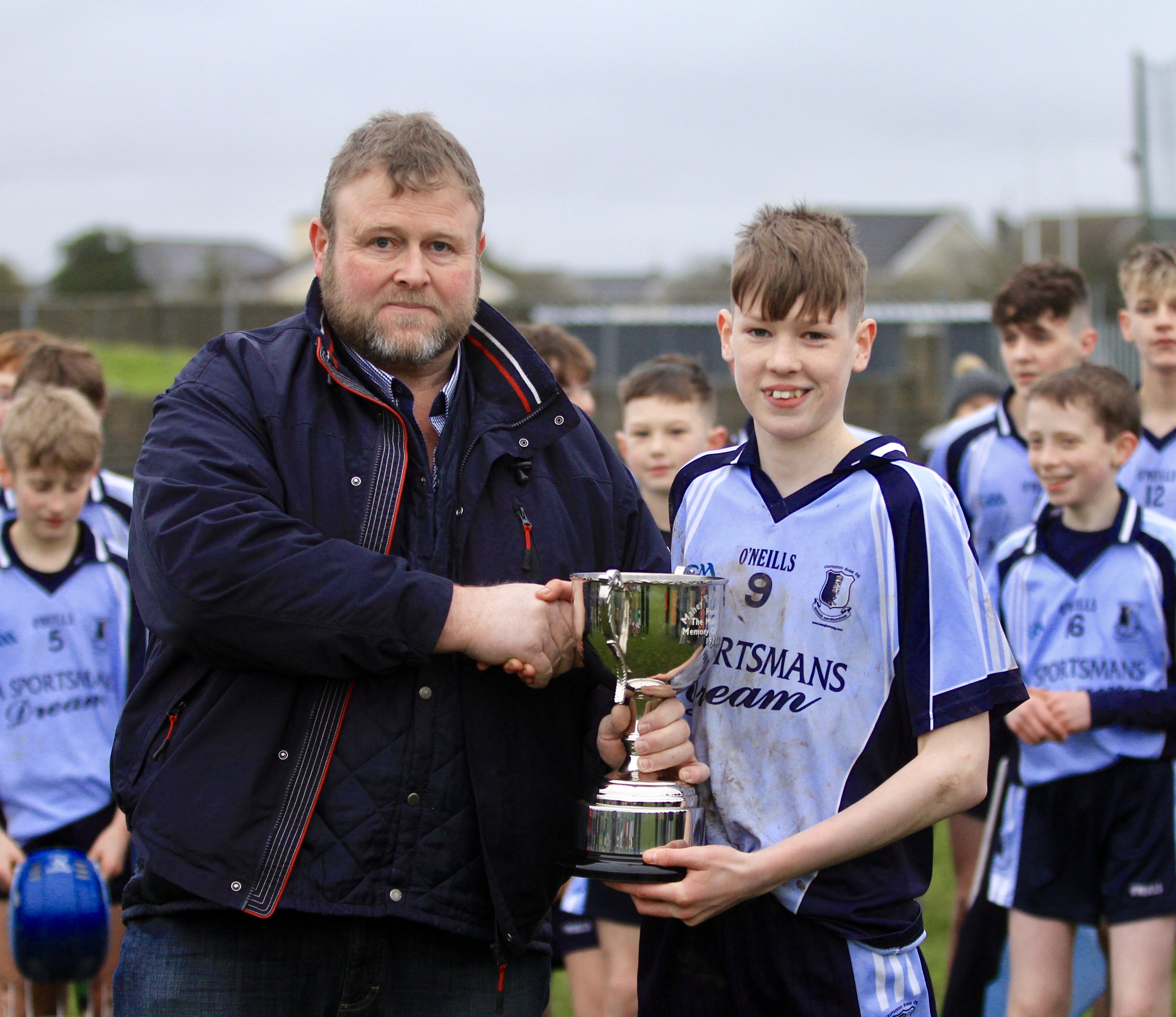 Our seniors returns to competitive action, our under-14s capture the North Tipperary Féile na nGael title while Jake Morris scores three points for Tipperary. All this and more in this week’s news on the Blues 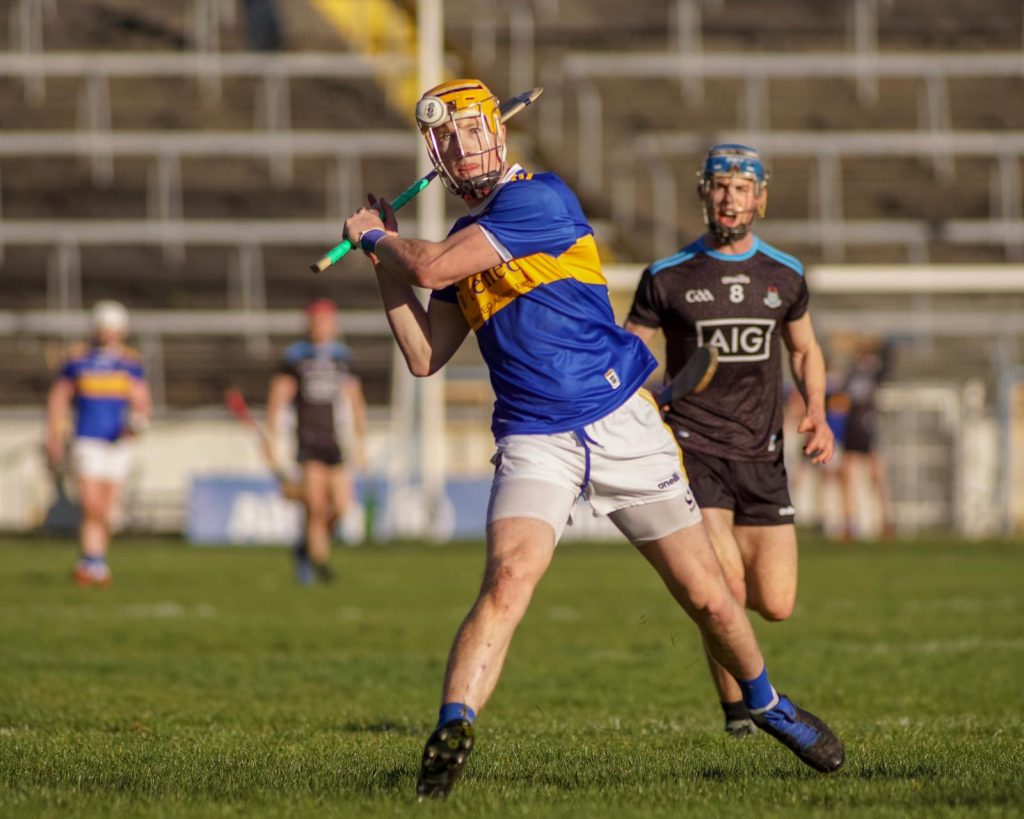 Hard luck to Jake Morris, Barry Heffernan and the Tipperary hurlers who were defeated by Dublin the Allianz league quarter final on Saturday evening in Semple Stadium. Jake had a smashing game scoring three points. The lads must bed down now and get ready for the Munster championship. 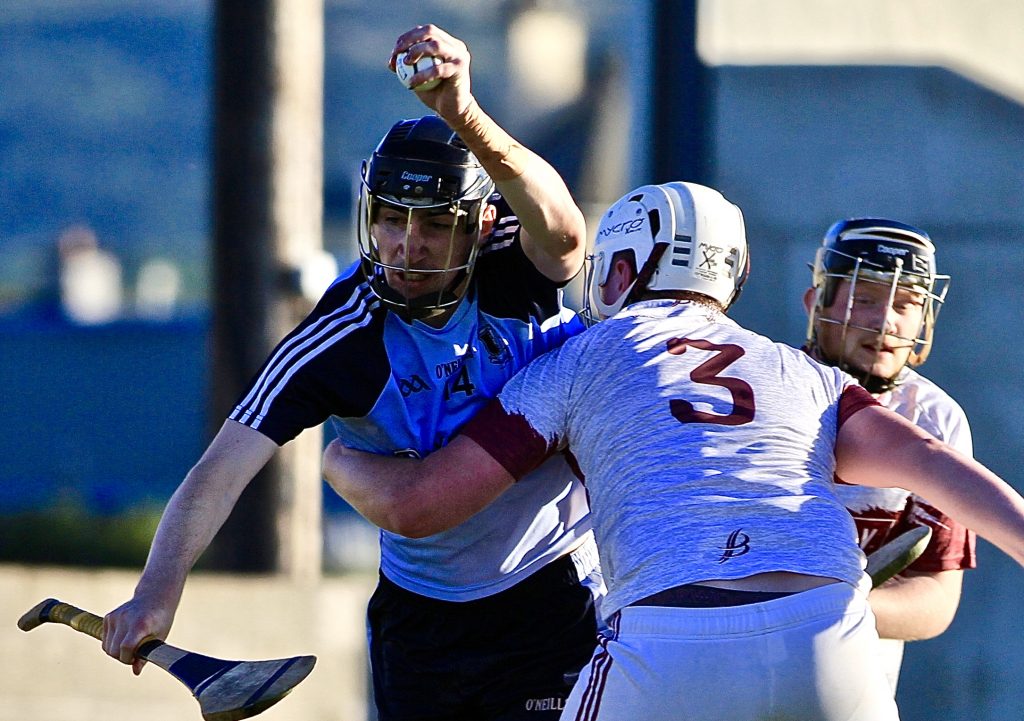 Our junior A and B hurlers open their respective league campaigns next weekend with the As playing Toomevara and the Bs lining out against Portroe. Best of luck to both sides and details of these games will be published on our website once they are confirmed. 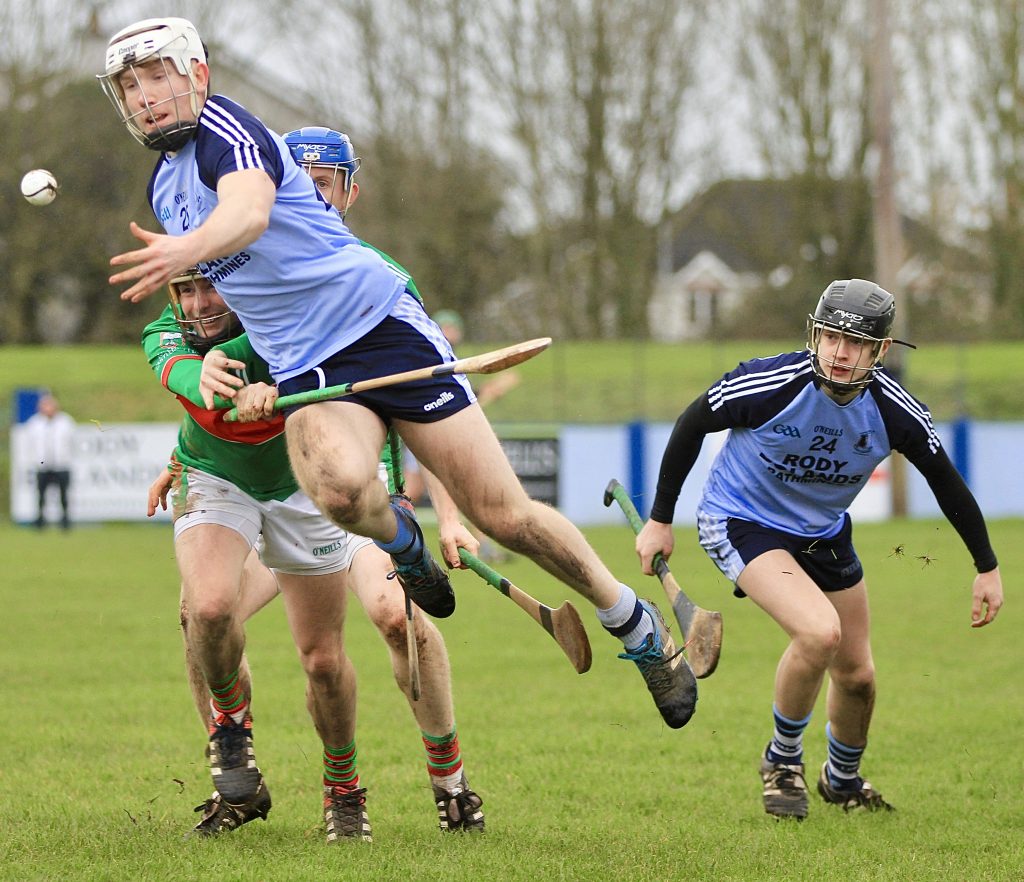 Our seniors were supposed to play Clonoulty Rossmore on Tuesday evening last but the game fell fowl of the weather. Please keep an eye on social media for details of the re fixture.

Nenagh Éire Ó 1-15 Loughmore Castleiney 1-18
We played out opening game of the Tipperary Water sponsored league on Bank Holiday Monday and Nenagh started brightly in this encounter and by the seventh minute they led 1-3 to 0-1 buoyed by a MIchael Heffernan goal after great work by Paddy Murphy. They maintained their advantage and went into the half-time break leading 1-7 to 0-7.
Loughmore worked their way into the game throughout the second period and in the 36th minute Shane Hennessy struck a fine line ball under the stand side of the field and a brilliant Anthony Ryan connection saw the ball fly into the Nenagh net. Nenagh suffered a further blow minutes later when Barry Heffernan was dismissed after picking up his second yellow card of the game. Loughmore took full advantage of the spare man with Brian McGrath mopping up numerous Nenagh attacks as the Mid men held out for a deserved three-point victory. 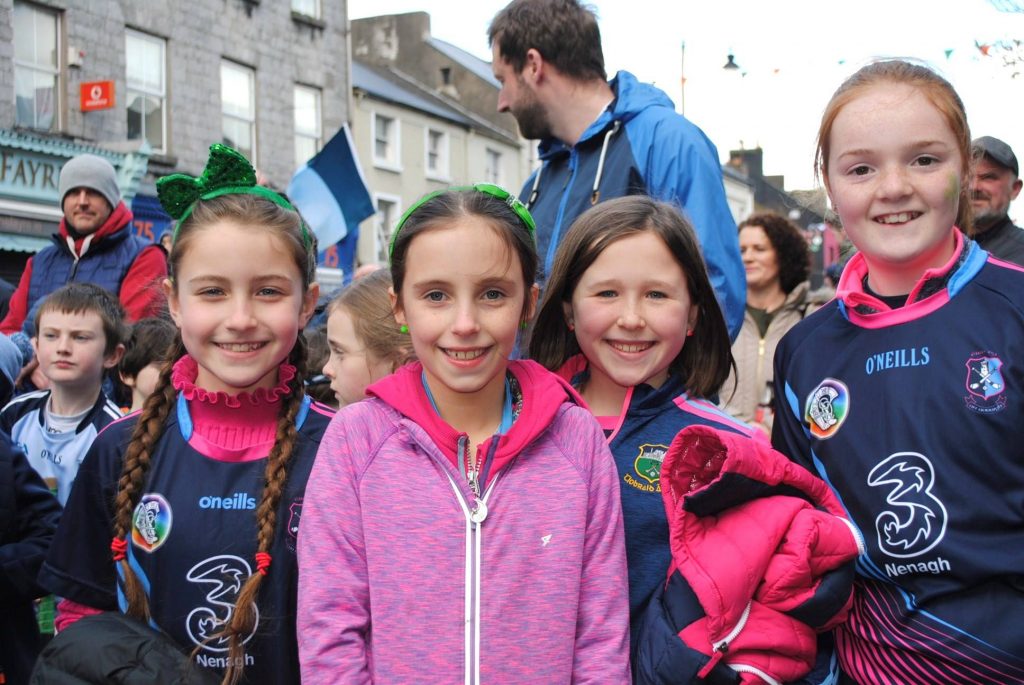 There was a huge number of players marching in the St Patrick’s Day parade. It was lovely to see so many boys and girls wearing the Éire Óg colours. Thanks to all the parents for joining in and helping out. A special word of thanks to Catherine McTiernan from the juvenile club for organising and bagging over 120 goodie bags for the children who took part in the parade. One of our under-6 girls, Laura Walsh, presented a sliotar to Councillor Hughie McGrath at the viewing stand on behalf of the club.


More league matches will take place over the next few weeks. Training as usual on Sunday mornings. Membership forms to be returned this week from players for insurance purposes.


Under-12s training will continue in Nenagh College from 7 to 8pm on Wednesday evenings. The first under-12 Cluster Blitz will commence on the 6th April at 11:00am in Kilcolman. 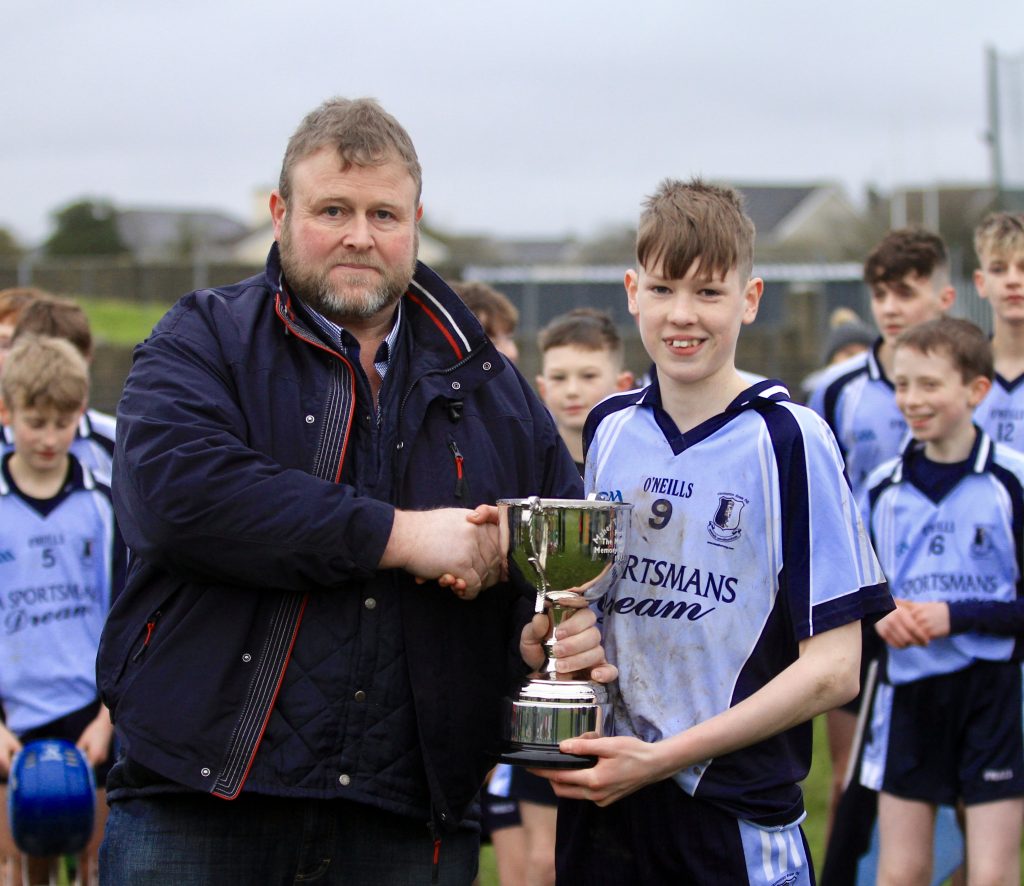 Congratulations to our Féile na nGael side who defeated Toomevara on Monday afternoon in the North Tipperary Feile final in MacDonagh Park, 6-13 to 1-6. Toomevara were fantastic opponents and there is no doubt that they did not deserve to lose by such a margin.

The Éire Óg Juvenile Club are holding our annual Table Quiz at The Dapp Inn on Friday, 22nd March at 9pm. Gather a posse, draw lots for the babysitting duties and come along to this social evening for some brain-teasing, a bit of fun but most of all, a great time. Parents of our newest and youngest members especially welcome. 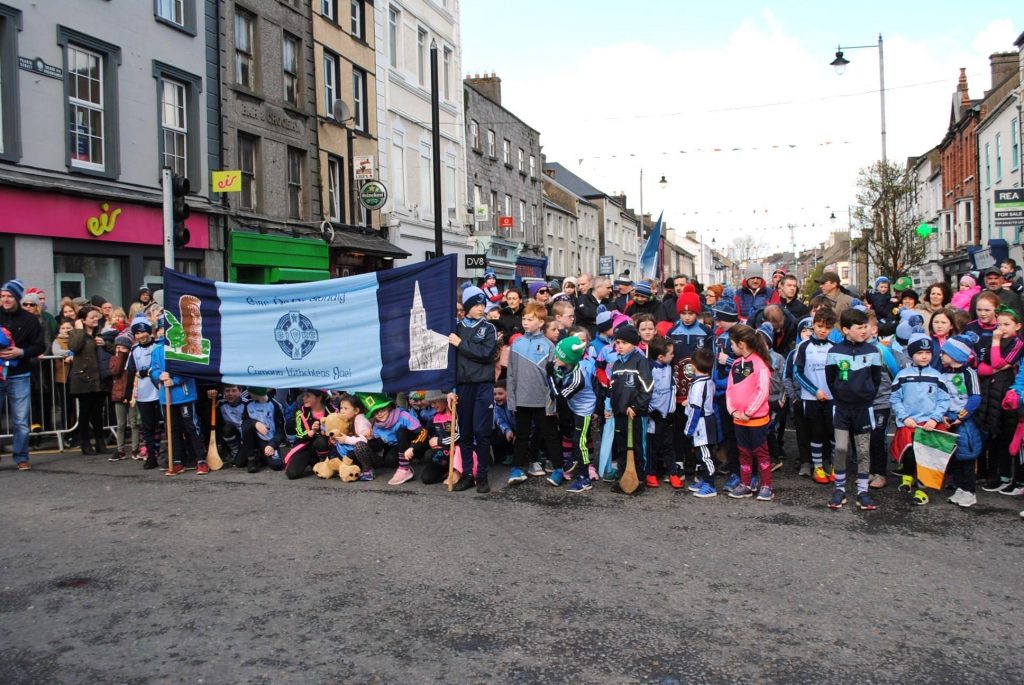 There was an incredible show of support for Nenagh Éire Óg hurling and camogie clubs yesterday at the parade. Many thanks to all the parents and players who represented their club with pride. This year’s parade was a great opportunity to highlight all the successes of the past year. Beannachtaí na Féile Pádraig oraibh go léir.

There was no winner of this week’s lotto draw.

Padraig Fitzgerald, c/o the Half Door