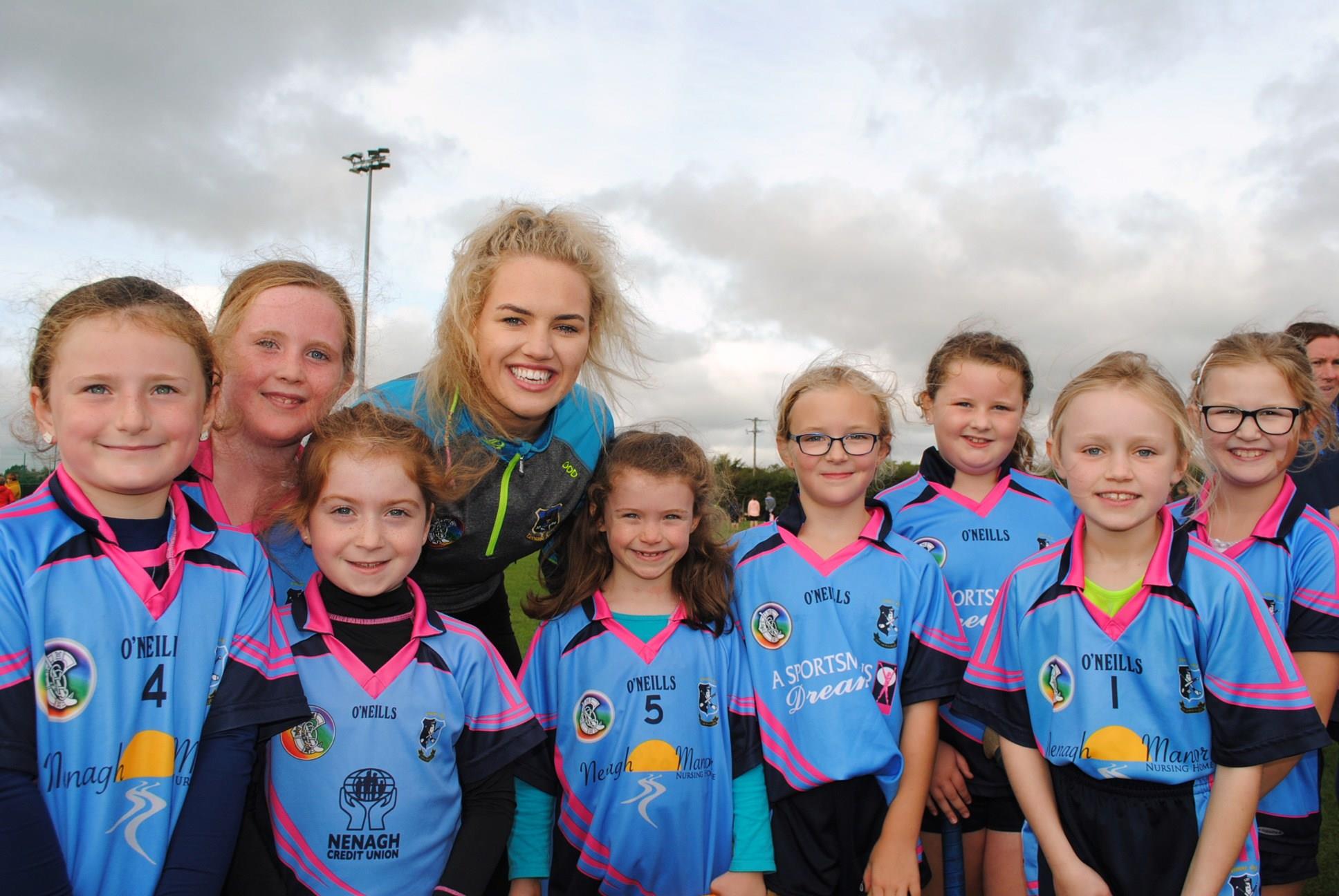 The senior camogs exit the championship, we have another All-Ireland winner while a club stalwart breaks numerous ladies’ hearts by tying the knot and much much more. Once again this week’s notes are teeming with news on the Blues 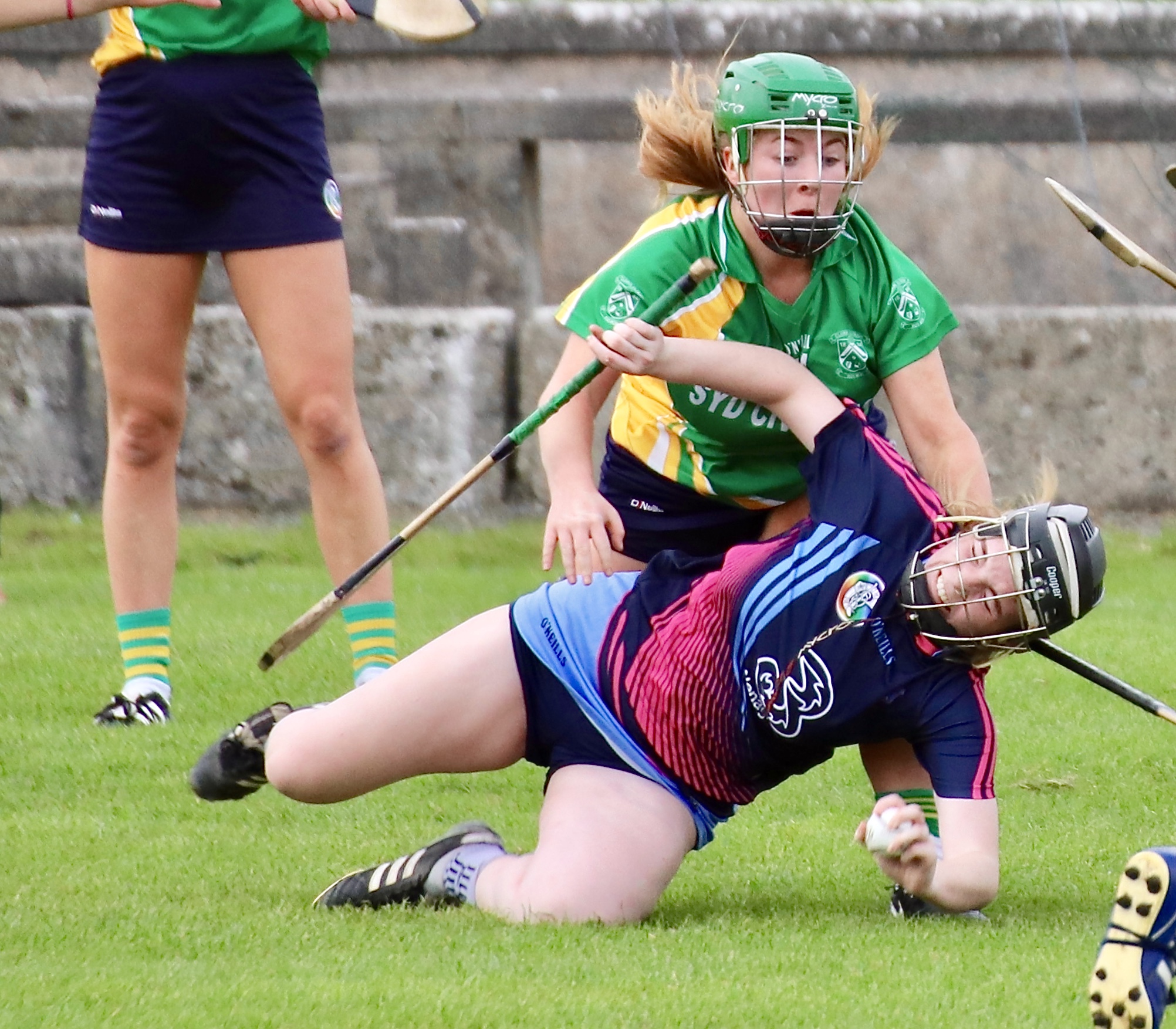 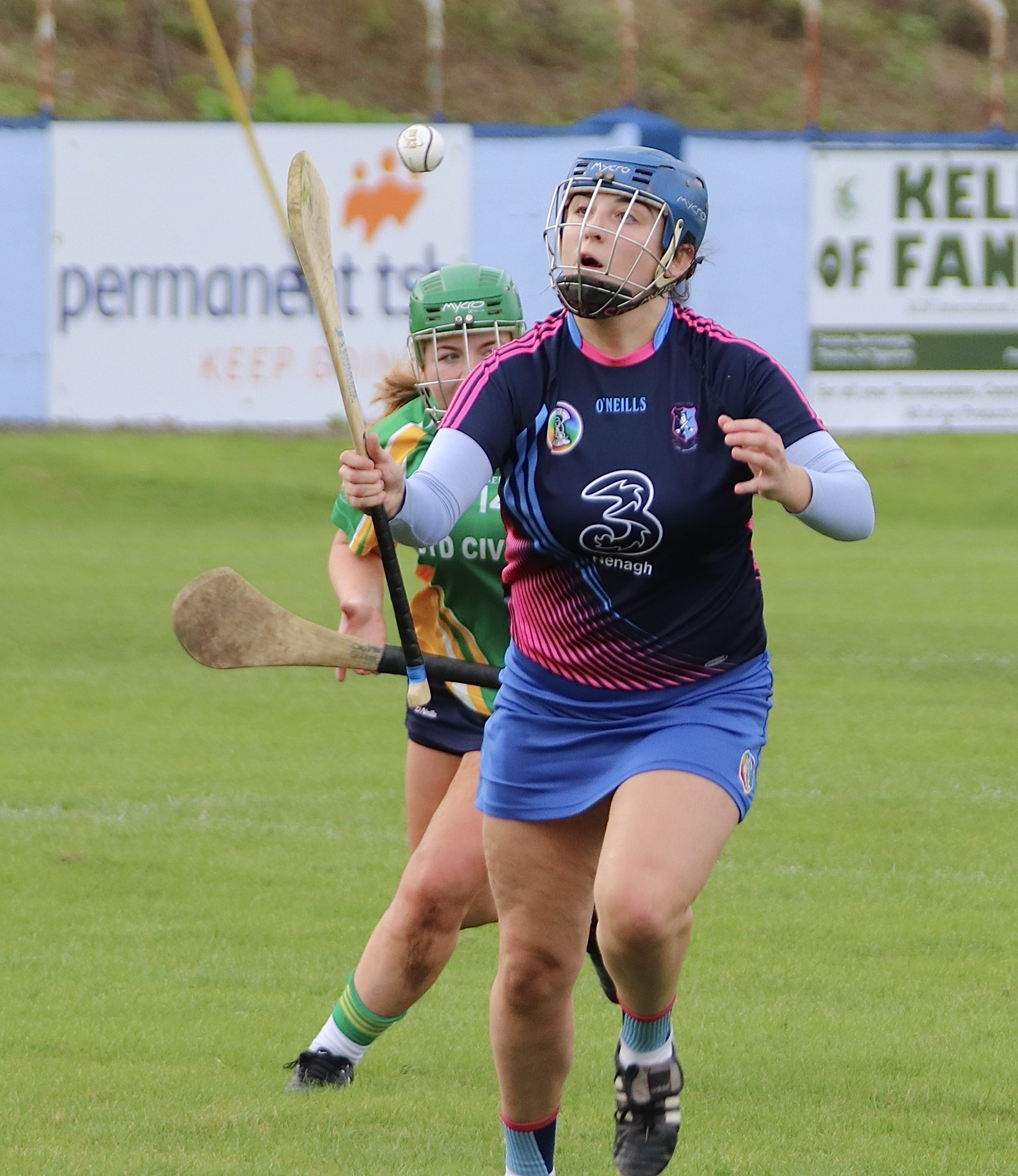 Our senior camogie team’s interest in this year’s championship ended in MacDonagh Park on Saturday evening following a 1-11 to 5-16 loss to Clonoulty Rossmore. This year has seen the panel build on the great work of 2017 and beating Borris-Ileigh before losing to Éire Óg Annacarthy and Clonoulty Rossmore in the championship following determined efforts by all the team. The side also reached the league final against Drom & Inch but unfortunately the game was never played. The club wish to thank the entire panel and their management team for all their hard work and we are already looking forward to next year’s competitions. 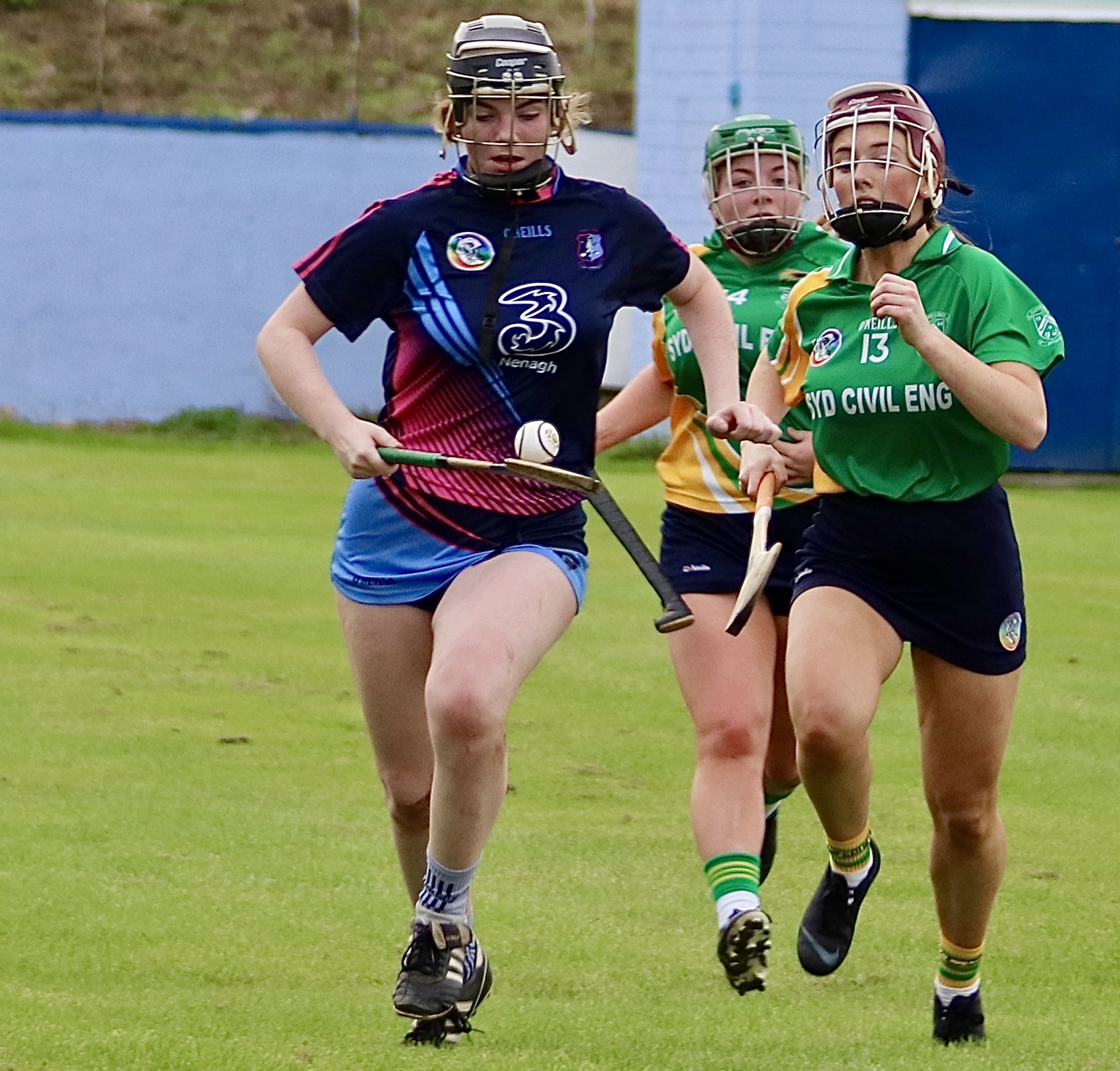 The under-14 side travelled to Fethard on Sunday evening and recorded a great win. Well done ladies. This was the first time we had a full panel all year and the great work is really paying off. 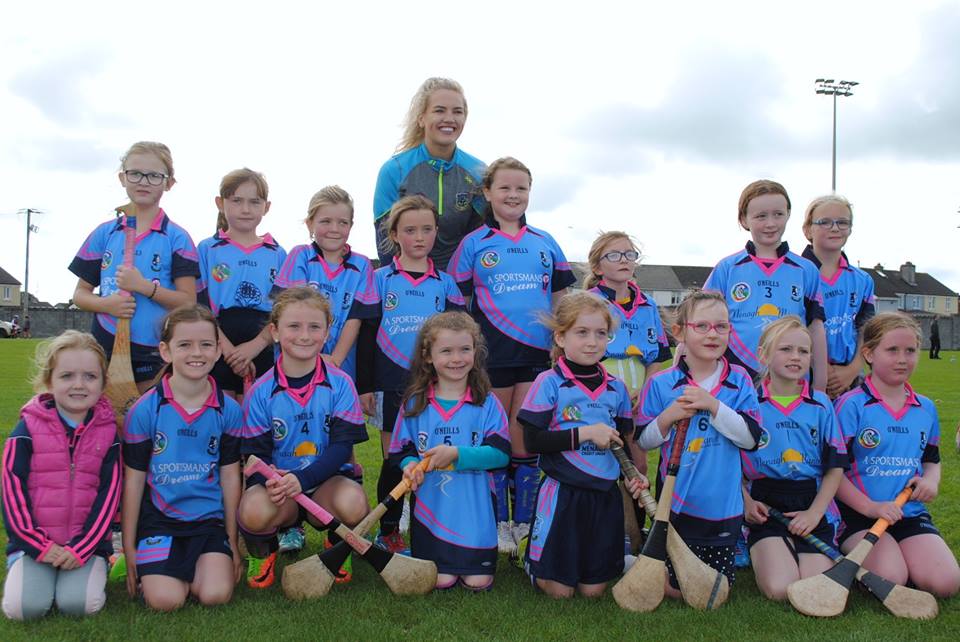 The under-8 camogs with Tipperary dual star Orla O’ Dwyer

Our under-8s played a County Camogie Blitz in Doctor Morris Park in Thurles on Sunday morning. Nenagh Éire Óg had two teams playing Fethard, Thurles, Borris-Ileigh, Cahir and Slieve Feilim. When all games were complete the girls had an opportunity to meet with Tipperary dual star Orla O’Dwyer. Earlier this summer Orla played two inter-county matches in the one day. The Camogie captain played in a football championship match against Kerry in MacDonagh Park, watched by a number of our young girls and just four hours later played a Camogie championship match in The Ragg against Offaly. She set up our own Grace O’Brien for the winning goal late on in the game. Someone for our girls to aspire to! The morning was rounded off with a presentation of certificates by the county board. Well done to all involved and a very special thank you to Orla for taking the time to meet with all our young players. 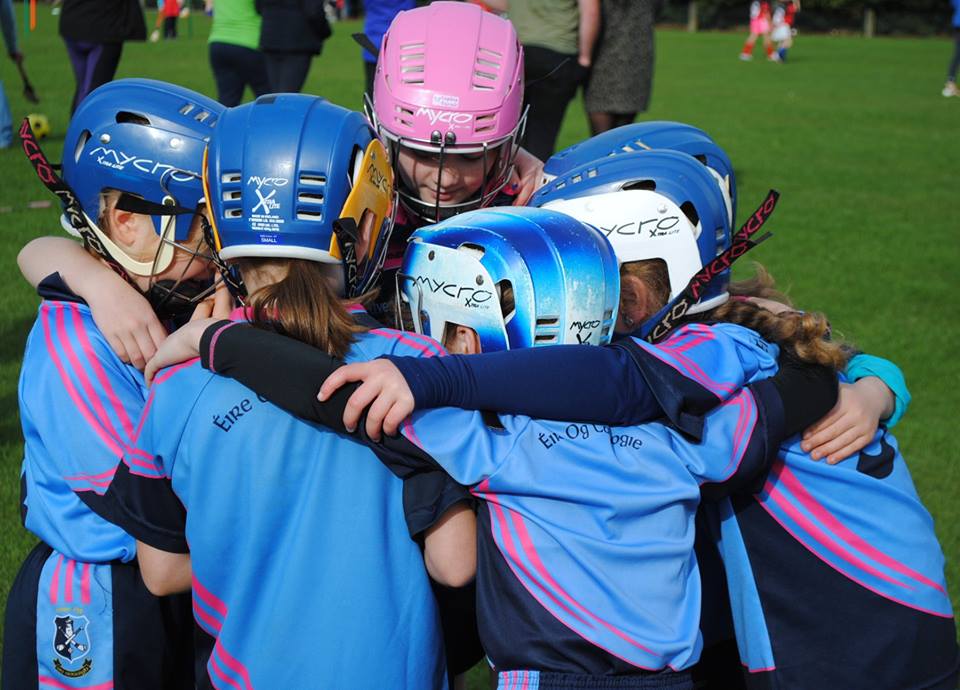 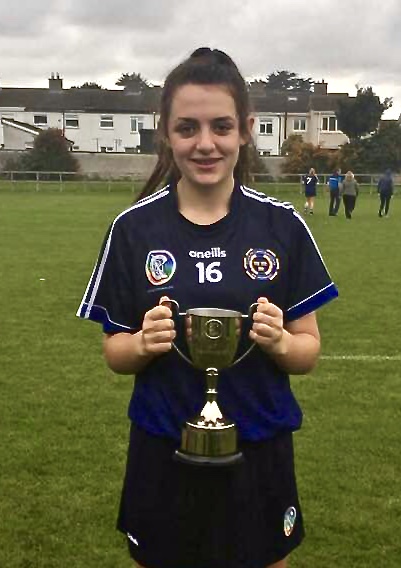 Congratulations to Megan Grace who played for the Munster under-17 Camogie side in the inter-provincials in DCU recently, winning an All-Ireland medal. Well done Megan and keep up the great work. 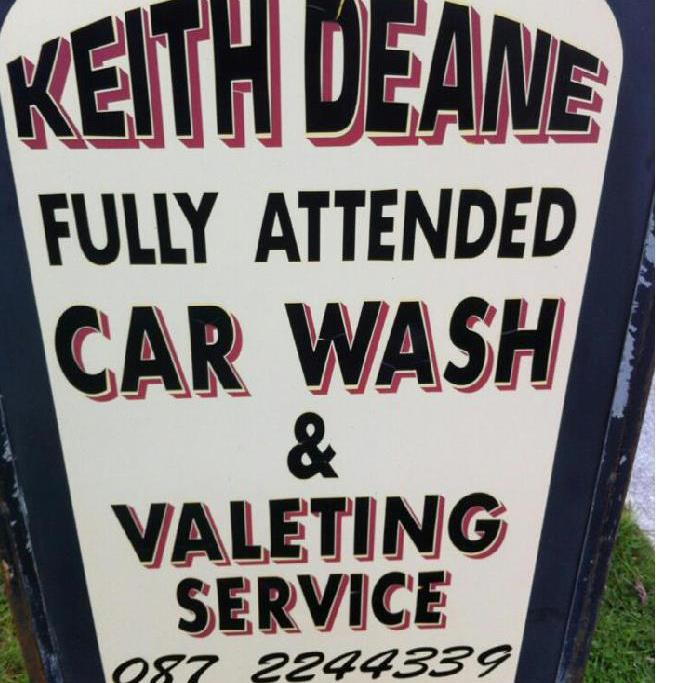 The Camogie club will be hosting a car wash fundraiser at Keith Deane’s Car Wash on the Limerick Road on September 30th and the club are looking for the club’s dirtiest cars to get a well deserved and long overdue clean. The wash will cost a very reasonable €10 or €15 for two cars. 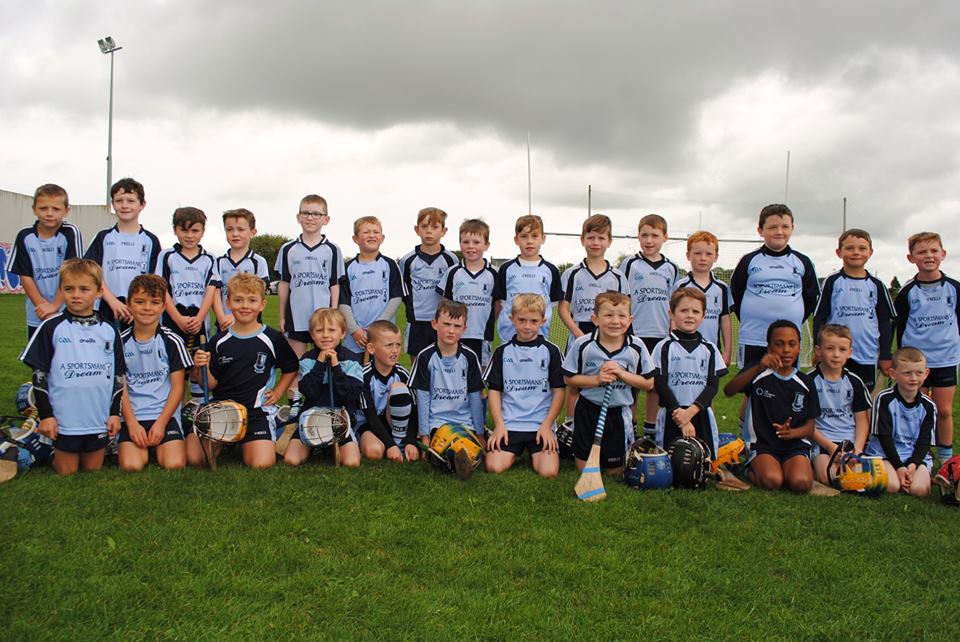 The under-6s travelled to Roscrea for a blitz with Kilruane MacDonaghs also in attendance. We had a great turnout with four teams and each team playing three very competitive and highly entertaining games. We have another blitz this Saturday in Newport which will be our final blitz of the year. 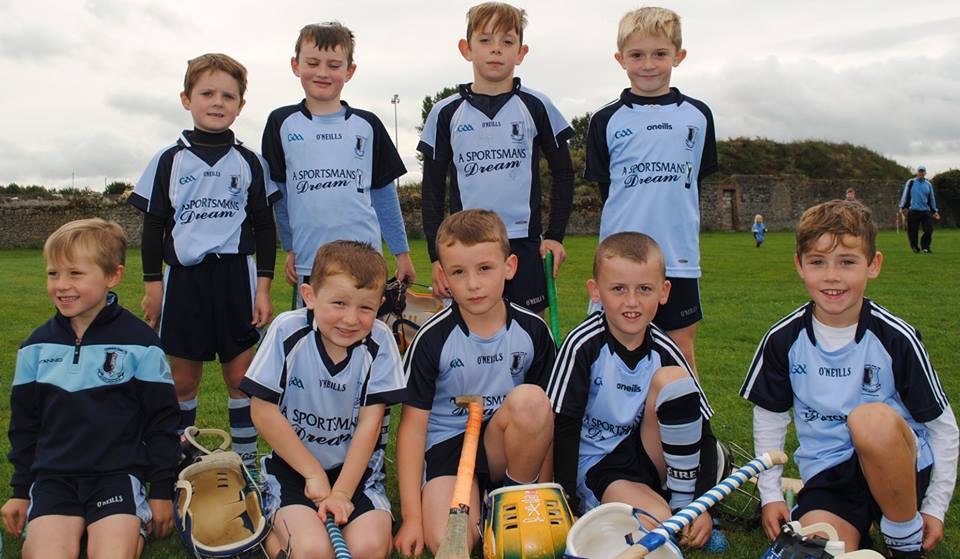 The under-8 boys travelled over to Páirc na nÓg in Thurles on Saturday morning to play a hurling blitz against Dúrlas Óg, Holycross/Ballycahill and Dicksboro from Kilkenny. Over one hundred boys took part in a wonderfully run blitz that was highly competitive and skilful. We had 27 boys togged out on three teams, all playing four games each. The hosts treated us to a huge selection of food afterwards. Our thanks to Dúrlas Óg for this and congratulations to them on winning the county under-14 hurling title later in a very busy day for them. Training continues Wednesday evening at 5.30pm and again Saturday at 10.00am. 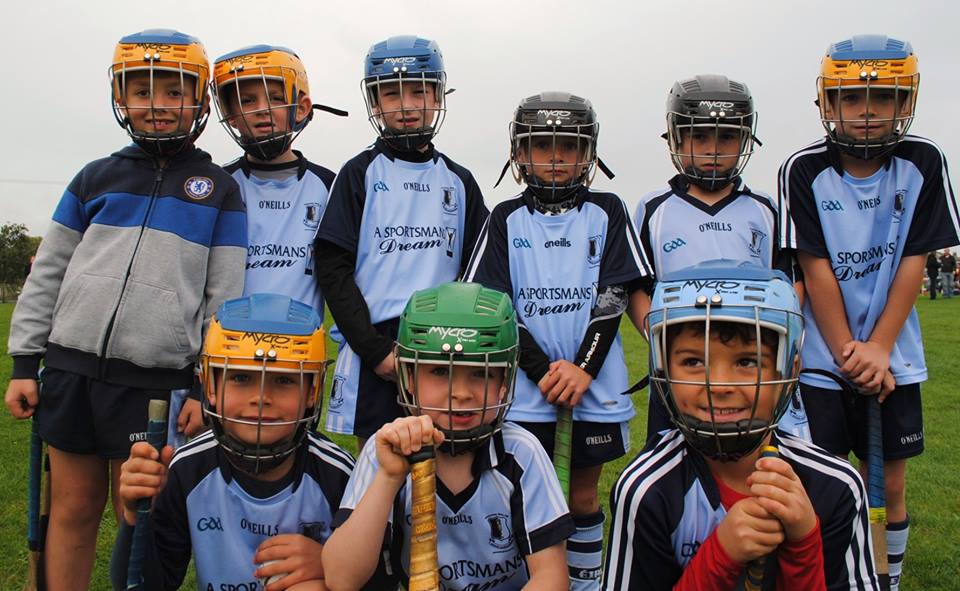 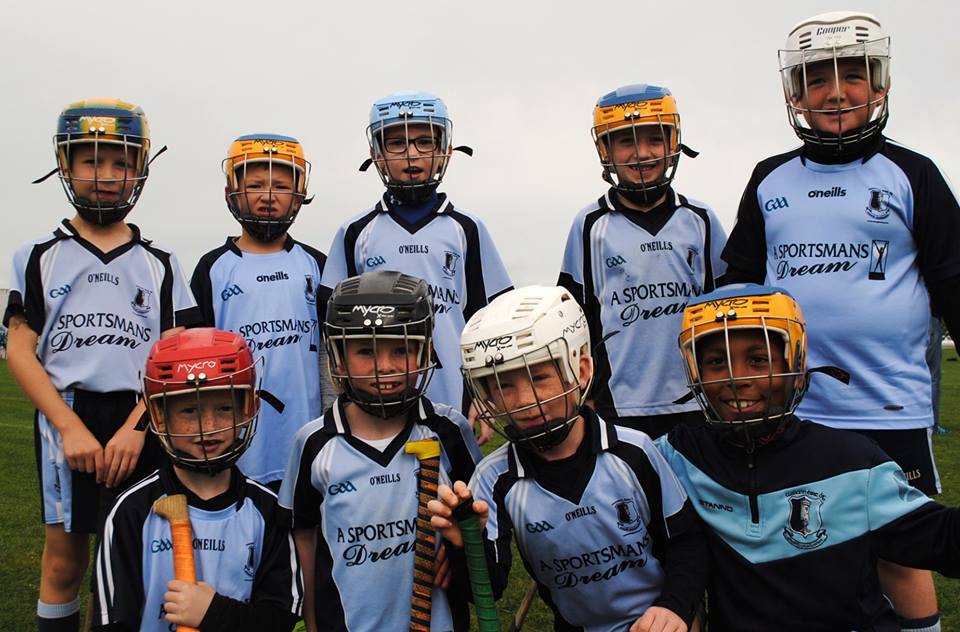 The under-11s play Borris-Ileigh this Monday evening in Nenagh with our D’s playing at 6pm, and A’s at 6:30pm. 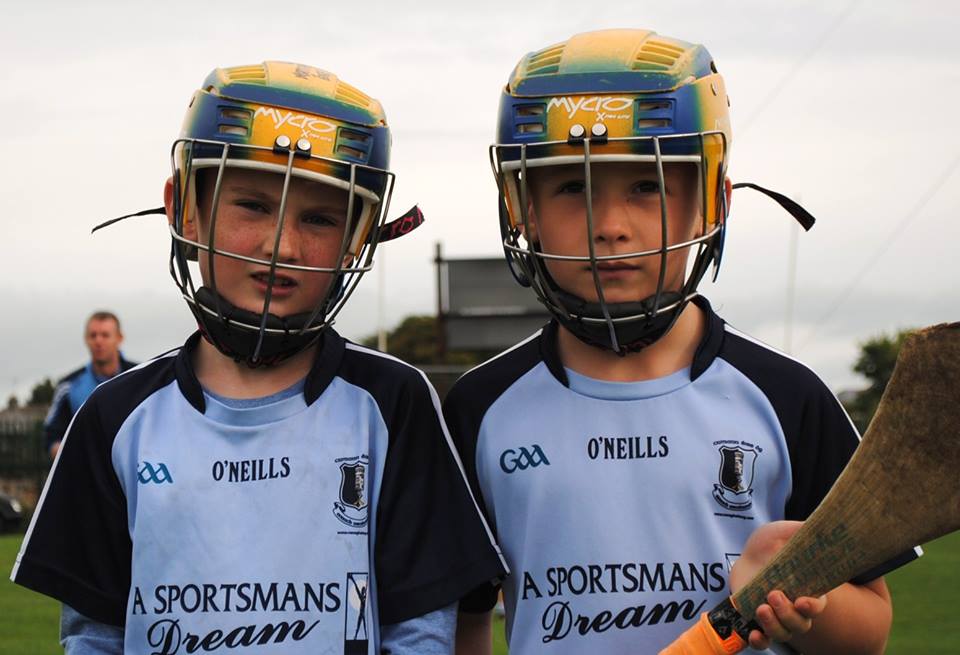 Under-13 training continues this week. Our boys have a bye in the competition this Wednesday evening. 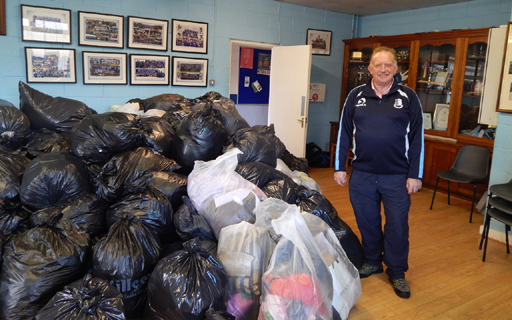 Nenagh Éire Óg juvenile club will be holding a clothes collection on Saturday October 6th in the complex. Bags of old clothes can be dropped to the complex from 10 am on the day. Further details shall appear on the club’s Facebook page in the coming days. 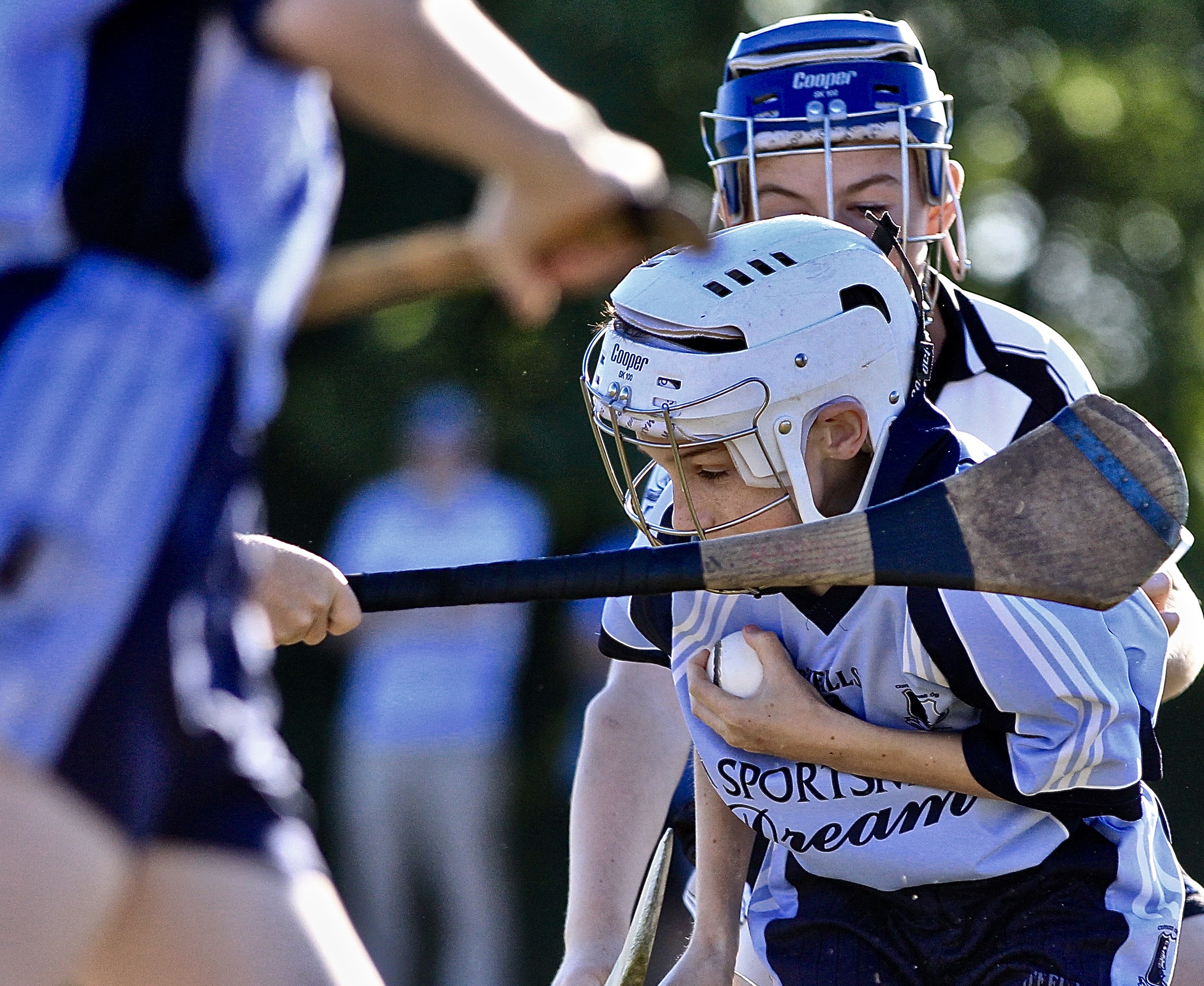 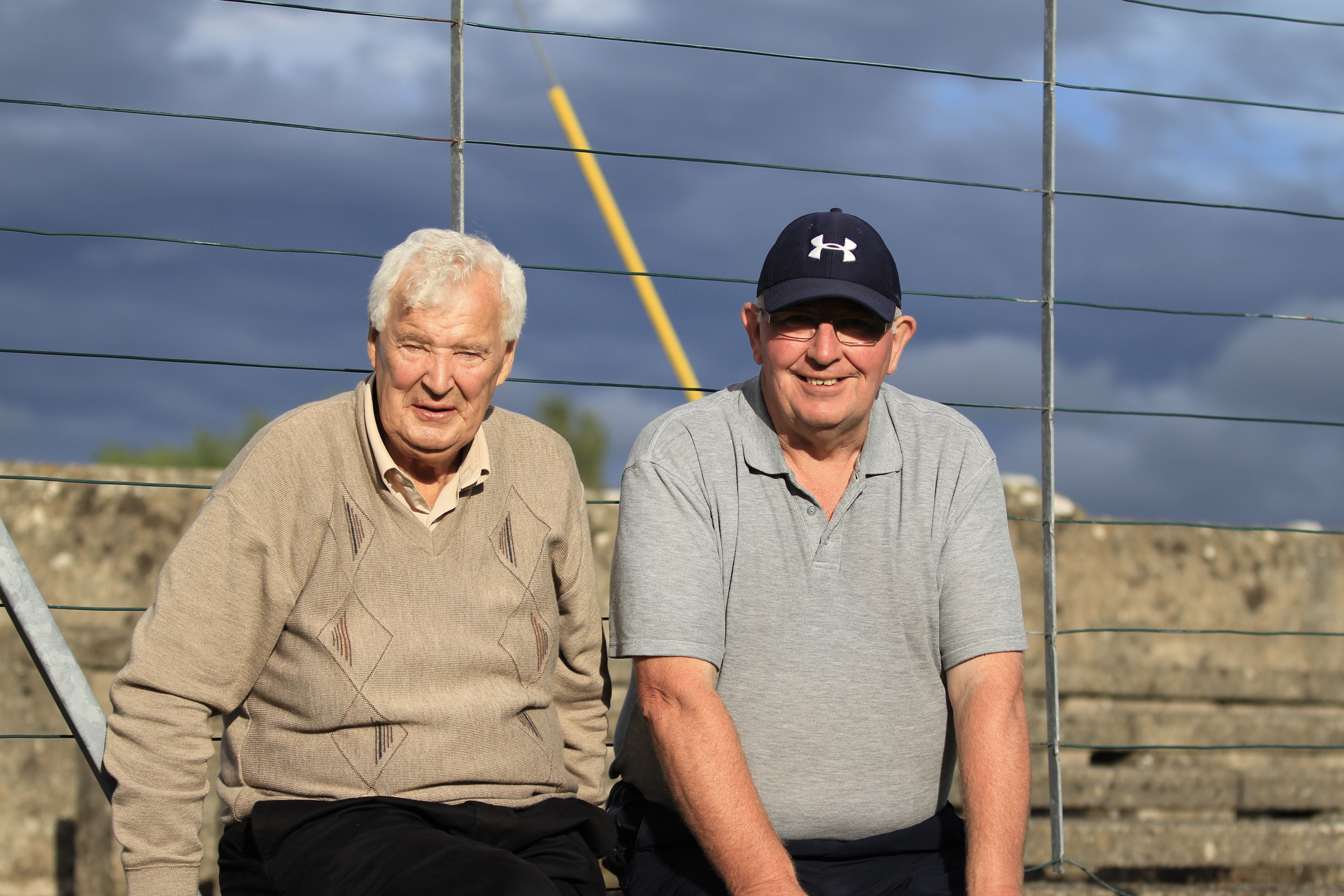 Noel Coonan and Bartley Ryan, two great clubmen who worked tirelessly today to help make the staging of the North Final such a huge success

We wish to thank all our volunteers who helped make the staging of this year’s North Tipperary senior hurling final in MacDonagh Park such a huge success. Without their selfless work ethic, these major games could not take place in Nenagh. One particular man went above and beyond the call of duty today and that was Noel Coonan who took care of the dressing rooms, fed the Tulla Pipe Band during the first-half, the VIPs, the referee and his match officials at half-time and cleaned up afterwards. Who says men can’t multitask? Congratulations go to Kilruane MacDonaghs who, for the first time since 1990, claimed their 19th Frank McGrath Cup following a 0-19 to 0-12 win over Kiladangan. Best of luck to both sides in the upcoming county championship.

Fantastic stuff from @MacDonaghsGAA to bridge a gap between north titles stretching back to 1990!! Massive win for the club. A place for new heroes will have to be found on the decorated and class clubhouse walls!! Congrats to all involved on a great victory!! #GAA #Hurling 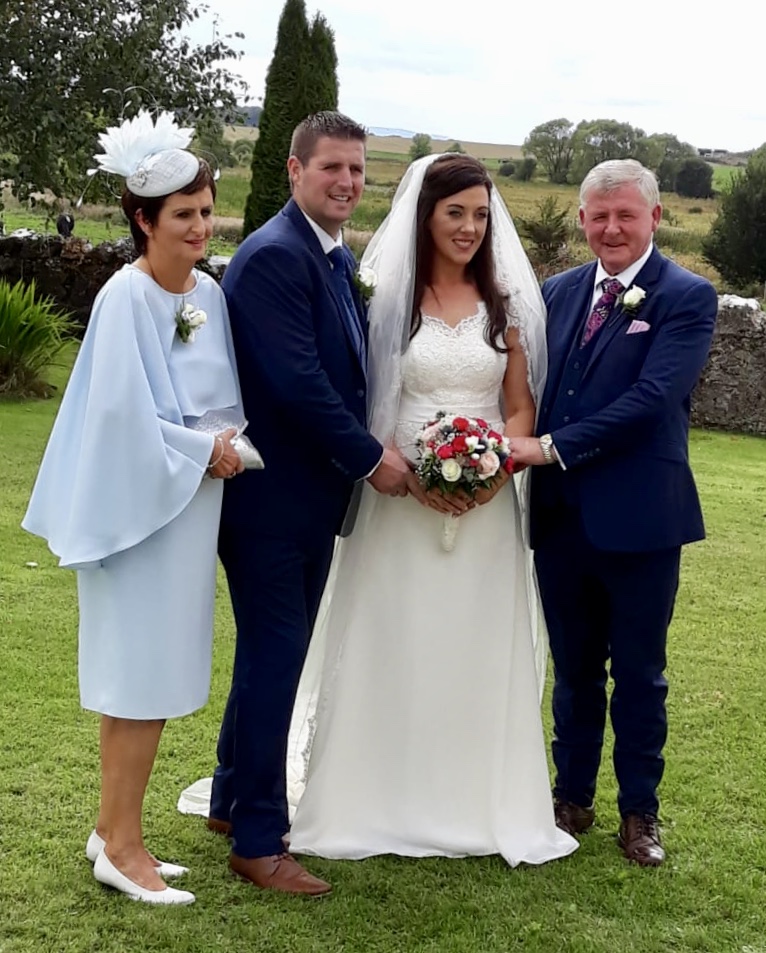 Congratulations to Derek Lillis and Auven Melia who tied the knot over the weekend in a beautiful ceremony. As news of the wedding spread reports of devastated young ladies from around Nenagh and beyond were pouring in but Auven was the lucky girl who ended up capturing this strapping young heartbreaker. The Lillis family regularly put their shoulder to the wheel when there’s work to be done in the club and today was no different with Matt acting as a steward at the North Final. Derek himself arrived to help out while his new bride leapt from the car before it had stopped moving to go and watch her beloved Kilruane MacDonaghs win the title for the first time since 1990. There are many people wondering if her wedding yesterday or Kilruane’s victory today was the highlight of her weekend! Everyone in the club wishes Auven and Derek many years of happiness together. 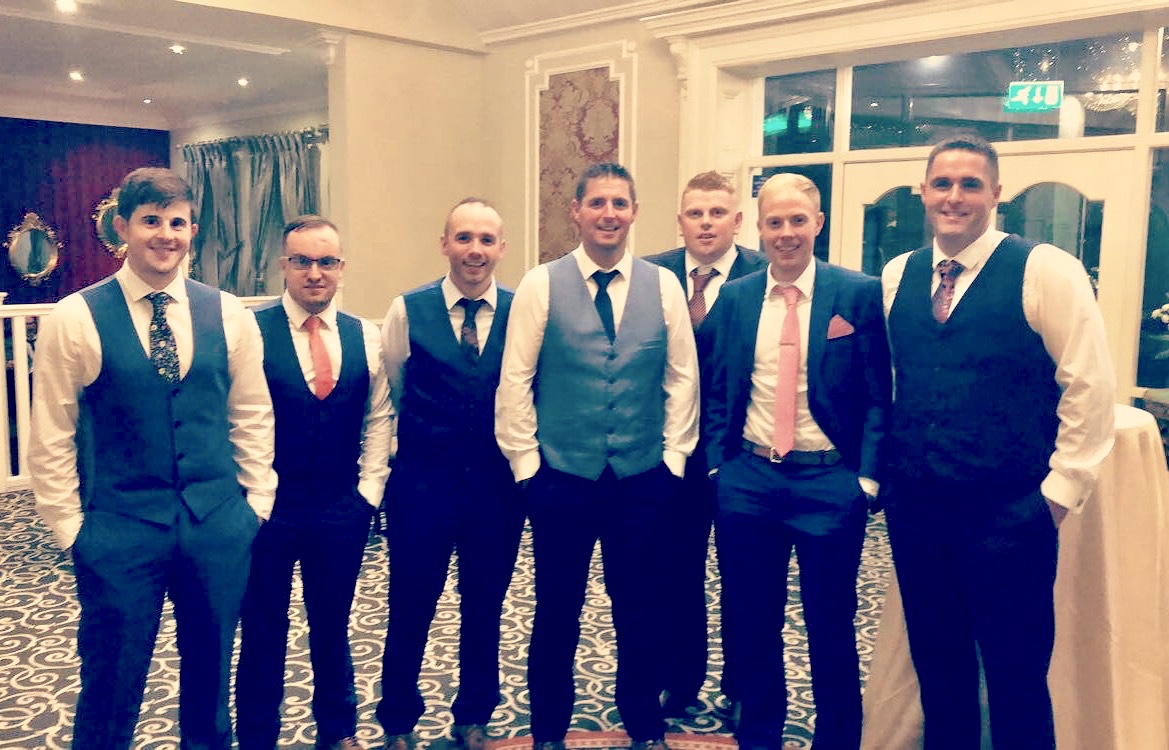 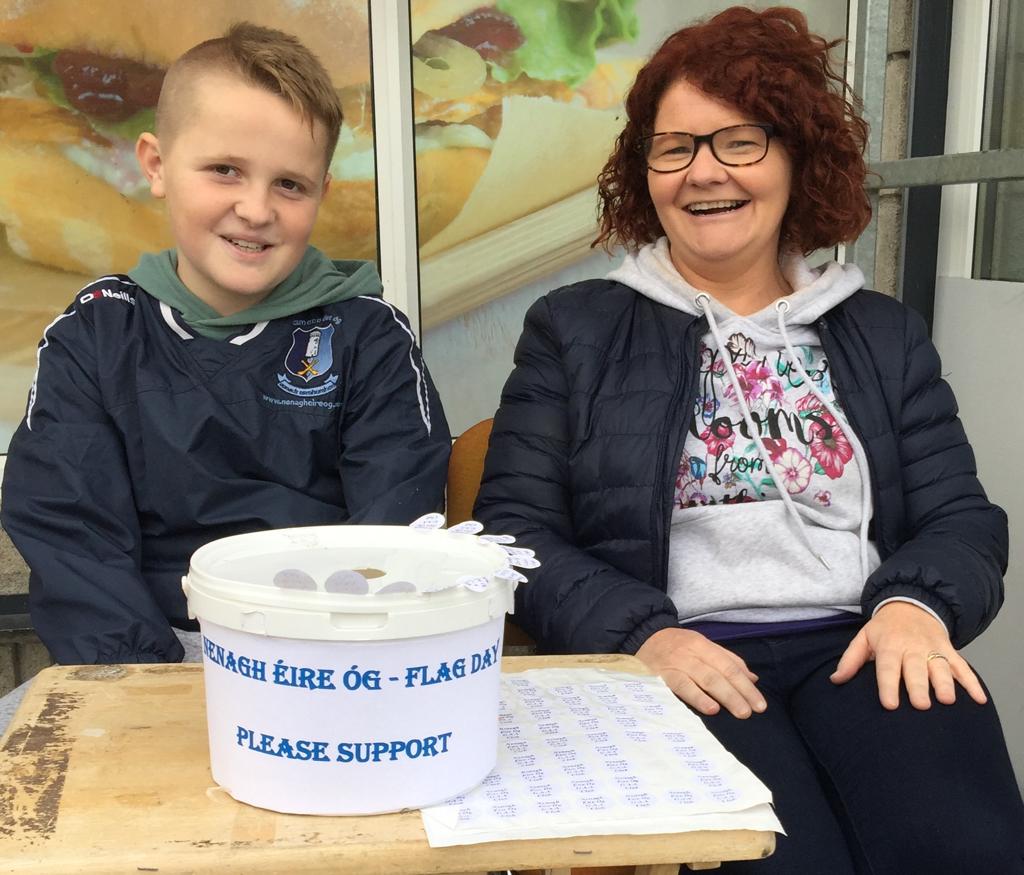 Emmet and Eileen Jones collect outside Costello’s shop on Saturday

The club held its annual flag day on Saturday with volunteers kindly giving up their free time to collect vital funds. The club wishes to thank all who helped out on the day, the understanding business owners and all the generous people who kindly donated. Without your help the club would not be in the position it is today. 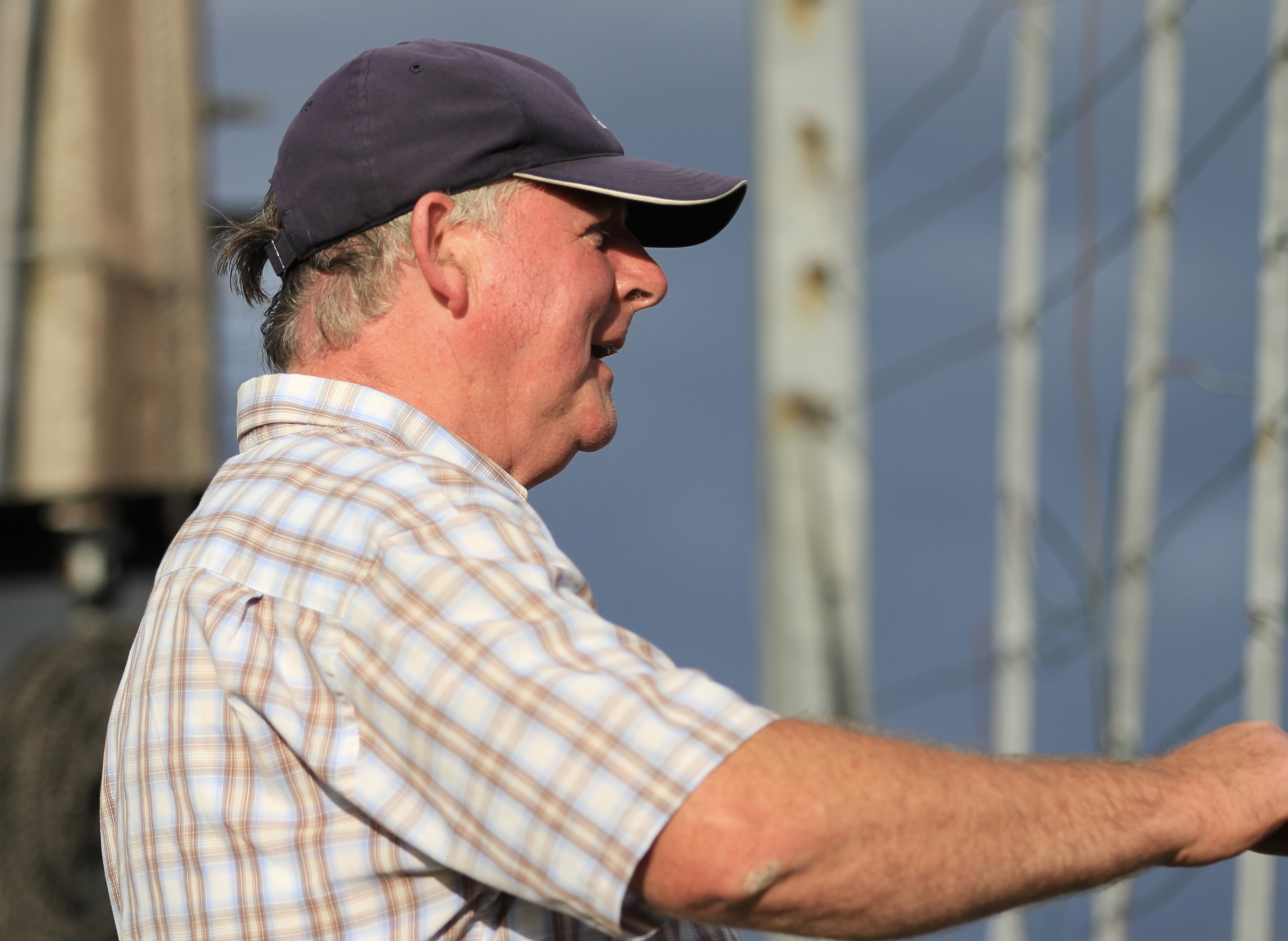 Matt Lillis who helped steward today in MacDonagh Park, the day after his son Derek got married 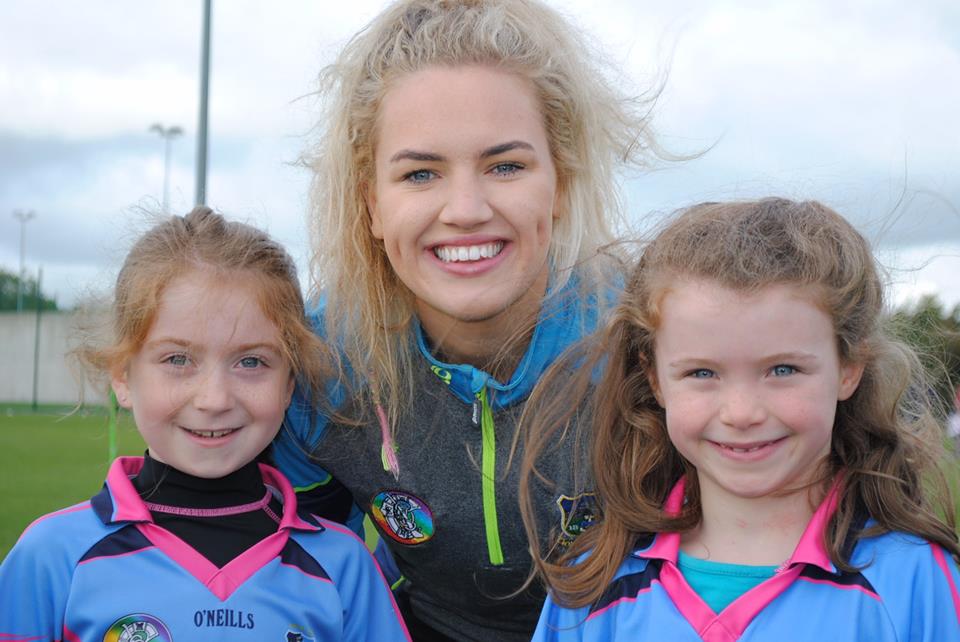