Well done to our Junior B Footballers who qualified for the Co Final on Sunday last with a good win over Clonakenny in the Co semi final in the Ragg. Trailing 3 points to 2 half time, Philip Hickey got an early second half goal and the lads found their scoring boots from there, running out six point winners in the end. The final score was 1 – 8 to 5 points.

West and South champions will meet in the second semi final next weekend with the fixture for the final to be confirmed. Well done to all involved.

The draw for the North U21 championships took place last Fri night where we received a bye in the quarter final. The three quarter finals will be played next weekend and we await the draw following these games to find out our semi final opponents. The semi finals are due to be played the weekend of 27th/28th Nov.

We are now into the second year of our relaunched lotto where the Jackpot has risen from €2,100 to €7,800. All those who opted in for the 52 week option when our lotto was relaunched last year should note that this ticket has now expired unless you chose the auto renew option. If the auto renew was not chosen at the time you can now rejoin through the link below:

Next Monday night’s lotto jackpot will be €7,800. To be in with a chance to win please play our lotto online via the link above. If you’re not in, you can’t win!!

We extend our sympathies to the Naughton family and to all involved in Nenagh athletics on the recent passing of Seán Naughton. Seán was one of the town’s truly great sports people and worked tirelessly for athletics both in Nenagh and throughout the country over the years. Ar dheis Dé go raibh a anam.

The photograph below of Nenagh Éire Óg U17 player Taurai Shayanewako featured in last weekends Co Finals programme. It shows Taurai playing with Tipperary in last year’s Munster Minor Championship game against Kerry. A great picture of Taurai in action by Bridget Delaney, it was included in the programme as Bridget’s ‘Photograph of the Year’. 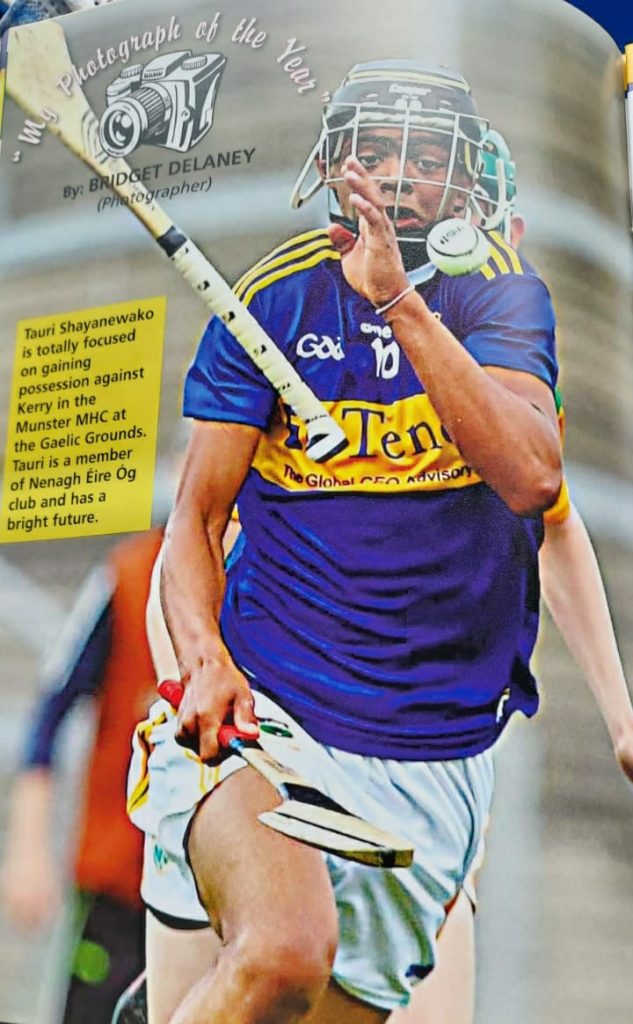 Nenagh Éire Óg Camogie Club AGM
The AGM will take place on Thursday November 18th at 8pm in the club. All members welcome to attend and there are spaces on the committee for anyone interested in joining.
Under 14/16s
We made the long trip to Goatenbridge to play what was to be our final game of the season, a co u15 semi final, against a much-fancied Ballybacon Grange team. Our girls started nervously and the hosts took advantage straight away to put over 5 points in the first quarter. From the water break onwards, we gradually gained our confidence. We played very well for the remainder of the game but unfortunately we failed to convert our scores and Ballybacon ran out easy winners in the end.
Every one of the Nenagh girls must receive great praise for their commitment and application right throughout the year. This is a team which is improving all the time and we will look forward with great optimism to seeing them play u16 next year.
Thanks also to all the parents who gave up their day to make the long trip.
Training will continue for 2 more weeks – Monday and Thursday 7-8pm. 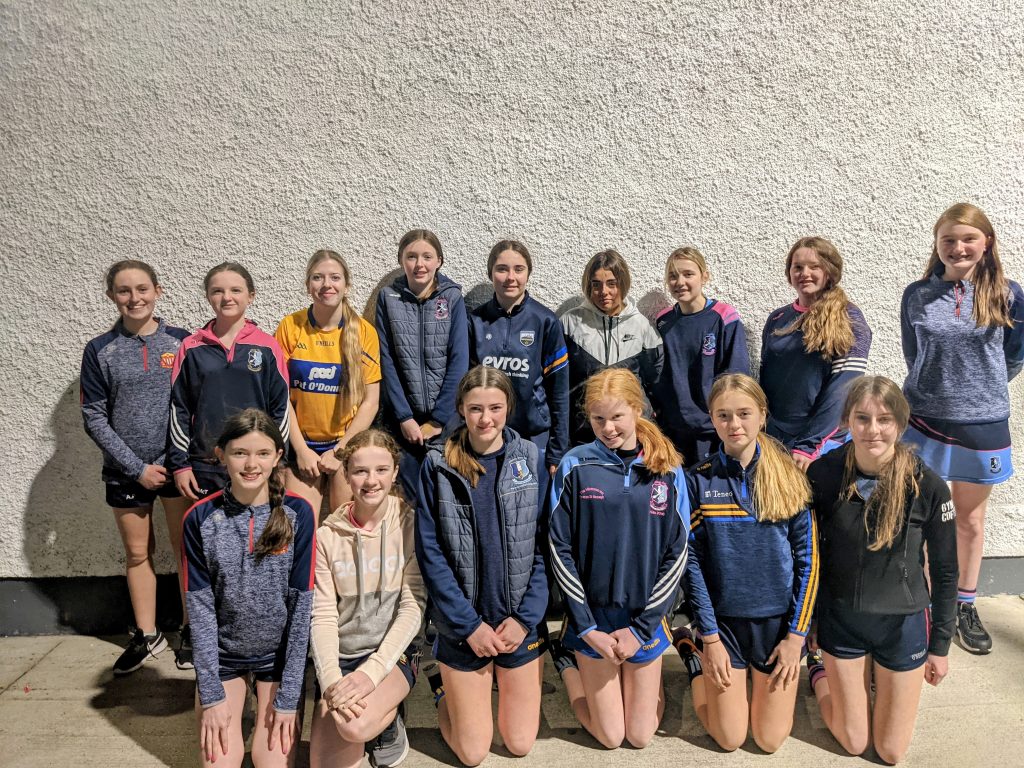 U15 Camogie group who were defeated in the Co U15 semi final last weekend.
Under 12s
Training continues on Mondays and Wednesdays 6-7pm.
This Monday evening we will present our two u12 teams with their medals from their respective 2021 county finals. We will also present runners-up medals to our 2020 U12 beaten finalists.
Under 10s
U10s training continues at the hurling wall on Thursdays from 6-7p.m
Share 0