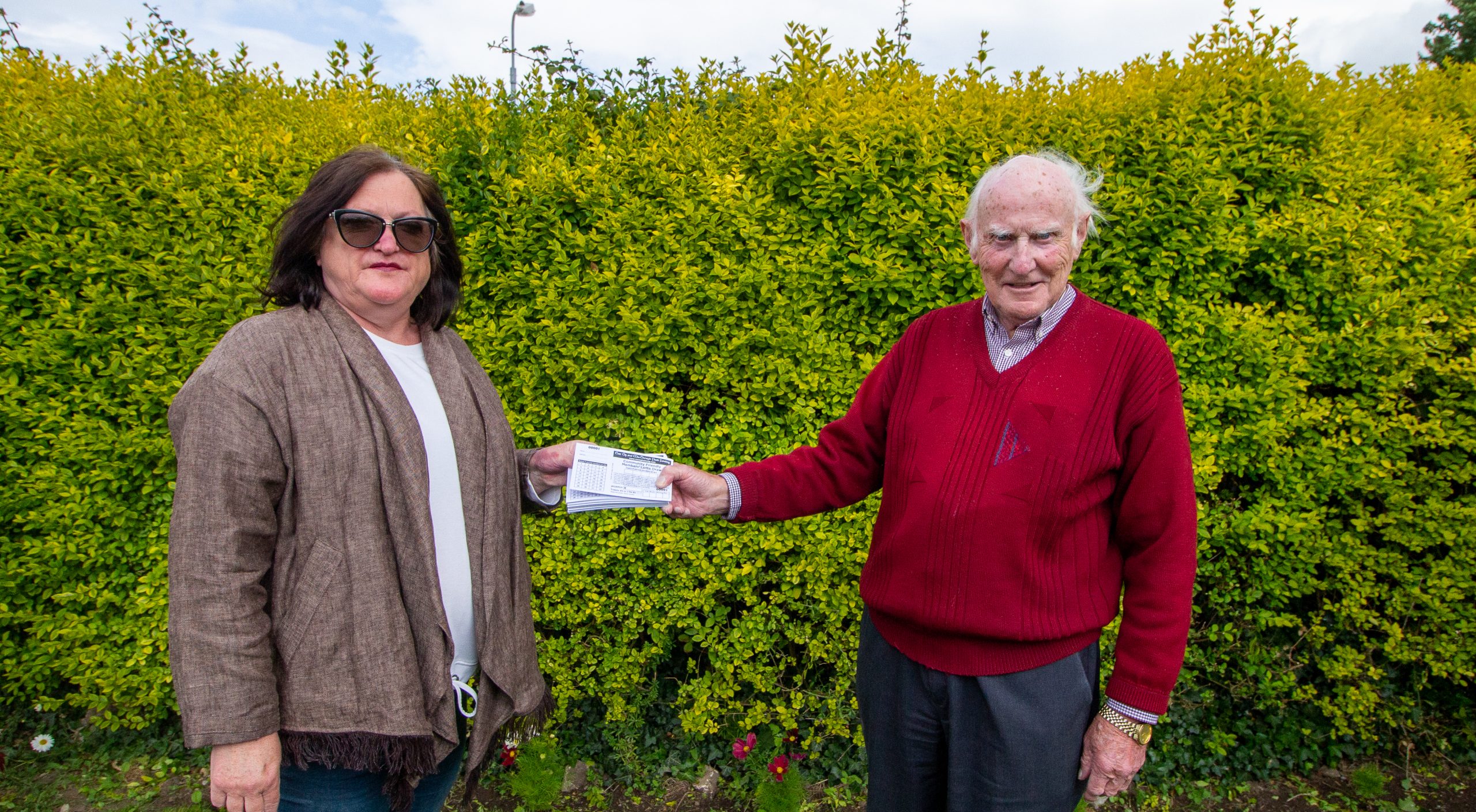 Yet another gift for our historians, the first ticket is sold in our new community lotto while we answer the age-old question, is it a hurl or a hurley? All this and more in this week’s news on the Blues

There has been some positive news in recent days regarding returning back to GAA action with the GAA releasing their plan. June 29th will see the re-opening of GAA pitches in a control manner.

The GAA Key dates are as follows:

The GAA are hosting an online webinar regarding the return to play guidelines tomorrow morning at 10am and if you would like to participate, please click here.

Our new and exciting Community Lotto is now up and running and if you would like to join please click here.

The very first jackpot will be €2,100 and will grow by €100 every week it is not won. For further information about how our lotto works please click here.

A Hurl or a Hurley?

The age-old debate as to whether the ash is known as a hurley or a hurl rages on when hurlers from different parts of the country meet up. Well, we have the definitive answer in this letter from Cork’s Ned Monaghan. Thankfully, we here in Tipperary, get it right and call it by its rightful title, a hurley!

Blast from the Past

On February 26, 1977, the now-defunct Sarsfield Handball & Social Club opened their new alley on John’s Street, Nenagh. Mr Michael O’Meara, the then chairman of the Nenagh Urban Council performed the official opening while the alley was blessed by Rev. Michael Sheedy.

According to the report in the Nenagh Guardian, the first game in the alley took place at 7:59pm between Pat and Joe Sheeran from Westmeath and Joe Henchy and Tommy Coughlan, 12th Battalion, Limerick.

Numerous trophies and plaques were presented on the night for various competitions including one to for Br. Wall for an under-18 singles competition and another from Peter and Annette Tobin for a competition of the club’s choice.

The alley was first built in 1932 by Edward Warren & Sons, Sarsfield St. Nenagh and was the site for the CBS school prior to moving to Summerhill.

“They’re a grand old team to play for”

TD, Michael O’Kennedy spoke about respecting the past and in particular the town’s sporting past and in reference to the teams of the past he added, “they’re a grand old team to play for”. While John Ryan, TD, spoke about his childhood playing for the old Shamrock’s Club and was delighted that, given the rivalry between Pound St. and Silver St., the new alley was on “neutral ground”.

To view the programme from the official opening, please click on the link below.

The club would like to express its sympathies to the family and friends of the late Ms. Brenda Gearty, Longford. Ms. Gearty’s daughter Liadhan and son-in-law Mark Hassett have been heavily involved in our camogie section for many years while her granddaughters Maeve and Ruth are members of our senior team.


The club would like to express its sympathies to the family and friends of the late Ms. Brenda Gearty, Longford. Ms. Gearty’s daughter Liadhan and son-in-law Mark Hassett have been heavily involved in our camogie section for many years while her granddaughters Maeve and Ruth are members of our senior team.
Ar dheis Dé go raibh a hanam

Eye on the Ball

Specsavers Éire Óg Under 8 & 10 boys & girls challenge – “Eye on the Ball”
We are delighted that one of our major sponsors have given us 40 goodie bags as spot prizes for a fun challenge. Any child that sends a video of them hitting a target with a sliotar or football are entered in a draw for a goodie bag. Any kind of creative ideas would be great. Some examples – knock over a bottle from a few metres, hit/kick a ball into a wheelie bin or basketball ring, hit a moving target, etc. Trick shots could also be used.

The clubs rebranded lotto is available to join online. This initiative will see the club supporting community charities as well as raising much-needed funds to support the continued development of the club.
This week all families will be contacted to encourage them to support the lotto and it is hoped that all families would not only take part in the lotto themselves but also encourage relatives and friends to do so. For as little as €2 per week, you can help secure the future of the club. Visit www.nenagheireog.com to sign up.


The committee is meeting to discuss the safe return of members to the club for training. All current players from all age groups will be contacted via their respective WhatsApp groups in the coming weeks with an update.

Under eight boys continue to receive two skills/drills to practice for week ahead. This is a chance for the boys to practice their skills rather than competition. The drills will give the boys the opportunity to have their hurls in hand as much as possible by practicing the demonstrated skills for the week. We are incredibly lucky to have the input of our senior players captain, and vice-captain Daire Quinn and Tommy Heffernan showing the drills over the next few weeks. Thank you kindly to both senior players for their time and effort in supporting our under eight stars on this initiative. This week Tommy took the boys through his chosen drills. Thank you to Tommy for taking the time to link in with the boys. If any parent or guardian has any questions please drop a note to one of the coaches.

This week we were treated to the compilation video of the under ten boys hurling competition. There was a prize for the best score and an open draw for all who entered for a further prize. Best score prize went to Adam with a massive score of twenty four and Cian won the open draw. Cian showed his dedication to the club by not letting a broken wrist stop him from participating. Keep up the practicing at home as the time is getting closer to getting back to the field. Our thanks to all the wonderful parents for working so hard to promote hurling at home during this difficult time.

Specsavers Éire Óg Under eight and ten boys & girls challenge – “Eye on the Ball” -we are delighted that one of our major sponsors have given us forty goodie bags as spot prizes for a fun challenge. Any child that sends a video of themselves hitting a target with a sliotar or football are entered in a draw for a goodie bag. Any kind of creative ideas would be great. Some examples – knock over a bottle from a few metres, hit/kick a ball into a wheelie bin or basketball ring, hit a moving target, etc. Trick shots could also be used. Please forward videos to Kieran/Niall for Under ten boys, Niall for Under ten girls, Cathal/Mike for Under eight boys, Kieran for Under eight girls over the next week.

The North Tipperary under fourteen Lockdown League concluded this week. Club prizes for this week were won by Kalum Darcy, Jake Houlihan and Phelim Creagh. Under fourteen management and players would like to thank Paudie Malone GDA for organizing the lockdown challenge.

Under sixteen teams are getting training sessions recorded and sent to parents to practice skills in the garden. These recorded sessions are also posted on the Éire Og newsletter for anyone to revisit. Eight different sessions have been sent out to date and a new session will issue this week.

Thank you to all the parents who encourage and support practicing our games at home each day, this is central to the children maintaining and developing skill levels and ultimately the enjoyment of our games. It is so important that the children do some practice at home to help them enjoy group training and blitzes when they eventually return. In addition, it would be fabulous to see the home coaching translate into an increased number of coaches within the club in the future.