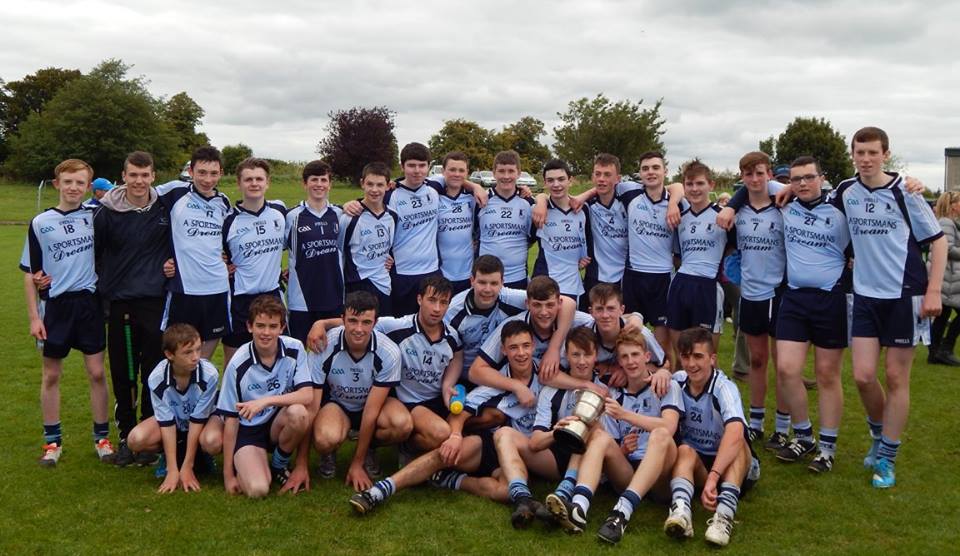 The Nenagh Éire Óg under-16A hurlers earned an eight-point win over Roscrea at St Michael’s Park in Toomevara on Saturday afternoon – the victory marked the Blues’ first win at the grade since 2012.

Two years ago this group had lost the under-14A final to Roscrea on a 0-8 to 1-10 scoreline. Once more Roscrea had beaten Éire Óg 2-19 to 1-20 during the group stage of this year’s competition, but on this occasion the Blues were in uncompromising mood. Indeed, Éire Óg raced into a 0-2 to no-score lead inside the opening three minutes.

A Jake Morris free got the Blues off the mark before Conor McCarthy notched one from play. The build-up for both scores had featured terrific work from the forward unit who won turnover ball. Indeed, the determination of the Éire Óg forwards to work tirelessly and hunt down those turnovers proved a resounding feature of this performance.

Roscrea got off the mark with a point in the fourth minute and although a Jake Morris free forced Éire Óg two clear Roscrea tied the game with successive points (one free) by the seventh minute.

Seán Shanahan fired Éire Óg back into a 0-4 to 0-3 lead by the ninth minute – Fiachra Carey played a key role during the build-up to this score when dispossessing a Roscrea defender.

Two long-range points from Conor Bonnar and a Jake Morris free helped Éire Óg into a 0-7 to 0-3 lead by the 14th minute. The Blues had now fired 0-4 without reply and it is also worth noting that the Roscrea ‘keeper had made a telling save to deny Seán Phelan a goal in the 11th minute.

To their credit Roscrea roared back into this contest. In the 15th minute Roscrea plundered a goal and then a point a minute later to tie the game.

The sides traded goal chances in the 18th minute – Conor Bonnar saw his shot saved at one end of the field while Éire Óg ‘keeper Scott O’Brien made a telling intervention at the other.

In the 19th minute the Roscrea defence failed to deal with a Jake Morris long-range free which snuck in under the cross bar and Éire Óg led by a significant three (1-7 to 1-4).

Seconds later Jake Morris added a long-range point from play, but Roscrea hit back with a brace of scores (one free) to cut the Blues’ lead to two (1-8 to 1-6).

A Conor McCarthy point opened a three-point gap between the sides, but Roscrea closed out the half in determined fashion with three points (one free) to tie the game at 1-9 apiece at the interval. Éire Óg were misfortunate to see a three-pointer ruled out for a square ball in the 23rd minute when Seán Shanahan cleverly guided a Jake Morris delivery to the back of the net.

Two Jake Morris frees during the opening minutes of the second half helped the Blues into a two-point advantage before Roscrea managed a converted free in response (1-11 to 1-10).

Éire Óg ‘keeper Scott O’Brien made a telling save in the 39th minute as points from Jake Morris (two) and Seán Phelan helped the Blues into a 1-14 to 1-10 advantage with twenty minutes to play.

Roscrea closed the gap to three in the 42nd minute, but Éire Óg surged five clear thanks to two Jake Morris frees (1-16 to 1-11) with fifteen minutes to play.

This contest reached a crucial juncture in the 47th minute when Roscrea won a penalty, but Scott O’Brien conjured a terrific save.

A Roscrea free left four in it entering the final ten minutes, but Éire Óg struck for the game-clinching goal in the 52nd minute – Seán Shanahan cleverly batted Jake Morris’ long-range delivery back across the face of goal and there waiting to apply the finish was Barry Coffey (2-16 to 1-12).

Scott O’Brien was asked to make two late saves as Roscrea desperately tried to respond while Conor Bonnar and Barry Coffey (free) concluded the scoring from an Éire Óg point of view.

Everyone associated with the club is immensely proud of the manner in which this Éire Óg group went about their business this year. The lads are a credit to the club, their town, their families and themselves. Indeed, it was instructive to note the determination of the lads to work hard and earn the result at St Michael’s Park in Toomevara on Saturday. In the 59th minute, for instance, left wing-forward Conor McCarthy won a turnover ball in the right corner-back position. Well done lads!

For a whole series of photos taken at St Michael’s Park in Toomevara on Saturday please click here.

Please click here for a video of the presentation ceremony and the players celebrating at St Michael’s Park in Toomevara on Saturday. 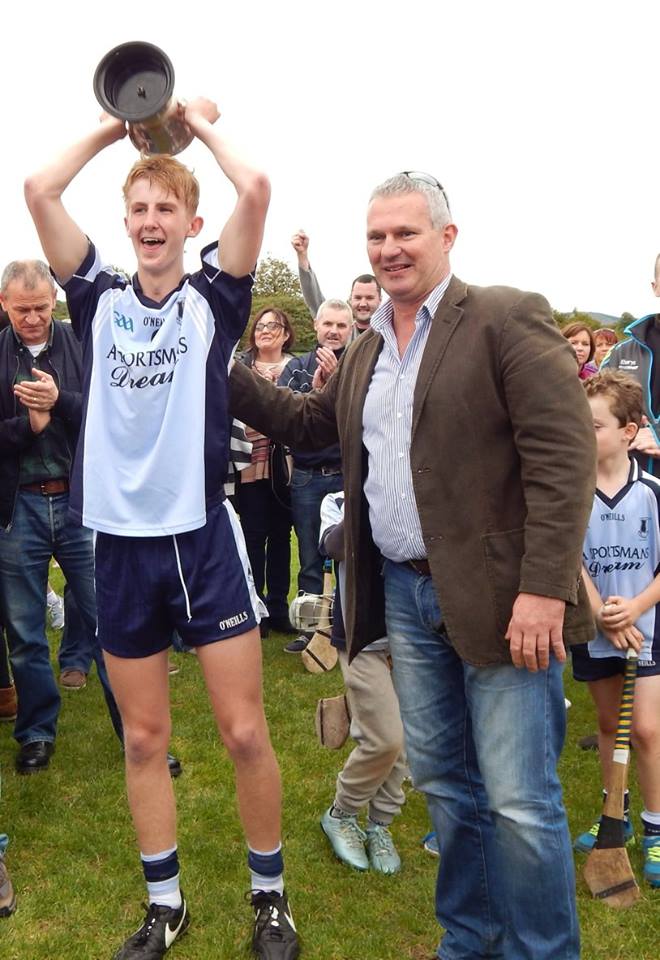