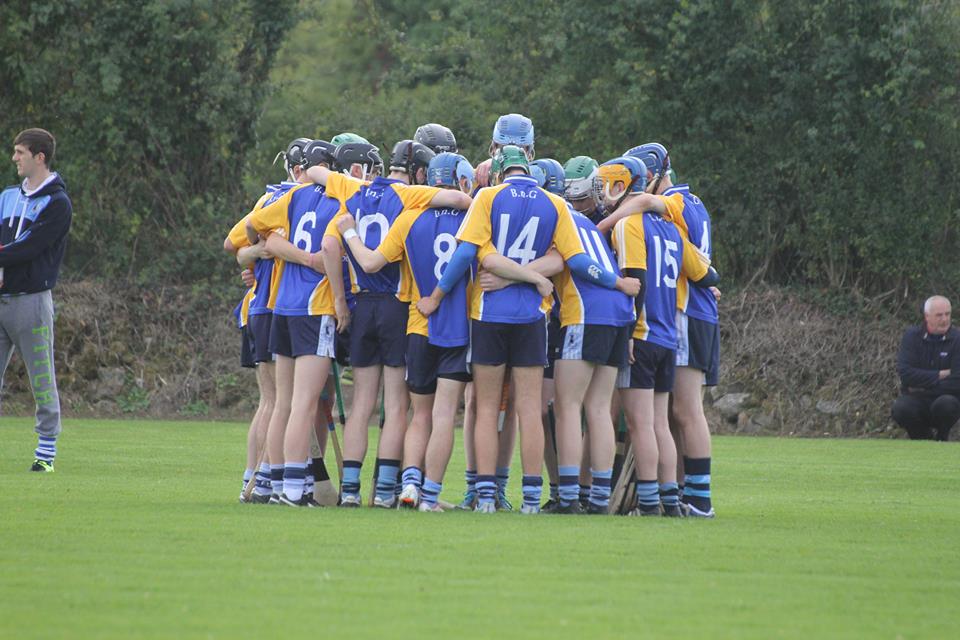 Nenagh Éire Óg over-turned a two-point interval deficit to book their place in the final of the county under-16A hurling championship against Moycarkey-Borris at Kickham Park, Thurles on Saturday afternoon.

South champions Moyle Rovers took the lead in the opening minute before Seán Phelan responded for Éire Óg in the fourth. Rovers then fired two points without reply to take a significant advantage before Conor McCarthy saw his snap shot blocked in the eighth minute. A superb right-handed point from Killian Malone in the tenth minute left one in it, but Moyle Rovers then scooted into a 0-5 to 0-2 lead.

Efforts from Jake Morris and Seán Shanahan reeled Rovers in a little, but another brace from the South champions saw the Blues trail 0-4 to 0-7 by the 18th minute.

Two Jake Morris points in quick succession reduced the deficit to one, but two further points from Moyle Rovers left three in it (0-6 to 0-9) as the interval approached. Éire Óg were also grateful to Scott O’Brien in the 24th minute when the Blues’ ‘keeper saved neatly. Late efforts from Jake Morris and Seán Shanahan left two in it at the break (0-8 to 0-10).

The Éire Óg performance improved significantly in the second half.

Although the sides traded two points apiece during the opening eight minutes of the second half with Jake Morris (one free) accounting for both Éire Óg scores, the Blues then hit 0-5 without reply to carve out a 0-15 to 0-12 lead by the 50th minute.

A Jake Morris point heralded a significant part of this contest. The hard-working Fiachra Carey then forced the Moyle Rovers ‘keeper to concede a ’65 which Jake Morris converted to tie the game in the 44th minute.

Éire Óg took the lead for the first time in the 46th minute when Daniel Molamphy picked out Seán Phelan and the corner-forward swung over a smasher (0-13 to 0-12). Conor McCarthy and Conor Bonnar soon added efforts and Éire Óg, who were now playing with the aid of the breeze, led by three (0-15 to 0-12).

Moyle Rovers added a converted free to their tally in the 51st minute, but the Blues were hurling well and in no mood to concede an inch of ground. Indeed, Éire Óg conjured the score of the game in the 52nd minute – Mark O’Farrell won a terrific turnover at centre-back and worked the ball toward Seán Shanahan who turned the ball into the path of Conor McCarthy and McCarthy belted over a left-handed effort.

In the third minute of second half injury time a Moyle Rovers player was sent off for a second bookable offence.

The Nenagh Éire Óg under-16A hurlers pictured prior to their clash with Moyle Rovers at Kickham Park, Thurles on Saturday afternoon – for a whole series of the photographs from this entertaining contest please click here.

In the final Éire Óg will face Mid Tipperary champions Moycarkey-Borris on Saturday, October 3rd in Annacarty at 2pm. In their respective semi-final Moycarkey-Borris beat Arravale Rovers 6-12 to 3-12. 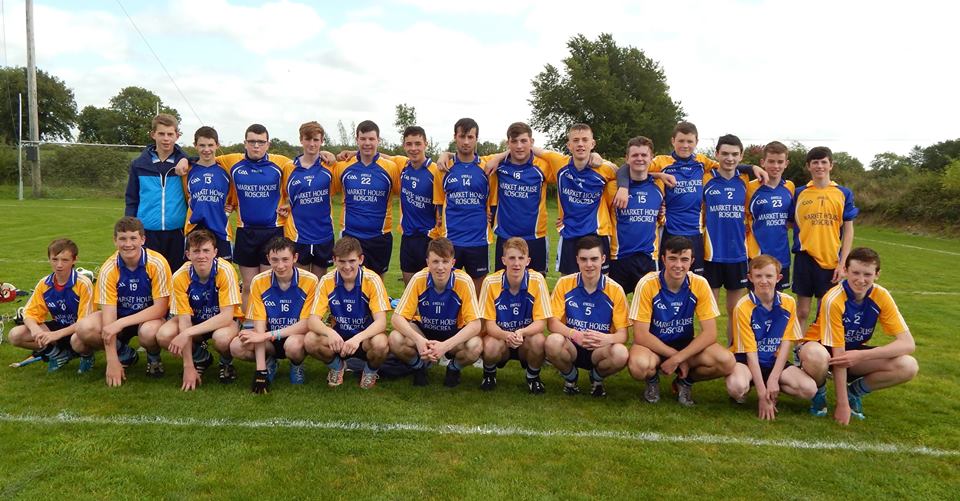 The Nenagh Éire Óg under-16A hurlers pictured prior to their clash with Moyle Rovers at Kickham Park, Thurles on Saturday afternoon – for a whole series of the photographs from this entertaining contest please click here.